I have absolutely no idea of how many miles I may have run in 2014.   583 miles?  2,781 miles?  Your guess is truly as good as mine.  I didn’t keep track of the number of miles I ran this year (or any year if we are being honest) because my 2014 training and racing season was done with no rhyme or reason, other than to focus on enjoying what I love to do.  And this year, that love surrounded trail running and obstacle racing.   Despite the lack of training for anything in particular, we were fortunate to race quite a lot this year.  So as a fun end of the year post, I present you with the “best and worst of 2014” awards, nominated and voted for by me.  Because I’m the one who writes these posts around here.

For the second year in a row, the 7 Sisters mountain range chewed me up and spit me out.  I lived to tell the tale, though barely.

For years I had ranted and raved about how I bled Spartan Race blood, and I would never do a Tough Mudder, blah blah blah.   But then  Geoff and I reluctantly attended the New England Tough Mudder at Mount Snow, Vermont, and really enjoyed ourselves.  So we headed up to Maine a few months later to give it another shot, and had a downright BLAST.   I’ve said it before, but I’ll say it again: I’m sorry I ever doubted you Tough Mudder.

WHY DID I SIGN UP FOR THIS?   GORUCK Light – Mogadishu Mile – Portland, Maine.

I don’t remember much other than shivering uncontrollably and willing myself not to cry (what I do remember is outlined in the review)  Mentally, this may have been one of the hardest events I’ve ever undertaken.  As soon as we finished, I swore up and down that I would never, ever do a GORUCK event again.  But that moment passed, and I do look forward to trying a GORUCK again in the future…during the warm summer months this time.

I thought I was a decent obstacle racer.  And then I finally visited Rob Butler’s permanent OCR course in Benson VT, and was quickly shamed (by myself) over my lack of, well, everything OCR skills.   You haven’t SEEN obstacle racing until you tackle Shale Hill’s 100+ feet of tarzan swings, or the painfully long UPHILL monkey bars.   Humble pie.  I have a lot of work to do.

The good: quality time with family.  The bad:  EVERYTHING else.  It was no surprise that just days after our event, the entire 5K Foam Fest series was canceled and the company declared bankruptcy.  I still secretly wish I got a medal before they called it quits, though. 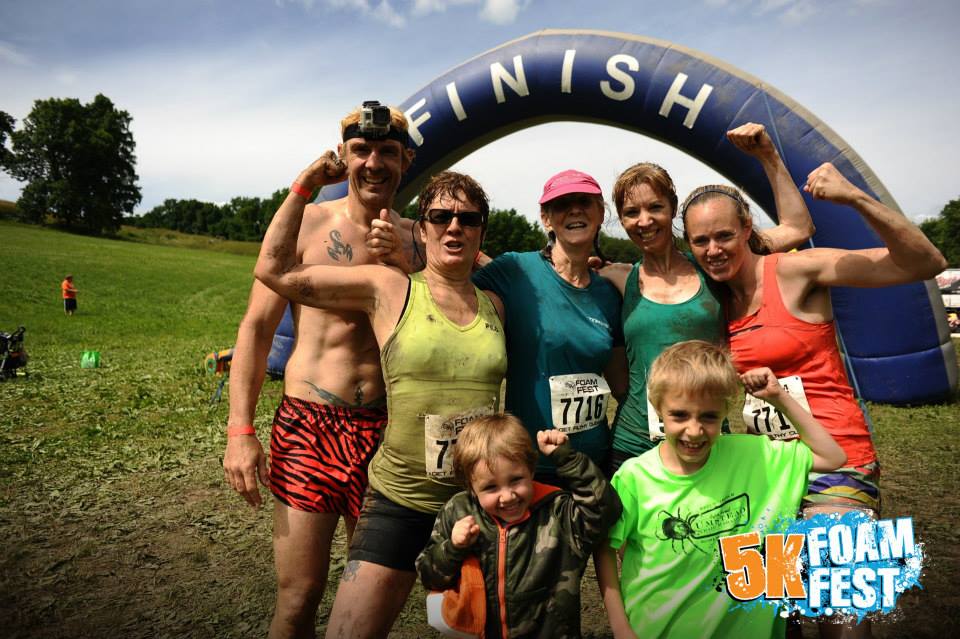 THE ONE THAT WENT VIRAL:  Runner’s World Heartbreak Hill Half Marathon

I always have something to say, but it is rare that anyone outside of my inner circle listens.   During an amazing weekend at the inaugural Runner’s World Heartbreak Hill Half Marathon Festival, I got sick, and walked the half marathon instead of running.  I hung with the very, very back of the pack, and I didn’t love what I saw.  So I wrote about it.   Tens of thousands of page views and hundreds of comments in just a few hours later, I surprisingly got people to listen.  I just hope that now the dust has settled,  people still remember how passionately they reacted, and that the story truly inspired change.

The very first race of a new series can go one of two ways: success or failure.  In my opinion, the O2X Summit Challenge at Sugarbush Mountain here in Vermont went a third way: perfection.  From a fantastic dinner the night before the race, to a bonfire with the founders, camping on the side of a ski slope, to amazing race shwag.  AND MOST IMPORTANTLY: an amazing race course.  (read the recap!) Life prevented us from attending a second O2X challenge this fall, but I will most certainly be adding them to my 2015 lineup. 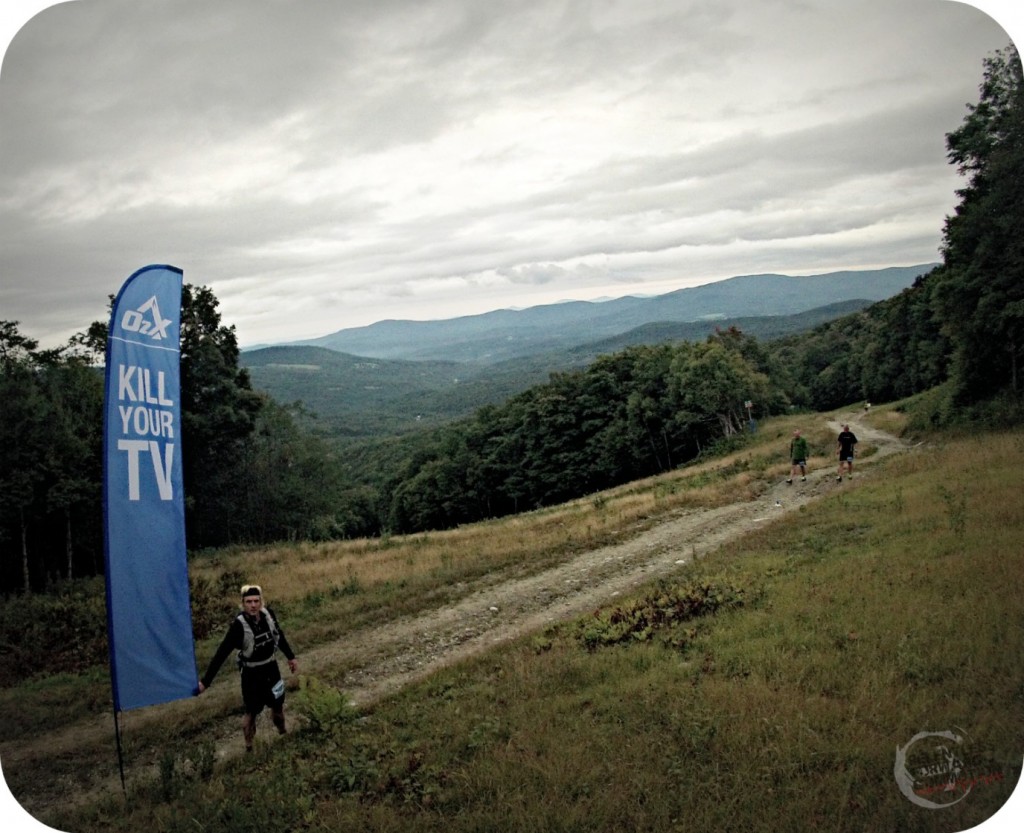 The irony of the “Death Race” getting the “Rest in Peace” award, aye? I’ll never forget the friends I made nor the ridiculous stories that came out my three years working the Death Race. Though never a racer myself, the Death Race will always hold an important place in my heart.  I’m truly sad over the way things panned out, but I look forward to new adventures in the future.  SODALITAS PERDVRANTIVM. 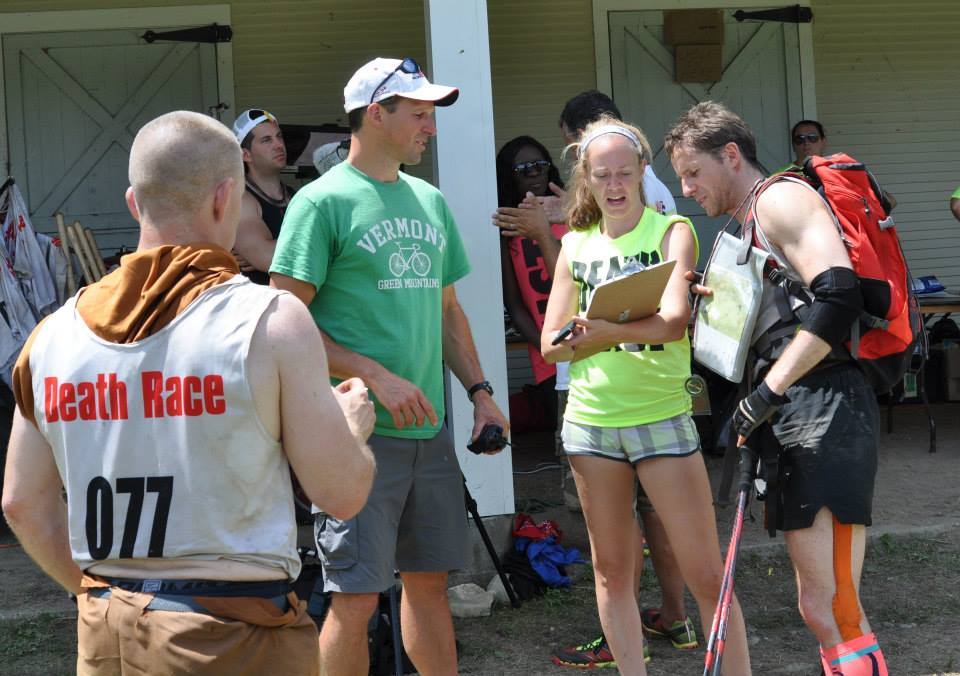 After putting this race off for two years in a row, the third time was the charm, and we made it into NYC for the Men’s Health Urbanathlon.  While the “obstacle” portions of this race were exactly what I expected, the copious amounts of road running were a surprise.  Yet my legs welcomed the surprise, and I shocked myself by running hard AND having fun.  I was reminded that despite my love for trails and mud, the pavement will always hold a small piece of my heart as my first love. 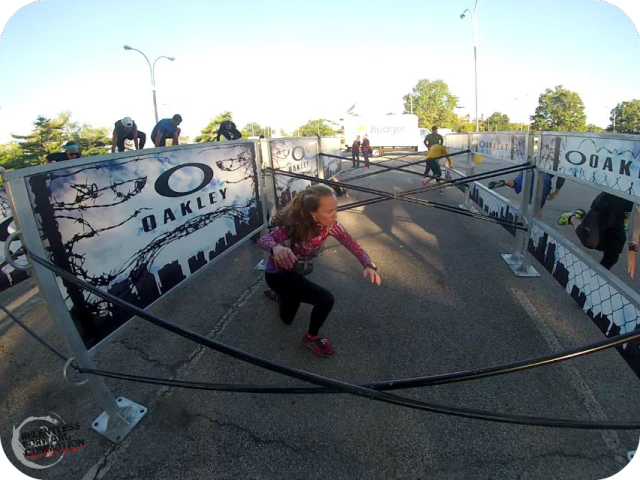 and sledding to the finish line during Mass Mayhem.  Sledding!

Though not necessarily my favorite race of the year, it was the culmination of a Spartan trifecta and a brutal course. 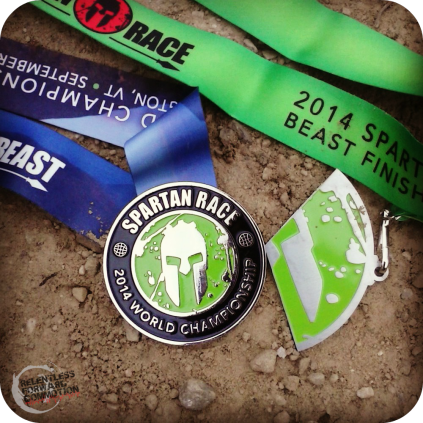 Telling Bart Yasso for the second time that I’m out to take his job.   Travel, run, and write.  My dream job! 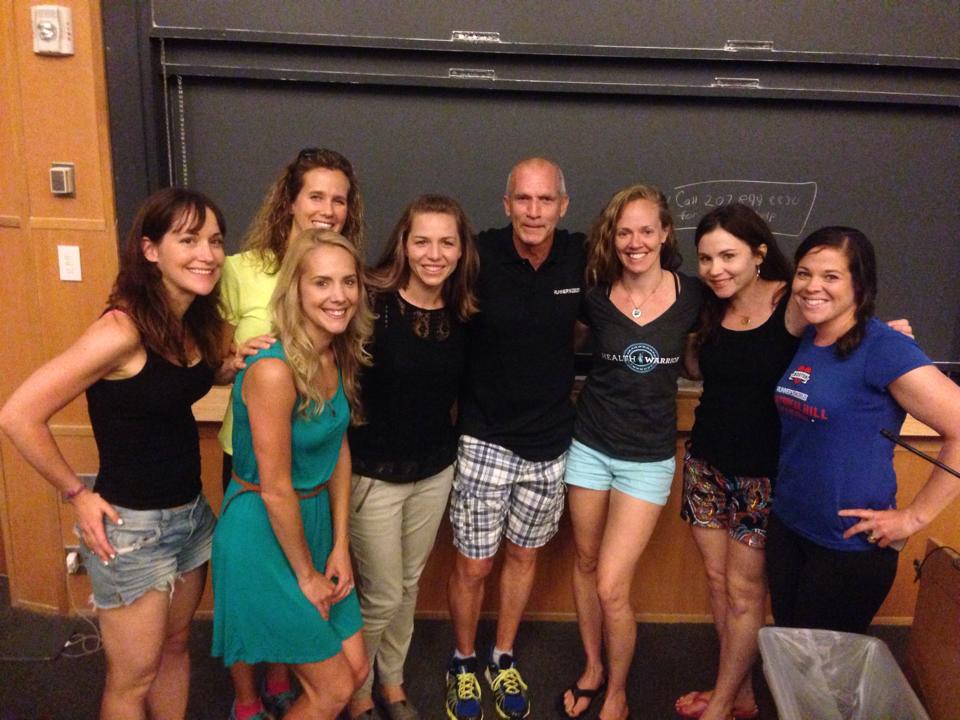 And here’s hoping in 2015 there will be plenty more travel, racing, and writing about it.    Thank you for all of your support in 2014 and for joining along for the ride!

(Check out THIS PAGE for the entire 2014 race recap list)

What was your best/worst/most obscure race moment of 2014?  What do you have planned for 2015?