I dug out the old speedo one piece (hoping this boot camp gets rid of that back fat!), found my swim goggles (Rowen told me to watch out for sharks when he saw them) and went to the pool today. For the first time EVER to swim laps. And I have one thing to say, friends:

Swimming laps is WAY harder than it looks! And totally different from running.

So the day didn’t go *exactly* as planned. My co-workers daughter spent a few years on the swim team, and offered to go to the pool with me to watch and critique my swimming, hopefully pointing out what I’m doing wrong. I’ve never had formal swim lessons, and I feel like I’m floundering around in the pool. So anyway, there was a misunderstanding on my part about what time the pool closed today (they close early on Fridays) so I canceled and rescheduled for Tuesday.

But then I got out of work early. Co-workers daughter wasn’t able to meet me early, but I figured since I had a babysitter at the house with the boys, and my bathing suit with me in the car, there was no excuse to not swim.

So here’s something new I learned today: Open Swim and Lap Swim are NOT the same thing. Who knew? Open swim was what I had endured today….but I managed to find half of a 25yard lane without a million splashing summer camp kids in it. I was only allowed to swim half the lane because of the diving board. Apparently the lifeguards didn’t want anyone cannon-balling on my head.
But really, it was ok. Because 12.5 yards, turn around 12.5 more yards, was enough to make me stop at the end of each lap, stand up, and catch my breath. I really suspected all 8 of those lifeguards were laughing at me, the only person in the pool over age 10, pretending she knows how to swim laps but really looked like a drowning cat. 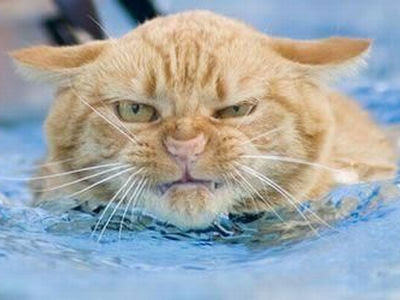 But I did it. I swam amongst the sharks….I mean summer camp kids playing marco polo.

700 meters for this triathlon is going to take A LOT of hard work over the next month! But I have convinced myself I can do it. I will do it. Today was just the very first step (well, minus the last 6 months of running, but that doesn’t count, haha)

On the way home I stopped by the book store and bought myself “congratulations for surviving one week of boot camp AND getting up at 5:00 am everyday (but Tuesday) ” presents. 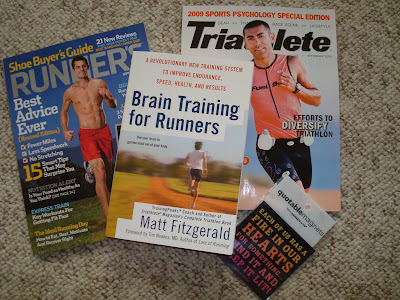 I’m excited to read the book. I’ll let you all know how I like it. Although I only have 2 weeks before school starts (when pleasure reading gets replaced with required reading) and two kids to chase around…so it make take me a while to finish it. Such is the life of a mama 🙂

Long run tomorrow, 11 miles (we backed up a bit) and I’m actually REALLY looking forward to it. Happy weekend friends, good luck to everyone racing!

It's been quite a while since I've written a shoe review in these parts. I had fallen into a regular routine of ordering the exact same shoe model over and over, because why mess with what works? Alas, on a fateful day in New Jersey last October, I reluctantly put on a demo pair of Merrell Bare … END_OF_DOCUMENT_TOKEN_TO_BE_REPLACED

Alright brave readers, we're about to talk about my vagina again. As mentioned in a post two months ago, I'm suffering from what is known as a pelvic organ prolapse. I'm sure some of you may recoil at reading those words, but it's one of those shitty things that happens, frequently, and I'm not … END_OF_DOCUMENT_TOKEN_TO_BE_REPLACED

Coach Heather here, with a helpful post describing 5 ways to guarantee you'll hate running. I assure you that while the title may sound satirical, I'm absolutely serious with this post. (No really, stick with my sarcasm here...I've got an actual point to this post.) You see, I've made … END_OF_DOCUMENT_TOKEN_TO_BE_REPLACED