Preface:  This post was meant to be a quick recap of my weekend.   But Monday morning presented me with a handful of clients, a lawn that desperately needed mowing and didn’t have distinguishable boundaries (is this lawn, or is this garden?) and then my computer restarted on its own free will, losing the previous unsaved draft of this post.   Thus I present you a weekend story, on Tuesday.

I love exploring new places.   I love to travel, I love to sight see, I love to road trip, I love adventure.  It simply boggles my mind how huge this planet is, and how much there is to see; the exploring could literally never end.   I dream of exploring far away places, but for now,  road trips around New England make me just as happy.

Things that make me as giddy as a kid in a candy shop include:  finding a permanent obstacle course set up in a park.

While traversing around Portland Maine this past weekend with Geoff and his amazing sister Jenny, we stumbled upon this awesome set- up in a local park.  Though we were all wearing jeans and far from appropriately dressed for scaling walls and playing in the mud, all three of us dove right in.  Plenty of walls, cargo nets, and monkey bars, with zero lines, liability waivers, and entrance fees.  I’ve been pining for a wall of my own in our backyard, but this discovery came in as a close second. 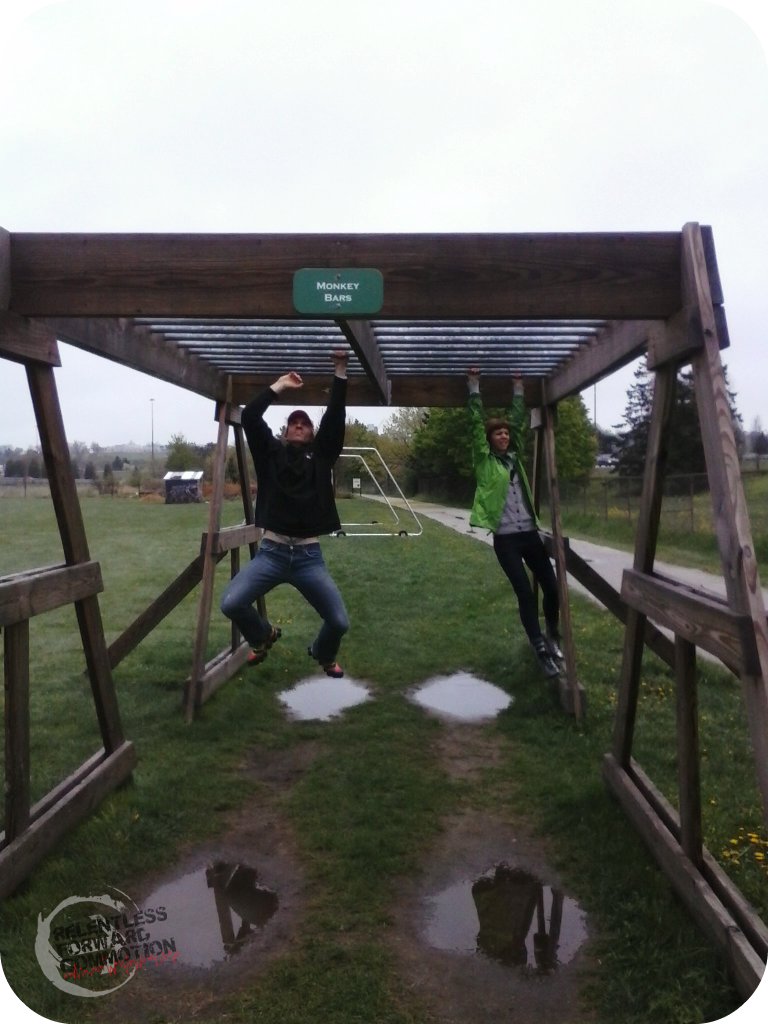 Though a mere coincidence…the mud puddles were appropriately placed.

“I will not fall into the mud with the brand-new-not-yet-reviewed Kinvaras….”

We ran around and played like a bunch of little kids released from the confines of a classroom for recess.   We practiced wall climbs in the wrong shoes (even Jenny’s shiny boots!) and Geoff tried to teach us a wall flip technique that I’m pretty sure might land me in traction…so I’ll stick with what I know.

Then we spent the rest of the weekend eating and drinking our way through town, while oogling at all of the touristy sights.  I took pictures of   some of it, because I figured if Monday morning didn’t include a race recap, pictures of potato donuts would run a close second.

The train, the train! 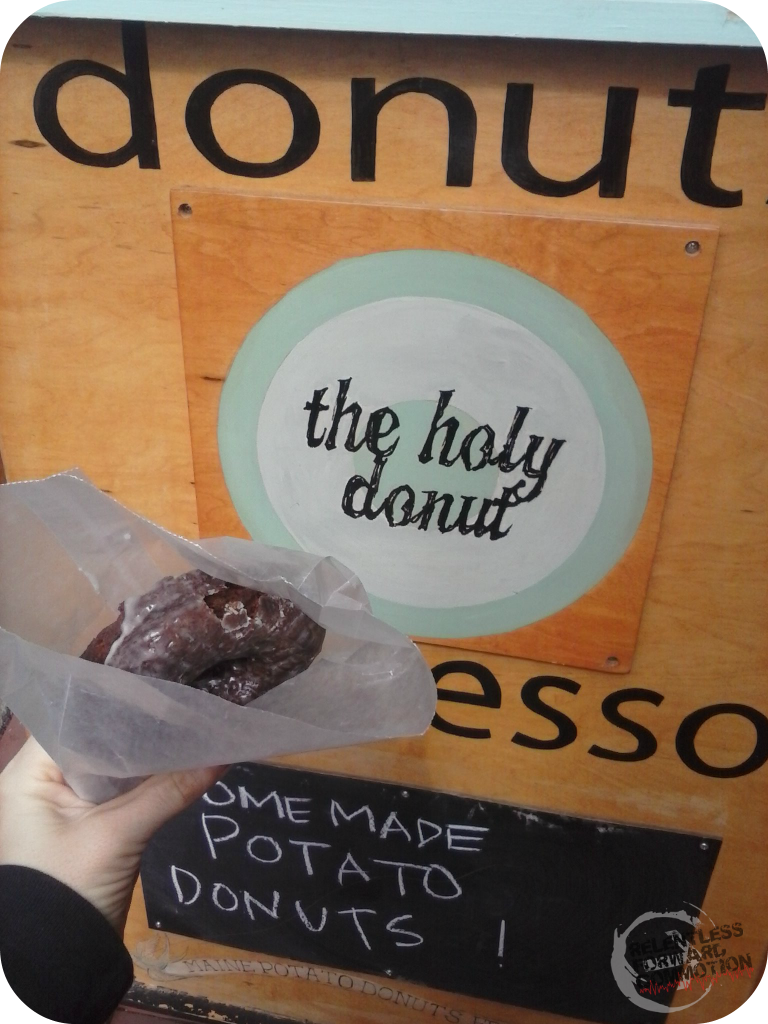 The Holy Donut, made with Maine potatoes. I was skeptical, but it was hands down the best donut I’ve ever had. And that’s saying something, because I eat a lot of donuts.

Something funny was said, I’m sure. We are entirely incapable of a serious photo.

Not pictured: we ran a “Nickelodeon” themed trail with some new running friends, where one guy dumped green slime (“You can’t do that on television” style) on the entire, unsuspecting, group from an overpass.  It was hilarious, classic, and the timing perfect…but I have no pictures to share.

« Yesterday
Friends of Pisgah Trail 10K (alternate title: The Time I Was a Jerk at the Finish Line.) »

When you were little, chances are your mom was always hounding you to "go outside and play". Little did you know, she was doing more than just trying to get you out of her hair - she was helping you stay healthy. As adults, we seek alternate ways to enjoy the outdoors that differ from the … END_OF_DOCUMENT_TOKEN_TO_BE_REPLACED

The older I get, the more I truly believe that the Universe has a way of frequently working things out, if you're open to it. It might not be what you expected, or wanted, but nevertheless it will be a happy ending. A classic case of the Rolling Stone's "you can't always get what you want, but if … END_OF_DOCUMENT_TOKEN_TO_BE_REPLACED

Runners are always hunting for the best and most effective way to recover from hard workouts and races. And who can blame them? The ability to recover quickly means athletes can continue training hard, which in theory, means progression to becoming a faster, stronger runner. Naturally, when a … END_OF_DOCUMENT_TOKEN_TO_BE_REPLACED