Over the last six month I’ve worked really hard on not being such a hypocrite as a fitness and health professional.  In other words, I’ve tried my darndest to stray from the “do as I say, not as I do” mindset, and instead lead by example.   This has been increasingly important as I take on more and more running and training clients who I am connected with on social media, and therefore, they are following my every move almost as closely as I am following theirs.    Of course, they aren’t the only reason I’ve been stepping up my game: as my training volume increases and my goals become larger and even closer within reach, “behaving” myself (and not training like a total asshole)  has become a priority.

But every now and then, I still slip up.

One thing I stress to my clients is the idea that they need to focus on where they are in their training right now, at this very moment.  Not where they were six months ago.  Not where they hope to be in another six months.  But right at this very moment.   This is even more imperative for athletes coming back from an injury, or attempting a distance or event they’ve never trained for before.   It’s so easy to get caught up in FOMO, watching what other people are doing with their training, wondering if you are doing enough yourself.

Sure, it takes drive and motivation (and sometimes a dash of stupidity) to “beast mode” and train your tail off.  But it takes an extreme level of discipline and willpower to follow your training program to a tee.  To do just enough, do it well, and not do too much…and then of course, trust that it will all work out in the end.

I am in week 17 of my training plan for the 100 miler with 5 weeks left to go.  I have a solid year of base mileage to back that up.  Up until this point, I’ve been pretty confident with my training.  I made a plan, I’ve been following the plan, and my hard work has been paying off in killer (well, better than I anticipated) training runs and races.    Last week, however, things didn’t go exactly as planned.  My 30 miler turned into a 26 miler, my 20 miler only a 10, and suddenly I started to panic.

With my goal race now within reach, I suddenly feared my runs weren’t long enough.

I feared that my effort was good, but not great.

And so in a moment of haste, I logged into my training spreadsheet and got busy editing. I turned this week, a cutback week, into another build week.  I bumped next week to equal the high mileage of my very last week.  And then I sat back and marveled at the prospect of nearly 240 miles in three weeks.  That looked more like it.  Whatever “it” is in my crazy head.

The thing is, kids, I know better.  I really, truly do.  But crazy goals sometimes make you want to do crazy things.

And a few days after bumping my rest week to a build week, my legs reminded me that they thought this new plan was bullsh*t, and responded accordingly.  So, we’re reluctantly (and for once, smartly) back to a cutback, as originally planned. 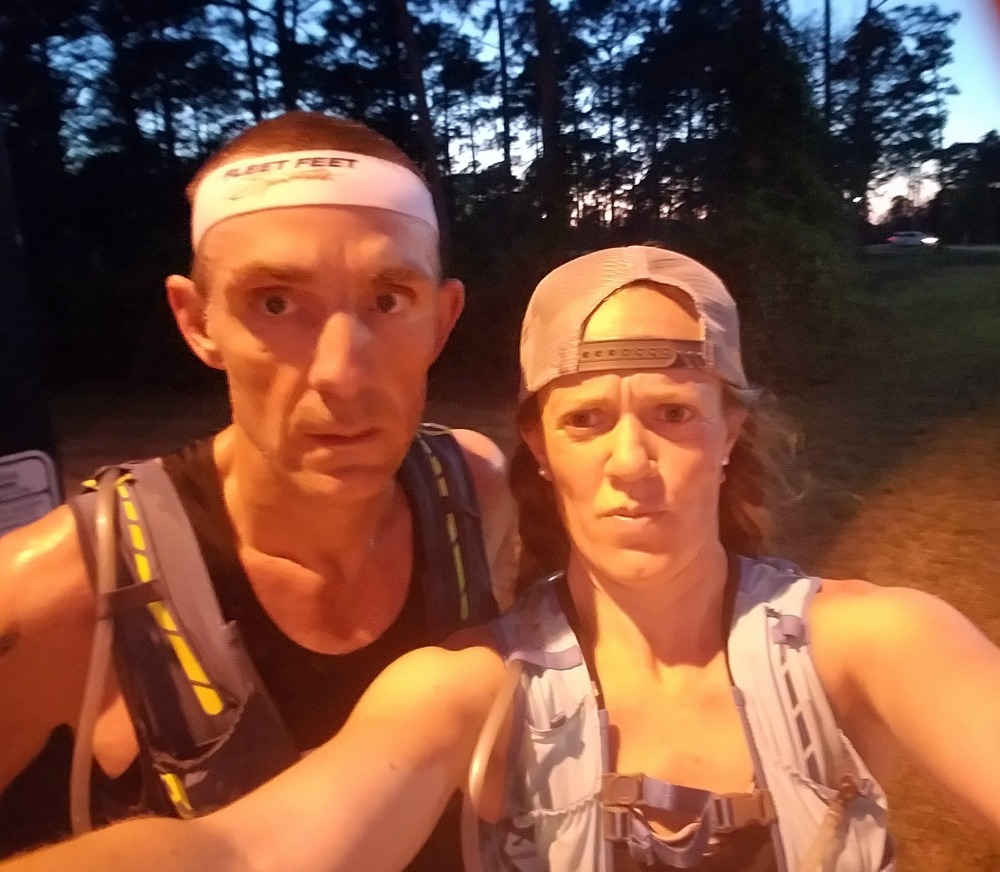 The exact moment during a 10 mile tempo run when my legs told me to go to hell.

I’ve been running for over 10 years now, but it’s only been within the last year and a half that I’ve focused on ultra training.   For all intents and purposes, I am a “newbie” at this sport.  But without even realizing it, I’ve gotten caught up in the idea of doing even BETTER than “just finishing” for my first 100.  I’ve gotten caught up in what other people are doing for training, what their weekly mileage is.  I’ve been comparing my training, here in flat SC, to the training friends and acquaintances do on extreme elevation or high altitude.

I’ve started doing exactly what I tell all of my clients to NOT do.

My point of all of this rambling is to share a little transparency.  And admission that seemingly few of us are immune to the comparison game.   Even sometimes I have to step back and remind myself to work on the runner I am *right now*, not the runner I was, not the runner I hope to be, not the runner Anna Frost is (HA! Just kidding. I’ll never be there).

And also…I think coach Heather might be ready to hire a coach of her own. 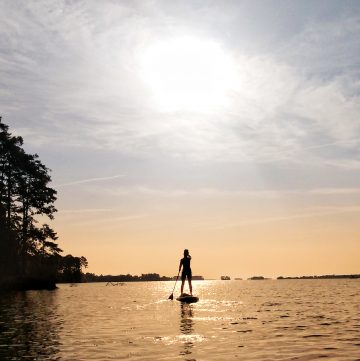