I am a perpetual over-sharer, not much in my life is sacred or safe from the world wide web.   Complete strangers probably know me just as well as my own mother does, because I document everything in 21st century fashion: online .  Lately, though, there have been some things going on in my world that I’ve kept in the shadows of this blog or my social media feeds, simply because it’s not really my news to share, even though it affects my heart greatly.  So forgive me if the following is a little vague.  Bear with me though.

The phone call came one night and blindsided me with bad news.  It hit me harder than I would have anticipated, even if you had asked me a mere 24 hours earlier how I would respond to said news, if I ever received it.  The heart is funny that way.  The principle of causation certainly had a significant factor in this case, so much so that this news itself shouldn’t have been a shock to any of us.  It wasn’t a matter of “if” this situation would happen, it was most likely a matter of “when”.  Well, “when” came, “when” is here, and I cried big unexpected, broken hearted tears.

So, the news was bad at first, but then it was much better.  Promising to the point that the perceived threat was practically gone.

Except it wasn’t gone.

Another phone call informed me that said threat was now scarier than before.  If it were American Dad Stan Smith’s Terror Alert refrigerator magnet, we would have gone from yellow to green back to orange.  Orange isn’t as bad as red, but it’s still a scary, uncertain place to be.

The funny thing about bad news is that you can imagine all day long what it’s going to feel like if you ever receive it, but you never truly know how you’ll react until it actually happens.   In my case, this news has left me wildly introspective about the concept of time.  Not in the “holy shit, I’m getting old, what’s my purpose here on earth?” sort of way.  No, I’m ok with aging (36 has been a great year so far), and I’m pretty content with my purpose here on earth.

(It’s to sucker people into running ridiciulous distances under the premise that it’s “not really that much further than a marathon”.  I kid…maybe.)

It’s more in the “there is so much to do, so many amazing places to visit, and so many people I love and want to spend more time with…why am I not doing more of those things and less of the things that really don’t matter?” concept of time.  To be 100% transparent, it feels equal parts overwhelming, terrifying, and frantic, all at the same time.

So I’ve dealt with these emotions in both the normal Heather fashion and a more practical way:  I’ve been running a lot and bought a plane ticket home. 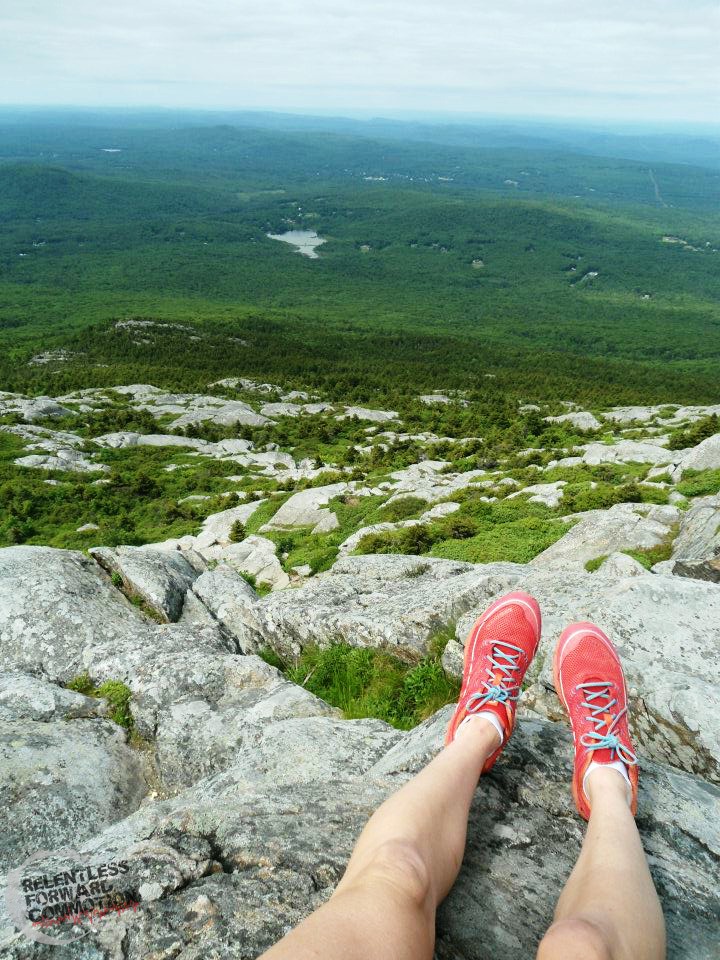 It’s hotter than the firepit Satan cooks his s’mores in,  but I’ve been out there every single day putting in my training for Barkley Fall Classic.  And the alone time with my thoughts and ever increasing heart rate (thank you, heat and humidity) has given way to a lot of clarity and harsh realizations of “growing up” (36 = still not there.)

I realized the following is absolutely true: one day you’ll wake up and realize that when you were running around, being “busy”, time has slipped through your fingers. You’ll realize how many things you’ve put off…the phone calls, the emails/letters, the vacations, the trips back home, the quiet moments where you just stop and BREATHE and truly take in all of the wonderful things and people around you…because you always assume there will be time for all of that later. A time when you are “less busy”, a time when things fit better in your schedule, a time that is “right”.

But the reality is, we are all living on borrowed time. Tomorrow is never guaranteed. The time isn’t ever right. The reminders of this, which usually come when you least expect them, can sting…or hell, even feel like a sucker punch. Mostly, because we’ve all been told this a thousand times before, that time goes by in the blink of an eye, but we assumed – or at least hoped – that we’d somehow be immune to time.

Yet time waits for no one, there are absolutely zero exceptions to that rule.

The view from a long, introspective run today.

I have so much more to say about all of this.  I also have so many people to see, things to do, and adventures to have.  But in the meantime, let me say this:

Put down your phone (you’re almost done reading this, anyway). Go outside. Laugh with your kids. Call your mom. Go on that vacation.  Run that race. Tell the people in your life that you love them. Follow your dreams, not tomorrow…today.

Previous Post: « The Runner’s High: What Is It, and How Can I Get One?
Next Post: 4 Ways to Avoid Marathon Training Weight Gain »