Once a week, I head down to the elementary school and spend about an hour eating lunch with my sons.  They are both quickly nearing the very edge of that age where it’s still “cool” to spend time with mom rather than eat with their friends, so I’m taking advantage of it for as long as possible.  In fact, to quote said 9 year old, cafeteria dining with him is “totally fine, until someone makes fun of me.  Then you need to stop coming.”

But back to the story.  There is a small gap between when kid #2 leaves the cafeteria and kid #1 arrives for lunch, so it gives me ten solid minutes of truly witnessing the utter chaos that is an elementary school during lunchtime.   My two main observations are as follows:

1) Elementary school teachers and staff are saints, and I’m absolutely certain they are not paid enough for the patience, compassion, undivided attention, (and did I mention patience?) that they give our kids.

2) Human beings are born to run.

Watch any one of these kids when they do something as simple as stand up from their lunch table to head to the other side of the cafeteria to retrieve a napkin.  It takes every ounce of their energy and self discipline to NOT run across the room.  Their little legs push the envelope of the pace and biomechanics of where walking ends and running begins.  Yet they force themselves to not cross that boundary, for a nearby teacher or lunchtime attendant will surely scold them for running.  And you can see how not running pains them, as their little eyes bug out of their head and they almost force their arms to stay pinned at their sides, for fear that the second the arms start swinging, the legs are sure to follow.  It is equal parts hilarious and heartbreaking to witness.

And if the cafeteria doesn’t convince you, head to the playground, where you will surely see countless examples of instinctual running. Kids run from point A to point B not because it is the fastest form of travel, but because running is simply what comes naturally.   In fact, you’d be hard pressed to find any kids walking, unless they are injured or told they mustn’t run, an almost inhumane playground punishment.

But somewhere along the way, we grow up and our running bouts slow down.  It is drilled into our heads by parents, teachers, and society as a whole that running is dangerous, foolish, rude, etc.  No running in the hallway.  No running across the parking lot.  Don’t run with scissors.  You get the idea (though the last example might actually be worth following).  Eventually we find ourselves at an age where running anywhere for any other reason than exercise is downright frowned upon.   And by that point, most of us have lost the instinct to run, and instead running becomes a dreaded chore.  Something hard, something uncomfortable, something we only do in order to log miles or burn calories. 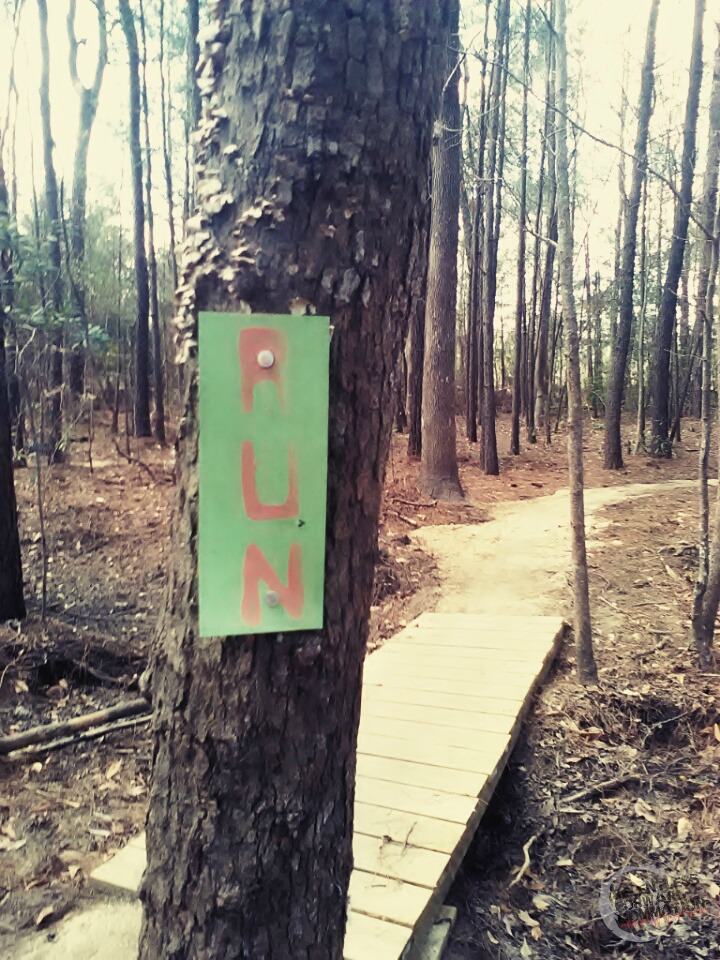 “I think people are obsessed with comfort, to the point that they forget.  And if you don’t have any discomfort in your life, how do you know when you feel good?” -Gary Cantrell/Lazarus Lake

I knew when the Barkley Marathons documentary hit Netflix, that people would go crazy for it.  What I didn’t expect was that countless people would begin sharing links to or about the documentary on my Facebook wall, telling me that this race looked right up my alley.

And to a degree, they weren’t wrong. I’ve wanted to do this race since I first read about it in a Runner’s World article about the race back in 2011.    But what surprises me is that people could have the idea, even if just for a fleeting moment, that I would ever be capable of such a thing.

As of today I’ve now got two “official” 50K’s and 50+ mile finishes under my belt, but I still don’t consider myself an ultra runner.  Sure, I’ve used the title a time or two on various social media profiles, mainly because “ultra runner” takes up far less characters than “ultra- runner-wanna-be-in-training-just-kidding-I-don’t-really-train-I-just-run-a lot”.  Lately, people have been making sideways remarks to Geoff and I about our crazy-far running status.  Nothing rude or hurtful, just a passing “oh, but a half marathon is NOTHING for you guys” or “50K? I can’t even fathom, you guys are so badass”.

The thing is, I’m not badass.  Not even close.

Most days, anything over 4 miles still kind of sucks, but for some reason I just keep going.  And I really don’t know why.  It’s as if I’m compelled to run, as if in a world full of confusion and uncertainty, this is one thing that I know is supposed to happen.  Not for a finish line or a qualifying time, or a medal or an entry into something else.  But simply because my body wants to run, nothing more.

Suddenly the days when I gave a sh*t about my pace are long gone, proven by the fact that most days I have no idea where my GPS watch has gone, never mind where I’d even begin to find it’s charger.   Now my time concerns are more along the lines of “how far can I go before I need to quit?”  So far, it’s never far enough.   One day, maybe, I’ll be badass enough for some of those mighty crazy races, for a 100 mile finish, or something as insane as Barkley.   But for now, it’s not enough.

And truthfully, often times I question when it ever will be enough.   Even if I achieve well trained, athletic prowess, badass status, will it be enough?

And while we’re at it, what is it I’m running after? Or away from?  Why do I feel compelled to spend the first half of a day suffering through hours of running, while spending the second half trying to recover, apologizing to my body for the damage I’ve done, only to get up and do it again 48 hours later?  When will I reach that point, where  I’ve had enough “discomfort” to make me appreciate the comfort?

The answer is, I don’t know what I’m running after.  And I’m pretty sure it never will be enough.   But as I sit in the cafeteria watching another 7 year old force her legs to slow down,  I’m suddenly hit with the realization that perhaps I don’t need an answer or an explanation.

Perhaps I’m one of the lucky ones, because I haven’t forgotten.  Perhaps I’m just doing what I was born to do.

Previous Post: « Everything You’ve Ever Wanted to Know About Running* Volume 4
Next Post: How to Survive Back to Back Long Runs During Ultra Training »