Most runners I know that enjoy racing typically have their upcoming race calendar set months before the new year.  Hell, sometimes they plan races years in advance.   It’s easy to do, there are so many races to run, planning your race season sometimes feels like being 7 years old again, when Mom would hand you the Sears Christmas toy catalog and told to write your list to Santa.   According to Running USA’s Annual report, in 2013 (2014 stats aren’t available yet)  there were 1,100 marathons run across the United States generating 541,000 finishers.  This does not include half marathons, shorter distance races, LONGER distance races (Ultras), obstacle races or triathlons, international races,  or non sanctioned races of any distance. SO MANY FUN OPTIONS!   And with many of the more popular races selling out almost instantaneously, it’s no wonder runners have to plan so far in advance. 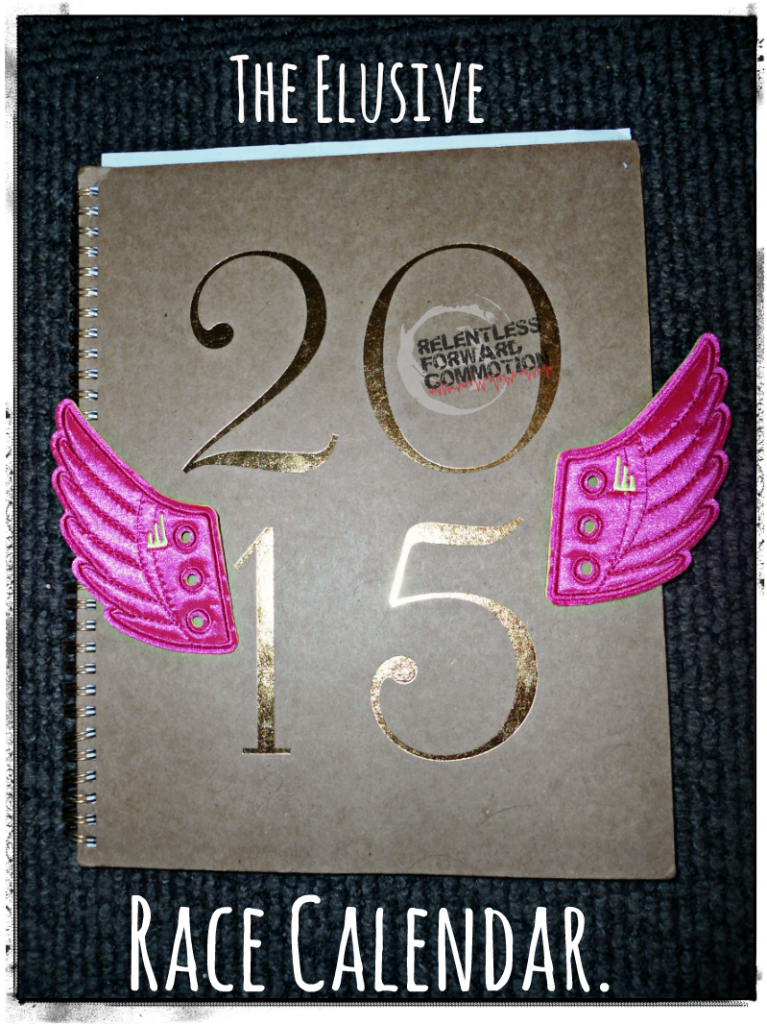 It’s only elusive when you don’t write it down.

In the past I’ve always been one of those runners, shelling out registration fees months in advance.  It’s usually the early discounts and promises of really cool finishers medals that get me.  Most of the time it works out, but a lot of times it doesn’t.  When I first started racing about 7 years ago, I wanted to run ALL OF THE RACES, all of the time.   FOMO, if you will.  But I didn’t plan travel and training very well between the responsibilities of being a mom and a full time student (not to mention a few injuries thrown in there)…so many of those registrations went unused.  Chicago Marathon, North Country Trail Marathon, Vermont City Marathon, and one of the more painful ones to swallow…Disney Goofy Challenge (deferred once than simply given up on).   Just to name a few.

THESE DAYS, older, wiser, and if we’re being honest, more strapped in the cash department, I’m far more hesitant to commit to a race unless I know without a doubt that I can go.   With moving on the agenda this year as the #1 priority, as well as some unexpected surgery, race funds have been put on the back burner.  That said, yesterday I was asked by a large company what my 2015 race plans were.  While I’m hoping my plans include their race (more on that soon, hopefully, don’t you hate when bloggers are vague?) I figured it was time to put all of the plans that have been swirling in my head on paper.   And by paper of course, I mean the internet, which as they say, makes it “official”.

February: Frigus Snowshoe Race, Goshen VT (registered).  Currently registered for the 30K, but may have to back off to the 10K, based on recovery from surgery.   This will be my second ever snowshoe race (the first was Peak Snowshoe race in 2013).  While fun, they are HARD.  But I’m forcing myself to embrace the winter, so…snowshoeing it is. 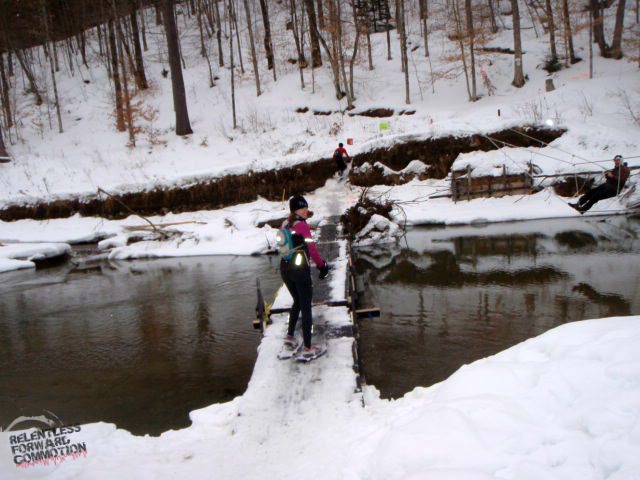 March: All American Marathon, Fayetteville NC (registered).  My return to road marathons after a 4 year hiatus.  While a PR would be nice, it is not expected due to recovery from surgery interrupting training.   Regardless, I’m looking forward to laying down some more running roots in the Carolinas…even if this one will be just a brief visit.

May: 7 Sisters Trail Race , Amherst, MA (registered).   Consistantly ranked as one of the hardest races in North America by the likes of Runner’s World and Competitor.com, I’m both looking forward to, and terrified of, tackling this beast for the third year in a row.  One would not expect the tiny mountains of Massachusetts to have such a treacherous trail, but I have never been so humbled…and hurt…by a race.   I absolutely plan on PR’ing this course.  For a glimpse at difficulty, this 12 mile race took us 3:42 last year.  For the record, I’m a 1:40 half marathoner.  It HURTS.  I can’t wait.  (2014 recap, 2013 recap) 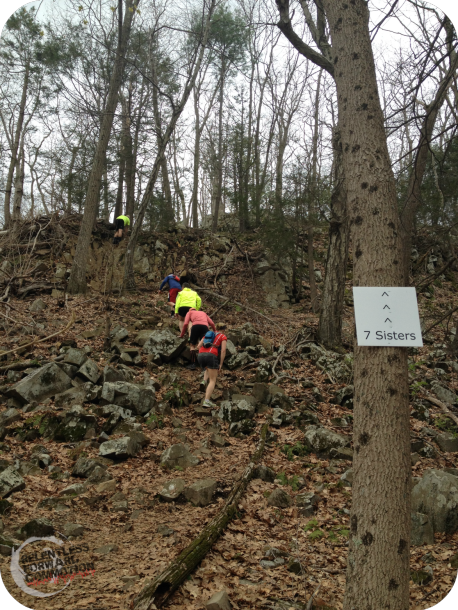 May: Infinitus – 48 hour option, Goshen, VT.  (not yet registered)  There, I’ve said it, I’m going to dabble in the ultra world.  I’m pretty sure I’ve hinted at it enough in the past few weeks that you knew this official announcement (if we can call it that) was coming.  This particular event, put on by the Endurance Society, has a slew of options if you are interested: an 8K, 88K, 888K (yes, you read that right, 551.78 miles for those who prefer standard measurements)  a 48 hour option and a 72 hour option.   While I obviously plan on putting in some serious training, I’m going into this race with no other goal than simply seeing what my body is capable of, and how I fare in a longer distance event.  48 hours is a lot of time, and I fully plan on taking advantage of some of that time for sleep, haha.

June : Tough Mudder New England, Mt. Snow, VT.   Our farewell to New England, race.  Hoping to get a team together of friends and family for some fun and bonding in the mud 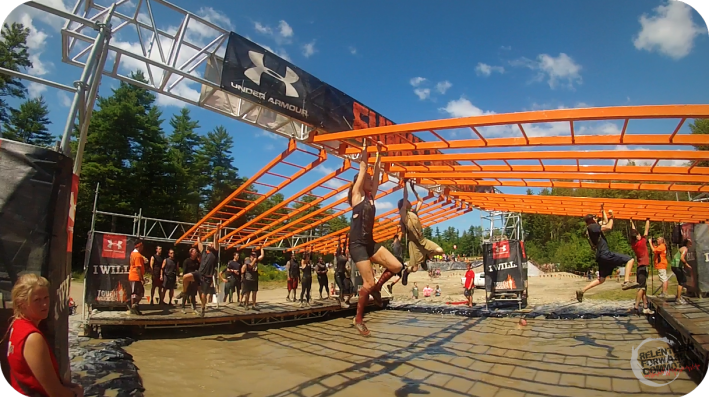 (notice the massive Gap in time here…leaving my options open based on the move, and aforementioned company that I hope to hear from soon. )

November: Paris Mountain Ultra, Greenville SC (not yet registered).  12 hour option?  6 hour option?  We will see how my re acclimatization to the Southern humidity goes.  Granted, this race is in November, but training over the summer will be…interesting, to say the least.

With over 20 events completed in 2014, listing only 6 for 2015 feels strange.  The reality is there will likely be other races scattered within there; the Myrtle Beach Mini Marathon in October, perhaps, and a few OCR’s (because despite what the above list might imply, I’m still a sucker for obstacle racing).   But for now, I’m keeping the list short, with a focus on something new.

I want to run far…

Do you plan far in advance, or fly by the seat of your racing shorts?