One may look at a body builder or sub 3-hour marathon runner and assume they are incredibly “fit”.   In reality, however, chances are the body builder is so focused on a lean, muscular physique that they ignore regular cardiovascular exercise the majority of the time.   The fast marathon runner may spend all of their training time putting in speed, tempo, and long runs, and only enter a weight room a few times a month.   Both would be lacking one or more components of physical fitness that truly encompass being a well rounded, “fit” athlete.   These are generalizations, of course, but chances are all of us are lacking in one area of overall fitness.

Exercise science nerd alert (I love this part!).   The five components of physical fitness are as follows:

I feel pretty well rounded in four out of five aspects.  I run a lot.  I’m in the gym lifting weights 6 days a week.  My body composition is exactly where it should be.   But I’m about as flexible as a steel rod.

I’ve always aspired to incorporate yoga regularly into my life.    The town I live in quite possibly has more yoga studios than stoplights, in addition to a circus arts school that attracts hundreds of young people that can contort their bodies into unbelievable positions.  Meanwhile, I often struggle to touch my toes.

Back in October at the Runner’s World Half Festival I had the opportunity to attend a “Recovery for Runners” session led by Melanie Douglass.

Yeah, yeah, yoga in socks.  We just ran a few miles…socks were best kept on.

Melanie is the creator of this amazing fitness band called the Xfinity band.  It’s basically a resistance band that looks like a never ending string of “figure 8’s” , or the infinity symbol.    She used the band to not only take us through some assisted stretches as well as strength training, but a quick yoga routine that was made infinitely harder with the band.   I left that session feeling refreshed, weak, inflexible, and absolutely positive that I was going to make yoga a regular part of my fitness routine.

But as you guessed…I didn’t. 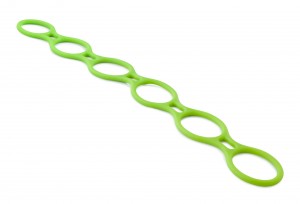 I have, however, had a fascination with the Xfinity band ever since.    Resistance bands as a whole serve a multitude of purposes, from stretching to strength training.  The problem, however, is that often times you have to switch back and forth between different bands dependent upon the level of resistance you are requiring.    The Xfinity band provides varying levels of resistance by simply changing your hand placement…the closer your hands are to each other, the greater the resistance.   You can even double the band up for even more resistance.   The built in loops make the Xfinity band far more versatile in my opinion, allowing you to securely attach the band to varying pieces of equipment.   And the BEST feature of all, the textured material of the Xfinity band prevents it from slipping or rolling around.  TRUST ME, as one who has been smacked in the face more than twice by a rogue resistance band,  when I tell you how awesome this feature is.

Geoff and I also carry it around the gym for various strength shenanigans.

Oblique twists (“batter ups”), seated rows (lats) on a bosu, and some crazy pushup/bosu/leg lift core exercise with the Xfinity band used for added resistance on the pushup.

The Xfinity Fitness Band  comes with six 20-Minute DVD Workouts and a step-by-step 30-Day Meal Plan, for $29.99.  It is available at Walmart and Walmart.com

Now, bringing this review full circle, back to the lack of yoga in my life and a really awesome giveaway I have for you guys:

The people who bring you the Xfinity band also have a great line of innovative and affordable yoga gear as well.  Another product I was able to test out at the Runner’s World Half Festival was a foldable yoga mat from Lotus.  That’s right, foldable.  (Also seen in action in the group picture at the top of this post)

I love this concept for so many reasons.  It’s easier to carry, it’s easier to store, it doesn’t immediately unroll if you drop it, you can fold it in half , you can fold it in quarters, your kids don’t use it as a battering ram to hit their brother over his head…the list goes on and on.   Here’s the other thing I love: it costs less than $15 ($13.97 to be exact, at Walmart.com).   As much as I aspire to be a yogi, I’m currently the crazy outdoor athlete who is more likely to throw her yoga mat down on the grass or in the dirt to stretch after a brutal bootcamp or trail run.   I need something durable and affordable, not something overpriced and designer.   This mat, at 3mm, with a textured, non-slip surface more than meets my needs.

Now…can I actually get it into a yoga class in the near future?  I think I will make that my next project of 2014.  And here’s your chance to join me…my friends over at ProForm were kind enough to offer a fantastic giveaway to my readers: 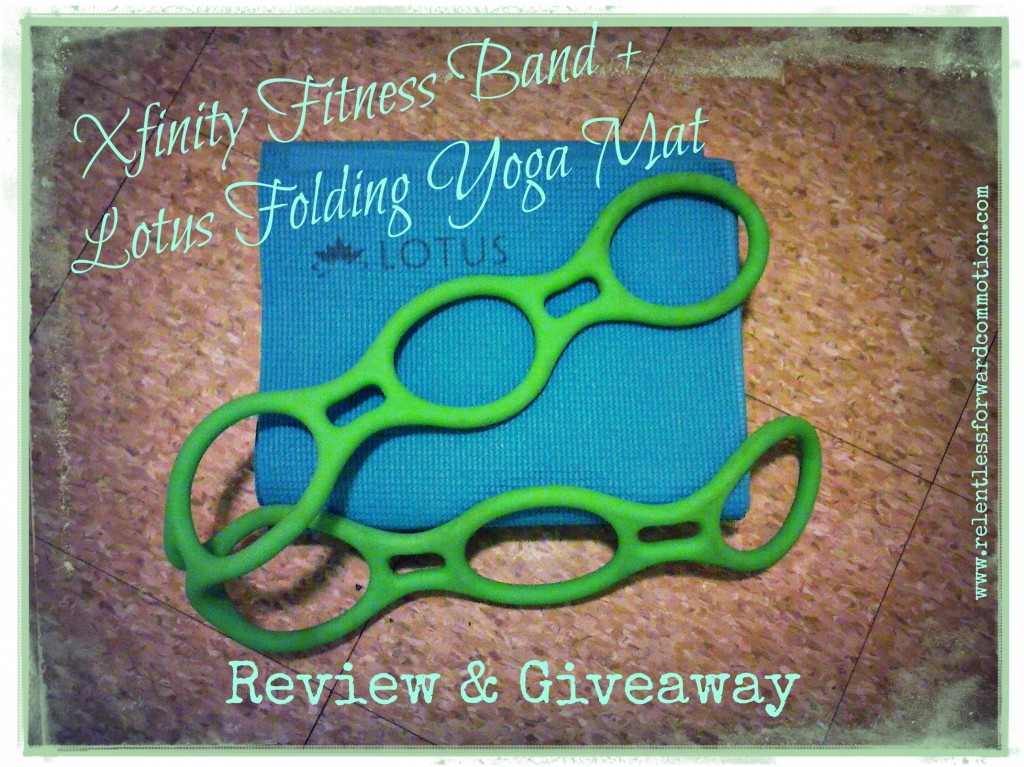 THREE of you will win an Xfinity fitness band  and a Lotus Yoga Mat  of your own.

Do you feel well rounded in all five components of physical fitness, or do you have a weak area? What will you do this year to help fix that weakness?

Please be sure to use the rafflecopter below to have your entry count. Open to US & Canada residents only, please.  Contest will run from today (1/27) and end at 11:59 pm next Monday (2/3).  Winner will be chosen randomly via Rafflecopter and announced Tuesday 2/4.   Good luck!


*The Xfinity Fitness Band and Lotus folding yoga mat were provided to me at no cost as a participant in the Runner’s World Half Festival Blogger experience last year. However, all opinions expressed in this blog post are my own.