My brain has been selectively storing and ignoring information and processes in order to attempt an entire semester WITHOUT burn-out. So far, so good, and I totally attribute daily, regular exercise to that. I’m so glad I’ve been able to keep a regular schedule this time around! Having a job that requires you to workout certainly helps, haha!

But, in doing so, the blog has suffered. I have so much to write about, it’s putting it together in coherent story form thats just not happening. So today, I’m going to do a brain purge. Randomness in random form of the random things going on over the past few weeks. Comment on whatever strikes your fancy.
– In my sports psych class, we did a team building exercise. How? We duct-taped a member of our team to the wall. No, really. One roll of tape, 20 minutes, and at the end, whichever’s team victim…err…subject stuck to the wall longest, won. My team won. Quite possibly in the top ten moments of my college experience. Not the fact that we won, but the fact that we actually had to duct tape a human being to a wall for a grade. Kind of epic.
-I did a 19.2 mile long run by myself on Sunday. No group, just me and the new camelback and the somewhat empty streets that are Ocean Boulevard in February. I thoroughly enjoyed myself, until somewhere around mile 16 when my legs literally just gave up. I attribute some of it to the camelback, it threw off my gate from the start (that’s gonna take some getting used to, thankfully it’s not something I plan to make a habit of). And the other part to the fact that I haven’t done anything past 12 miles in a few months. But I kept moving forward, thinking of my friend UlTara and her “constant forward motion” or whatever it is she says to herself on those 100 milers. Crazy stuff. So I kept moving. Slowed down a bit but kept moving. I’m really looking forward to the marathon…8 more days! 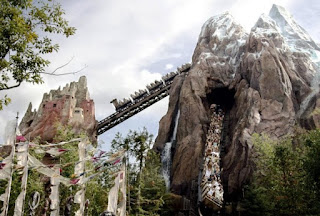 -Have I mentioned lately I’m going to WALT DISNEY WORLD in two weeks???!!! I’m still on cloud 9 over this one, that the amazing folks at Disney and the ladies at TheBlogRollers invited little ol’ ME to be a part of their GET MOVING event at Disney. Seriously, unreal. I’m looking forward to meeting some blogging moms I’ve been connected with virtually for a while now, including TMB, Wifey, and Workoutmommy. Now, which one of you ladies is going to sit next to me on Expedition Everest? I’m a screamer, just an FYI, ha! 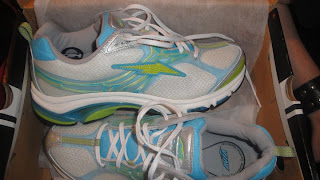 -The goods have started rolling in from our AMAZING sponsors for Team Trakkers. I’m STILL in disbelief that I’m on the team. I got another pair of Avia‘s yesterday, the Avi Quest Lites. Haven’t run in them yet, but I’ll give you a thorough review when I do. And in other exciting Team Trakkers news…Rev3 announced their official charity partner for 2011 is none other than….dun dun dunnn…… TEAM FIGHT/The Ulman Cancer Fund for Young Adults!!! Those of you who have been around for a while know this organization is close to my heart, especially in their support of my sister’s amazing program, Team Cancer to 5k, http://www.cancerto5k.org/. If you are looking for an amazing race and team experience, and looking to do something good for others while training for a race (running or triathlon) you need to check them out. And, if you are interested in registering for a Rev3 race this year, enter code TRAKKERS12 for a $10 discount!

-I haven’t had meat in over a week. This is a topic for a HUGE blog post that’s mulling in my mind. I’m not against eating animals. Let’s just say I’ve had a huge eye-opening experience to the way these “animals” are drugged and then processed. Barf-O-rama. To each their own, but now I can’t stomach it. Meanwhile, I’ve become addicted to Chia seed (yeah, like from the chia pet) and I’m really quite disappointed I’ve gone 28 full years without them in my life.

I could ramble all day, but the housework (which is entirely overrated) is calling me. Have a great weekend my friends! Stay ACTIVE and live it up!!!

« A giveaway for those who LOVE to run
It’s Valentine’s day, and I’m in LOVE! »

After almost eleven years in this space - I needed a break. Is a blogging sabbatical a thing? I'd imagine most people would take a sabbatical from their traditional 9 to 5 to work on a blog. Not taking a break from the blog to focus on something else. But here we are. Ten years is a lot … END_OF_DOCUMENT_TOKEN_TO_BE_REPLACED 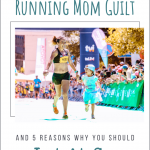 Moms, let's talk about something that sometimes hurts. It's more painful than inner thigh chafing, more agonizing than the thought of a lactate threshold test. (Ask my clients - those things are painful.) Hell, it's even more stressful than getting caught in a long line of runners on a single … END_OF_DOCUMENT_TOKEN_TO_BE_REPLACED 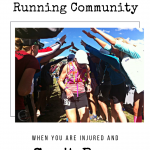 So you're injured, and benched from running. Maybe it's temporary. Maybe you've got one of those dreaded 6-8 week sentences. Maybe, you don't have a timeline at all, and wonder if running will ever be a part of your life again. Whatever the prognosis and prescription, chances are you are pretty … END_OF_DOCUMENT_TOKEN_TO_BE_REPLACED