In planning ahead for my 5 days completely unplugged from the internet, I had lined up a few great guest posts from some fellow bloggers and friends.  Unfortunately, our departure time changed by almost a full day, and before I knew it, I was in the middle of an unnamed township in Baxter Park, deep woods, Maine.  The guest posts did not happen.  But I wanted to share them anyway, so while I attempt to remove the pine needles and camp fire smoke from my hair, I’ll let the others do the posting.

First up, a post about “Going with the Flow” from my friend Gene, aka BigZigFitness. Gene and I first met back in 2011 at the Manchester Half Marathon, just weeks after I moved back to New England.    He then has been one of my #1 volunteers at the Death Race, and the kind of friend that would do anything for you…even stalk the Fed-Ex hub that accidentally got your package when the wrong zip code was entered.   Without further ado…

In 2007 my sister, a friend of hers, and I entered the Herc Open, a race up and down Lincoln Peak at Sugarbush ski resort in Vermont. It was listed as a speed hiking event, but we pretty much slogged UP, then ran across and eventually ran-stumbled back down to the bottom. Breathless but energized, we decided that we’d never do THAT again. Turns out, NOBODY did, as that was the one and only Herc event. As my sister put it yesterday, “It should have been the Herc Open and Closed.”

Then in June of 2008 my sister and I attempted to hike the Long Trail north from Killington with plans to stay on the trail for a week. Three days in, however, she fell and broke her wrist just south of the Middlebury Snow Bowl.
I took up trail running after that, and spent hours and hours running in the woods. Trails became my sanctuary, and I always returned in a better mood than I’d been when I left. I ran a half marathon as part of a relay team, and became hooked on running even more. ( on my old blog!) In 2009 I ran my first solo half, and have run only a total of 5 half marathons. 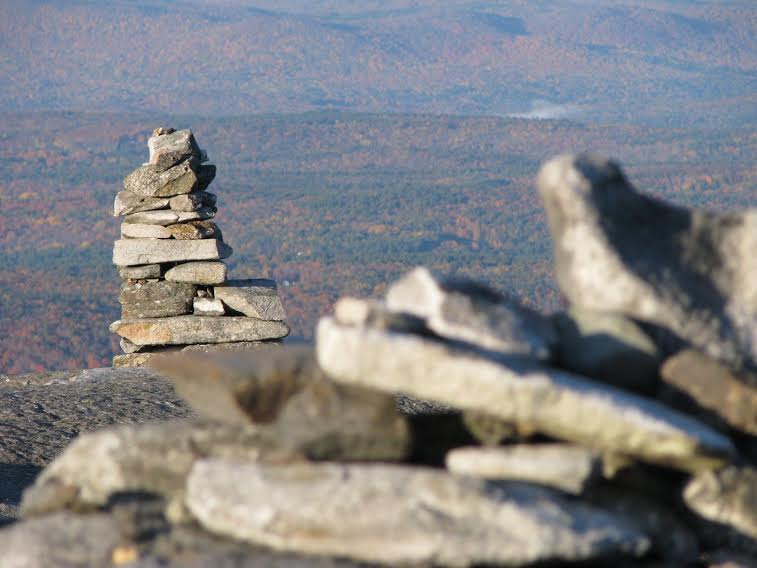 In 2011 I ran my first FULL marathon, in Philly. That was a blast. Took me longer than I’d expected, but still managed to have a good time out on the course and afterwards with some friends. The drive back to VT from Philly that evening was LONNNNNNNG.

In 2012 I ran the Chicago marathon in an effort to help a friend break his 5 hour PR. We didn’t quite make it (I TOTALLY blame the lines at the port-o-potties), but still managed to have a good time. Did I mention that I nearly got to have my picture taken with Paula Radcliffe? Nearly.

After that marathon I decided to run only trail races for a while. I crewed for an internet friend at the Vermont50 and met a few other internet friends while there, and we’ve since become friends IRL. woop! I decided that i would run the VT50 in 2012, but poor decisions kept me from training, and I ended up crewing for a different friend that year. My wife and son came to the last aid station and finish, and I think she caught a bit of the bug, too. In 2012 I crewed for the same friend (Kelly) in the VT100, and again in 2013. I was getting dangerously close to becoming an Ultramarathoner. 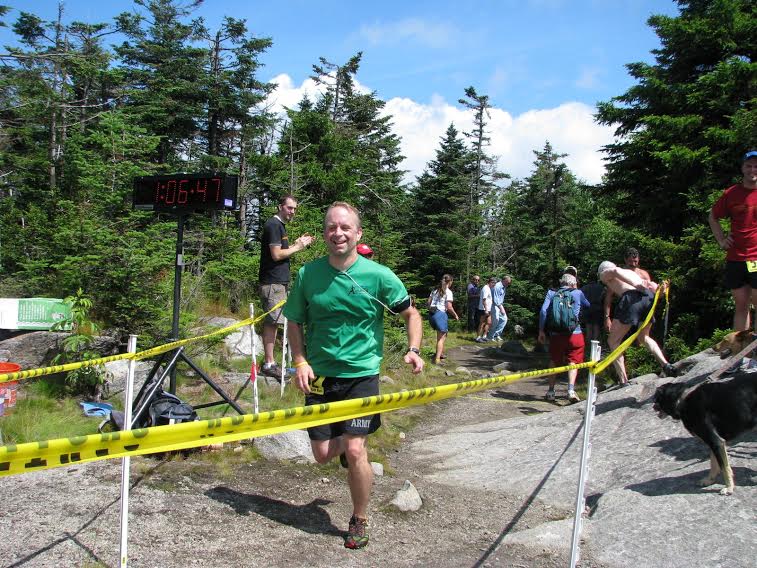 In 2013 I ran my first Spartan Race; the charity sprint at the World Championships at Killington. It was cold, cold and rainy that day, but I was there with Heather and Geoff, so how bad could it be, really? It was so bad that I signed up for another Sprint at Fenway that same october.

To back track, the week after I ran the first sprint, I ran my first ULTRA at the Vermont50. Just about fell into a coma in the middle of the woods because i ditched my food, but managed to pull through. I was now an UltraMarathoner, and set my sites on bigger and better events for 2014 and beyond.

I registered for the 2014 Vermont50 as well as the BEAST at the Spartan worlds. In June 2014, though, I re-injured my back and was unable to train. I still can’t run or lift anything, and had to defer my entries to 2015. While I’ve been out recovering from back surgery, I’ve noticed quite a bit of turmoil in the OCR arena.

Along comes the Endurance Society (yes, I am a member!) and O2X Challenge events. From what I’ve seen and read from Heather, the O2X Challenges are pretty much like the HERC open that got me started, but a bit more hard core, which is what will keep me going . I look forward to getting back my competitive (at least with myself!) roots this coming year and participating in events from the Endurance Society and O2X.

If you aren’t comfortable with what you’re doing or where you are, change directions. Eventually you will end up drifting back to your roots. At least that’s what I’m finding…

Thank you, Heather, for letting me guest post while you are in the wilds of Maine. You do know that it is FRIGGING COLD up there already, right? Sheesh….I hope that your readership doesn’t take a nosedive after this posting goes live…