Time flies when you are having fun.  Or working a bunch, take your pick.   The end of the month always ends up with my butt glued to the chair in front of the computer trying to squeeze in last minute deadlines (and as I’m sure you guessed by the lack of posts,  none of them are for this blog). I always swear to myself that  I’ll get my work done sooner the next month, but without fail, my fingers are entered in their very own multi day typing ultra marathon once the 27th of each month rolls around.    I used to think that procrastination was a character flaw, but I’ve come to recognize it’s part of my charm (ha).  If nothing else, I write MUCH better and freely while under pressure.  Coincidentally, this is exactly how I got through school. 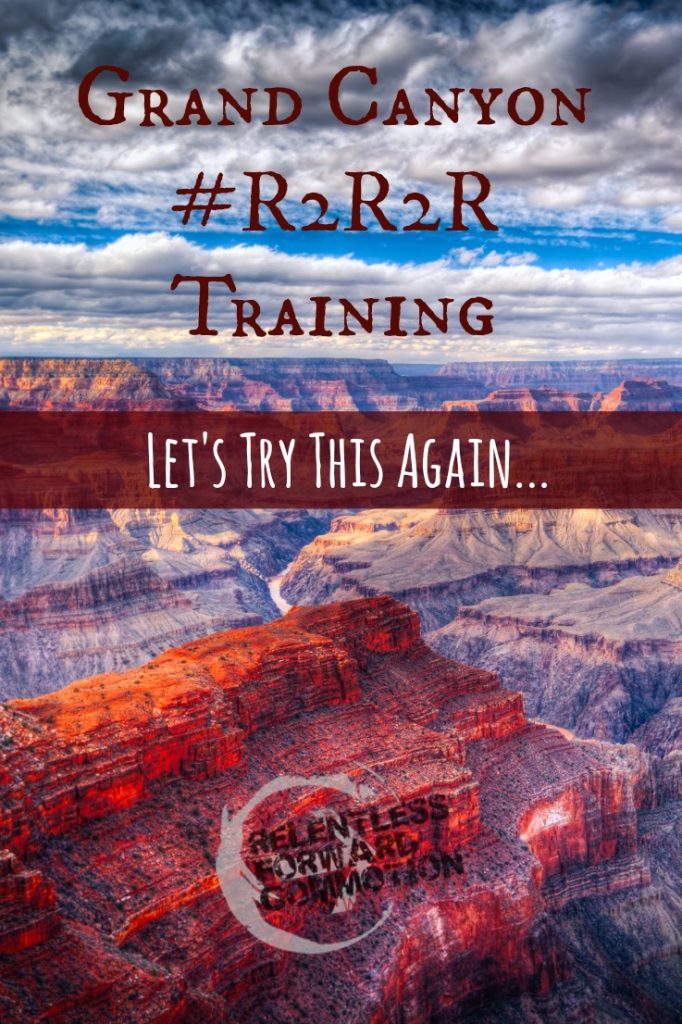 As I mentioned in my last R2R2R training post, there was potential that our adventure was going to be postponed.  Almost as soon as I published the post, I got the emails from two of the others that I was anticipating: unfortunately they were out.  At least for now.  And truthfully, I can’t blame them one tiny bit.  Injuries, lack of training, life…all valid reasons.   I’m sure they were just as bummed as I was.

But, as I do, I tried to think of the positives.  It will give me more time to train.  I don’t have to scramble to come up with the plane ticket money.  These are all good things.  But deep down…I was really bummed.

Fast forward to two weeks ago.  I was at work when an email notification popped up on my phone. I checked it really quickly, only to discover an email from Logan, one of the original group of kickass ladies that had planned this trip.  She and I have never actually met in real life.  In fact, as of a few months ago, I didn’t even know who she was. Back in 1990, this would have been something my mother warned me NOT to do: don’t talk to strangers, and CERTAINLY don’t plan to run/hike/sleep in a tent in the Grand Canyon with them.    But I digress.  Logan said something along the lines of “even though we don’t actually know each other, I’m really bummed about not doing the R2R2R trip, and still want to try and make it happen.  Are you in?”

My thought process went a little bit like this: “F*CK YES I’M IN.  But wait…think of all of the reasons you decided not going was a good decision.  But what if this is the only chance you ever get?  Adulting, responsibilities, blah blah blah…”  Then, as if the universe knew I needed a sign, and decided to give it to me by way of social media (hey, it’s 2016.  The Universe does what it wants) my beautiful friend Tara shared this photo: 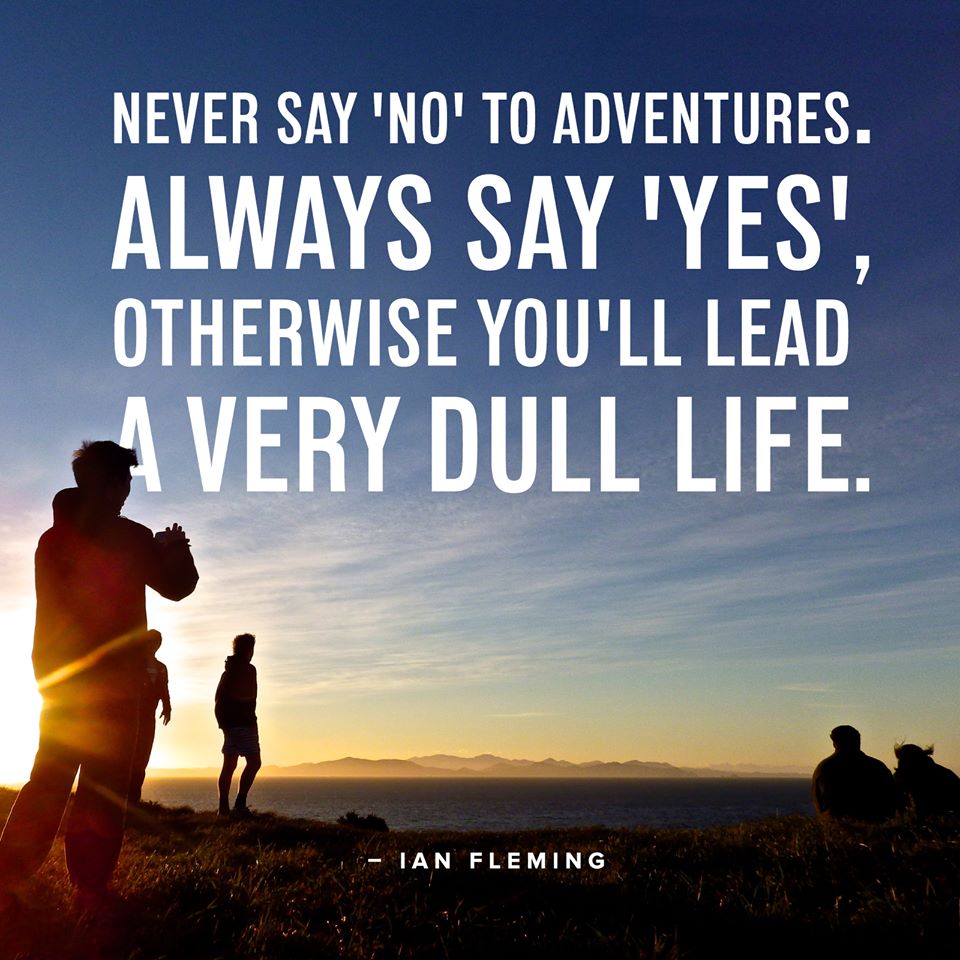 I emailed Logan back and said I was in.

Immediately we got the ball rolling.  We picked a date, then picked another one, added a third kickass woman to our group, and booked our campsite.

9 weeks from now I’ll be tackling the Grand Canyon Rim to Rim to Rim passage.  In other words: we start on one rim of the Grand Canyon, run down and into the canyon, back up the other side to the opposite rim, then turn around and do it again.  All in one shot.  We are looking at about 46 miles, give or take, and 20,000 ish feet elevation change.   I’ve climbed a lot of ridiculous elevation in my time, so those numbers don’t totally terrify me.

Totally being the key word. I’m still scared shitless that I’ll never be ready in time.

Now that this is really happening, here’s my personal list of pros, perhaps cons, and “what the hell are you thinking?” bullet points.

– Any second now the South Carolina spring time light switch is going to flip, and it’s going to go from a balmy 50-60 degrees to oppressively hot and humid again.  So,  I’ll have time to acclimate to the heat before heading down into the Canyon.

– I’ve tackled this distance…and elevation…before.  Not to make light of the Grand Canyon, this is still going to be an ass kicking physical feat.  Probably one of the hardest things I’ve ever done.  But, knowing that I have already proven my capabilities in this distance and elevation gain is slightly comforting.  Slightly.

– I’m fairly certain I’ve figured out my current pain/biomechanical issues.   As soon as I addressed the potential problem, things have been getting much better.   I’m not 100% comfortable discussing said problem/issue on this blog in detail yet…until I’m absolutely certain it is the culprit.   During the past week I’ve run several 7 mile stretches on our local trail absolutely pain free.

Further, I’ve changed my strength training routine over from a building phase to more of a rehabilitative/healing phase.

– I’ve got two badass women tackling the Canyon with me, Logan and Jenny.

Things that make me slightly nervous:

– Nutrition.  I’ve got it mostly figured out for much longer distances.  I know where my weakness lies, and that somewhere in that tiny window of where my stomach stops wanting to eat, and my brain doesn’t say “shut up, you’re going to ingest these calories anyway”.  Instead, my brain often says “aww, I’m sorry you aren’t feeling so great stomach.  Let me leave you alone for a while.”  Then BAM.  I bonk.   I can’t bonk in the Grand Canyon. I hear there are hungry mountain lions out there.

And lastly, the “What the hell are you thinking?”:

That’s a really big hole in the ground.

The plans for this week are to slowly start ramping my mileage back up while staying behind the potential pain.  9 weeks is NOT a lot of time to train, but I’m hoping the solid base I built from the ultras we ran in November & December is still lingering in there somewhere.

I know it’s cliché to say, but…you only live once.  Never say no to adventures.   Here goes nothing.