You know that scene in the Wizard of Oz where Dorothy wakes up in her bed, only to find her house is spinning around inside of a tornado?     Despite being inside of a giant twister, Dorothy seems relatively safe inside of the house.  Furniture isn’t flying around smashing her in the head, she isn’t clinging to the floor boards by her fingertips for dear life.    Yet outside the window the storm rages in utter darkness, and chaos ensues as all of the good AND bad things in her life go furiously whizzing by. 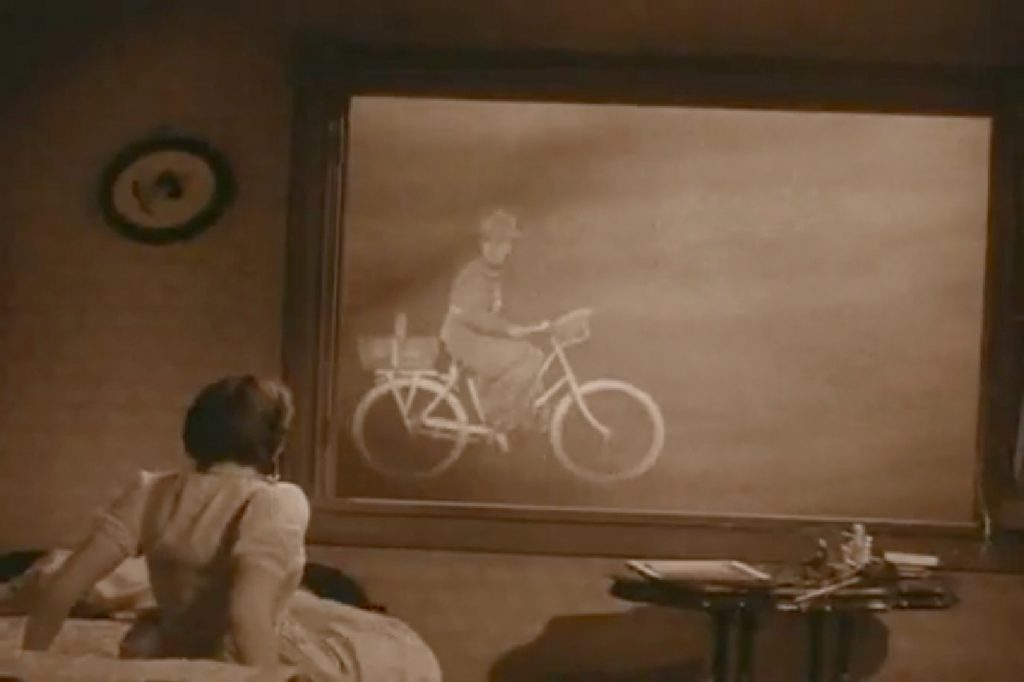 That scene.  That is a relatively accurate description of my life this past year.

Lately I have been thinking about how much our lives have changed in the last 10 months.  I say “our” because my entire family has had their lives turned upside down, good and bad, in the last year.   From a giant move, to new jobs, to a long stretch of unemployment, new schedules, new responsibilities and roles, physical injuries, and more…it was a lot of change and a good deal of stress on all of us.   I would constantly look out of my proverbial window to see all of my stressors flying around, cackling like the Wicked Witch of the West on her broomstick, and I’d wonder which would come first: the end of the storm or my own demise.

I hate to jinx myself in saying this, but after nearly a year of feeling uncertainty and not knowing which way I (we) would land…it feels as though the storm has receded, and my house has landed safely right side up.

Whether or not it landed in OZ or Kansas has yet to be determined.

Geoff finally landed a job in one of the most frustrating job searches I’ve ever been a part of.  Note to anyone interested in relocating to the Myrtle Beach area: do not move here until everyone in your household of working age has actually landed a job first.   And when you do show up, know that there is a mighty big price to pay for the low cost of living.  And yes, please sense my bitter tone.  (Bitterness towards this area, not Geoff. He truly is my rock, partner in this chaos, and best friend.)

One of the things I’ve truly felt passionate and have wanted to work towards as of late is furthering my writing career.  Interestingly, this was never a career I intended to enter in the professional capacity.  Hell, 7 years ago I was convinced the only people who would ever read my writing would be my mother and a select few Myspace friends, and I was totally content with that.   Somehow over the years, countless opportunities have presented themselves to help me build and further this unexpected career.  Yet each time I sort of brushed them off in a “you are asking the wrong person, I’m just a random blogger.  I’m not the person you want” sort of way.   Purposefully ignoring email requests, or procrastinating on potential projects, simply to avoid let down…to myself and those seeking work from me.  Each time I put out that fire before it could truly begin to burn.

I didn’t believe in my abilities.

I felt like I was truly pulling the wool over everyone’s eyes.  Hell, I just recently learned how to correctly spell “definitely” without autocorrect fixing it.  I’m not a writer. I’m not a journalist.  I’m a science nerd and running junkie who constantly puts apostrophes in the wrong places.

But recently I started noticing that others who were in the same boat as I was (i.e., not writers) didn’t brush off those opportunities when they were presented with them.  And though I’ll never know if they ever doubted their capabilities,  they seemingly never let any hesitations stop them.  And now some of those friends are doing amazing things, writing for some pretty big name publications, traveling all over the world, and experiencing once in a lifetime opportunities.  And yes, I am insanely envious.  I can’t help but constantly think to myself “what if I had believed in myself earlier?  Where would I be today?  What would I be doing today?”   Would we still be struggling? Would I be so unhappy and stuck in this rut of “just getting by”?

I often joke that at 34 , I still “don’t know what I want to be when I grow up”.  But the truth is, I do know…I’m just too chicken to go for it. Yet, there has to be a reason why, 7 years later, people and companies still approach me about writing for them.   I suppose it’s about time I start truly seeing whatever it is that they see.

All of this potential has been brewing in the back of my mind for the last 6 months.  However, the last 6 months were also a juggling act of trying to hold my family together while we weathered the aforementioned storm, trying to put our roots down, at least temporarily, here in South Carolina.   There was no time for risks, for portfolio building, seeking freelance work, or spending hours on work that wouldn’t financially pay off for another 4 months (as is often the case in this industry).  There was only now, and the next immediate paycheck.  Rent paid and food in our bellies.    Some days of up to 90 miles and 3 hours in my car, driving back and forth to work multiple times over the course of a 14 hour day in order to scrape by.   Because I’m the new girl (still) who has to cater to clients timelines in order to ensure a paycheck, and not the established trainer with clients that will work THEIR schedule around just to be on yours.    I don’t mean to complain, I love my job, but even a job you love can stretch you far too thin, if you let it.   And I let it.

I probably didn’t need to share any of that with any of you, but over sharing has always kind of been my thing, and the reason for this blog in the first place.   Anyway, now that I’ve aired my dirty laundry, I’ll get to the point.  Sacrifice and chaos, holding your head above the water and never giving up, it will pay off eventually. I believe this with all of my heart.   And while all of the dust, tree branches, and roof shingles still haven’t settled from the storm….the sun is starting to shine again.

Sometimes the window of opportunity to take a jump is small and fleeting.  But my window, it just opened. It’s time to jump…don’t fail me now legs.

Take a seat friends: today we're going to discuss the benefits of strength training for runners, and why you need to add some weights, or incorporate body weight resistance exercises, into your training. I can hear the collective groan from the endurance crowd. Listen, I get it. The … END_OF_DOCUMENT_TOKEN_TO_BE_REPLACED

What a time to be alive, am I right? I say that both sarcastically and seriously. I don't know about you, but for the last 15 days my thoughts have continuously fluctuated from calm, to concern, to confusion, to fear, and then back again. I'm in disbelief about the world around us right now, … END_OF_DOCUMENT_TOKEN_TO_BE_REPLACED

Long before I discovered ultramarathons, I went to school to study exercise science and became a certified exercise physiologist. I've been working in gyms, programming workouts for personal training clients, since 2010. So workout posts are nothing new in these parts. Most of these workouts are … END_OF_DOCUMENT_TOKEN_TO_BE_REPLACED