A month later, I present you with volume 3 of “Internetersting”!  Because I didn’t want to call it “Five Things Friday”  like everyone else (plus, today is Saturday), here’s a quick post full of Interesting – Internet things we’ve been talking about over here.  (We, as in, me and the cats.  Great listeners, horrible conversation contributors. The perks of working from home…)

1) After a five year hiatus, Primal Quest, arguably the most prestigious and difficult adventure race series, announced that they will be returning with a 2015 race in Lake Tahoe, CA.   Registration opens at 12:00 PST, Nov 1st (mere minutes from the time I’m writing this post) and will likely sell out all 40 team slots very quickly.   My introduction to Primal Quest was a set of DVD’s (Utah and Montana) that I watched over and over while living in an apartment a few years back with no internet or cable.  I watched them with both interest and fear,  all while thinking “these people are truly insane.” Picture running, cycling, mountain climbing, rock climbing, orienteering, kayaking, and whatever other dangerous nonsense they come up with, on some insanely rugged terrain, over 200+ hours and 400+ miles. 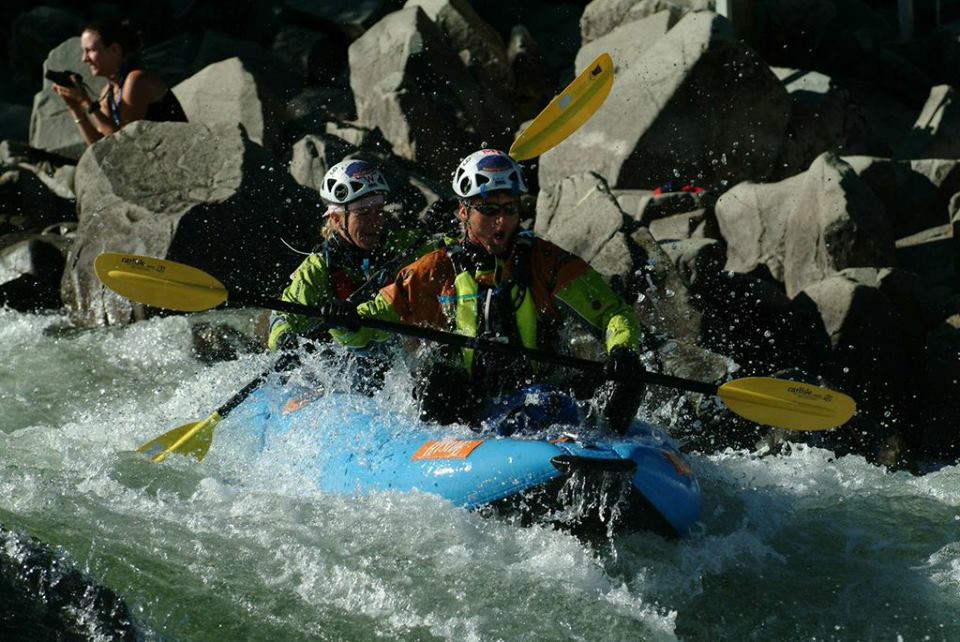 With a price tag of $8,00 per team, never mind all of the mandatory gear, travel, and numerous survival certifications required (oh yeah, and race experience?), I won’t be attending in 2015, haha.  But this is, without a doubt, in my future.    That said, if anyone needs a random blogger to go to Lake Tahoe next August to cover this, I’m your girl.

2) I stumbled upon (but not on StumbleUpon, I’m still learning how to use that one) this website yesterday called “Firsts”.   It documents people doing things for the first time.  Some of these adventures are epic, such as surfer Tom Lowe as he attempts to paddle surf the epic wave, Todos Santos.  Others are more simple firsts that many of us likely take for granted.  My absolute favorite, and the one that made me grin from ear to ear for the etirety of the 9 minute and 58 second video is called “An & Ria’s First Flight“, where two Dutch grandmothers fly on an airplane for the very first time.  A heartwarming story and reminder that every experience in life can be an adventure.

A scene from “An & Ria’s First Flight”

3) This blog is getting a makeover.  After a year of struggling with wordpress (I’m html illiterate), Janice of Just Janice Designs will be working her magic on this tiny corner of the internet.   In one of our facebook message exchanges, Janice was able to work on an aspect of the redesign in mere minutes; one that would have quite seriously taken me HOURS to do myself.   I will be posting more about this in the future, but in the meantime, if you are looking for help with your blog, from complete redesign, to wordpress migration, to something simple like support with fixing a plugin, contact Janice!

4) This story, that I first read on my social-media- friend Heather’s blog, has been on my mind a lot lately.  If you are submersed in the world of hiking, trail running, or just a love for the outdoors chances are you’ve heard it already.  If not, here’s the short-version.  NYC “artist” Casey Nocket decided to leave her mark in the form of acrylic painted “artwork” all over NUMEROUS National Parks, and then plastered the evidence all over social media.   People were livid, and the internet responded with numerous blog posts, and even a reddit thread that attracted the attention of a park ranger.  Last I heard, the National Parks Service has listed her as their number one suspect (obviously) and it is being dealt with.   I’m not going to even begin to try and understand what the vandal was thinking, but it reminds me of another topic we’ve been talking about around here this week: reminding racers to “leave no trace”.  Moral of the story:  don’t be a jerk.  Leave nature exactly as it was when you found it.

Have something “Interneteresting” to share?  Or just something to say about one of the above links? Comment below!