The hardest part of an injury, for an athlete, is not the initial shock of the injury.  Sure, you’re upset. True, everything you were training for is simultaneously flashing before your eyes and slipping out of reach.  Oh yeah, and let’s not forget to mention: it physically hurts.

But none of that is the worst part.

The worst part is when you are slowly starting to feel better, and things start to look hopeful again…but you realize you are still so very far from being injury free.  That, my friends, is where I come to you from today.  A place of “oh shit…” as reality starts to set in.

However, I promise this isn’t going to be a “woe is me” type of post.

Quite the opposite.  Let’s take a moment to focus on the positive: 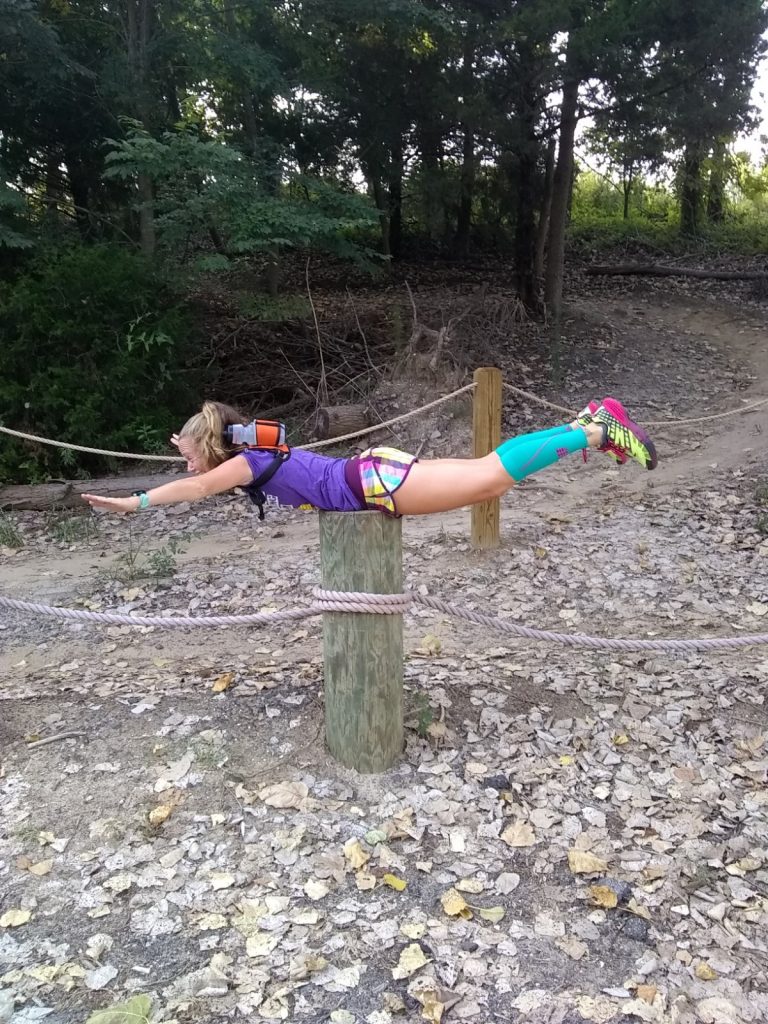 My superpowers include: focusing on positivity. And staying hydrated.

The bad news is yeah, I have a calf sprain/tear.   The good news is this: it didn’t completely rupture.  There was zero bruising, and very minimal swelling.  I have full range of motion of my Achilles.  8 days later I can walk around carefully without the boot or crutches and while I can feel a weakness/instability, I’m not in any real pain.  I’m being a good patient and letting my body rest.   I’m not in denial about the severity of this injury…though fortunately, it’s just looking like a mild 4-6 week setback rather than anything super serious.

Side note: this particular injury is proving to be worse than pregnancy, as far as unsolicited horror stories from well meaning (I think) strangers.  Daily at my gym someone comes up to me, asks what happened, and then tells me that happened to them too…except they were down for 3-6 months, had to have surgery, it’s been three years and they haven’t been able to run again, etc.    Oye.

I actually had no idea who this guy was until the third person, who happened to be the owner of my gym, said “oh yeah, you have the same injury as Kevin Durant!” to which I replied “Everyone keeps saying that, who is that guy?”   He then proceeded to give me the “what rock are you living under?” look and say “uhhh, only like the best NBA player in the world?”

Anyway, apparently Kevin Durant tore his calf muscle, and then went back to playing basketball far too soon post injury, and now tore his Achilles.  Let’s look at the bright side (selfishly, for me):

So there’s that.  Sorry Kevin.

2.  My husband has been hounding me for a break.  So now I’m taking one.

See? I’m such a good wife!  And he won’t mind me calling him out about that here on this very public blog, because he’s been telling everyone we meet, friends and strangers alike, that I need a break.  He made me promise to take a break after VT100 and not schedule any more races longer than a 50K (what world do I live in, this is now my “short” distance, haha)

I obliged, but was looking forward to hitting ONE MORE big goal for the year.  But as it turns out, the universe (and my body) conspired with my husband, and that break has unexpectedly started a little early.  I guess the positive part about this is that, while disappointed I’m definitely going to miss VT100, there is nothing immediately beyond Vermont that I have to stress about healing in time for.  There is no August goal, or September goal, or anything big really, until maybe this time next year.

(cough cough, I want to go back to Infinitus, tell my husband). 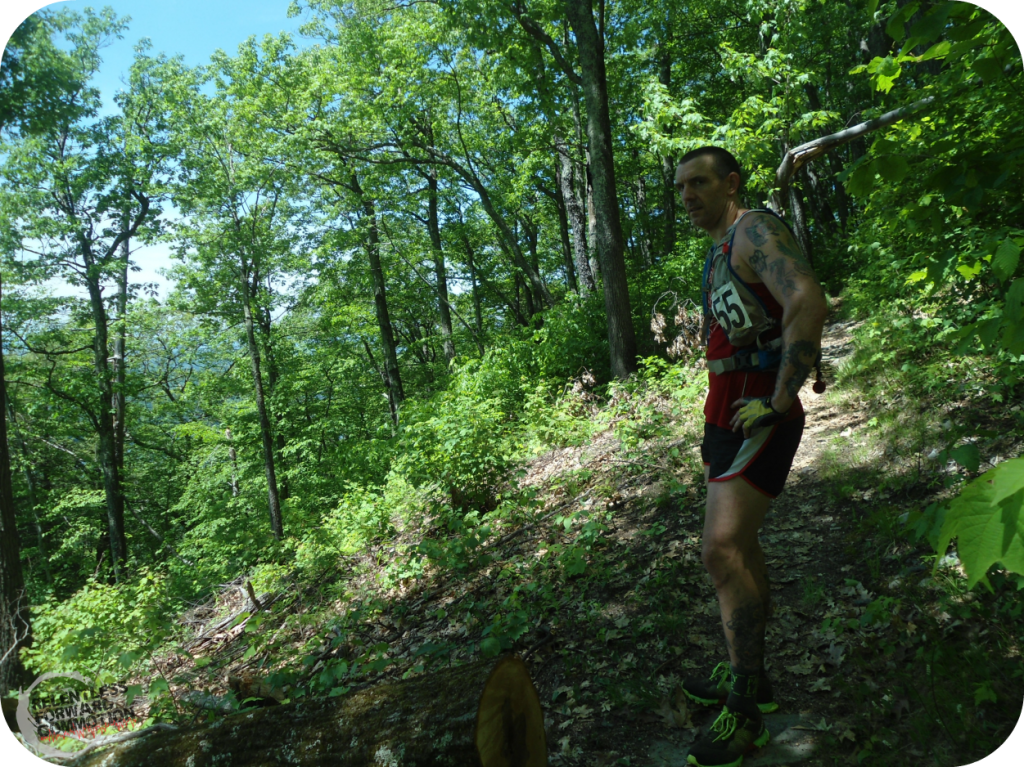 Look at how much ENTHUSIASM he had for Infinitus the first time around!

3.  A solid foundation is built from the ground up.  Or something like that.

Sometimes, when you get wrapped up in longer distance, heavy duty training, you start to forget about the basics.  That is exactly what has happened to me.

Weekly when I program workouts for my clients, I include essential core and hip work, that I believe is absolutely integral  for the success of runners.   Guess who has been slacking on doing those exercises herself lately?  Me.

Guess who has been saying she has wanted to get back to yoga for 15 (!) months now? Also me.

And lastly, I’ve noticed that my form and speed have both started to deteriorate (the telltale muddy scuff mark from my left shoe on the medial side of my lower leg has started reappearing after runs).  And let’s talk about the elephant in the room: I’ve had a lot of successes this year…but I’ve also had more than my share of failures.

So, while ultra distances will always be my happy place, I realize that I need to be proactive in maintaining a healthy relationship with them.

So I’m taking this opportunity to go back to the basics, and to learn MORE about how to properly heal from this injury, and come back an even stronger runner this fall.

Last summer one of my very best friends in the world suffered a very scary medical condition that took them out of running for awhile.  Their story is not mine to tell, but I did want to share this: the sudden cessation of something that was a HUGE part of their life left them feeling very, very lost.  It was heartbreaking to watch from the sidelines.  And it made me remember when I was completely out of any physical activity two summers ago when I had hernia surgery, and how emotionally distraught I was over that.

And it really made me stop and think.

Running truly is a huge part of my world.  Not only is it my happy place, and part of my identity, but it’s my JOB (well, run coaching and writing about running…thankfully no one is paying me for my personal speed, haha).  I can’t imagine a life without running, and I don’t want to.

Running is not my end-all-be-all.  It shouldn’t be. So I’m going to take the next 4-6 weeks (one already down!) to focus on other areas of my life.   Go camping with my kids, lay in a hammock and read a book, spend time trying new things with my husband (we cooked homemade eggrolls the other day, it was pretty hilarious), clean out my freaking desk for once and for all.

Listen, I plan to be doing this running thing F-O-R-E-V-E-R, and according to Prince, that’s a mighty long time.   So being OK with downtime, learning balance, remembering that there are always going to be ebbs and flows is not only healthy, it’s really important.

Duly noted, universe.   I’ll be back. 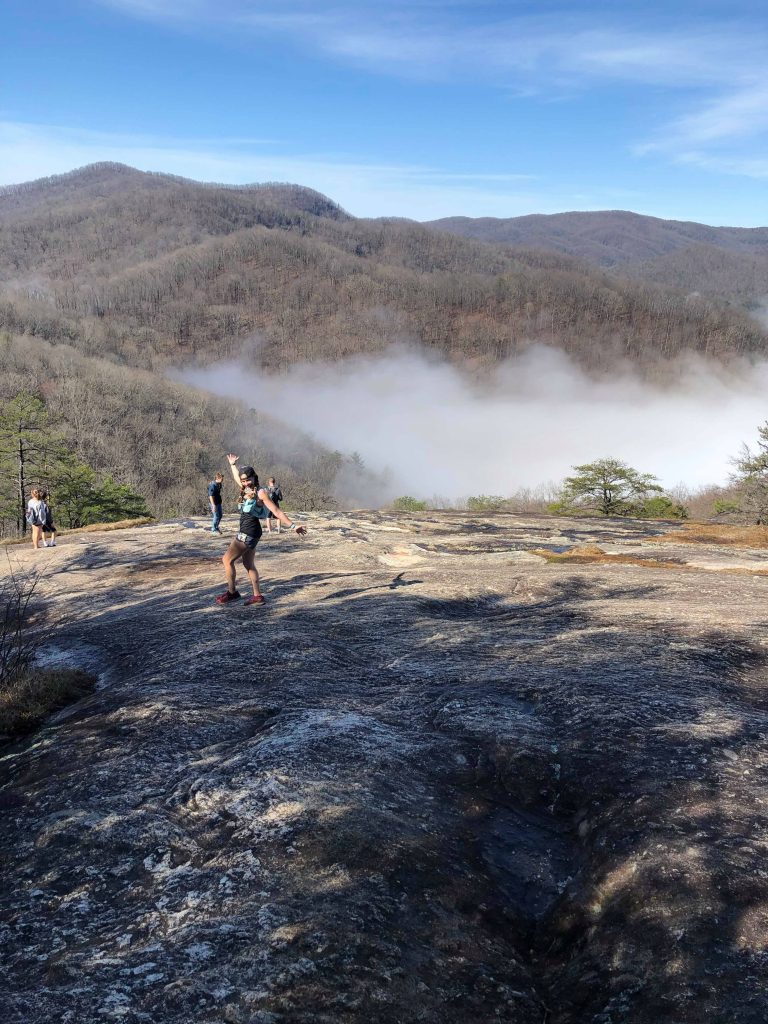 Previous Post: « The Benefits of Having a Crew When Running an Ultra
Next Post: Grow Old with Running: 6 Ways to Maintain a Lifelong Relationship with Running »