Human psychology isn’t my forte, I’m more into the physiological side of how the human body works.  That said, I’ve always been curious about the correlation between emotions and music, and how hearing just a few cords from a certain song can send you from laughter to tears in a split second.

(I realize a lot of you come here for ultrarunning tips and advice, so I’m going to go ahead and apologize for the plethora of “dear diary” type posts as of late.  Though I suppose I shouldn’t apologize, this is still technically a blog after all.  Regardless, blame the taper for all of these emotions. And this post does have to do with running.  Anyway, we’ll be back to regularly scheduled business next week.)

There is a memory burned deeply into my mind and my heart from this past summer.  I was in my parents home, for the first time in three years, and the first time after my Dad’s cancer diagnosis.  Dad got tired easily, so right after lunch, he sat down in his recliner with his cat, and took a nap.  I happily sat across the room from him on the living room couch, typing away on this very blog.  Work-from-home (or wherever you might be with your laptop) perks.  Ever since I was a little girl, I remember Mom and Dad always having music on, and this day was no exception.  Except over the years, they had transitioned from the radio to the 70’s easy listening channel on satellite TV.

As I sat there typing away, I clearly remember hearing “Ain’t no Mountain High Enough”, the Diana Ross & the Supremes version, come on the TV.  I smiled, having not heard that version in probably ten years or more.  It immediately brought up memories of working out to a “Sweating to the Oldies” VHS with my mom in the living room as a little girl.  That version of that song was the cool down sequence at the very end of the workout.  To this day I can see Richard Simmon’s expression and remember all of the moves to the cool down.

It was a happy, nostalgic moment.   And then it left my mind.

Five months later I was in my parents home again, this time to grieve with my family and plan my Dad’s celebration of life.  One afternoon I sat down on the couch to try to catch up on some emails, while my mother and sisters were also having some downtime.   I was trying so hard to respond to messages, but couldn’t focus.  My heart hurt so much. I was still in shock.  It was then I realized that Dianna Ross was singing in the background.   This time my heart sank, remembering that the last time I heard that song, I was happy, and Dad was alive, sitting just a few feet away.

It was a bittersweet moment.   And then it left my mind.

The morning of my Dad’s celebration of life, I decided to go for a run.  It was, and is, after all, my coping mechanism for pretty much every negative in my life.  While I don’t often run with music, I needed the added distraction from my pain, so I put on my headphones, turned on a random station (not a playlist I had created) on Spotify, and took off.

About a mile into the run, I came to the dead end of a road near my parents house, and crossed the gate into the local park.  As I started running down the hill, out of nowhere, four little song birds started flying with me.  I’ve been running for nearly 13 years now, and I’ve never had this happen before. I thought they would flutter away, and that maybe the fact that they were going in the same direction as me was just a lucky coincidence.  But they stayed right with me, darting out in front of me and flying down the hill I was running on.

And I’ll be damned if in that very moment, after a string of angry punk music, Dianna Ross and that same freaking song came on over my headphones.  It made absolutely zero logical sense.  I had never listened to that song on Spotify before, but there it was.

And that, of course, is when the tears started uncontrollably streaming down my face.  And the birds, they stayed.  They didn’t fly off until the grief stopped me in my tracks and I had to sit down in the middle of the road to try and catch my gasping breath between sobs.

It’s kind of strange that a song with lyrics that have NOTHING to do with my Dad is the song that will simultaneously slap me across the face then sucker punch me in the gut with grief every single time I hear it.   But only this version, not any others.

Today, on my way to the gym to train some clients, wouldn’t you know, that version of that song came on the radio.  And though I haven’t shed tears over the loss of my Dad in a few weeks, the heavy weight of grief that never seems to go away landed on me, and the tears started flowing.  I hate that something as innocent as a song on the radio can do that.

And in that moment, crying at a stoplight, I realized why I’m not really excited for the Georgia Death Race (I told you this would get to running, eventually).

When I excitedly signed on to fundraise for the American Cancer Society as a part of racing the Georgia Death Race, I figured this was going to be my way to help “fight” my Dad’s cancer.  Something tangible to show my support.  I couldn’t take the pain of the chemotherapy for him, but I could certainly take on the pain of 70+ miles and 40,000 feet of elevation change while raising funds to help those with cancer.  It was something, right?

And when I excitedly signed on to fundraise for the ACS and race GDR, I thought about how when race day finally rolled around, Dad would be done with treatment.  He would have just finished his 6 chemotherapy sessions and his 5 radiation treatments.  And then I would finish the Death Race, and we would celebrate being finished with what we both started.

The 9 months since I found out I was going to run GDR have passed.  Race day is here.

And it occurred to me today as Diana blared through the speakers of my car – my Dad’s car – that perhaps the reason I haven’t been able to get my head into the game for this race is because this has become another symbolic “end” to something, except it didn’t end how it was supposed to.

Sure, part of it is also because my training went to shit, and in general I physically feel like shit (but that’s another story).  But I almost feel silly that it took me until today to make the correlation between this race and the grief that I still haven’t fully come to terms with.

This is not my first rodeo when it comes to death and grief, but losing my father has indeed been the hardest hitting death by far.  From the moment I found out he died, I gave myself permission to grieve unapologetically. Because while again, I know far more about the Krebs Cycle than the human brain, I do know that everyone grieves differently, and that’s OK.  I have chosen to feel this pain and not try to push it down.  I’ve also chosen to accept his death, and not try to feel angry about it.

Months before Dad passed, I saw that episode of Car Karaoke with James Corgan and Paul McCartney.  I remember Paul talking about how the lyrics to the song “Let it Be” came to him when his mother who had passed away came to him in a dream, and reassured him that everything was going to be OK.  I cannot tell you how many times I’ve thought about that in the last 167 days.   Or thought about how when James says he wishes his late Grandfather was there to witness that moment in the car, Paul doesn’t skip a beat to remind him that he is there.

(watch this video until the very end)

I fully believe, with all of my heart, that if my Dad could tell me anything right now, it would be that everything is going to be OK.   And he would tell me how much it sucks that he’s gone, because he still had so much left he wanted to do.  He wasn’t done here.  But Dad was always the first to remind me that life isn’t fair, and we just have to roll with the punches.  He’d reassure me that it’s OK to hurt, but life is still an incredible adventure, and there’s still so much left to do.

Hurt when you need to, feel your feelings unapologetically, but keep your head held high, because life is the most incredible gift we could ever be given. 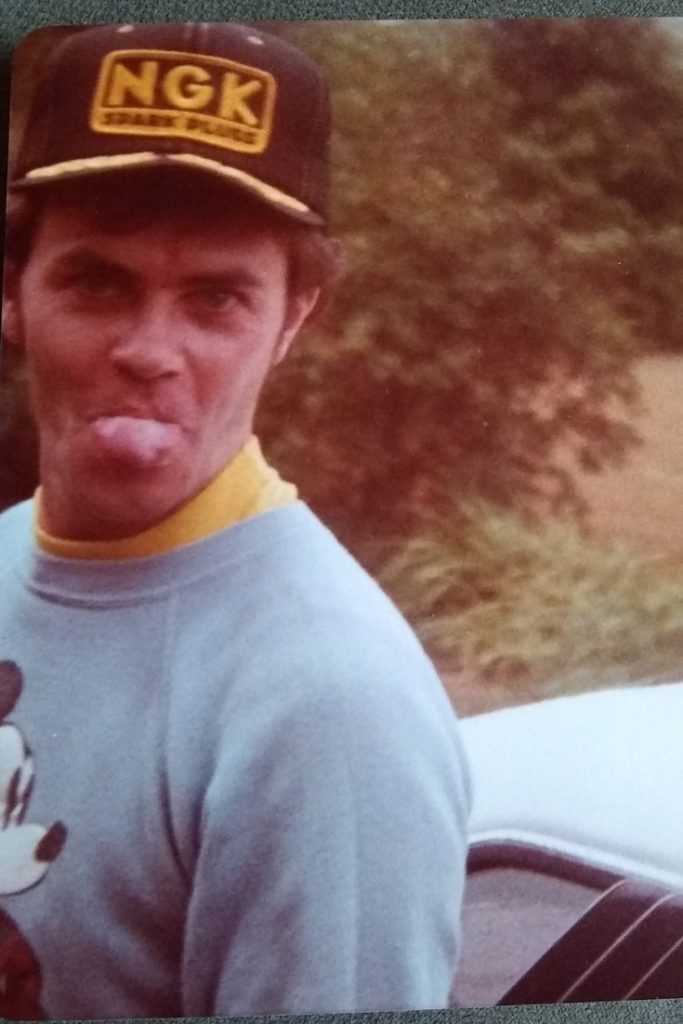