It’s Thursday morning, my house is quiet, and for the first time in almost three weeks I’m sitting at my computer desk alone, attempting to write.  The past month has been a whirlwind of adventure and chaos, and I truly feel like I just got spit out of a tornado, landing here in front of this keyboard, unsure of where to even start.   The weather has been far too nice to NOT take advantage of, so we’ve been outside running, training, and doing everything and anything we can to soak up some Vitamin D (i.e. NOT sitting in front of the computer).  As mentioned numerous times before, this blog started as a place for me to essentially talk to myself (“Dear Diary:”), and sometimes I find I can’t get back to the serious business of shoe reviews and running advice until I unclutter this brain of mine.

So how about some pictures and rambling.

After finishing up my 120-ish hours at the gym over the past 10 days, we headed East to run the streets of Boston.  No, not the marathon, but a fantastic running tour of the city none the less, led by countless grown men and women in Disney princess outfits.  It was the Boston H3 annual Marathon; not nearly as prestigious as the BAA version, but a tradition none the less.   Sadly, I was so busy with work that I didn’t get the memo about this years princess theme (it appeared I was the only one), but my lack of sparkling princess outfit did not deter from the fun that I had. 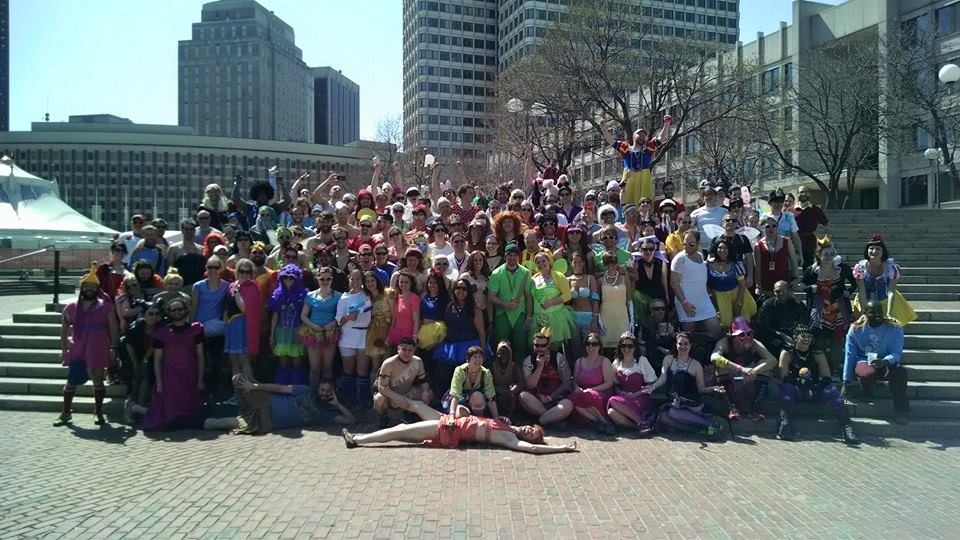 Running through Boston is always fun, no race required.  And of course, being the third weekend of April, Boston was FULL of marathon (the real marathon) participants out enjoying the sunshine and the city prior to their big day.  I hope our antics were able to bring them a laugh and a little stress relief (if not a slight moment of confusion).  Numerous people asked what we were doing.  Most of the time we answered back “running”, but my favorite explanation of all was when one friend stopped and told an actual marathon participant,  decked out in their shiny new Adidias 2015 Boston Marathon jacket, who inquired upon our shenanigans, that “this is what happens when you can’t run a Boston qualifying time.”

So, you better run faster, kids, or this could be you…

Just kidding.  But it was pretty cool to run through Boston Commons, past the big Citgo sign, and all of the other sights that the marathon runners would be passing in just  few days time. We sang some songs, followed the trail, and were given a private mini concert by local celebrity Keytar Bear.  Don’t worry, I had never heard of him either, but apparently he’s pretty popular…and he could really rock that keytar.  I swear there is never a dull minute in my life.

That night, we dined on Australian pot pies (vegetarian for Geoff and I)  sitting cross legged on the floor of a community center gymnasium while a DJ played Sugar Hill Gang and other classics that made me wonder if I had entered some sort of time warm that had taken me back to a middle school dance.

I love these silly friends of mine, and this ridiculous group of “runners” I’ve found.  It’s so fantastic to be able to run and NOT stress about pace, time, distance, am I supposed to be going anaerobic or should I stay in Zone 2, all of the things that become overwhelming in our sport.  They are the yin to the rest of my running world’s yang.

And eventually Geoff and I made the decision to walk back to our hosts home.  Uber is still beyond our understanding as backwoods Vermonters, and besides, we like to walk.  We were assured that the house was an easy walk from our current location, and indeed it was.

Except we went the wrong way.

As it turns out, in a big city it is imperative that you differentiate between” _____ road” and “______ street”, as these are two very different locations.   Of course we entered the wrong location into our GPS, and as such, walked about 45 minutes in the complete opposite direction of our intended location.   We realized our mistake once Betty (the name we have given the voice of any GPS) announced that we had arrived at our destination, and it looked nothing like the house we had left may hours earlier.  There is nothing quite like realizing you are completely and utterly lost at 1:00 am in a city that you are completely unfamiliar with, never mind one that makes no sense to begin with. 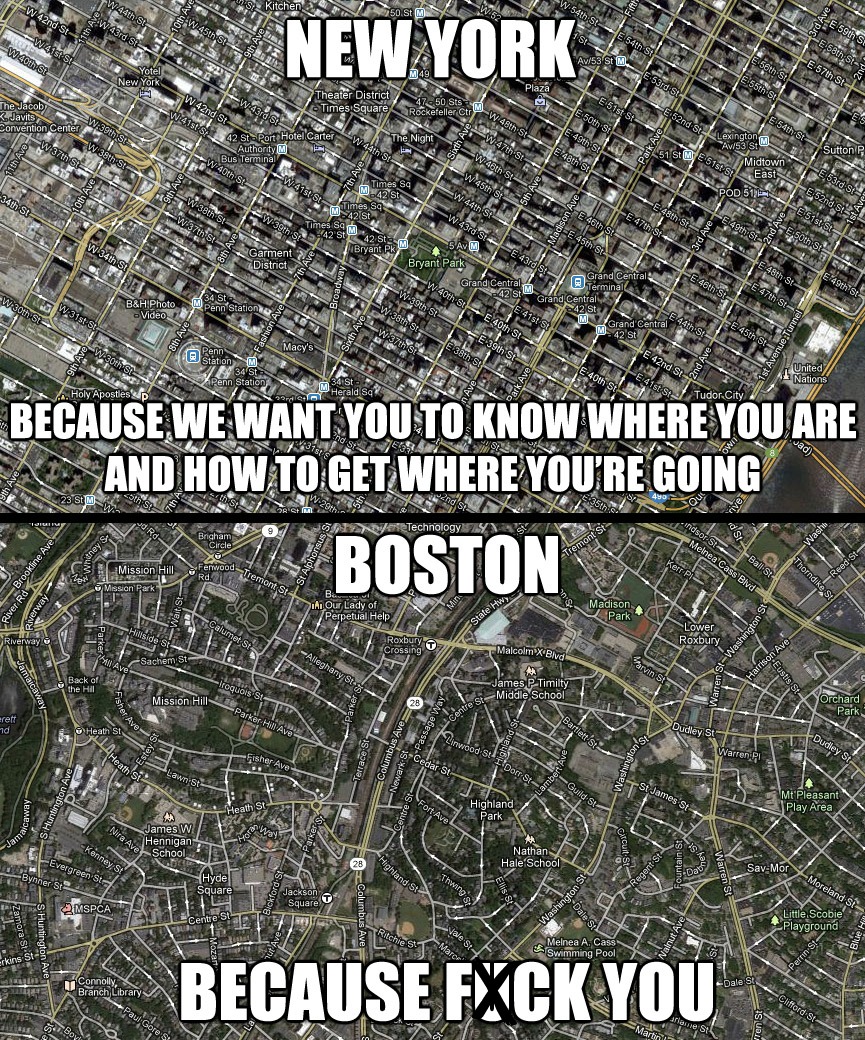 Fortunately, we were lost in Somerville.

Betty the GPS, now given the correct location,  let us know that we were now well over an hour from our actual intended destination.    Tired from a long week of work and a day full of running, we decided to do the most logical thing: we called a cab.   And they told us “call someone else, you’re out of our service area” and hung up.

Welcome to the big city, Vermonters.

My biggest regret of the evening, by far,  was that I didn’t wear my Fitbit.  (Nerd alert!)  And truth be told I didn’t wear my Fitbit because it somehow snuck itself into the washing machine and no longer works.  But I digress: as a super gear geek nerdy runner, I certainly could have come up with SOME sort of GPS or step counting backup to record that infamous evening.   Eventually, we found the right house, and crawled into bed at an hour I haven’t seen since my kids were babies and didn’t sleep through the night.

The rest of the weekend involved some hiking, trail blazing, and running back in Vermont…

.. and then driving through an utter monsoon to see one of my favorite bands in Portland, Maine.

One thing I’m really going to miss about New England is the ability to hop across numerous states in mere hours.   The countdown is on, however, and we are facing a mere 38 days until our move date.   Among the uusual chaos that comes with moving, we are squeezing in a few races, events, and as much visiting with New England friends as possible before we go.   It’s about to get crazy over here (more than it has already) so I apologize if posts are sparse and intermittent.

Life is either a daring adventure or nothing at all.

And now that I’ve purged my brain of this weekends events…on to your regularly scheduled blog posts.