Let’s hop in the way-back-time-machine for a second.  In 2010, I gave a solid attempt at being a multi-level-marketing coach.  I won’t directly name the company, but it rhymed with “peach potty”.  In other words, I spent about 6 months hassling my friends and family to fork over an exorbitant amount of money for an overpriced protein shake that, while tasted good, gave me horrible gastrointestinal distress.   But if you had asked me at the time, I would have told you that the shake was the greatest thing since sliced bread, and if you weren’t drinking it, you were wrong.  Even worse, I spent just as much time and effort trying to convince the same people to turn around and try to sell said expensive gas-inducing shake to their friends and family as well.

For the record: I’m sorry. I truly am.  And I hope your stomach fared better than mine. 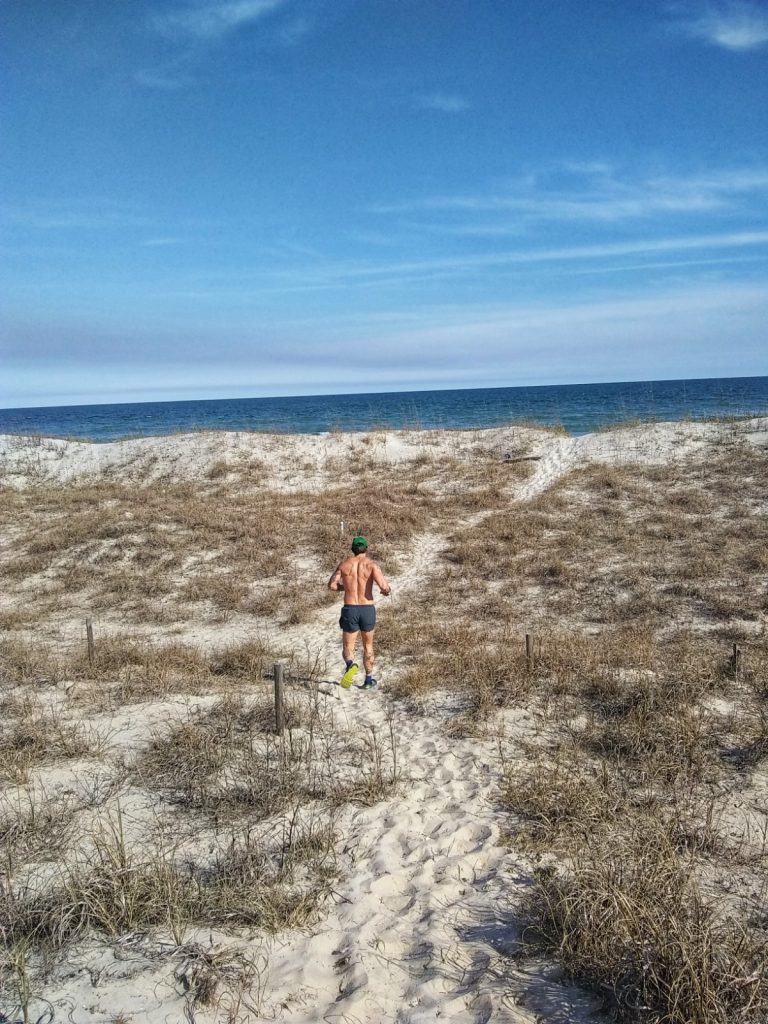 At the time, I was absolutely convinced by the ones who convinced ME to try the shake (and then sell it) in the first place that this was the ultimate path to being able to live my dreams.  I could help people reach their fitness goals while working from home!  I could make passive income, and maybe even “bring my significant other home” from their job, supporting our entire family with my paycheck!  It would be financial freedom!  (Any of this sound familiar?)

But first, I just had to put my head down and hustle.

Hustle. What a trendy word.  It was around that same time I learned about being a “girl boss” or a “boss babe”, and heard catchy sayings like “You have the same amount of hours in a day as Beyoncé” and other Pinterest-worthy phrases that lead people to believe that the only path to success is to sacrifice everything in order to relentlessly claw your way to the top and achieve your goals.  Work while your kids nap.  Spend money to make money. Work after your family goes to bed.   Wake up early and get to work.  Hell, sleep when you’re dead! Be relentless, even if it annoys everyone you love. Do whatever it takes to make your “biz” successful.

Eventually, I not so gracefully jumped off the “peach potty” bandwagon when I  could no longer ignore the gross feeling that accompanied every “hey I haven’t seen you in a long time, I hope you are well! Tell me a little bit about your fitness goals!” cold-call equivalent of a Facebook message I would send to people I hadn’t seen since high school.

Yeah, I was that girl.  Let me reiterate:  I’M SORRY.  And I gracefully accept all of those messages into my own inbox now, knowing it’s got to be the universe’s form of hilarious retribution (I really am sorry).

And now for the disclaimer, lest I upset someone: not all MLM’s are bad, and not all MLM’ers are obnoxious.  If you love your biz and your shakes, more power to you!  My experience wasn’t so great, but it was just that: my experience.

Although I left that chapter of my life behind, the “hustle harder” mentality lingered, especially once I entered the professional blogging world.  All around me,  blogging acquaintances were bending over backwards to make it big in the blog-o-sphere, all while ironically writing posts about “balance” and “self care”.  I remember attending blog immersion trips, and finding it so uncomfortable that we’d be in a room with a really cool guest speaker, like an Olympic medalist or the CEO of a huge supplement company, and all of my cohorts would have their heads buried in their phones, working.  Because that’s what it took, right?  Never stop working.  #CantStopWontStop (or feel free to insert other trendy hashtags of your choice here). More, more, always more.  And I thought that maybe the reason that I wasn’t as successful as them was because I wasn’t hustling hard enough.

Hustle. Harder.  It truly is a supposedly “motivating” mindset in our society. A mark of success is to always be busy.

Oh my friends, how I am utterly burnt out on this mindset.  Yet for years, I’ve been chasing it, because that’s what you do when you want to make your dreams come true right? 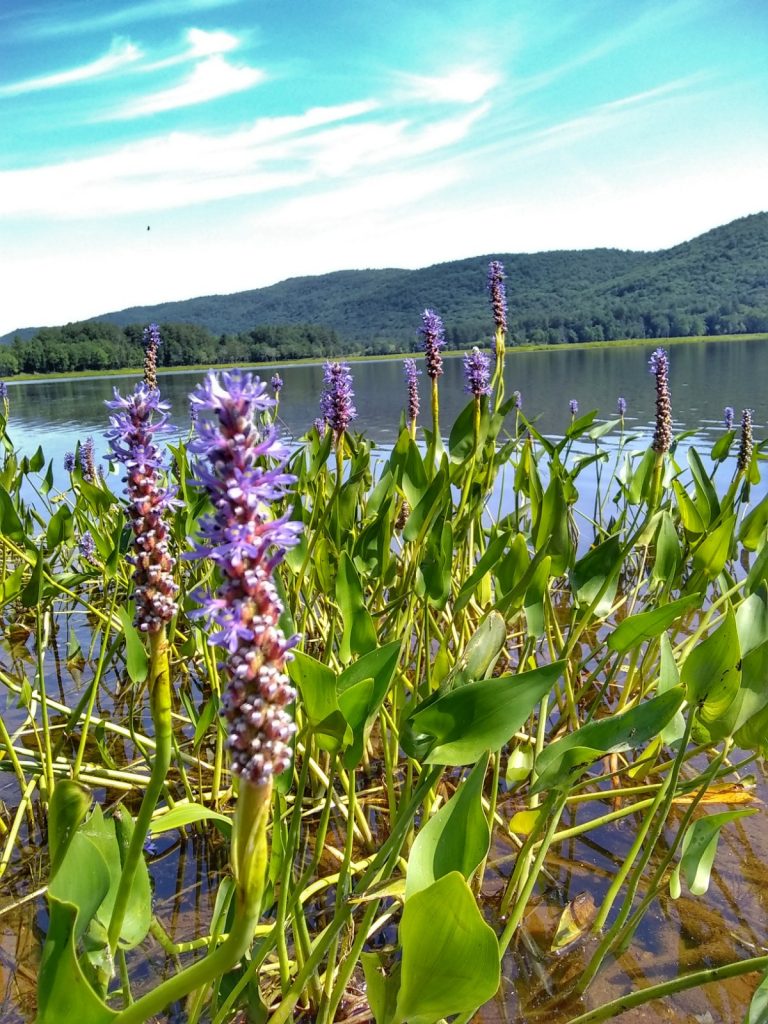 Success does indeed take a lot of hard work.   Well, sometimes it just takes luck and/or knowing the right people.  But most of the time it takes hard work.  And I know that I wouldn’t be where I am today, I wouldn’t have the opportunities I’ve been given, if it wasn’t for hard work.  But what I’m learning as of late is that success also takes carefully calculated dedication and focus…and that shouldn’t be confused with being “busy” or “hustling”.  And what it definitely shouldn’t be confused with is running yourself into the ground because “that’s what you’re supposed to do”.

For YEARS I’ve been balancing a million different plates.  And for years I’ve been making it work…sort of.  I’ve been making it work just enough to pay the bills.  To have some really cool opportunities.  To be able to declare that I have all of these kickass dream jobs.  But with it has come 7 day work weeks.  Having to constantly tell my kids “hold on, mommy is trying to work right now.”  Having a frustrated partner because I’m “always on my phone”.  Having to apologize to a client for a delayed email response, because I was buried in work at the other job.  Having to find something to quell my anxiety, because there is never enough time.  Haivng no boundaries, because boundaries were potential barriers to success.

Here’s the thing:  the problem with juggling is that you are always so focused on trying to not drop a ball, that you never really get to stop and appreciate what it is you are juggling in the first place.

Or at least, I couldn’t.

Friends: I’ve run myself into the ground once again, trying to balance all of the jobs, and all of the races, and all of the responsibilities, and all of the relationships.  This isn’t the first time, and unfortunately it’s probably not the last.  But with each time I make the realization of what I’ve done to myself, physically and emotionally, I learn a little bit more about myself, about life, and about how the world works.    I’m tired, both spiritually and physically.  But I’ve finally had the courage to take a step back and admit that I can’t grow in the areas of my life that I want to, if I’m too busy spreading myself thin everywhere else.

So instead of hustling, I’m learning to focus on the things that do matter the most.

Instead of feeling the pressure to be good at everything, I’m trying to learn to become GREAT at  just a few things.

Instead of making sacrifices to try to constantly get ahead, I’m learning the value of my time…and maybe more importantly, the time of my loved ones. 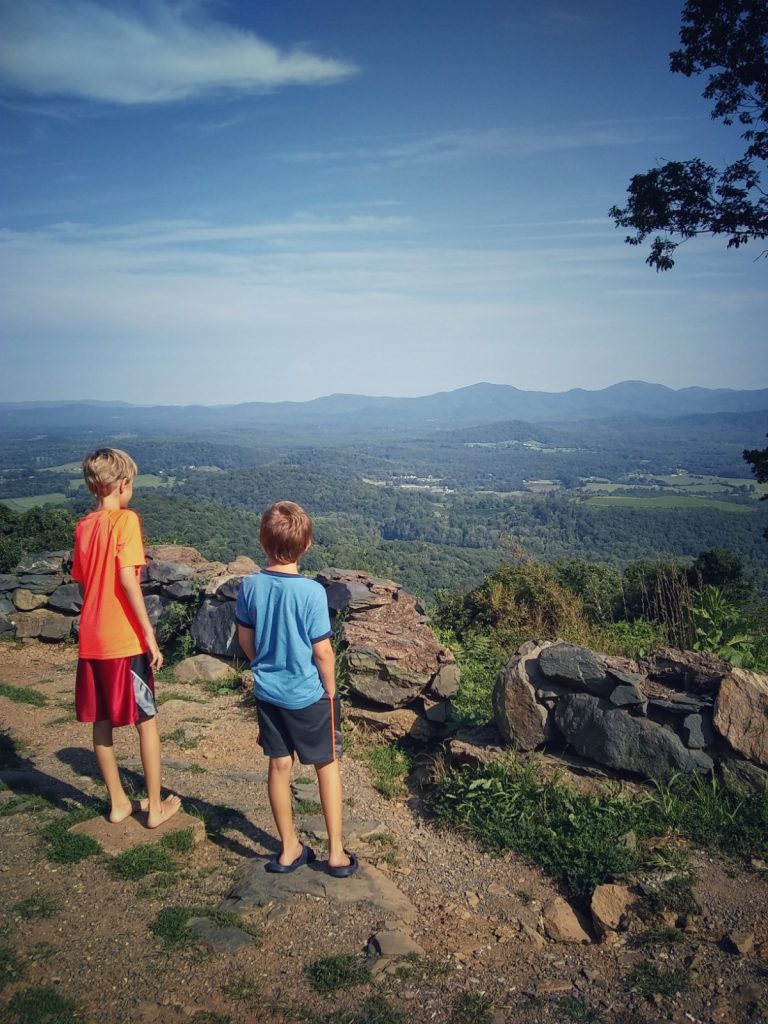 Instead of #NoDaysOff, I’m learning to unplug, to stop and literally smell the flowers.

Instead of trying to squeeze more minutes out of each day, I’m learning that some things can indeed wait until tomorrow.

Instead of FOMO, I’m trying to learn to appreciate the joy of focusing on ONE goal (i.e. I don’t have to run ALL of the races) and subsequently taking time to relish in the joy of achieving said goal, instead of immediately hopping into the next one.

This summer I dropped everything to go home and see my dad after he received a cancer diagnosis.   I never imagined it would be one of he last handful of times I got to see him, as I was absolutely and stubbornly convinced he would survive this ordeal.   4 short months later, he didn’t.  And the whole experience, of having suddenly found myself in the “grieving children who lost a parent” club that I never wanted to be a part of, has left me realizing a lot of things, but in particular:

Life is too fucking short to let it slip by with my head down, hustling from sun up to sundown.

“I hope I can be the Autumn leaf,
who looked at the sky and lived.
And when it was time to leave,
Gracefully it knew life was a gift.” -Dodinsky