By the time you read this post,  Punxsutawney Phil will have become the most beloved or most hated critter throughout most of the Northern part of the country, despite the fact that rodents cannot actually predict the weather.  February second.  I can’t even make myself remember to consistently write “2015” at work every day, and here we are in February already.  On one hand I can’t stand the fact that time flies by in the blink of an eye when you are constantly trying to keep up with work, training, and life in general.  On the other hand, I’m so incredibly thankful to work in an industry I adore, and have the physical capability to train, so I’m certainly counting the fact that there is always something to do as a huge blessing.  And damnit, I’m alive, which is the greatest part of all.

Plus: a new months means we are that much closer to spring, so bring it on February. You too, Phil. 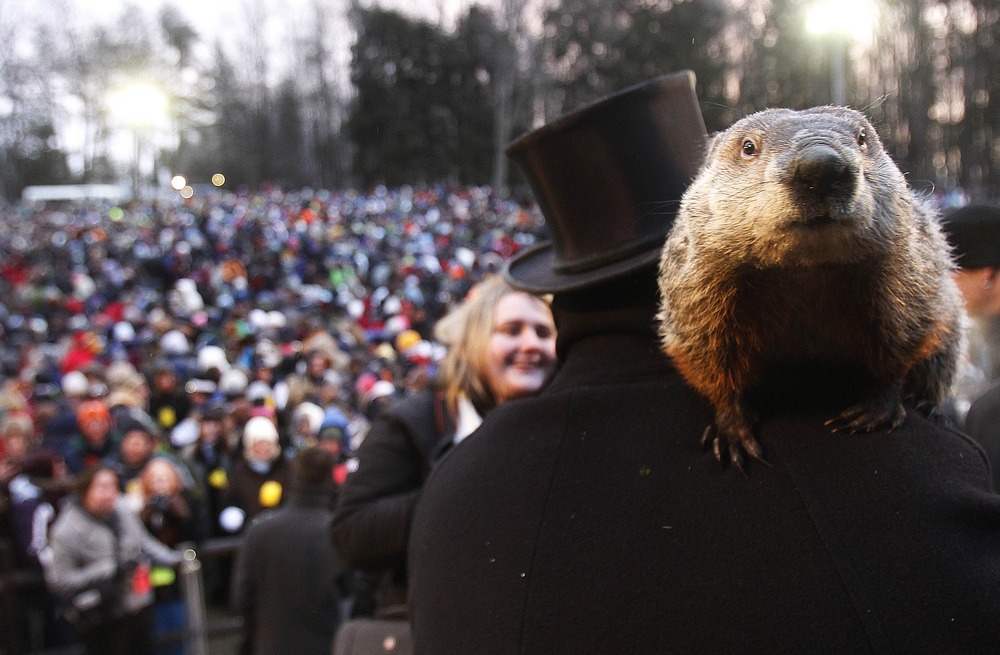 One of my goals for the new year was to actually keep track of my workouts.   I’ve always admired those people who can tell you exactly how many miles they have run since the day they first laced up their sneakers and took up running. I on the other hand have always been a fly by the seat of my pants type of girl, and my training follows suit.  I train based on how I feel that day, and not necessarily a pre written plan.  And while I still do that to some extent, keeping track of what I have been doing has forced me to put a little more routine into my madness.   Plus, even though I’m about 9 years late, I can now tell you how many miles I’ve run…from January 1st 2015 on.

So to the best of my knowledge, I actually did keep track of everything this month.  Working out indoors always leaves room for error: machines aren’t always 100% calibrated, and a lot of the weight equipment is deceiving…at least at my gym. For example: our leg press weighs 100lbs unloaded.  The equipment is old (but cool and vintage, and it still works which is all that really matters) so there is no pulley system that counter acts the weight of the sled itself.  But I only count the weight of the added plates in my total weight lifted.   Because it’s easier to track change and keep track of how many plates I actually used.  Math gets harder as you start to go anaerobic.

I’d like to say I’ll do more in February, but the reality is I’ll likely be doing less.  The corrective surgery for my umbilical hernia has been scheduled, and in less than two weeks I’ll be going under the knife.  The Dr. loosely estimates about 48 hours of me subdued and sedated, then another 2 weeks until I may “resume normal activity”.   I didn’t exactly reveal what “normal activity” entails in my world, so I’ll likely add another week or two on top of that until I’m back to Heather normal.    As much as the downtime is going to be a bummer, I’m thrilled that this procedure will (hopefully) allow me to get back to the type of training I am used to.

Also, three cheers for health insurance, a novelty I have not known for the past 11 years.

The 30K Frigus Snowshoe Race hosted by the Endurance Society has now been put in the “wait and see” holding pattern for me.  It isn’t until February 28th, which is technically two weeks post surgery, so I may still be a viable candidate.  But I’ll be smart. (I promise, mom.)

In the meantime, I plan to spend the next 10 days training my ass off to the best of my broken core’s ability.  Starting with, hopefully, a decent snowshoe run today, as the fresh powder is coming down fast and furiously this morning. 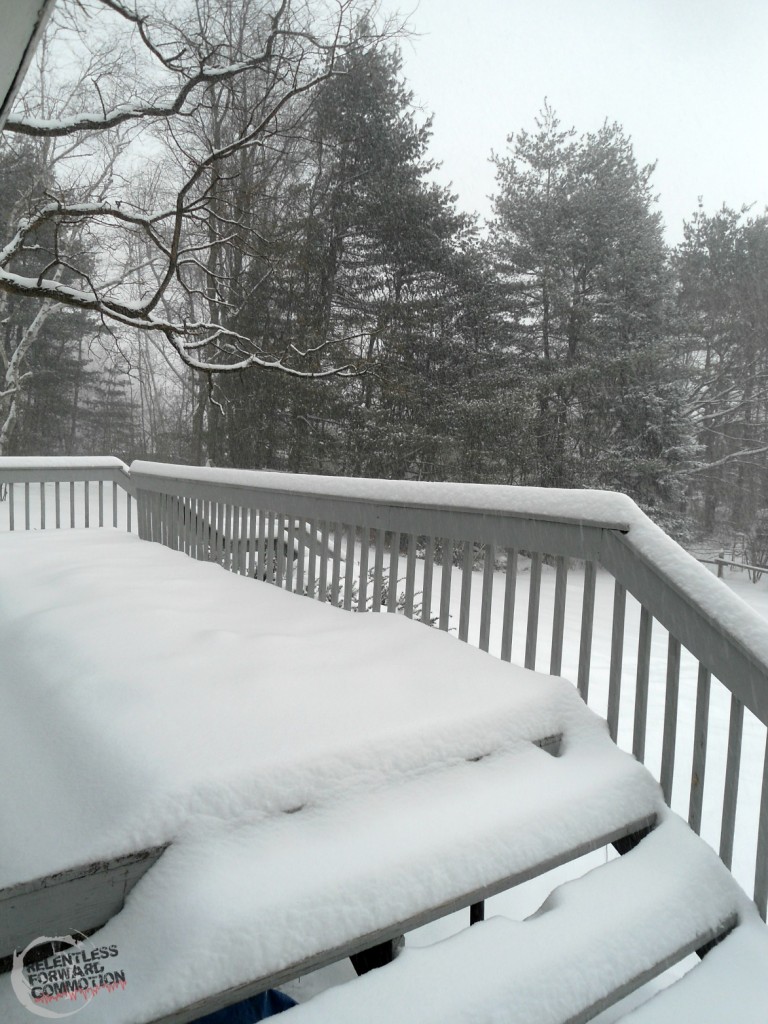 The porch was clear last night.

And this unexpected snow day is the exact reason why this post will have no solid conclusion or ending.   I’ve got some shoveling to do.

Thanks for the fun January!  Let’s see what February has to offer!

Do you have any big goals or races for February?