*edit/update*  I had no idea this post would get so much attention.  I’m flattered that so many of you took notice, whether you agree with my rantings or not.   For the record, I’m the loud mouth, outspoken younger sister.  While Holly is upset that she didn’t get her medal, everything stated below is my opinion, not hers.  That said, I won’t apologize for my opinions; this is my blog after all, my corner of the internet to ramble on about whatever I see fit at any given moment.  My intentions were to call out WTC/Ironman not for a simple “mistake”, but instead the way they handled the mistake.  Call it “throwing under the bus” if you wish, but frankly, it wasn’t the way I would expect a top notch racing organization to handle this sort of situation.      I assure you this rant would be far worse if it happened to me.  Lucky for all of you, I’m just being the obnoxious, protective little sister.

What do I want from all of this?
1. The finishers who didn’t get their medals to finally  get their medals (going on 6 weeks, still nothing), and more so
2. Ironman: don’t doubt your customers.  A  “oh hey, sorry, but we didn’t think you were gonna finish” isn’t right in my book.  Ever.  (“Limits? What Limits?”  Where did I hear that catch phrase again?)

So, there you have it.  And with that, let’s have a toast. Long live the internet!!  A place where we are all free to write open letters regarding  someone else’s shiny finishers medals that we apparently care too much about, or form harsh opinions on people we have never, ever met before and spew said opinions behind the anonymity of a chat board username.   Cheers!

I’ll be sure and update when I actually receive the package in the mail. I’m not looking for anything additional, just what every other athlete received. And for the record, I was told at the Finish Line by a Volunteer/Staff (It’s not clear who they were) as they wrote down my name, “We had more finishers than we anticipated.” I would have much rather heard “We lost some hats and medals.” I have worked as the Volunteer Coordinator for a local race with 5,000 participants, misplaced or delivered boxes, I can certainly understand. The implication that they did not anticipate the last 20 or so athletes? That still smarts a little.

A few years ago your greed really ruffled my feathers.   I vented in an open letter that garnered a little bit of attention, and I was very happy when my, and thousands of other triathletes, voices were heard and you decided to do away with your absurd Access Ironman program.   I get that we all make mistakes, and I appreciated that you admitted that perhaps your grand idea wasn’t nearly as beneficial for your athlete and fan base as it was for your bottom line.   I forgave you.

But now you’ve messed with my family, and frankly I’m pretty disgusted.

Five weeks ago, my sister Holly finished Ironman Florida.  The clock read 16:46:59 as she crossed the finish line. A thirteen minute and one second buffer stood between her finish time and the cutoff, making her an OFFICIAL finisher.

I wish you knew how much more than 140.6 miles was put into that finish.

Your race, however, draws amazing athletes from around the world.  So perhaps her story of struggle, of life threatening cancer, of a year of chemo, of her not letting cancer stop her, of being a SURVIVOR, of designing a program to encourage other cancer survivors to step up to the start line,  of her being pulled off of her first Ironman course, but not taking defeat and instead coming back to try again, of doubts, of fears, of injuries, and finally of finishing… perhaps that story triumph is just another drop in the bucket to you.

On November 2, 2013, when Holly finally approached that finish line, friends and family from around the country were on pins and needles watching from their computer screens.  When the announcer stopped her in the finishers chute, turned her to face the crowd, and shouted “Wait a minute Holly…wait a minute….we have something to tell you. Holly Shoemaker…YOU ARE AN IRONMAN!!!!” friends, family, and loved ones across the country cheered.

Holly and the emcee

When she crossed that finish line with her hands in the air…well I can’t speak for everyone else, but I cried like a baby.

Holly Shoemaker, you are an Ironman.  Actually, you are much, much more than that. You are an inspiration. You are a hero. You are amazing. Ironman is lucky to have YOU among their ranks.

The finish line. Every potential Ironman athlete dreams of that moment.  They dream of the feeling of victory, of all of that hard work finally coming to fruition as they run through the finishes chute, full of screaming cheerleaders, bright lights, and loud music.  Of the moment when they breathlessly cross the finish line and a smiling volunteer places that coveted finishers medal around their neck and offers sincere congratulations.

Except Holly was immediately told at the finish line “oh, sorry, we’ve run out of finisher’s medals (and hats, for what it is worth)…we’ll be sure to send you one.”  And she wasn’t the only one: at least twenty other athletes who finished before the midnight cutoff time were told the same thing.

I know it may seem trite.  I know many people will say that the finisher’s medal doesn’t take away from the accomplishment.  And yes, that is true. No one and no material item can take away what Holly did that day.  But here’s the thing: for many people, the finisher’s medal IS part of the experience.    NOT having that coveted shiny medal waiting for you at the finish line can feel like a kick in the already unsettled, full of GU, stomach.  Could you imagine an Olympic athlete stepping on the podium to accept a gold medal, and the officials say “ohhh sorry about that, we ran out of them during the figure skating finals.  We’ll send you one in the mail though!”  Sure, an Ironman isn’t the Olympics, but for many, the accomplishment is pretty damn close.

Even worse is being told that they didn’t think they’d have that many finishers. Nothing like a vote of confidence, WTC.

Let’s look at the facts:  Ironman entry fees cost upwards of $700.   Registration is typically sold out within days of opening.  There are ZERO race day sign ups.  There are ZERO bandits.  Sure, in theory there will be people who do not show up, and there will be people who DNF.  But for a race of this magnitude, and of this significant cost, with almost a year of foresight into how many participants you will have, please tell me what the excuse is for NOT having enough finishers medals for all of the finishers?

Alright, again, while I think a corporation of this magnitude should never make an error like this…mistakes do happen.  But now it has been five weeks, and Holly has still not been sent a medal, and instead has been given a song and dance about when she may or may not receive it.

Perhaps I’m overreacting.  I’m sure some people will read this and again reiterate that medal or no medal, Holly finished the Ironman.  Nothing can take that away from her.   But in my humble opinion, this is an insult to your athletes, WTC.   This isn’t a  “ohhh congratulations, you shuffled a 5K, have a shiny medal” sort of an accomplishment.  This is an IRONMAN.  2.4 mile swim, 112 mile bike ride, 26.2 mile run, under 17 hours.  And let’s not forget the MONTHS of training, financial and personal sacrifice that is necessary to even get you to the starting line in the first place.  Not many people can do this.   Hell, most people wouldn’t dream of even attempting it.   Those who finish, especially those who finish in the time you designate, deserve recognition, and especially YOUR respect.  Not only as kick ass, amazing human beings…but as your CUSTOMERS.

Everyday on facebook I see you pushing more and more Ironman branded items to sell to the masses.  Money grabbing things like “Celebrate your accomplishment with our new arrivals of Finisher gear” and “enter to win a grab bag giveaway” plaster my news feed.  Here’s an idea Ironman:  why not take care of the humble athletes who busted their asses to achieve one of the greatest athletic feats in their life?  Why not give them what was promised to them when they handed you their credit cards and said “see you at the finish line?” 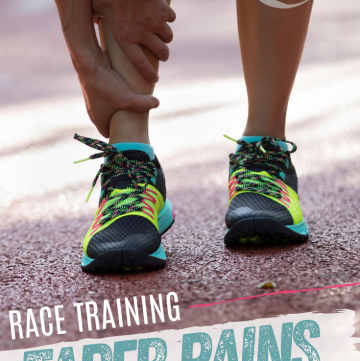 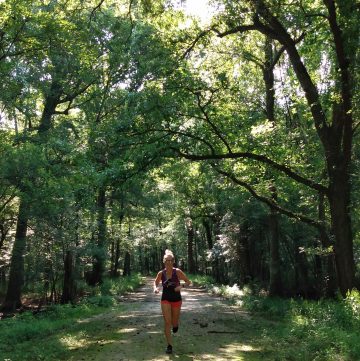