Well well well. It’s been 10 days since my last blog post. And until yesterday afternoon, it had been 13 days since I last ran.

Basically, I spent the last two weeks reveling in lazy, delicious Christmas food gluttony. We don’t own a scale, but I’m willing to bet there is a minimum of 5 extra pounds between my butt and gut. But oh cookies, mashed potatoes, cookies, wine, cool-whip-frosted-jello cake, chocolate, and did I mention cookies (and wine?)…they were worth it.

Alas, I have survived the food coma and I’m ready for the new year. Ready for some new goals. A lot of people don’t believe in resolutions and what not, but I like them. I always feel like January 1st is a brand new day, a fresh start.

But what are my goals for 2011? I have tons. I always do. Heck I come up with new goals before I can finish the first ones, all the time. But as for my new years goals, I find myself hesitant to put them down on paper (err, computer screen?) or to make them “official” by declaring them to the world, hence the lack of blog posts. As I learned in 2010, even the best of intentions mean nothing when a split second can foil your plans. Race entry fees gone to waste from injuries, school and work put on hold for family, bank accounts drained over unexpected happenings. But that’s life, it wouldn’t be so exciting if it was predictable.

The other hard part about sharing goals is simply the act of sharing, and not getting the sort of feedback you might have hoped for.

I’ll just go ahead and say it, instead of being so cryptic. I wanted to do the full Rev at Cedar Point this coming September. I spent a long time mulling it over, eyeballing training plans, talking to experienced triathletes about it. I talked to Rich in depth, more than once, and he was behind me 100%. My hopes were high, I was going to do it. But when I mentioned the idea to friends and family who know both the sport AND me personally, well they all told me maybe I should wait a little longer.

I love them for looking out for me.

But quite frankly, it pissed me off.

No offense to those of you looking out for me, I really do appreciate, value and respect your advice. But, you took some giant sharp pins and burst my bubble. I don’t take “no” very well. I don’t take “you really shouldn’t do that” very well either, because when I hear that, I think it’s “you CAN’T do that”. Even though, deep down, I KNOW of course it was with the best of intentions, I’m just stubborn (and those close to me should not be surprised!) But more than being stubborn, I can’t explain why I’m so drawn to a 140.6. I want it, bad, and I hate waiting. I want to suffer now, haha. I really had this all planned out in my head and was LOOKING FORWARD to the 18+ hour training weeks.

I ranted and raved to Rich. Cried a little even. And while he supports me 100%, he admitted that he was a little nervous to be able to hold up his end of the 140.6 deal (namely, that he would have to get up early mornings with the kids after really late nights at work…his peak season at work and my peak season in training would be identical.) So I caved.

I’ll admit that my friends and family are right. I’ll stomp my feet when I say it, but I admit it. I KNOW I could do it, that’s not the question. But maybe it would be EASIER…not necessarily physically, but for my family and schedule, if I waited one more year. Until school is a thing of the past (well, for a couple of years until I go back for my masters, ha). Until I have a steady job (here’s hoping). And yeah, yeah, another season of triathlon under my belt certainly won’t hurt.

Sincerely, thank you to those of you looking out for my best interests. I really mean it. But I’m telling you all right now, I’m going for 140.6 in 2012 and don’t a single one of you dare to try and talk me out of it, haha 😉

1) Graduate from college. Come hell or high water. My plans for May of 2011 have been possibly foiled, maybe not, but I will scrap and claw and darn it, worst case scenario is December 2011. Most likely looking at August being the wrap up on classes and internship. Here’s hoping (and I’m headed back to financial aid tomorrow to scrap and claw a little more)

2) sort of goes with goal #1, as I don’t think I’m allowed to graduate from my major without it, but I will have my personal training certification (Health Fitness Specialist from ACSM) 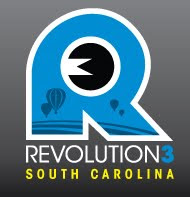 5) First Half-iron distance (70.3) triathlon. I’d like it to be Rev3 Quassy, but with the reality of school, I’ve decided my approach will be: train for the half, don’t feel bad if the training lacks, and then just do the oly instead. I’m looking at the 20 week beginner half plan on BT, and it really does look do-able. Again, we will see. No pressure. Rev3 Anderson (SC) half for sure.

6) get a job. Ok I already have two. But in my career field. OK technically both are already there, but I only work 5 hours a week, so you know what I mean. A full time job. I’m ready to have a steady income. Which of course means I’m ready for the student loan people to come collecting, I guess. Can’t have your cake and eat it too!

7) I’d like to get a Spinning certification and run-coach cert (probably RRCA), I need CEU’s for ACSM anyway so this falls into the plan nicely.

9) Enjoy my year representing Team Trakkers, earn my keep on the team and make them proud 🙂

10) Be a stellar mom and wifey so the boys do not disown me after all of the chaos listed above….

There ya go. Here’s to 2011, and many many miles of swimming, biking, and running fun 🙂

Previous Post: « The Chlorine Chronicles, volume 1
Next Post: You’ve got to slow down if you want to win! New Years Prediction Run »