A moving date has been set.  After much deliberation over the various things possibly standing in the way of the move, we decided the best thing we could probably do for our sanity was to pick a date and just go, no matter what.  A ton of things have held me/us back with moving plans in the past, so this time, ready or not, we’re going.  Leap of faith style.  That date isn’t as soon as I initially had hoped, but it certainly wasn’t as late as some other possibilities.   We’ve got a couple of things to sort out before the date becomes public knowledge, mainly finances and job situations.  And getting my hernia stitched up.  You know, boring adult stuff.

Having a concrete date is incredibly satisfying, albeit somewhat terrifying as well. My two reasons for moving need not be justified, but I’d be lying if I didn’t admit I’m nervous.  Other than the obvious, I’m happy here in middle-of-nowhere Vermont.   I adore our little house.  I love the dynamic of living with both Geoff and his mother (how many people can say that about their in laws?  She is absolutely fantastic.) I love the mountains and the local racing community.  I love my job.  It was a very stressful few years of not feeling like I had a real home.  Hell, if I’m being honest, it was about a decade of never truly feeling “at home”.  And now that I do, it’s an overwhelming feeling to know you are going to leave it behind.

But it’s also pretty exciting.  Life is an adventure meant to be lived.  New places, new experiences, new races, new friends.   And as they say, home is where the heart is.  Half of my heart is in South Carolina, and the other half is coming with me, so I know I (we) will be OK.

All of that said, having a date also opens up a few months on my calendar.  As mentioned previously, I hadn’t planned anything for 2015 because I didn’t know where we would be or when we would be there.   But now that I know I’ve got another season in New England, I’m going to fully take advantage of it…as long as it’s cheap and doesn’t interfere with goal #1, moving.   The only thing we are currently registered for is The Endurance Society’s Frigus snowshoe event.  The 30K to be exact.   I was certain that I would have plenty of time to train, but mother nature, who always has the last laugh, is out to get me once again, for we have no snow. 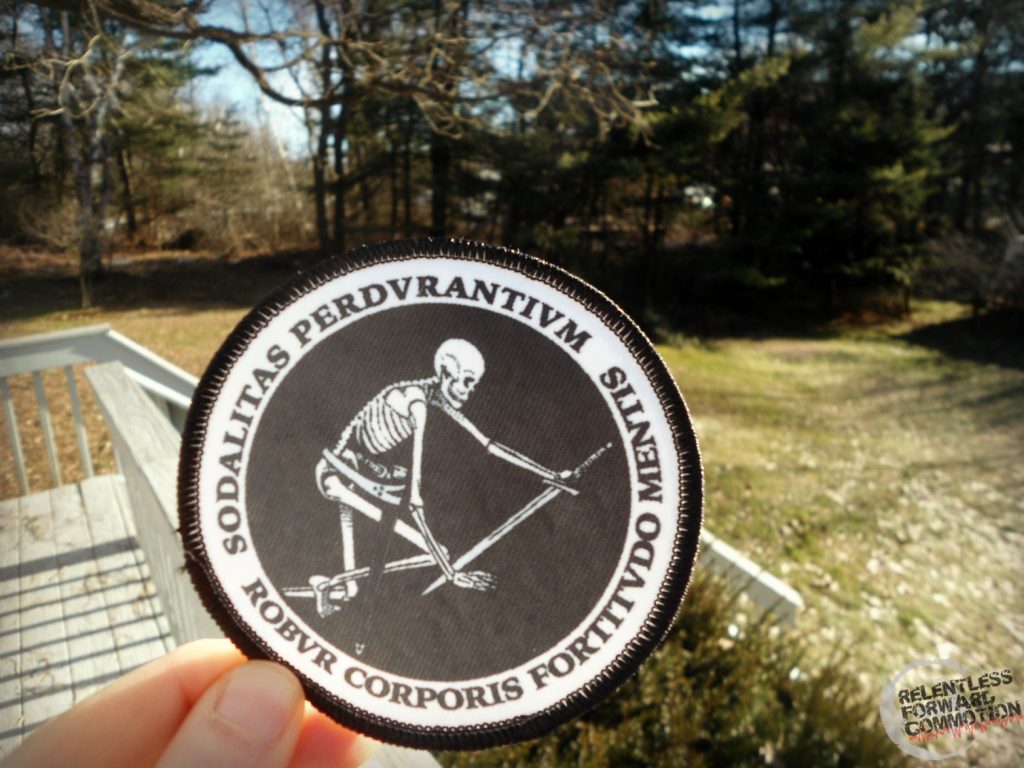 Taken this morning. Nothing says winter in Vermont like green grass.

Alas, it is December in Vermont, so absolutely anything is possible.  We could wake up tomorrow and spend the entire day digging our cars out of 6 feet of snow.  In the meantime I’ve been training by running and slaving away on the stair stepper at the gym.  I figure ungroomed trails will result in a good bit of hip flexor action, so I hope despite the lack of snow, I can be semi prepared.

I’m wait-listed for an indoor marathon the end of January.  The Arena Attack in Hartford CT.  Unfortunately I had just heard of this wildly popular event a little too late, but last I heard I was #7 on the wait list.  130 laps (if my math is right, that is just over 0.20 mile per lap) It sounds like a horribly awesome time, and while I don’t wish injury, illness, or disappointment on 7 potential marathon runners, I REALLY hope I get in.

OCR (obstacle racing, for those not in the muddy know) is out until the hernia is fixed and healed.  The risk of slamming my exposed intensities on the top of a wooden wall is too great to attempt.   Bruises and barbed wire cuts are neat battle scars, emergency room visits with a life threatening strangulated hernia doesn’t sound as fun.

I’d also like to do my first ultra.  I’ve been running my mouth (and not my legs, go figure) about doing an ultra for YEARS now.  I’m the girl who cried ultra-wolf.  The daydream is there, the training hasn’t been until most recently.   I burnt myself out on distance running early in my “career” and have only just begun to reignite that spark.     A solution to the big-talk-but-never-race issue would be to commit to a big race, hoping the investment would prevent me from backing out or not training.  Fatasses are an amazing concept, and one I fully support…but they are also really easy to skip, especially when the weather is bad.   On a similar note,  I turn 33 in about 8.5 weeks, so there is always the option of running a birthday 53.11 km  (three cheers for distance converter calculators!) but as mentioned above, winter in Vermont = uncertainty. I’m full of excuses.  But maybe if I invited a bunch of equally as crazy friends over for a birthday 53.11 K party, I’d actually run because peer pressure is an incredible (thought not necessarily recommended) motivator.   And so is birthday cake.   For games, we can all draw each other finishers medals, a la the Oatmeal’s infamous “I didn’t poop myself” 50 miler.  And of course there will be snacks such as Clif bar cupcakes and adult beverages consisting of Hammer Recoverite and booze.  On second thought, this actuall sounds pretty great, let me know if you need an e-vite. 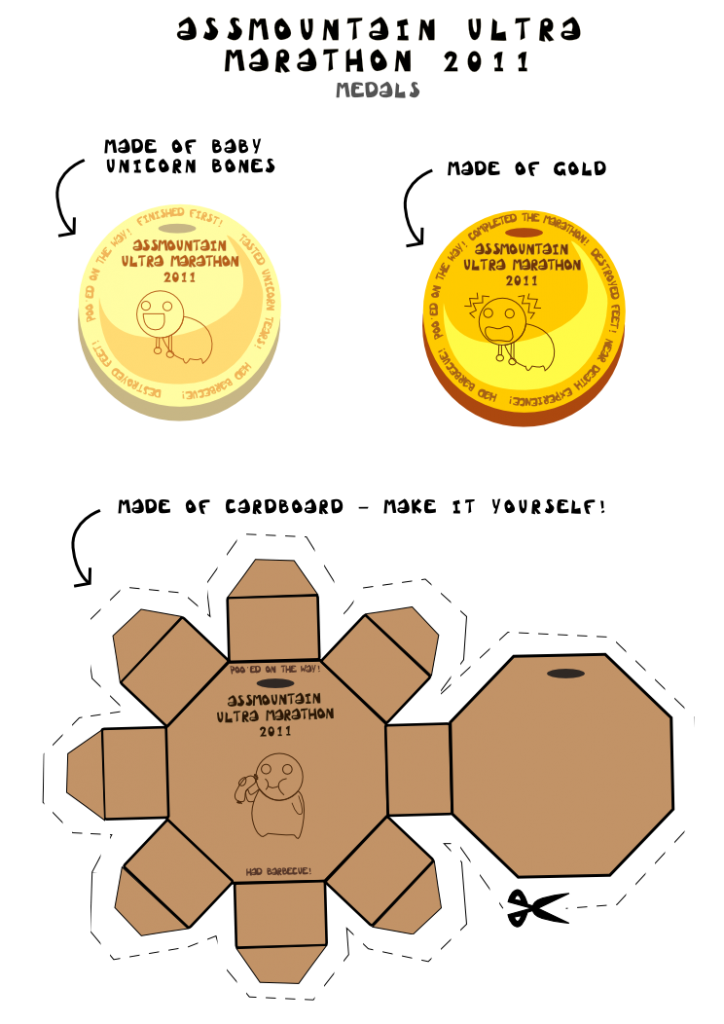 So there you have it, my incredibly un-motivational “I don’t know what I’m doing this year, but I’m going to do something and damnit it’s going to be fun” list.   I truly AM looking forward to 2015, for both the big changes ahead and the excitement of uncertainty, both in life and with my racing.