Wow three blog posts in three days. I’m on fire! It’s a quick one though. Just a note to let you know that I just ordered my first triathlon specific bike. My very first road bike purchase a year ago, I was walked through with my sister and brother in law practically holding my hand (not to mention two bike shop employees….Grand Strand Bicycles rocks!) through every little decision. This one, was done by myself. I just about had heart palpitations and needed a brown paper bag to breathe into. Holy cow I’d rather buy a car. A car doesn’t care about your acromion to mid knuckle measurements, nor will the length of your inseam determine how fast you drive. It’s a scary, intimidating decision, that is just another amazingly awesome part of the triathlon experience. But thankfully, my awesome Team Trakkers teammates were a great source of support and help, and Steven Harad at Kestrel Bicycles was instrumental in confirming that my measurements did in fact, line up with the bike and frame size I was eyeballing.

The order is in, I’m the future owner of this beautiful bad boy (girl? to be determined)
Kestrel Talon TRI . 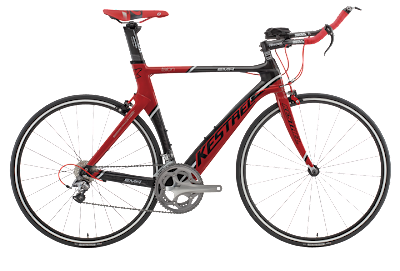 Fill in your favorite sailor talk of a four letter word here. Excitement. Disbelief. This whole Trakkers thing is still UNREAL to me. I still feel so unworthy, and still shiver in my swim cap over the thought of an Olympic distance tri swim or maintaining 20 mph on the bike for more than, you know, a minute. It still blows my mind that I have been given this amazing opportunity. Right now it seems my mind has been clouded with school and marathons, but this big step today was a huge wake up call that triathlon season is right around the corner. And as much as I’m terrified, I’m doubly as excited. I know with this team by my side (as well as my kick booty family and friends) that 140.6 is getting closer and closer to being within my reach.

Get your ass in the pool and on the saddle, Gannoe.

One more thing before I sign out for the day…as per usual, I’m about a week late on the drawing for my most recent giveaway, the BEAUTIFUL necklace from Creative Input by Liz. So without further ado, the winner is….dun dun dunnnnn #113, TMB at Racing With Babies! Woooooo! And since I can never seem to get to the post office in a timely matter, this chick really lucks out, since I’ll be meeting her in PERSON this weekend in DISNEY! Hand delivery, can’t beat that! (I swear it was totally random and not influenced by my procrastination, but regardless you should have heard my “woohoo” in excitement/ relief when I realized she was the winner and thus, I avoided the P.O. trip, haha!) Congrats mama, and thanks everyone for entering!