Saturday morning around 4:30 am, I tossed and turned in bed unable to sleep.   My throbbing head and a slight unease in my stomach reminded me of the previous nights libations.  Great, another hangover.   I know we are wrapping up the holiday season, where glasses of wine, spiked cider and eggnog are customary and flow far too easily while among family and friends.   None the less, these overindulgences are becoming the norm, and I felt miserable.  As I lay there staring at the ceiling, I contemplated how angry my body must be at me.   The educated professional side of me knows the risks, knows the potential dangers.  But I wondered on a personal level how much damage I’ve already done.   And not just this holiday season, but over the last 32 years of over indulging.   I’ve been blessed with a relatively good metabolism, and the ability to handle alcohol, and I’ve more than taken advantage of both, with minimal side effects.  But how long can this truly go on?

I think of other people I know.  Older, wiser, and close to me.  People who have been leading less than exemplary “healthy” lifestyles (far less healthy than my own) for decades longer.  And yet still, they thrive.   But how can it be?  Luck?  Steadfast genetics?  Or are they ticking time bombs just waiting to explode? I prefer not to think about it, and instead tell myself that I really need to start making better choices.   But not today.  No, today we head North to Portland, Maine, for one last New Years celebration with family. 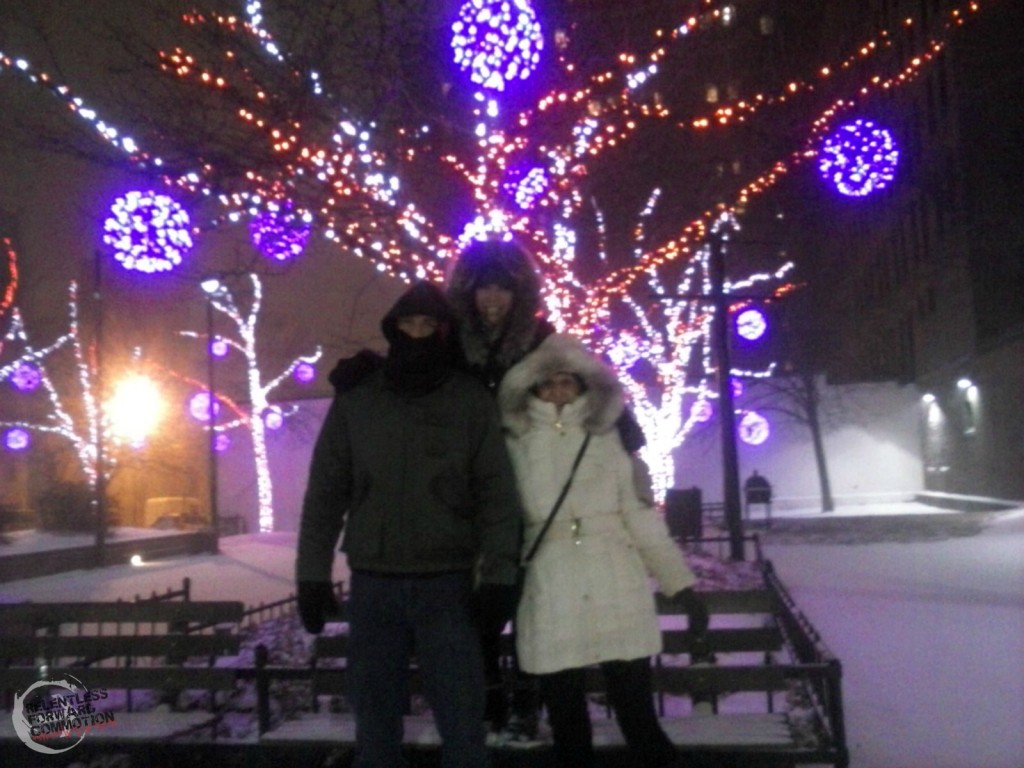 A blurry photo of some of my favorite people, during a snowstorm, in Maine.

And per usual, Portland was fantastic.  We drank a little too much, ate FAR too much, and enjoyed the company and laughter of family.  At one point in the evening, as we were leaving a happy hour venue, I took my phone out of my pocket to check it.  I’ve tried to make a point to “unplug” during times like these and focus on enjoying the moment and the company, rather than having my attention occupied by a blog comment or the latest tweet I received.  I click the screen on and immediately see two missed calls and two text messages.  While it could have been anyone, for any reason, my gut instinct immediately told me something was wrong.

And I was right.

A loved one (who will stay anonymous, because I realize not everyone shares their business on the internet daily like some of us crazy bloggers do) was currently in the emergency room and waiting to be admitted to the hospital for an undetermined extended stay.  Without going into too much detail (again, out of respect for that person), their body had finally rebelled against the years of abuse.  And it wasn’t a small rebel, such as an ulcer or a case of gout, it was a dangerous (and if it had gone unchecked, life threatening) rebellion.

I don’t like visiting hospitals, but of course I go.  The cleanliness of the patient wards are so sanitary that they almost smell retched; they reek of failing bodies and death. The lights are bright and the decorations have every intention of being cheery, but the atmosphere as a whole is always grim.  Short of the maternity ward, which I have spent a bit of time in myself, hospitals are terrifying.   They are the place you go praying for good news, refusing to fear the worst.  They are a reminder that we are mortal,  and that as cliché as the saying may be, tomorrow really never is promised.

The good news: after a 5 day stay, my loved one has gotten the clear to return home.  The bill of health has not been deemed 100% yet, and there is a lot of work to be done still, both by the doctors and in lifestyle changes.  But home is always a good sign.  I hope and pray that this has been enough of a “scare” to truly induce the necessary lifestyle changes.

Because I know it has been for me.

I’ve never been one to really think much about age.  I’ve always felt as if I’m perpetually stuck at age 18, as if I have the whole world ahead of me (and often as if I might still get busted if caught with a beer).  I’ve always felt like there was plenty of time to change, to be what I want to be, to right the ship when it goes off course.  But suddenly out of the blue, age has hit me hard.  As I approach 33, which is by no means “old”, reality is setting in. I used to complain about my “junk food” habits purely out of vanity reasons and the extra few pounds it would leave behind.  But now, the damage I’ve done to my body during my younger years is finally starting to show up. My body doesn’t heal as fast as it once did, I don’t sleep well, my teeth aren’t as white as they once were, I’ve got crows feet around my eyes, those extra five pounds aren’t as easy to drop on a whim, and hangovers hurt a lot more than they used to.   I’m not 18 any more.   But what scares me most of all is the damage that still goes unseen, and the fear of when…and how…it will present itself.

For years I’ve preached health and fitness to the world.   I truly believe in the power of exercise and taking care of ones self.  On a personal level, though I train with the best of ’em, I’m not always an expert at taking care of myself the way that I should as far as nutrition is concerned.  I recently completed a continuing education course on Advanced Sports Nutrition and was intrigued by the science behind all of it.   The last time I took a nutrition course, I was barely swimming through the sea of college and motherhood of two babies under the age of 3 with my head above the water.  While I passed the class with flying colors, I remember very little of the course.   Now, with my somewhat recent switch to a vegetarian lifestyle, I feel it’s probably more important than ever to quit talking about it, and actually focus on this aspect of my health. 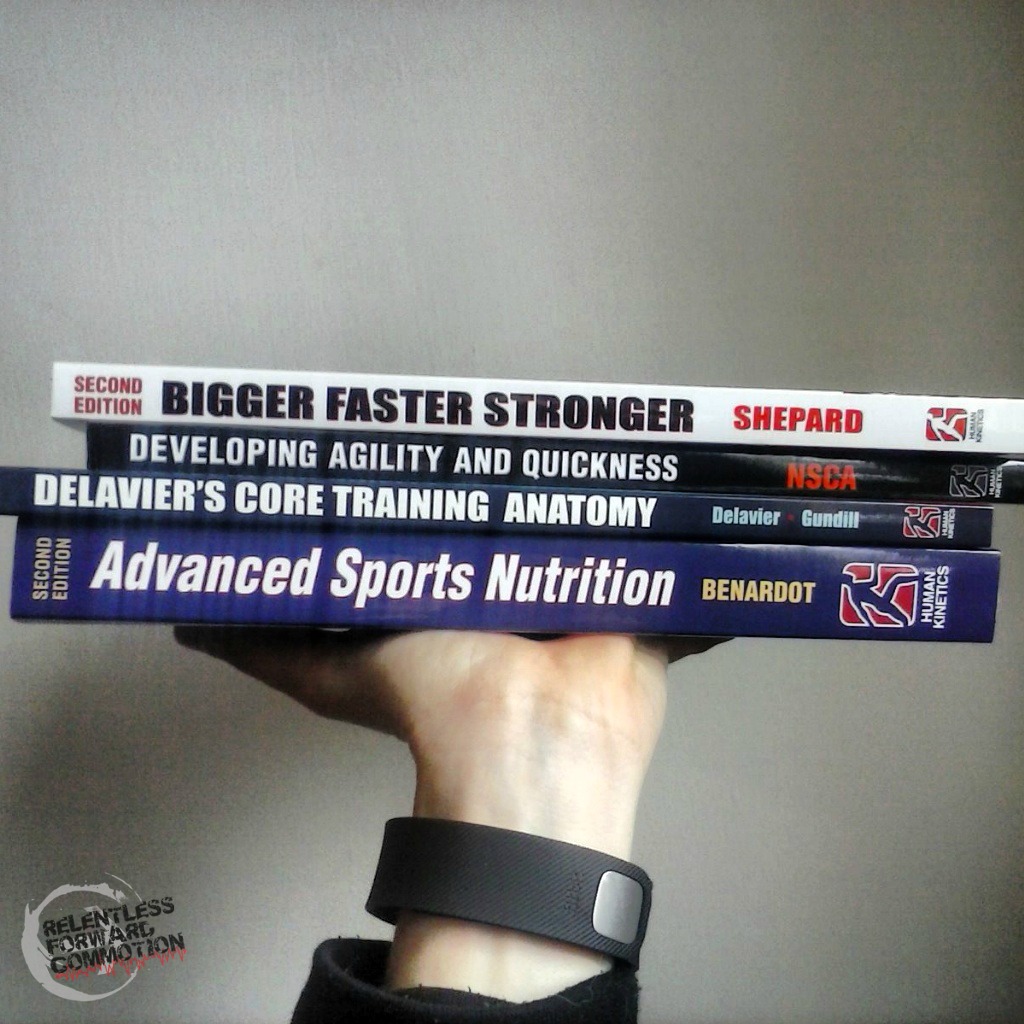 Now I know it’s not trendy in 2015 to make “resolutions” so call this whatever you want, but this recent situation with my loved one scared me.  The fact that earlier that morning something deep inside of me truly questioned my health and contemplated the health of my loved ones…well let’s just say the coincidence freaked me out.   A lot.  And so it’s time to make a change.    I’m not so naïve to say that I’ll never drink or have junk food again (after all, I can’t give up my once a month favorite running group ever), but it’s time to start truly learning the meaning of “moderation”, and not just my interpreted “well, it works for now” version.

So…here goes nothing. I’m on day #4 of no alcohol, which seems trivial until you consider the fact that I live in a house full of awesome adults that will use any occasion to share a bottle of wine.  (Bad day at work? Let’s drink!  Good news today? Let’s drink!  Ran a crap ton of miles? You deserve a beer! and so on.)  And while I don’t forsee myself becoming a “foodie” anytime soon, I am stepping WAY out of my comfort zone and am truly going to give well-thought-out cooking (i.e. not taking a frozen pizza and adding fresh veggies on top and calling it homemade) an honest shot.  Tonight: BBQ bean burritos with grilled peach salsa from Thug Kitchen: The Official Cookbook

(which is hilarious and fantastic, by the way)

Anyway, this long rambling, downer of a post is meant to be a reminder: kids, we aren’t indestructible.   One body, that’s all you have.  Please, take care of it.

Previous Post: « Hoka One One Clifton Review
Next Post: Couch to 5K: The Good, The Bad, & How to Know if this Training Plan is Right for You. »