Sometimes in order to be heard, you have to be loud.

One thing you should know about the Gannoe (and now a Shoemaker) girls is that we are fiercely loyal to each other. When one is hurt or upset, you better believe the others will be too. (Unless, of course, one sister is upset because another sister tattled to mom and dad on her, then we simply roll our eyes. But for the most part, we’ve pretty much moved on from that stage.)

My sisters and I all have our strengths, and we all have our weaknesses. One of my strengths is having my voice heard through written word. Agree, disagree, call me crazy, call me overly dramatic, but many thousands of you read my WTC rant.  I wrote it, and obnoxiously so, hoping that would happen.   You see, Holly was upset over not having a medal.  She was upset when it happened.  She was upset a few weeks later. And two days ago (5 weeks and 5 days after the race) she was still upset about it, enough to say so in a facebook status update.  And clearly I also had a thing or two to say about it. Further, I thought (and many agreed) that the way the biggest triathlon corporation in the world went about communicating with their customers about the “mistake” was wrong.   Was I more upset than Holly?  Maybe.  Maybe not.  Maybe I was just louder.

But guess what? It worked.

Holly received a personal email from the race director apologizing and assuring that the issue is being fixed.  That’s all we wanted.  I acknowledge and thank WTC for responding.   I truly hope they are making this right and looking into not making this mistake again, and not simply because my little blog post went semi-viral and they got called out, but because it is the RIGHT thing to do.

Do I personally still think the situation was much more than a mistake and instead a really lame business calculation that ends up hurting people?  Yes. I am also a sucker for sentimental value .   And for what it’s worth, I value some of my “finishers” medals much more than medals and trophies I have won for overall titles.  I reiterate: I am a sap for those “big” moments…and not all “big” moments are about winning the race. So you are damn right I was mad that Ironman second guessed my sister and many others, especially after all that I’ve seen her go through.  And that’s not me pulling the “woe is me/her” card, that’s simply the truth: she’s been dealt some shitty cards, she’s overcome them, and I admire her more than you will ever know.  I would assume (and hope) that anyone reading this would feel the same about someone close to them as well.

But at the end of the day (and lucky for all of you who think I’ve got it out for Ironman), I’ve never raced a WTC sanctioned race,  and no one is making me race one in the future, so you don’t have to listen to this tirade any longer.

I’ve been blogging for almost five years now, so I am no stranger to internet, the assumptions made by experts who know my family better than I do (clearly), and of course, the name calling, so you may now carry on with all of that.   Truth be told the internet gives people gonads. Something about the anonymity of a forum with anonymous screen names brings out the worst in people, and they don’t even realize it. I’m guilty of it too. When you read a story about someone you’ve never met, it can be easy to take the “human” with feelings out of the equation. Just like I can trash talk WTC and their business practices all day, when I bet there are some really nice people who work for them.  While I am OK with (or at least, not phased by) this reality, I didn’t mean to bring other people (Holly) into a firing squad of pointless online judgement.   Thus, I’ve removed the original post , and besides,  my point was made, and my voice was heard, and I am now content.

But let this be a lesson to you…in the words of Irving Belrin “Lord help the mister, who comes between me and my sister..’s race medal” 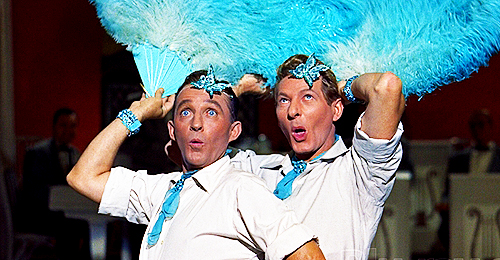 Once, I gave up drinking alcohol for forty days. Then I wrote about it, because that's what I do. 60 more days passed, and I found myself 100 days sober. Something I had not once done before in my adult life. I liked how I felt, so another 100 days of no drinking passed. It wasn't easy, of … END_OF_DOCUMENT_TOKEN_TO_BE_REPLACED

About a decade ago, I was a happy road runner, traversing the paved streets of major cities while collecting new half and full marathon finishers medals. I remember thinking that a race had outdone themselves when I'd show up to an aid station, and in addition to water and Gatorade, they had … END_OF_DOCUMENT_TOKEN_TO_BE_REPLACED

When you were little, chances are your mom was always hounding you to "go outside and play". Little did you know, she was doing more than just trying to get you out of her hair - she was helping you stay healthy. As adults, we seek alternate ways to enjoy the outdoors that differ from the … END_OF_DOCUMENT_TOKEN_TO_BE_REPLACED