Soooo.  Remember how I signed up for that 50K on a whim,  but assured everyone (including myself) that there was no pressure to finish, since it was free, in 3 mile loops, and I didn’t train for it?  Well I suppose it was fortunate I gave myself so much leeway, because mother nature decided that Geoff and I weren’t going to be running.   Sort of.

Friday night we had a long standing concert date in Worcester, MA with the Devin Townsend Project, a combination of heavy metal, amazing vocals (I know, isn’t that an oxymoron?) a circus side show (<-youtube link to one of my favorite songs…and some crazy circus stuff), and Geoff’s favorite artist.   The show: amazing.  The venue: absolutely freezing cold despite being full of rowdy concert goers and a full mosh pit, and rightfully so, as it was freezing rain outside.   And apparently they don’t heat the building.   When we got out of the concert around midnight, we deemed the safety of the slippery roads far too questionable to drive the 2 hours home, so we stayed the night in Worchester with Geoff’s sister & brother.

The next morning, weather still crap, we visited the local mall  (a spectacle for us no-mall-Vermonters) where I resisted the urge to scream “SANTA! I KNOW HIM!” as we passed the standard mall-Santa, and subsequently, I did not run a 50K.   I felt guilty of course, as I was looking forward to seeing old friends and meeting/supporting new ones.   But running a 50K I didn’t train for in freezing rain? Nope.  Simply not worth the risk.

In the past year I’ve written a few posts on NOT racing.  One brought to you by my then 7 year old son, one from my own observations.  It seems with age has come (a little bit of) wisdom, and gone are the feelings of having to be a badass/hardcore/superstar race.  When I run and race, it’s 100% for me.   So when I don’t race, it’s also 100% for me.    And this case was no exception, running didn’t seem like a smart move.   That said, I had my heart set on actually running a 50K.  I felt that burning in my soul for wanting to run really far, and hurt in the way that only long distance racing can.   I haven’t done that in a long time.

So I’ll continue hitting the treadmill, the gym, and the roads and trail when mother nature cooperates, and I’ll start seriously contemplating adding anything to my empty-save-for-one-event 2015 race calendar.   One thing I love about working out in the gym is the ability to pretend it’s still summer.  An hour give or take of sweating my butt off, and not worrying about shivering or frost bite, is like a mini winter vacation for me every single day.  And of course, there is the ability to wear my favorite workout gear all year long. 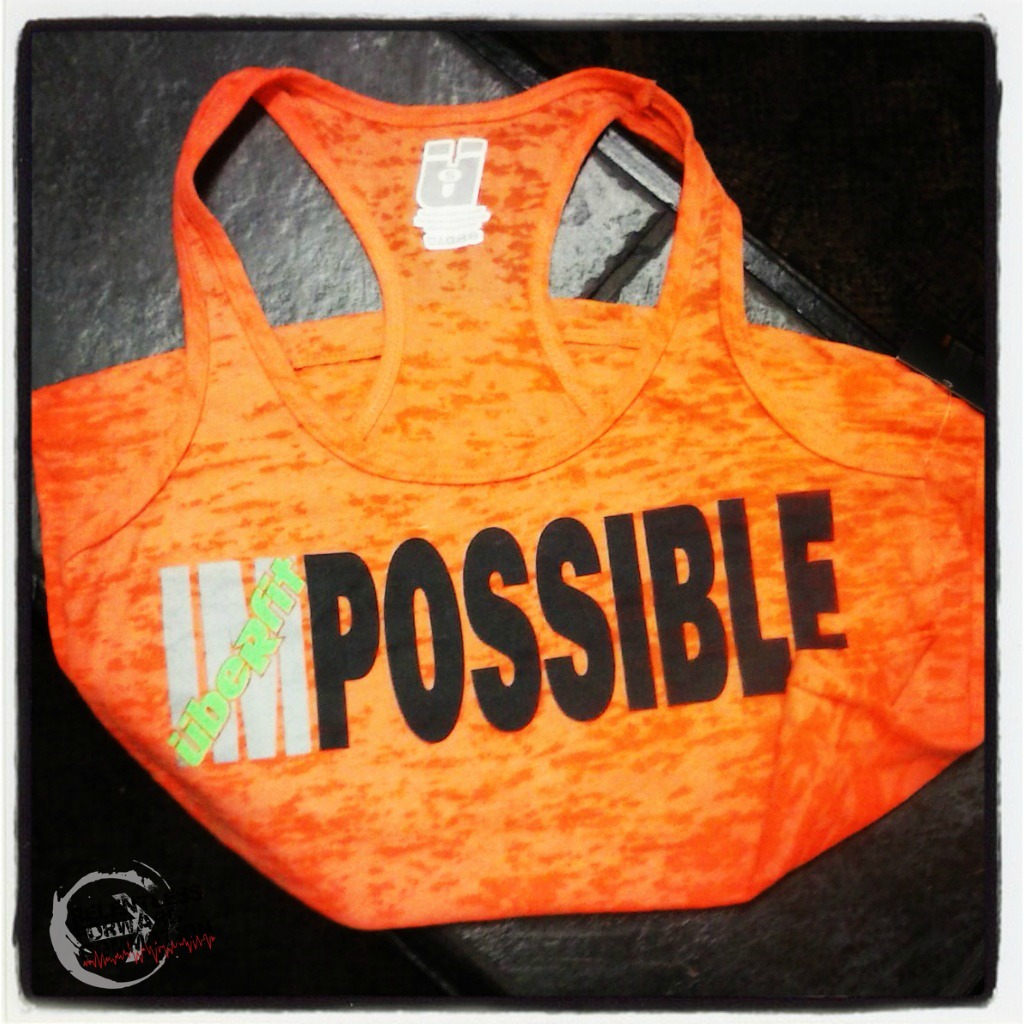 Last week, a new-ish company called überfit sent me a great new tank top to test out.   überfit creates performance CrossFit and fitness apparel for men, women and kids.  According to überfit:

überfit was designed as an expression apparel. überfit is for those who dig deep day in and day out to better themselves through fitness and health. We want you to look good and feel good when wearing our apparel. über is a german word coming from over and beyond. Let’s take our fitness over and beyond. Push past your limits and strive toward future goals.

über by definition:
1) being a superlative example of its kind or class
2) to an extreme or excessive degree.

Extreme or obsessive? I wouldn’t know anyone like that around here (said with a completely un-straight faced).

Let’s be honest, there isn’t much to say in a tank top review when the tank top is super comfortable.   It fit, it flattered, it stayed put, and it let me comfortably sweat in it…just as a good tank top should.  The racer-back style allowed for full range of motion and mobility both on the treadmill and in the weight room.   What I like best about this tank, however, was the bright color (the photos don’t do it justice!) and the positive message. 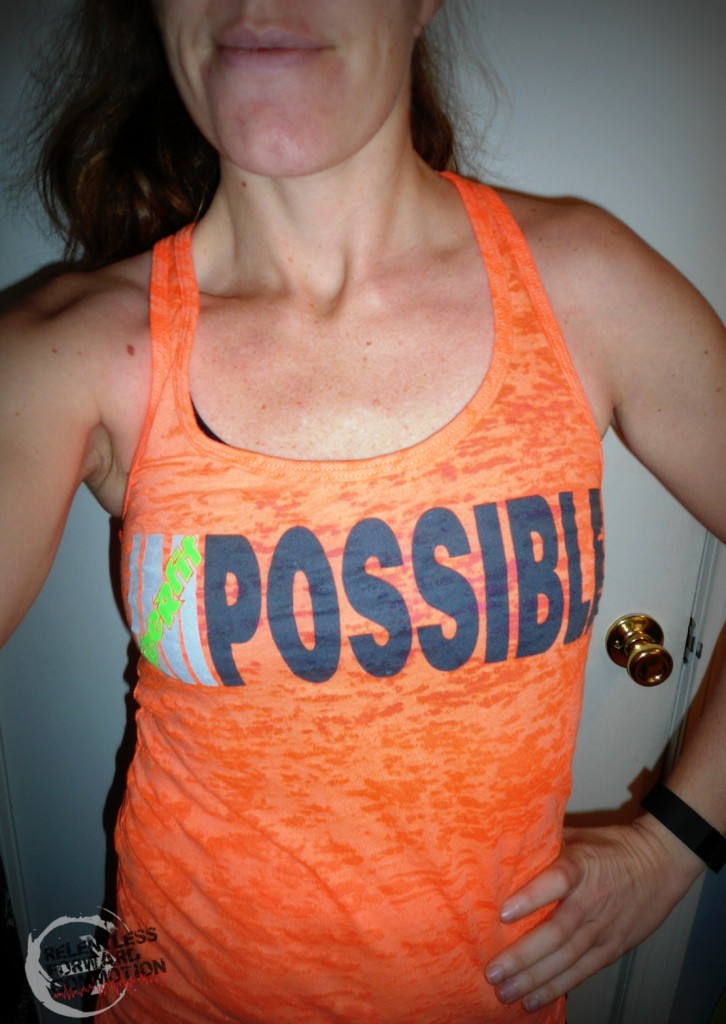 I work and train in a gym that caters to ALL types of members.  And while I appreciate the “Beast Mode” and “if you didn’t puke you aren’t training hard enough” mentality, I personally prefer to spread a message of positivity.  With shirts bearing messages such as “I’M POSSIBLE”, “Believe in Yourself” and “Don’t Quit”, überfit is both positive and motivating.    Then of course, there is the hilarious “Coffee is Cardio” tank.

If you are interested in adding some überfit  apparel to your closet, you can use the discount code RFC20 for 20% off entire purchase valid 12/4-12/31/14

überfit was kind enough to offer one of my lucky readers a tank top of their own in their size of choice.    So you know how the drill works, enter the rafflecopter below.   The only mandatory entry is that you leave a comment saying either a) what your favorite item is on the überfit website, or b) suggest a POSITIVE saying for a new tank top.   The bonus entries are listed on the rafflecopter. Contest will end Tuesday Dec 16th, at which point I’ll notify the winner by email .  Good luck!


überfit provided me with a tank top free of charge, however, all opinions posted are my own.