It has been recently brought to my attention that there is a technical term for blogging daily about the random things you did throughout the day, such as what you ate for second breakfast or how long the line was at Starbucks: it’s called “life casting”.   Who knew?  (Answer: probably most of you.  And yes, I’m completely guilty of these types of posts. )   Though I’ve never quite understood the appeal of daily life casting from a readers point of view (To each their own, but I also gave up reality TV, for whatever that’s worth), I can often understand it from a writers point of view.   Maybe.  After four full days away from my desk, my mind is swirling with a list of “to-do” items: product reviews, freelance gigs, “how to” posts, race recaps.  I don’t even know where to start, so I just want to mindlessly post pictures of my weekend.

However, in a refusal to contribute to the mindlessness of the world wide web, I will now supplement this very “life cast” post with educational fun facts*.   It’s like burpees for your brain cells, kids.  You’ll learn and you’ll LIKE IT!  And you’ll thank me if any of these random facts ever come up during pub trivia or Jeopardy.


This weekend, the adopted family (as in, the one I have firmly wedged myself into, whether they like it or not) and I headed up to Sebago Lake area of Maine for the 11th annual Maine Lakes Brew Fest.    Sebago is 28,771 acres in size (45.6 square miles), and home to 28 species of fish.  It is the second largest lake in Maine, third largest in New England.

I was absolutely delighted with the fact that the weather was near perfect, in my opinion: sunny and HOT.  The average temperature for this particular weekend in the Portland, Maine area typically varies from 49°F to 63°F and is rarely below 39°F or above 72°F, so the fact that it was well into the 80’s was fantastic.   One more summer weekend to enjoy before the inevitable Vermont winter ahead;  needless to say I welcomed the surge of vitamin D production.

Now, I’m merely a recreational beer connoisseur, but since moving back to New England and discovering the plethora (an understatement) of local micro brews, I really enjoy an opportunity to taste new (to me) beer.  Further, while I don’t foresee myself ever partaking in the adventure, I appreciate the art of brewing.    People up here are really enthusiastic about their beer; they will talk to you at great length about the ingredients and steps that go into the process of each beer they produce.   Fact: the study of beer and beer-making is called zythology, derived from the Greek words “zythos” (beer) and “logos” (study).

For $20 (pre registration cost) we were given entrance to the festival, a pint glass, and ten “sample” tickets.  I use the word “sample” loosely, as the vendors idea of a “sample” ranged anywhere from a few ounces (rarely) to a generous half a pint glass pour (more often than not).  Needless to say, between the five of us, this gave us a chance to taste nearly every type of beer we had hoped to try…and then some.

Fact: Cenosillicaphobia is the fear of an empty beer glass. 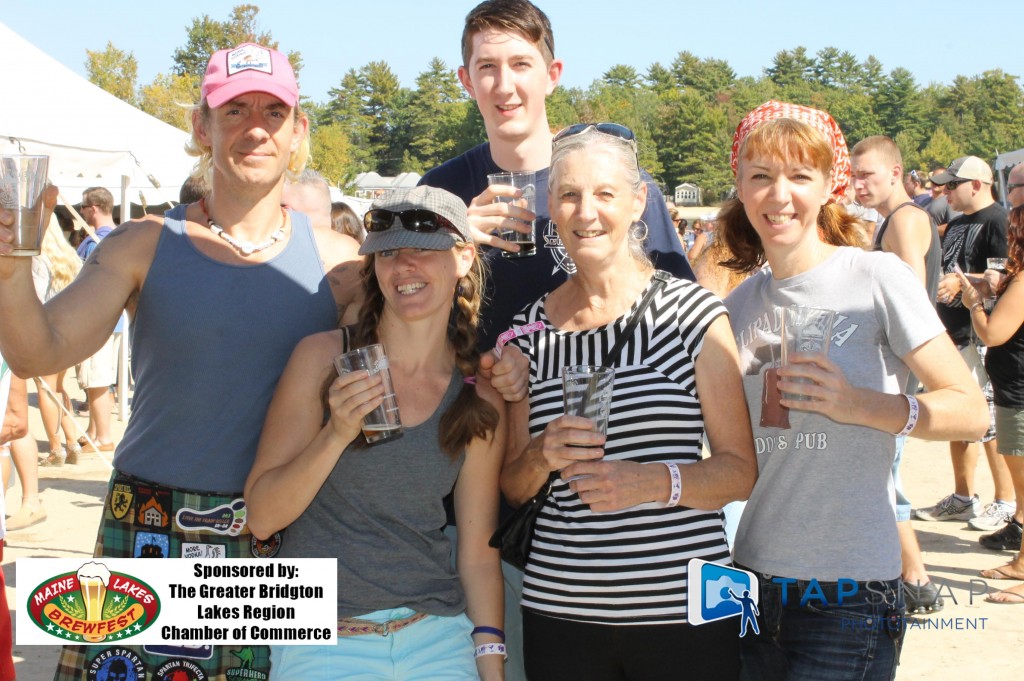 When it comes to kilts, there are more than 4000 tartans, or a plaid textile design patterned to designate a distinctive clan. This one, proudly worn by Geoff, represents the Hash House Harriers (of course.)

My least favorite part of the festival: the only food options for vegetarians were pizza (and they were sold out) or french fries.   Apparently beer drinking and meat consumption go hand in hand.

In addition to the tasty brews, we enjoyed a lot of laughs, followed by exactly what you would expect a bunch of obstacle racers/grown up kids to do after a few drinks: a run through the playground.

The idea of the playground as a method for imbuing children with a sense of fair play and good manners originated in Germany where playgrounds were erected in connection to schools, although the first purpose built public-access playground was opened in a park in Manchester, England, in 1859.

That night I consumed some amazing vegetarian bibimbap.  Some scholars assert that bibimbap, a Korean dish, originates from the traditional practice of mixing all the food offerings made at an ancestral rite (jesa) in a bowl before partaking in it.  The next morning for brunch I ate a delightful falafel wrap.  Falafel is the second most common dish made from chickpeas; hummus being the first.   I took pictures of neither dish, because most days I have zero patience to wait for my phone to load the camera app when there is a plate of delicious food in front of me.

And then we played some more.  A delightful 3.5 mile walk around Portland’s Back Cove trail.   On Sundays between 9 am and 4 pm during the months of May through October,  the city of Portland closes Baxter Street, a wide, paved road that follows the Back Cove trail, in order to open it up to pedestrian recreational use.   According to the above article: “Sundays on the Boulevard is among a growing number of programs nationwide in which city streets are closed to traffic temporarily so people can use them for walking, bicycling, dancing, playing and socializing.”   Though I did not Prancercise on the pavement, I enjoyed seeing the large number of cyclists, runners, and roller-bladers out enjoying the sunshine.

During the daytime, a shadow cast by an opaque object illuminated by sunlight has a bluish tinge. This happens because of Rayleigh scattering, the same property that causes the sky to appear blue. The opaque object is able to block the light of the sun, but not the ambient light of the sky which is blue as the atmosphere molecules scatter blue light more effectively. As a result, the shadow appears bluish.

Get outside and MOVE.  Please.

Anyway, the leaves were starting to change color, as they notoriously do every fall here in New England.  Unlike the bright colors of flowers, which attract pollinators, or the bright “Warning Colors” of many kinds of animals, the bright colors of fall foliage are a byproduct of chemical changes as the trees start to go dormant. These colors have no apparent biological function or significance.  The change in day length (photoperiod) that causes the chemical changes in the trees leading to the bright colors starts June 21, the longest day of the year, as the sun starts to move south and the days become shorter.

I only wish I had brought a better camera (other than my phone) to truly capture the beauty.

According to a survey in 2002, Tuesday (named after Tiw, the Norse god of single combat, victory and glory) is the most productive day of the week in the workplace.

*Sources: the internet.  Which means fun facts may or may not be entirely correct.