I feel that the direction of this blog has changed over the years; I’ve strayed away from the days of aimlessly rambling on about everything and nothing at all at once, and instead tend to post more “how to” type articles, product reviews, and training & racing recaps.

However, today marks day #6 of sitting around on the couch in my bathrobe. (Just kidding, today I got dressed.)   The cats have nothing worthwhile to contribute to our conversations and I can’t seem to get past level 394 on Candy Crush.  Yes, there, I’ve admitted it: I’ve been playing Candy Crush long enough to reach level 394.  Judge me if you will,  but I find it to be far greater mental exercise than say, daytime TV, or whatever else you are supposed to be doing while cooped up at home for days on end.  I woke up this morning feeling LIGHTYEARS better with swelling starting to recede (hernia surgery update post coming on Friday), however I’m using the logical part of my brain that insists feeling better should not be ruined by immediately jumping up and doing, well, much at all.   Just a few more days of rest…

So in the meantime I write, and I write about me.   And more specifically today, I write about things…and stuff…I’m loving right now.  In absolutely no particular order.

1) This thing from Rundana.  I suppose it’s called a “Rundana”.

It’s not a dirty mirror. It’s vintage and distressed. I swear, blog world.

Last week my mom brought me a small box that had been forwarded to her house from our old address.  It was a “birthday” box from Stridebox.  I have no idea how long it was in postal transition due to the forwarding, but regardless, HAPPY (belated) BIRTHDAY, STRIDEBOX!   Among all of the goodies, others of which I will get into at a later date, was this “Buff” esque tube.  But unlike a Buff, this one is slightly thinner and fits my head better (which kind of makes zero sense, since my head is huge.)   I love it, and it’s ability to keep my awful couch-hair in its place.

2) This ice pack.  And its best friend, generic ibuprofen.  And their partner, pillow.  Not so much the trouble maker of a cat, she’s been a huge pain in the…stomach, trying to jump and run all over me.  Of course, she never wants to “cuddle” when I’m perfectly healthy.   Regardless,  I could not have survived this week without the aforementioend three.  For the first few days post surgery, I held the pillow against my abdomen every time I stood up or walked around.  I still sleep with it across my stomach.

3) INKnBURN.  I’ve been a fan of INKnBURN for YEARS.   I’ve rocked my original Run or Die shorts from the moment I got them back in 2011 until the moment I lost them, sometime last month (I’m still heart broken).  Recently, INKnBURN decided to clear their classic design inventory by offering up a steal of a “Mystery Grab-bag” and one found its way to my mailbox.    I was stoked to find two classic prints, “Silly Boys (running is for girls)” and “Hollywood Dragon”.  I also scored two pairs of INKnBURN denim, which as you guessed, isn’t actually denim, it just looks like it.  Sneaky.

4) Geoffrey Hart, who has slept on the floor in the living room next to the couch (where I’ve been sleeping)  for the entire last week, just so I could randomly wake him up at 2 am to help me readjust my pillows or get off said couch to use the bathroom.  I’m cranky and miserable from lack of physical activity and winter-in-Vermont-cabin-fever in general, but he still takes mighty good care of me none the less. He’s absolutely ridiculous, and my best friend in the whole entire world. I don’t tell him enough how much I love him. 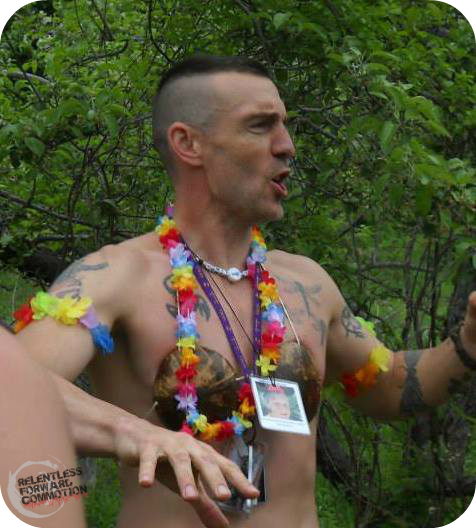 5)  Clif Bar.   If ever I were to be forced to choose a favorite “bar” from any company I the whole wide world, I wouldn’t be able to do it.  I am a sucker for bars, protein bars, endurance bars, snack bars, you name it.  I am the antithesis of every dietician that says these things should be reserved for special occasions only, as they are high in calories and sugar and whatever else.  If I had my way, I would eat bars for every single meal.  Now, that said, even though I could never pick a favorite, I will say that Clif Bar has NEVER let me down. Ever.  And their newest addition, Berry Pomegranate Chia, is no exception. YUM.

6) The Sunshine.   I’ve been clinging to the window like a chameleon.  Mother nature seems to have it out for New England this month, but I take reprieve in the occasional blue sky and dose of Vitamin D.   This picture was taken with my less than stellar cell phone, and the color was completely untouched.  The sky was so blue that for a moment, I could almost FEEL summer.   Almost.

There you have it.  Because what is the internet even good for if not sharing random things…and stuff?  What’s been on your hit list this week?