The second time I met Geoff we went kayaking on the Connecticut River.   Despite what he may tell you, it was not a date.  My intentions that afternoon were to enjoy a beautiful Vermont summer day with a new friend; in other words, my feelings were purely platonic.  It wasn’t until a good hour or so into the adventure when Geoff lodged himself to the point of being stuck under a fallen tree that my heart first skipped a beat…just before I started laughing so hard my sides hurt (and both prior to me taking a photo, and lastly, rescuing him from his predicament with the log).

At the end of the kayaking adventure, the sun had gone down and I found myself shivering.  Geoff gave me his blue long sleeve t-shirt to keep me warm.    Despite it being about three sizes too big for me, I hung on to it in typical “I have a crush on you” fashion for a few months, until I moved in with him and the whole “mine/yours/ours” lines became blurred so it didn’t matter anyway.  But as silly as it sounds, that shirt was special to me.  And for the last 20 months, every time I would fold that same shirt while doing laundry, I’d smile as I would remember that day Geoff got stuck under a fallen tree in a kayak and I unknowingly fell for him.

Fast forward to Saturday night.  We spent the evening playing card games at a friends house.  As we were getting ready to leave, I asked Geoff if he had any extra warm layers to share. I tend to forget that I live in Vermont, and even worse, that it is winter, so under-dressing for the weather is unfortunately what I do best.  He told me he had two long sleeve shirts in his back pack, and I was welcome to have one.  So I reach into the bag, and pull out that same blue shirt.    Awwwww.   My heart smiled as I handed him the shirt.   Still smiling on the inside, I reached into the backpack again and pulled out …that same blue shirt. 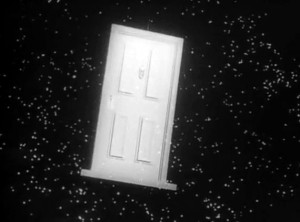 In our modern society we throw around the term “mind blown” all of the time, over things like a new ice cream flavor, or the outcome of the latest episode of the TV show everyone is infatuated with.  But there are few moments in our lives when in an instant, everything you thought you knew about a situation or person is suddenly completely opposite of what you’ve always believed.  It is confusing. It is overwhelming.  It is kind of awesome.

That’s how I felt about the shirt scenario.  Granted, I had indulged in a few adult beverages that evening, so when I started babbling about how shocked I was that THERE WERE TWO SHIRTS ALL ALONG, all of my friends just stood there and laughed.   I can’t say that I blame them.   But how both shirts made it through rotation for well over a year without me ever noticing is absolutely beyond me, and I was baffled.   All of a sudden it occurred to me that all of those times I held that shirt and smiled as I reminisced about the kayaking adventure, I might have been holding the imposter.   The one that wasn’t even a part of that specific memory to begin with. It was a strange, eerie moment.  (Yes, all over a shirt.  I realize this is probably sounding ridiculous…I promise this is going somewhere. Sort of…).

But then I got over it.   Because after all…it was just a shirt.

This morning, a Facebook friend posted the following quote:

It is funny how humans put such sentimental value into inanimate objects.  It’s the reason I can’t part with the onesie my oldest was wearing when I first brought him home from the hospital.  Or the reason that despite the fact that my very first race medal is mundane and actually covered in a layer of rust (or something gross), it will still always be my favorite among the rack of much shinier, flashy medals.    What is obviously really important isn’t the objects themselves, but more so the memories they invoke.

But there is a fine line between placing sentimental value on things, and defining yourself by the things you own.

What happens when we fall in love with “things”?  When we become infatuated with having the latest iPhone or brand name purses, obsessed with having the biggest TV or a new outfit for Saturday night that no one has seen you wear before?  What happens when it’s all about the medal, and not the journey it took to cross the finish line (hello pot, meet kettle. I am guilty of this).  What happens to us when we care far too much about what car we are seen driving or how our house appears to complete strangers, rather than caring about what adventures that car has taken us on, or the memories made between the walls of our home?

This isn’t some sort of ground breaking blog post that should be published and placed in the self-help section of your local Barnes & Noble. In fact, I don’t even really think there is a moral to this story, or even a concrete ending.   Just another edition of Heather rambling about the things spinning around in her head.

But that Twilight Zone moment on Saturday night made me realize something:  I don’t own any valuable jewelry.   My car has Goldfish cracker crumbs permanently ground into the back seat cushions. If you invited me out to a fine-dining establishment this weekend, I would have to try and find some way to make yoga pants look formal.     But what I do have are some pretty fantastic memories of the adventure that has been my life so far, thus making me wealthy in a far more satisfying way.    The physical “things” that matter most to me aren’t the ones that carry hefty price tags or high end labels.  They are the crumpled up piece of paper with the squiggles of a once 2 year old,  the photo of my sisters and I on my living room couch after our first race together,  or a ratty old t shirt from the day I met my best friend.  They are the things that ignite the memories.     And those memories are worth far more than any physical “thing” on earth.

Words to live by.