I’m starting to enter that phase in my life where I’m beginning to sound like a know-it-all, crotchety old runner.  You know, the “get off my lawn, you whippersnappers” type.    Daily, I find myself staring at the computer screen, or find myself in the middle of a conversation with another runner, screaming in my head “WHY ARE YOU DOING THAT?” But I quickly bite my tongue and remind myself that not too long ago, I was the overzealous, unbreakable new runner myself.

I belong to a bunch of running groups on Facebook (because the only thing runners love as much as running is TALKING about running).  One in particular has over 60,000 members, and focuses on trail and ultra running.  If you just pop in once a day and scroll through recent posts, you’ll see a common theme:  it seems everyone wants to go from couch to 5K to marathon to 100 miler in the span of their first year or two of running.   People don’t seem to understand why they can’t suddenly bump their training volume up by 50% in a week and not get injured.   It drives the fitness professional in me absolutely crazy.

But then again, I was the girl who naively declared I WOULD qualify for the Boston marathon on my second ever marathon attempt, and also claimed that I would run 100 miles on my first untrained attempt.  Spoiler alert: I accomplished neither.  So who the hell am I to judge.

Before the Hallucination 24 hour race this past February, I found myself getting wildly defensive and even angry towards some of my amazing friends who seemingly out of the blue decided that they too would hop into an ultra, untrained, and finish whatever distance they deemed worthy.  It’s never a fun feeling when you find yourself feeling annoyed with people you otherwise love, and I struggled to try to get to the root of my annoyance.

Or was it because for me, this ultra journey has become something so much BIGGER than just a finish line, and I felt as though maybe they were going to not appreciate the process?

It turns out it wasn’t reason “A” or “B”.  In fact, one of my friends, incredibly fit but wildly undertrained for a 100, DID finish on his first attempt.  And I was THRILLED for him, I genuinely was.  A handful of others earned their “ultra” status as well, and I was happy to have them join the ranks.

The latter two reasons, however, did indeed get me riled up. I’ve made, and seen, so many training (or lack thereof) mistakes over the last decade, and I hate to see those I care about make the same ones.

But perhaps I became unnecessarily upset about my friends not enjoying the process of climbing the ultra ranks in the way I thought they should.  After all, not everyone’s journey has to be the same or for the same reason. I think it’s wildly important for those of us in the running community to recognize that.

Personally, I’ve come to truly enjoy the ultra journey.  Sure, there was a moment in time where I thought “100 miler? Yeah, I’ll add that to my race resume, why not.”  Turns out that great idea wasn’t nearly as casual and easy to actually execute as it was to dream up.  But over the last year,  I’ve really, truly, come to love the process of training for the 100.  While an official finish is important to me, it’s not longer the most important thing.

The discipline I’ve developed.  The countless hours I’ve spent on the trails with my thoughts.  The lessons I’ve learned in each training run, each race, and each ultra finish or attempt.   The friendships. The experiences.   I know it sounds wildly cliché, cheesy even, but this experience has made me a better person.

Even though I admittedly did try to “wing it” early on, I am eternally grateful that my body and lack of experience didn’t let it happen.  This journey has been worth more than any finish line alone, and it’s only just beginning.

Everyone has their own reasons.  But for me?  There’s no need to rush. 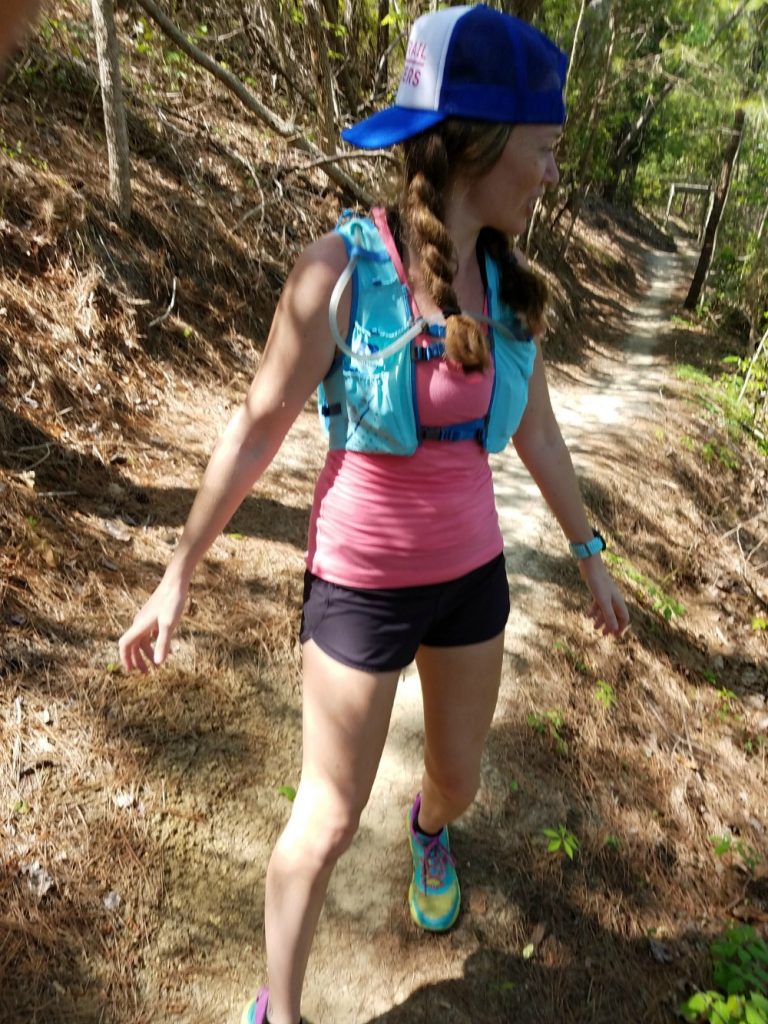 Gladly lost in the woods…again.