The other night, a friend was telling me about a mutual acquaintance who ended up either not attempting or not finishing (I don’t know the details) a recent 100 mile race, because said acquaintance wanted the finish to be “on their own terms”.

I’d like to preface this with the fact that I know nothing of this persons training, the race circumstance, life circumstances…none of it.  This post is not about that person.  As mentioned a dozen times before, not everyone’s journey has to be the same.  I wish that person well on their journey, just as I do every runner I come across.

But the statement got me thinking: does anyone really get to have their own terms in a 100 mile foot race?  Or are we all subject to the ever changing terms of the fickle, ornery beast that is the 100 miler?

Last week I was running with one of the team members that I coach, and she was asking me if I thought it was possible for her to run a specific time for a half marathon.  The goal is a bit of a stretch, especially considering she was just getting back into running, and she knew that.   I told her I did think it was possible, if all of the running stars aligned on race day.   We continued discussing how some races just go incredibly smoothly and exactly as,  if not better than, planned.  Yet other races, no matter how hard and diligently you trained for them, can seemingly go wrong at every turn.  You could wake up sick, you could wake up to a thunderstorm, you could get lost, you could suddenly find your stomach revolting over a GU even though you used it without any issues on every single training run, the corral placement could be messed up and you find yourself stuck in a huge crowd, a train could stop on the course…you honestly never know.

Now, multiply all of the race day unknowns and uncontrollable variables by ONE HUNDRED MILES.

24-30 hours (likely far more for most of us) of time in a race significantly increases the likeliness for shit to go wrong.   Even the most carefully laid plans can go awry when the sky decides to open up and pour down rain, or an aid station didn’t have what they promised, or a blister forms in a pair of shoes that has NEVER caused  blister before.  Or, like I experienced the other day, you could get some random tickle in your throat completely out of the blue that causes you to cough for an entire 1.5 miles, to the point that you have tears streaming down your face and you pee yourself a little from coughing so hard…all while still trying to run.

You get the idea. 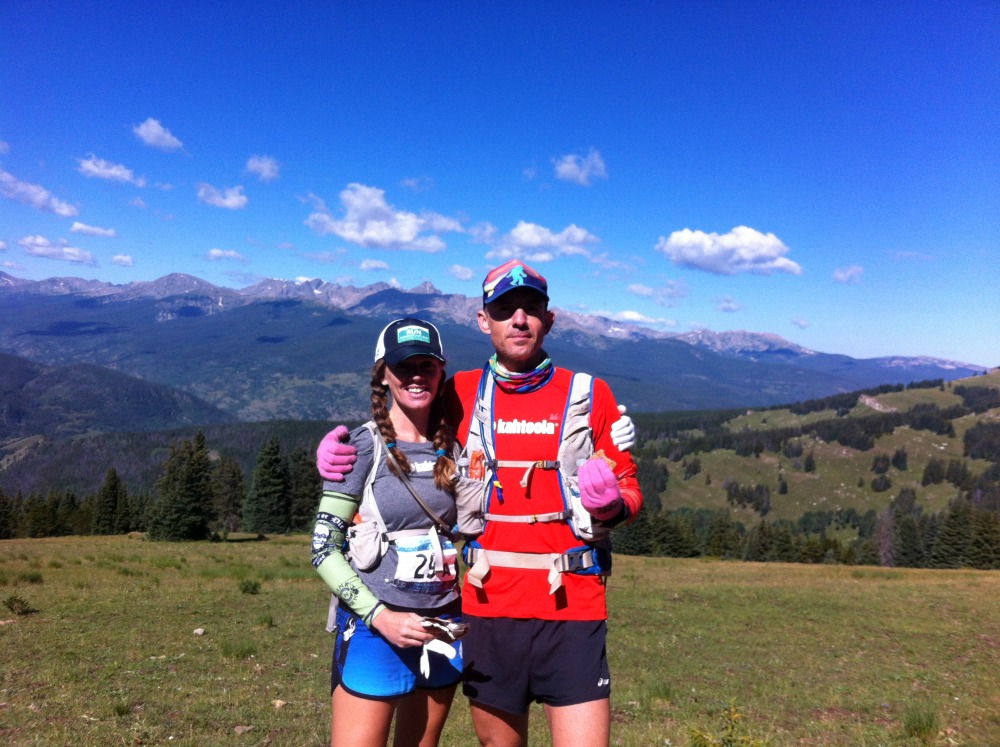 Minutes before this picture was taken, I was laying on the side of the trail at an aid station, trying to recover from a climb and altitude that kicked me in the ass, despite the fact that I had been running and climbing at altitude for 3 days prior. Some days you have it…some days you don’t.

The other day I was not 2 miles into a run when I started singing a silly song about how tired my legs were.  I always imagined that by the time I hit peak week of this training program, I’d feel like an ultra badass.  I’ve put in the miles, I’ve followed my training plan almost impeccably…and I’m freaking exhausted.  Every step feels forced, though every step is reluctantly run.  So in order to distract myself from the exhaustion on this particular day, I start singing.   My friend Emily pays me a wonderful compliment, saying that one of the reasons she loves running with me is because I don’t whine and complain when things aren’t going my way.

I laugh a little, remembering not that long ago when I was totally the one who would bitch and complain my way through a bad run.  An integral part of 100 mile training, however, has been learning to deal with the shitty moments.  Because without fail, over the course of 100 miles, there will be a few.

Actually, there will likely be many.

The roller coaster of emotions that occurs over a distance of this magnitude is never ending. I’ve learned that the toughest battle, other than the obvious physical aspect of running 100, is learning how to ride through those emotional lows…and remembering that another high (or at least something better than a low) will come if you gut it out.

You have to keep pushing forward. 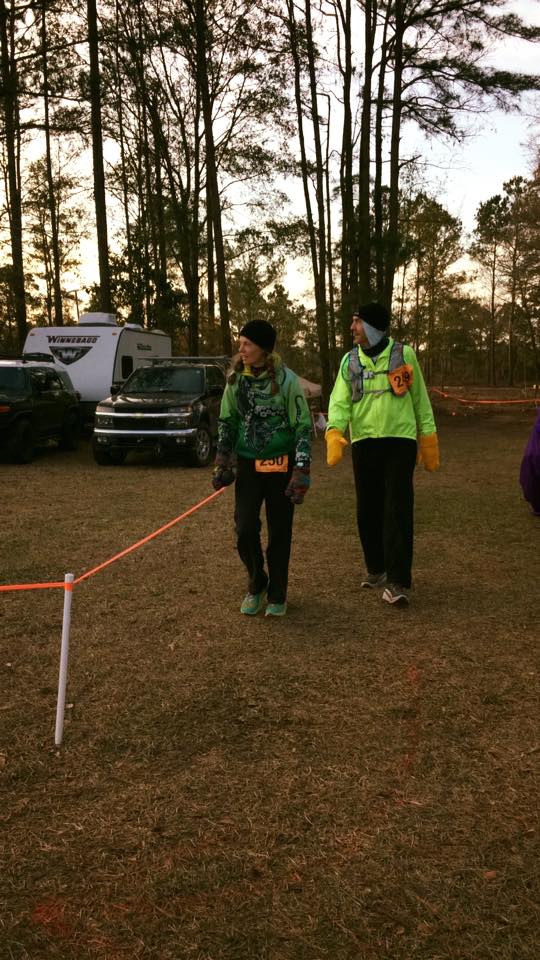 I fell apart. The sky was spinning. I was crying uncontrollably. Hours later, I was moving forward still.

I guess my point of this rambling blog post is to share that one of the key mental and emotional aspects of my training for this race has been the huge realization that chances are very high that things will NOT go my way.  Possibly, not even close to my way.

100 miles doesn’t care about my terms, and perhaps that is part of it’s appeal.

I will have to persevere, push through all of the physical discomfort, emotional lows, tears, and moments of “why the hell did I think this was a good idea?” contemplation.  All of which will make the accomplish of reaching the finish line that much more meaningful…at least for me.