0 shares
Rumor on the streets is that we no longer have to worry about the end of the world as predicted by the Mayans, and instead have only 21 days left to fret over the “great fiscal cliff of 2012”.  To be quite honest with you, I’m not sure I even fully understand the ramifications of the country falling off said “cliff”, as lately my only means of updating myself on current events is from the morning news on the gym television while I run my early morning miles.   Needless to say, 5:30 am tired eyes + closed captions + RUNNING + something obnoxious like Eminem or David Guetta in my ears = I retain practically no information whatsoever.  Except that some town in Massachusetts is banning Styrofoam, and all of the Dunkin Donuts are panicking.
But I digress.

So instead of gloom and doom, let’s talk about 2013.  Typically people view the number 13 as an unlucky one.  However, I for one am not the typical old wives tale/superstitious type.   I step on all sorts of cracks when I run down the sidewalk and my mom’s back is just fine; and regrettably no amount of spicy food or pineapple made my babies arrive any faster.   Therefore, I am optimistic that 2013 is going to be the best year YET.

In years past, I’ve posted long lists of races I wanted to do, physical goals I wanted to accomplish, so on and so forth.  This year, I’ve got one thing on my athletic New Years “resolution” list:

That’s it.  Everything else I do race -wise in 2013 will be implemented as training towards that one goal. CONQUER the Ultra Beast.   Turn last years “DNF” into this years “DID NOT FAIL”.

I’ve certainly long since gotten over the emotional heartache of not completing that race.  But as anyone who tackled that hellacious course that day and didn’t succeed either can probably tell you: it still haunts me.    If I had trained just a little bit harder…If I had a smoother, more efficient transition…if I hadn’t gotten sick that month…if I had run off with the others towards the mountain when they pulled us off the course…so many “if’s”.  And now, instead of dwelling on what I did wrong, I’m starting to think about what I can do RIGHT next year. 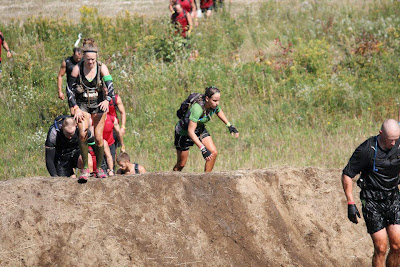 As the broken hand starts to heal, the desire to become an athlete worthy of the Ultra Beast intensifies.   The drive to become stronger physically, more resilient mentally.   I still hold pride in the fact that I never quit, I was pulled off that course, 26 miles/11.5 hours in.  But, had I had just a few more ounces of mental drive, could I have run one more mile instead of walked and beat that cut off?  Could I have zoomed through transition instead of sitting down and commiserating over the cold while I devoured animal crackers and changed my wet socks?  Again with the “what if’s”.    This time, I’ll turn those “if’s” into “will” and use them to fuel my training.
I *WILL* become mentally tougher.

I *WILL* become physically stronger.

I will NOT fail.

The “how’s” are still in the works.  Currently, busting my butt with intervals on the treadmill and teaching my hand how to burpee again (nevermind actually hold an olympic bar).  But this year, we’ve got so much more work to do than just hiking up mountains and carrying sandbags up massive flights of stairs. 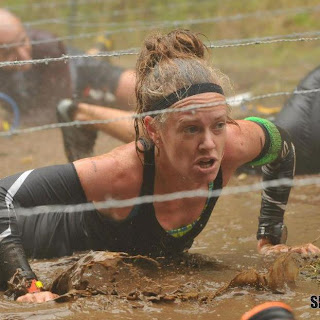 There’s got to be a bit of suffering added into the mix.  As General George S. Patton (my dad’s favorite) said:  “The more you sweat in peace, the less you bleed in war.”  Cold, wet, discomfort, and probably a lot of whining and tears.  And a lot of overcoming instead of defeat.  It may sound crazy to some, especially those who have never done such a race, nor experienced the amazing power of the Spartan family, that we would not only WILLINGLY put ourselves through such torture, but dream about it.  Desire it.    But those who have been there know.  Those who have, they completely understand.

My eyes glow neon green with Ultra Beast desire, determination, and sheer stubbornness.  In 2013, I will not fail.

What’s on your 2013 agenda?  What goals will you accomplish?