Friday afternoon, I did something that I haven’t done in far too long.

Somewhere around noon-ish, I turned off my computer, put down my phone, and did not touch either (nor anyone else’s) for the next 48 hours.  No facebook, no twitter, no instagram, not even a text message or phone call.

And over the next 48 hours, I slept in a tent in the pouring rain.  I fell asleep to the sound of frogs at night and woke up to the sound of geese in the morning.  I spent quality time with Geoff…and not just time in the same room as each other, but with each other.  I saw old friends, I made new ones, I interacted with people without the interruption of technology.  It was so wonderful…and so necessary.

(I also ran around Saratoga Springs, NY with about 100 other people, all wearing red dresses and singing crazy songs, but that’s another story. )

It seems silly, really.  Not the red dress run, but the rarity of such face to face interaction.  A decade ago, I’m not sure I would have believed that one day, it would be virtually impossible to go anywhere and not see multiple people, regardless of age, gender, or race, with their face buried in a smartphone.  Social media has become more than just a passing trend, it has become an integral part of life.  And while I personally love social media, and have reaped many benefits from these connections, the fact that it is so prevalent, almost makes me sad.  Pictures, tweets, texts, check ins, they have become second nature for so many.

This past week, social media about broke my spirit.  It was mother’s day week, and my boys are finishing out their school year at their dad’s house, which feels like it is just over one bazillion miles away.   From my point of view, it seemed every single post on every single social media outlet was about Mother’s day.  Moms going to “mother’s day tea” at their kid’s kindergarten class.  Pictures of homemade cards and gifts.  Companies telling you exactly what mom wants for her “special day”, etc.   And my heart just broke.  Not for me, not because I was away from my boys (though obviously that still sucks in every way imaginable).  But instead, the thought of my sweet little kindergartner somehow getting cheated out of his possible school mother’s day experience, maybe even feeling inferior to his peers because his mom wasn’t there, felt like a hot knife repeatedly stabbing my chest.   I cried, a lot. I felt lower than I have felt in a very long time. Feelings of failure and worthlessness at the one thing I should not have messed up in life: motherhood.  I look around and see everyone else seemingly doing it right; why the hell did my life have to take such a crazy turn?

Yes, last week, facebook in particular, took the guilt I already feel over this whole kid situation to another level, and made me feel like *the* world’s worst mother to ever exist. EVER.

Then of course, I actually spoke to my kindergartner, only to find out that the highlight and drama of his week was the field trip to the alligator zoo.  I was asked over and over if I even knew  how gigantic the giant crocodile was?  Well it turns out, he is so gigantic, that on Sunday when I spoke to my little guy again, after a quick “Happy Mother’s day mommy!” I was once again reminded of the size of the massive crocodile (“even bigger than daddy’s car!”).

I’ve read numerous articles regarding the budding social dilemmas surrounding social media.  Many people, moms in particular, seem to get caught up in comparing themselves to the many posts of their online friends, and as a result, end up feeling completely (and unnecessarily) inadequate. Each article points out how so many of us always share only the good, and hardly ever the bad…or reality…of our daily life.  Thus, the constant comparison of our known reality with the seemingly perfect lives of others can result in insecurity, anxiety, and depression.    And though I’ve known of this emerging social issue, I had never experienced it myself.

Thankfully, the combination of a forced unplugging (camping) combined with a reality check from a 6 year old and a gigantic crocodile, provided a huge wake up call for me.  Though I know both of my boys have a hard time being away from their mom, I also know they are very loved, happy, and healthy.  My current perceived reality, thanks to facebook, had me blowing the reality of the situation so ridiculously far out of proportion.  Things could certainly be better, but things could also be far, far worse.  And chances are even those who did make it to Mother’s Day tea at school, have their own struggles they are facing daily.

For me personally, over the years, social media has crossed the threshold of a fun past time to becoming a required part of my job. I know that I am not alone in this situation.  And these days, everything moves so fast online that it often feels like taking time away from the constantly updating social media feeds is like voluntarily shooting ourselves in the foot of our careers.  It is really hard to step away for fear of losing ground, very, very rapidly.

But do you ever wonder, is living your life in front of a constantly updating  iPhone really living at all?

Not for me.  Well, technically I don’t even own an iphone, but you see where I’m going.  So many of us strive to gain a bigger reach, with our comments, photos, and posts.  But in gaining the large outreach, how much are we losing of ourselves?  I’m willing to bet this happens to far more of you reading this than you may care to admit.

The truth is, what we see online is often only a fraction of any given persons reality, and further, many posts are simply a facade. It saddens me that so many of us not only compare ourselves to these false livelihoods, but even worse is the fact that others feel the need to “share” more than we actually “live”.   I have come to realize that I admire, and am far more inspired by, (and thus more likely to read and follow) the bloggers who who only occasionally post about their grand adventures, because they are too busy living their life to take the time to constantly update the rest of us. So why is it I often find myself feeling inadequate when comparing myself to those social media gurus who are perpetually making their presence known with multiple (excessive) posts?

As much as I would like to declare that I’m now going to unplug EVERY weekend,  due to work obligations I can’t promise that it will always be true.   But I’m certainly going to give it a try.  And I implore all of you, especially those of you who also work in social media, to do the same.

Get outside, breathe in the fresh air, take in the beauty of the mountains, or the trees, or the wildlife.      Enjoy the the feeling of your run, or your workout, or the hilariousness of your kids on the playground.  Enjoy the food you are eating, the drinks you are drinking, and the company you are dining with.   Don’t just do these things to do them….really stop and truly enjoy what you are doing.   Life your life for you (and your family, your loved ones)…NOT *simply* for the next photo opportunity. 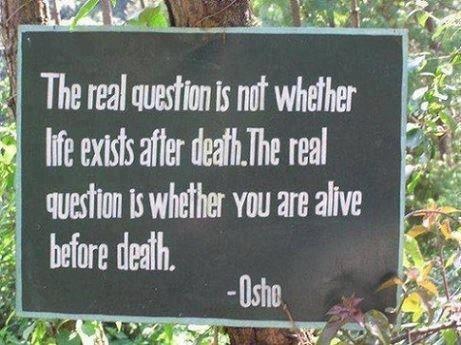