The line between where my old myspace blog finished and this blog began is blurry, so forgive me if told you this before. I have a bike. His name is Schwinnderlei Silva. He is a simple hybrid Schwinn that came home with me sometime in 2007 after an impulse buy in the aisles of Target (aren’t most purchases at Target made that way?) Schwinnderlei has been a loyal bike on the handful of neighborhood rides I’ve actually taken, and one 32 mile organized ride, complete with crazy headwinds and a group full of road bikes that left us in the dust. And that pretty much sums up my cycling resume for my adult life. 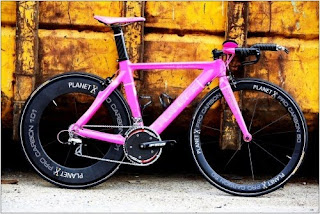 Cycling inexperience aside, as I sit here with the goal of diving into the world of multi-sport, I covet a brand new fancy pants road bike. (Ok, secretly, I covet a hot pink triathlon bike, but I figure I should take baby steps. After all, you don’t let the teenager take a spin in the Lamborghini on their first day of drivers ed, now do you. ) I’ve actually been meaning to get into the sport of triathlon for quite some time now. But something always got in the way. Last time, that something was a brand new pregnancy, which I discovered the day after my first triathlon clinic meeting. But now, the time has finally come. I’m registered, no turning back, for Irongirl sprint triathlon. I’ve set up an appointment for swim instruction. And, most excitedly, I’ve been given the go ahead from the family budget to buy a bike. A REAL bike.

And I’m terrified.
I’ve always been a bit scared of riding in traffic. And it seems everywhere I turn lately, my fears are confirmed. You know, new cyclists and pregnant women have a lot in common…people always want to tell them horror stories. I’m positive it’s not intentional, but it happens all the same. Someone finds out you are expecting a baby, and the next thing you know they are telling you about their second cousin’s best friend’s sister in law who almost died in labor from some sort of one in a billion chance complication. Someone finds out you are new to cycling and they want to tell you about that time they were clipped by a car and woke up unconscious on the side of the road, or the time some lame motorist pegged a half empty Slurpee at their head.
Now that I am literally weeks away from bike shopping, it seems that the buzz all over facebook is over the hate group “There’s a perfectly good path next to the road you stupid cyclist” and all of the pro-cyclist groups trying to get rid of this group. Really, I should have never, ever, ever opened that page. Because it terrifies me people like that actually exist. Even if it’s all a “joke”, it terrifies be that people find the idea of running over a cyclist funny.
Then I find my way over to the Cyclists Against Reckless Drivers Foundation page on facebook. And while their organization is meant to promote awareness, it’s promoting more fear in my trepid mind. I open the page to find link after link to articles about motorist running over, and sometimes killing cyclists. And then how about this jackass E.R. doctor who decided to “teach the cyclists a lesson” by swerving out in front of them and slamming on his brakes, causing them to smash into the back of his car.
Wow. Just, wow.

As if the cycling and/or road rage gods are mocking me at this time of fear, I get an email the other day from an organization called “Share the Damn Road” asking me to write a little something about their website on my blog. Their site offers cycling jerseys that say things such as “DON’T RUN ME OVER”, “DON’T HONK AT ME” and “SHARE THE DAMN ROAD” among others, to send a message to aggressive drivers.
Just to show you how warped my mind is by the thought that I will soon be putting myself on the streets as a moving target, my first thought was “that can’t be good karma”. I turned to former rebellious, bad a$$ teen (now very mature, wonderful, loving, father) Rich and asked him what, in his former life as an angsty teen, he would have done passing a cyclist wearing one of those jerseys.
He said he would have most certainly honked. Especially since there is no “Please” anywhere in the statement. And then had a really good laugh about it.
Fears confirmed.
Regardless, living your life in fear is no way to live. And while I no time soon will be on the Dr. Phil show holding a giant millipede (my one total phobia), I can assure you that this fear of crazed psychotic bike & spandex hating motorists won’t deter me from a future in triathlon.

But I do wonder what size jersey I would need to be able to fill “I’m absolutely terrified out here, please take pity on me and give me a 15 foot radius, thank you and have a great day, by the way you are looking fantastic this morning, is that a new haircut?” all on the back.

Tell me this too shall pass?

What a time to be alive, am I right? I say that both sarcastically and seriously. I don't know about you, but for the last 15 days my thoughts have continuously fluctuated from calm, to concern, to confusion, to fear, and then back again. I'm in disbelief about the world around us right now, … END_OF_DOCUMENT_TOKEN_TO_BE_REPLACED

Long before I discovered ultramarathons, I went to school to study exercise science and became a certified exercise physiologist. I've been working in gyms, programming workouts for personal training clients, since 2010. So workout posts are nothing new in these parts. Most of these workouts are … END_OF_DOCUMENT_TOKEN_TO_BE_REPLACED 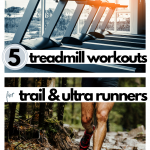 One of the reasons many runners choose to run on trails is because they love being outdoors. They love the feel of the fresh air in their lungs, sun on their shoulders, and the peacefulness of being surrounded by nature. Yet sometimes, trail and ultra runners have no choice but to hit the … END_OF_DOCUMENT_TOKEN_TO_BE_REPLACED