I blinked my eyes and March is nearly over.

The weather here in South Carolina has gotten steadily warmer, and my running injuries have been kept at bay, therefore I’ve spent nearly every free moment in the great outdoors.  It’s that magical time of year here where you can enjoy the warmth of the sun without suffocating in the extreme humidity, and it’s far too fantastic to stay inside. 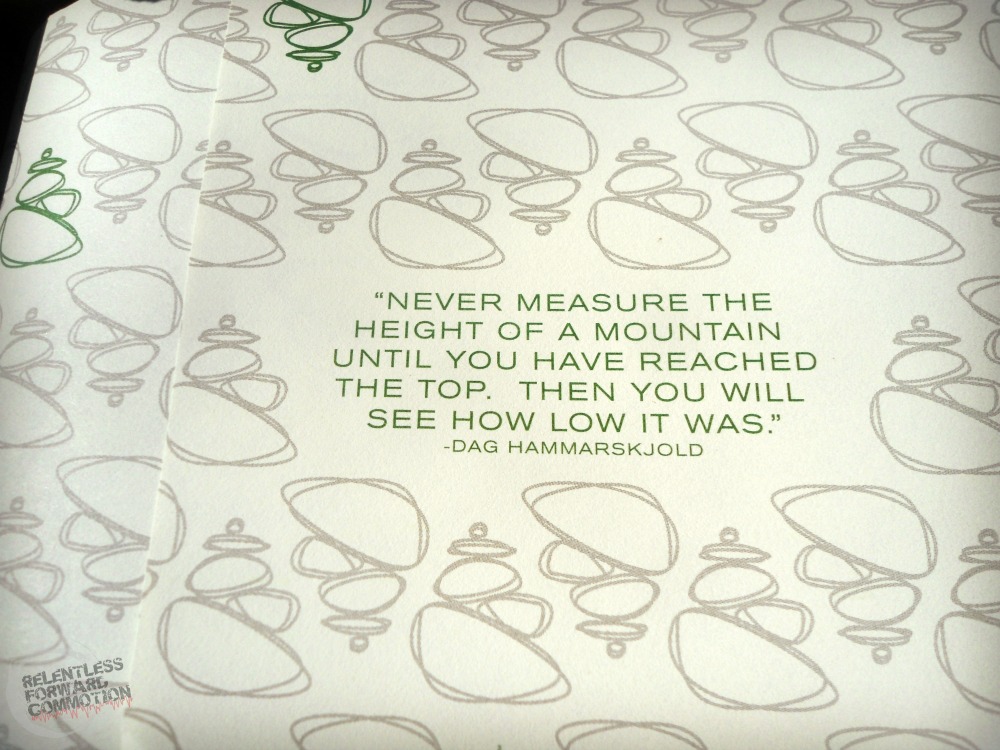 Unfortunately, all of this time outside means my writing has taken a back seat.  I always find a hilarious irony in the fact that when you are too busy out living life, the blog in which you write about living said life comes to a screeching halt.  Yet when I’ve got nothing going on, I’m putting out posts like a machine.  Regardless, we have some serious catching up to do, and I’ve got a few event and product reviews to throw at you.

But first, let’s talk about the March Cairn box. 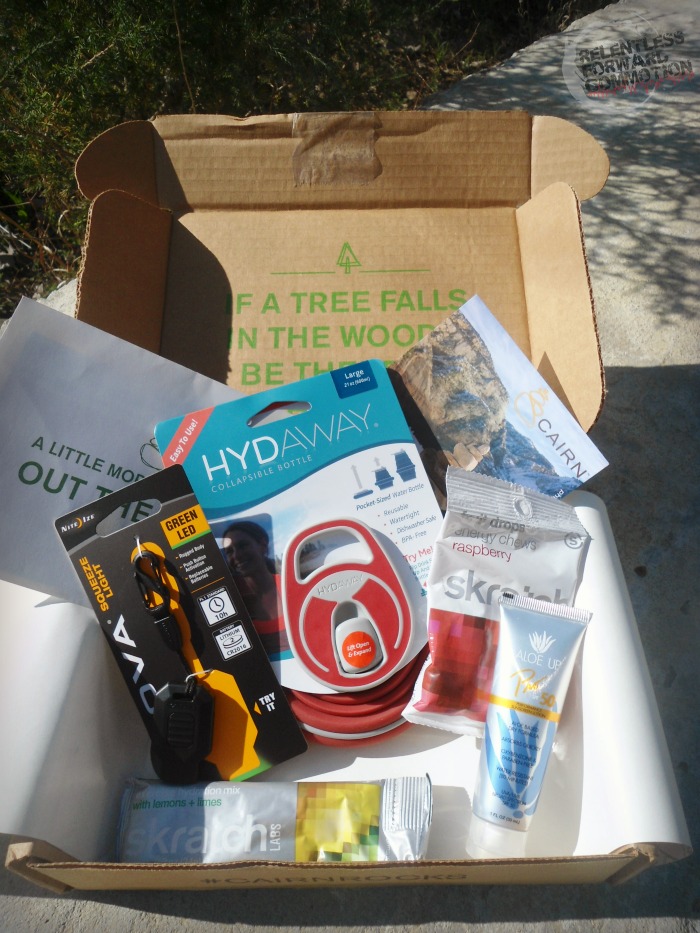 The  Cairn Outdoor Gear box  has been by far, hands down, the BEST subscription box I’ve ever seen.  Nearly every single product that has come in the last handful of boxes has been put to use multiple times by Geoff, the kids, and I.  And while the contents of the boxes have been outdoorsy (that is kind of the point), the March 2016 box could totally be considered a running cross-over box.

Or not, if you aren’t a runner.  But even if you aren’t, the March products are appealing to any outdoor enthusiast.  Here is what I got in my March 2016 Cairn box:

Confession: I sort of knew what was going to be in the March box before I received it.  Perks of being an ambassador! But when I heard “collapsible bottle”, I pictured another one of those thin plastic roll up bottles on a carabineer.  The Hydaway Collapsible Bottle is much, much more awesome than that. 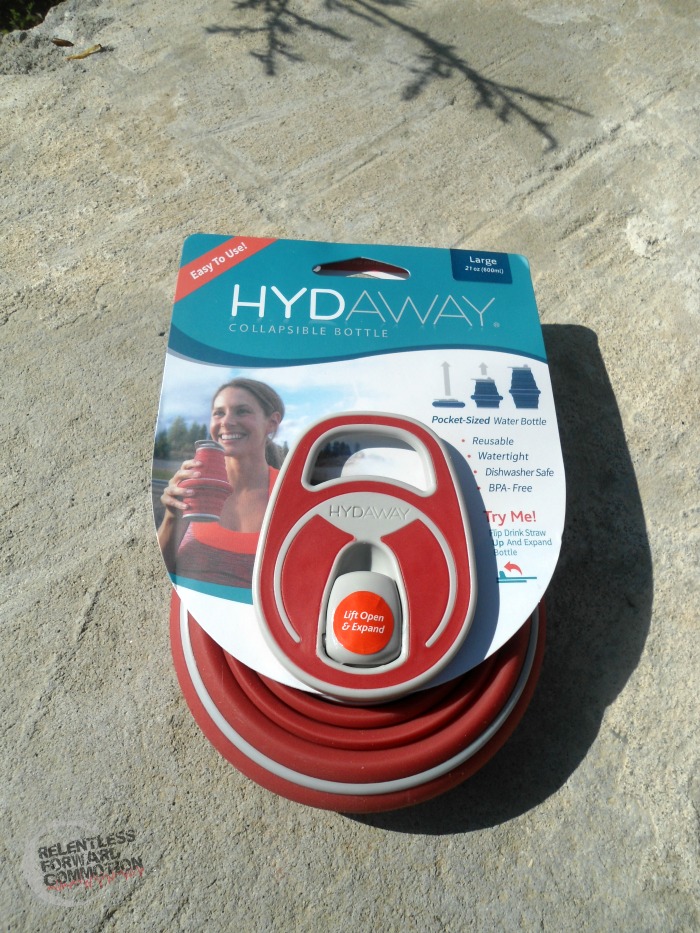 Pocket sized, water tight, dishwasher safe, this thing fits comfortably even in the small pockets of my hydration pack.  It easily unfolds and collapses with very little effort, and has easy to grip, soft sided walls. 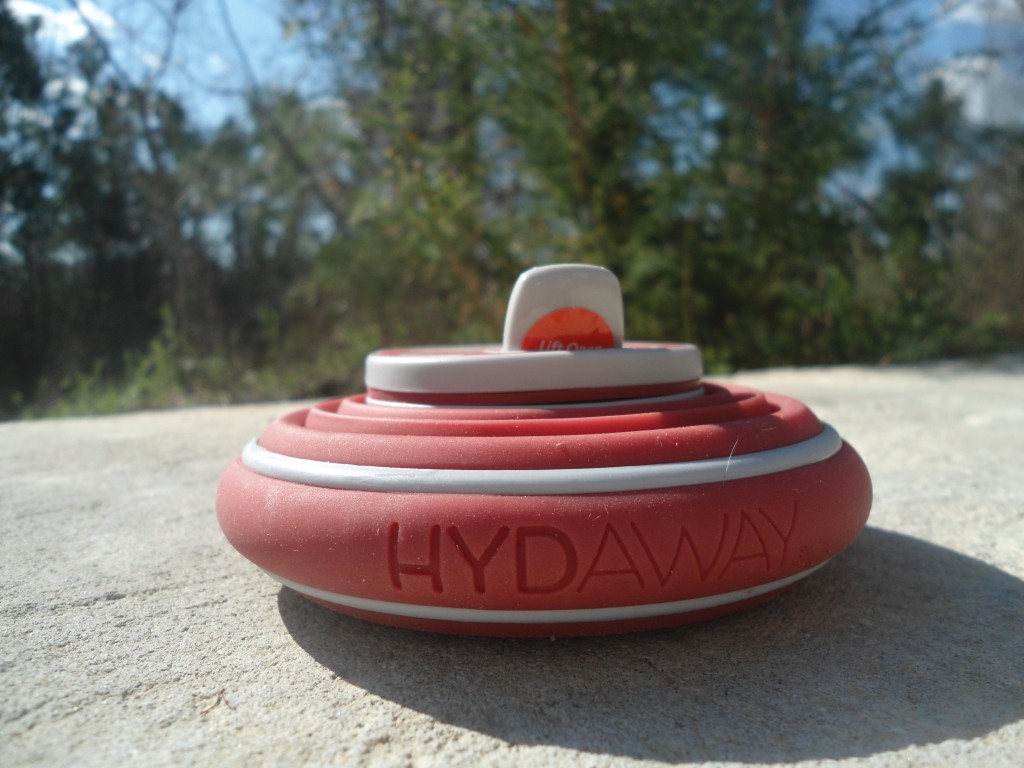 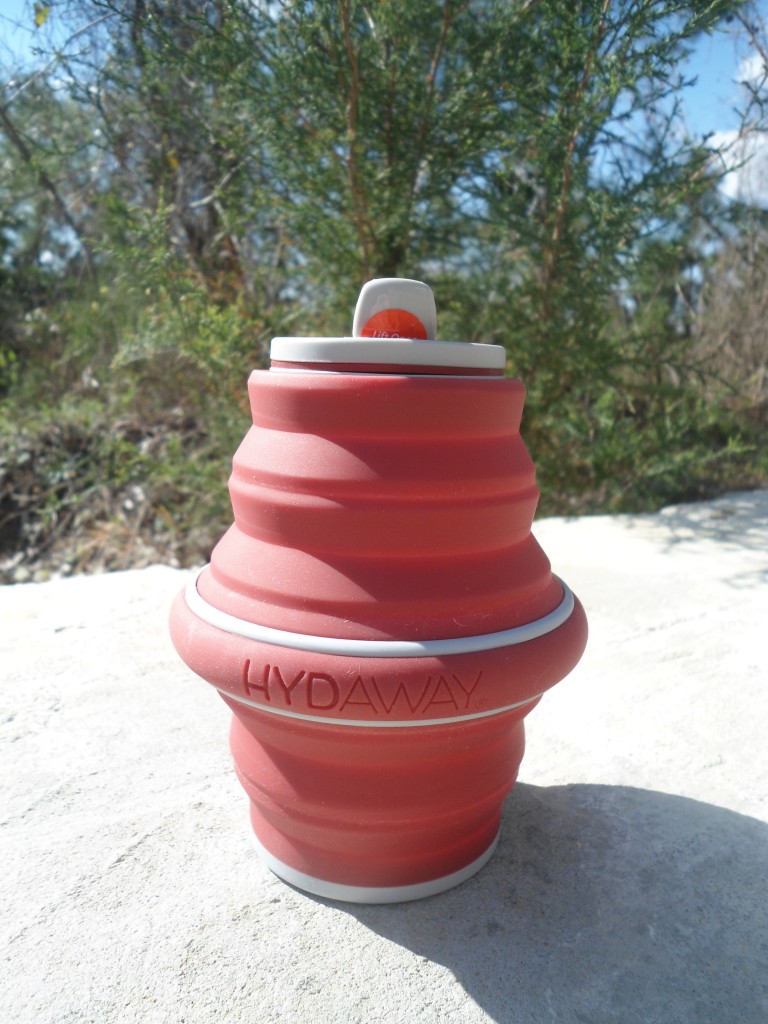 When open, the “Large” size bottle (included in the box) fills to 21 ounces.  The flip top spout is easy to use, the lid has a carabineer friendly loop,  and the top screws off for easy filling and cleaning.   All in all, this is an incredibly useful item to have in my arsenal as it is easy to pack, store, use, and clean.   MSRP: $20 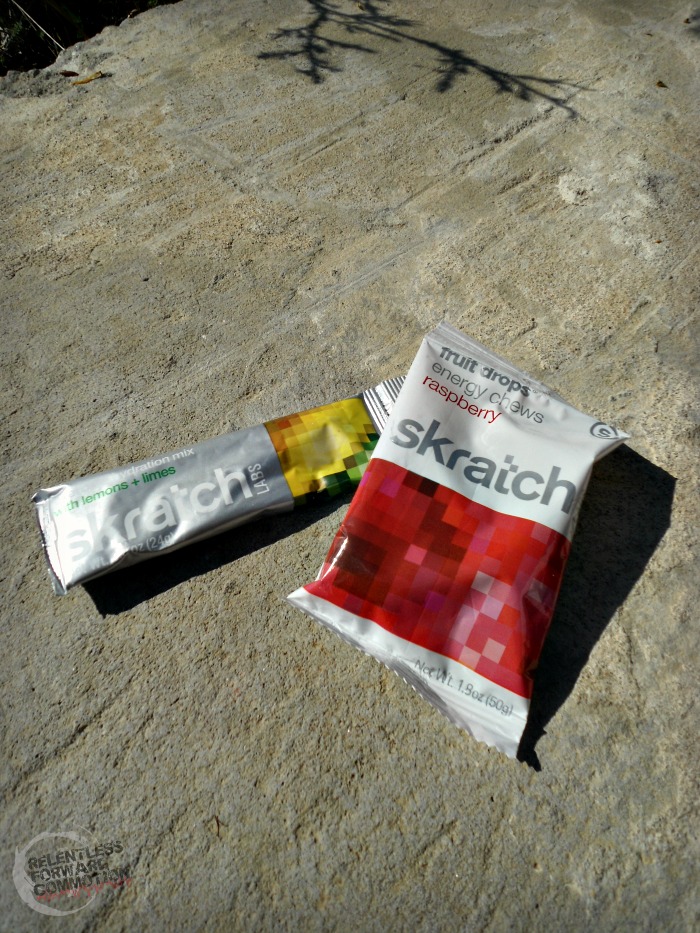 I have tried the Exercise Hydration Mix in the past, but of course found the perfect excuse to give it another try while testing out my Hydaway bottle.    The Exercise Hydration Mix is a sports drink containing simple sugars, electrolytes, and only real fruit for flavor.  Skratch is made without any coloring agents, artificial sweeteners, synthetic flavoring agents, or other excess chemicals.  And it is touted as non-GMO, gluten free,  dairy free, vegan, and kosher.   My personal review is that it had a refreshing taste without any artificial or chemical aftertaste, as so many of these drinks do.  I used it as a recovery drink after a particularly sweaty and warm run (those are becoming more and more frequent these days!) 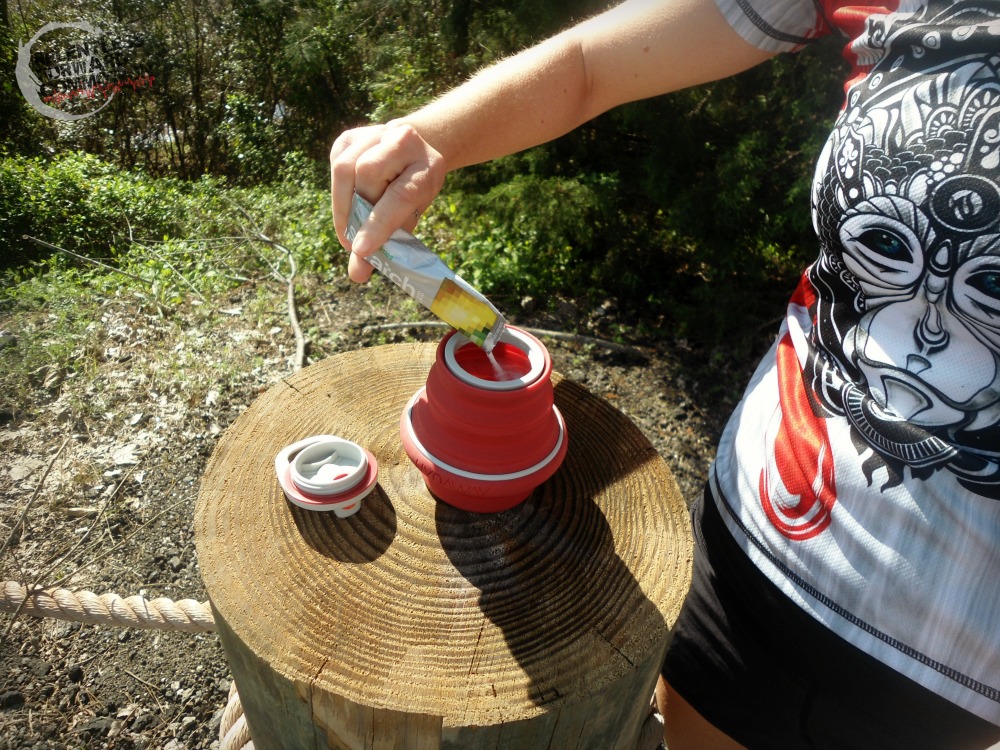 The most important feature for me regarding the energy chews was that they were vegetarian friendly.  These ones were, using pectin as a solidifying agent rather than gelatin.  With 80 calories per 5 chews, these are great portion sizes for those of us who prefer to take in a calories slowly and consistently, rather than 100+ calorie shots at once.    And they tasted awesome, clearly another important feature. 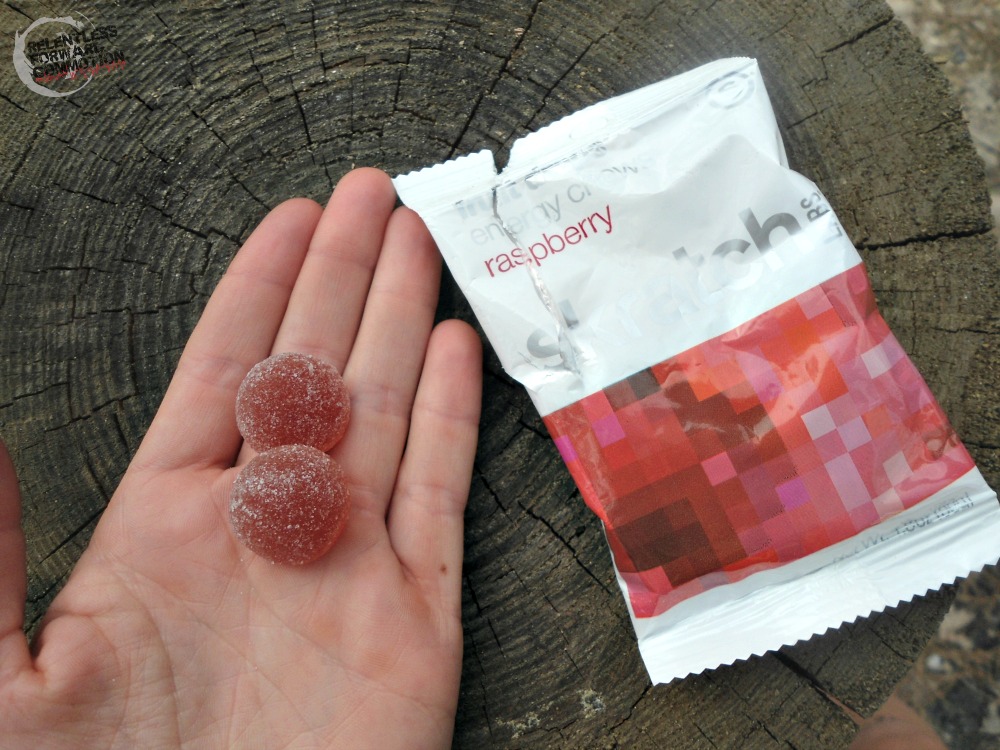 In our world, nothing that lights up goes unused.  Between night training, camping, stumbling around the house when I wake up at 4:00 am to head into work (but don’t want to wake anyone else up) and two little boys that think everything is a light saber…we get a lot of use out of portable, tiny lights. 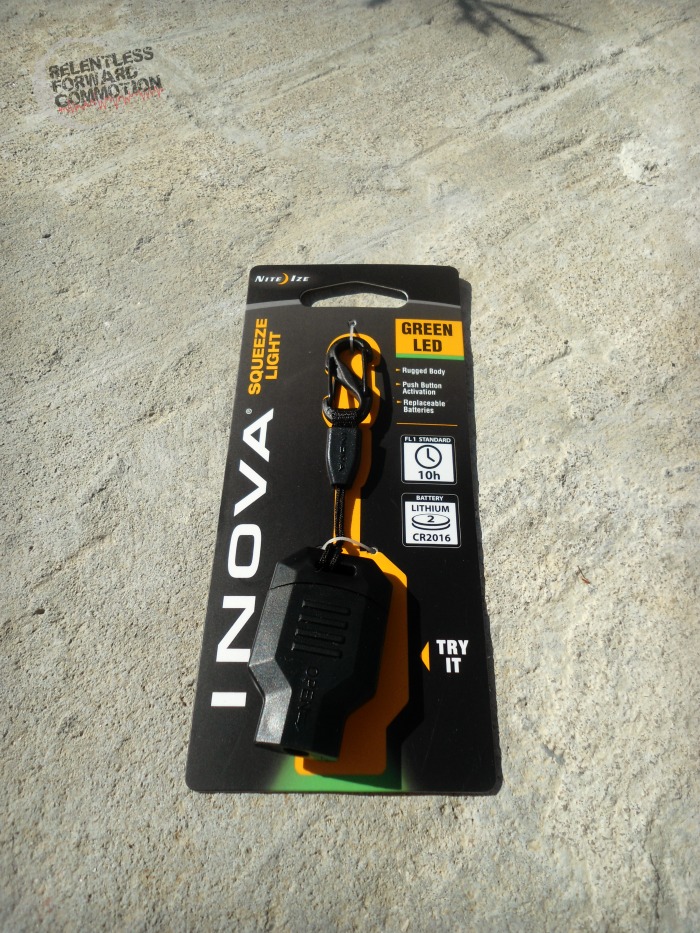 The Nite Ize INOVA Squeeze Light is a keychain sized light that could easily attach to your keys, jacket, or pack to give you a bright light wherever and whenever you may need it.

By now, we should all know the importance of wearing sunscreen.  Unless of course, you are living under a rock, in which case, that cliché semi-insult might actually be legitimate, as there isn’t much sun under rocks.  But I digress.  Research shows that many athletes are considered higher risk for skin cancer, mainly due to the increased sun exposure many of our sports require.  Cairn reviewers requested a higher SPF sunscreen, so in the March box, Cairn delivered. 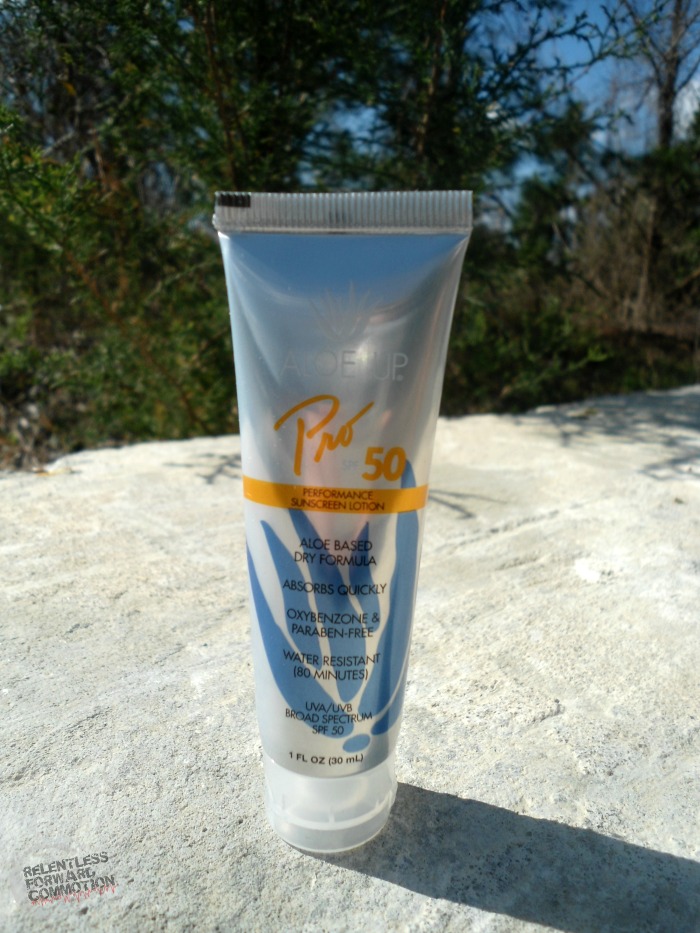 This month’s box included significant coupon codes for discounts for 20% off of Hydaway bottles, 25% off of Skratch Lab products,  and $250 off of Oru Kayaks (sadly, a kayak was not in the box. I suppose it wouldn’t fit). 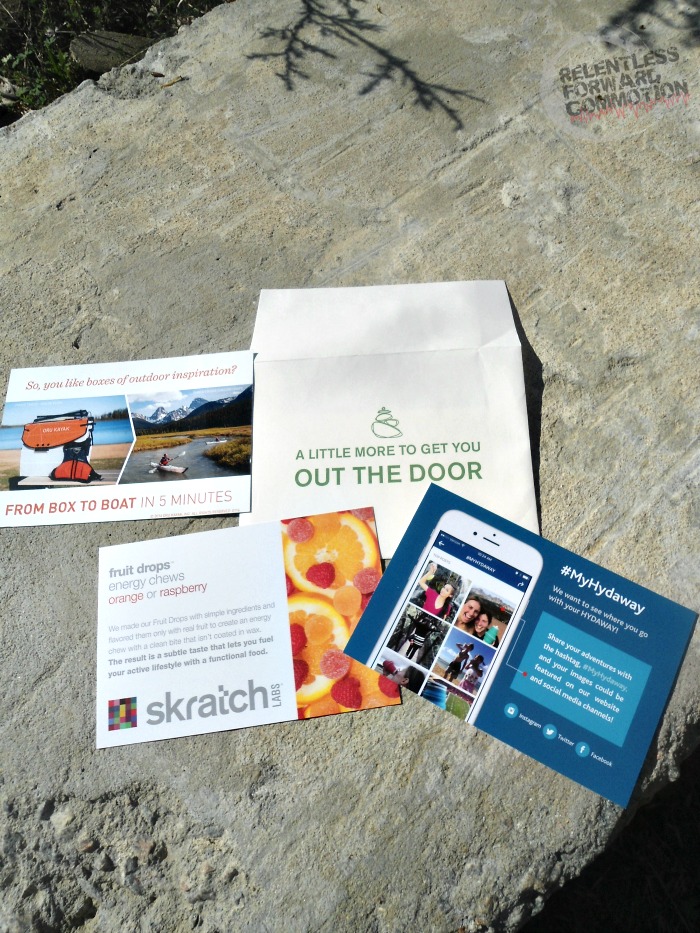 The March box contents would retail separately for approximately $35.50 (not even including the aforementioned discounts).  Your cost: as little as $22.00 .  The amount of adventure you can have with these items?  Endless.

And this, my friends, is why #CairnRocks.

Affiliate links used in this post.  Cairn Box provided to me at no charge as a Carin ambassador, however, all opinions expressed are my own.