The human body fascinates me.   It also kind of frightens me.

My boyfriends awesome sister told me once that she is terrified of the concept of outer-space; how the thought of what exactly exists outside of all of the known universes, if anything exists at all, will keep her up at night.   This is how I feel about the human body.    I have logged countless hours and University credits studying biology, chemistry, human anatomy, and physiology.  I understand how our bodies evolve from two single cells into the 32.7 trillion cells it takes to form a recognizable “human”, but I’m still baffled by the process.   Mostly, I’m astounded that things don’t go wrong far more often than they already do, not only in the intricate process of forming a human body, but in maintaining the function of that body for the rest of our lives…especially with all of the ridiculous things we subject ourselves to.

Despite the incredibly complex processes our bodies are undergoing every second of every day to keep us alive, most of us take our health for granted.

Until, of course, something goes wrong.  And as you probably gathered by the title of this post, something has indeed gone wrong.  It has certainly been awhile since I shared  a “more than you needed to know about Heather” post, so let me fill you in on the gory details.  But first, let’s go back.

Six years and one month ago I looked like this:

The one time in my life I surpassed the 200 lb mark. Yeah, only one baby in there. 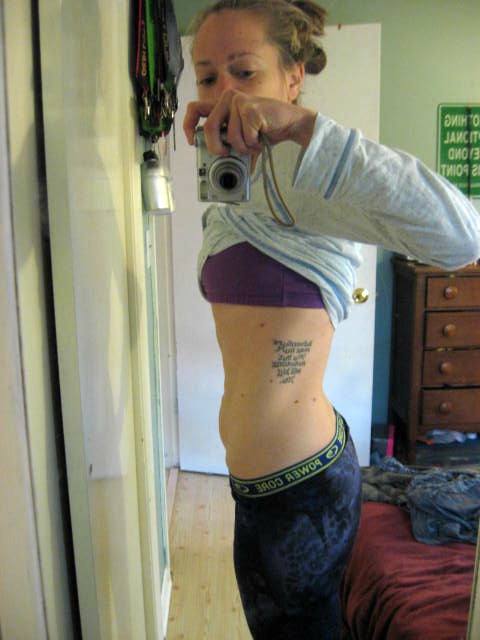 As you can see, my taste in comfortable lounge wear and college dorm furniture has not changed.

Crazy, right?   This, of course, did not happen without complete and utter destruction to my midsection.   In addition to a ton of extra skin (hidden quite well by the angle of the above picture) I developed what is known as diastasis recti, or basically, when the left and right sides of your rectus abdominis (your abs) separate and don’t go back together. 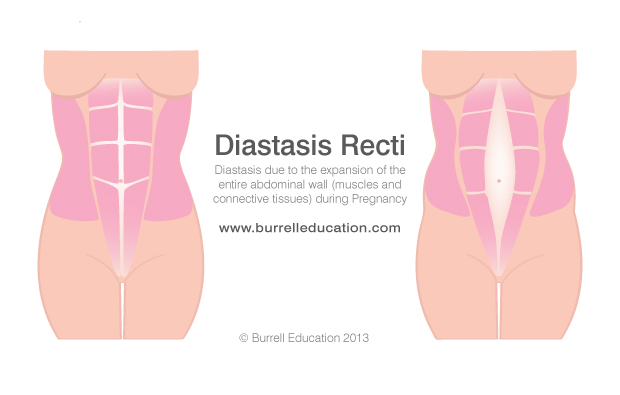 This is actually a quite common occurrence among pregnant women.  Many heal on their own, some heal with specific exercises and physical therapy, others require surgery.  I have been lucky enough to have reduced my DR down to 2 finger widths (yes, you measure by sticking your fingers in the gap, just another pleasant motherhood side effect!) through living a very active lifestyle, and probably a little bit of genetic luck.

BUT…the 2 finger width gap is still indeed there, and most recently through said gap has come…my intestines.   Otherwise known as a hernia.  Apparently another common medical malady among the human race, especially…you guessed it…moms of multiple pregnancies.  (I’ll spare you the pictures of the hernia itself).  A classic case of “things you don’t ever expect to happen…until they do”, this hernia has created a bit of a speed-bump in my life.   And as mentioned above, it is something that can seemingly happen so easily to the human body,  it’s amazing that this hasn’t happened to me sooner.

Those of you who are friends with me on Facebook may have seen me post about a “cleanse” type diet I took part in over the last few weeks.  The reason was not for weight loss or “detoxing” or anything like that, but instead to help reduce bloat in my gut, as the bloating causes the hernia to protrude, which as you can imagine, is wildly uncomfortable.   And it has indeed work, for the most part.

Now, if you Google absolutely everything you can about your medical condition, because clearly that’s what a sane person does while waiting for surgical consultation, you will most certainly find all of the advice, founded and unfounded, that you don’t want to hear.  In my case, it’s the fact that exercise, specifically heavy lifting, exasperates umbilical hernias.

In the words of 2013 meme-superstar- Kimberly “Sweet Brown” Wilkins, “Ain’t nobody got time fo that.”

So, here I am, patiently waiting for some insurance details to be updated, and carefully experimenting with what I can and cannot do, in order to avoid making the intestine pop out.  Running: good.  Air squats: bad, even though the mighty internet said they should be alright.   Interestingly enough, crunches, when done with proper form, don’t bother me nor the hernia at all, though most core exercises, specifically crunches, are deemed no-nos.  Not exercising is simply not an option, so the next few weeks will be touch and go, no doubt about it.

Thank you, hernia, for waiting until after race season was over to make your presence known.  I truly appreciate it.

So, there’s that bit of “too much information” for you for this week.   I’ll keep you updated because, after all, what are blogs good for if we can’t keep tabs on other people’s protruding guts ?  On a serious note, if you’ve ever had an umbilical hernia (and more specifically, the corrective surgery that goes with it), I’d love to hear from you.