The following review is sponsored by Fitfluential, LLC on behalf of Mizuno. As always, all opinions stated are my own.

It’s not often you hear of an 18th edition of a running sneaker model.   But when a shoe works, a company runs with it (pun completely intended).  The original Mizuno Wave Rider was released 16 years ago in 1998, and has had a significant makeover to its most recent October 2014 release, the Mizuno Wave Rider 18. 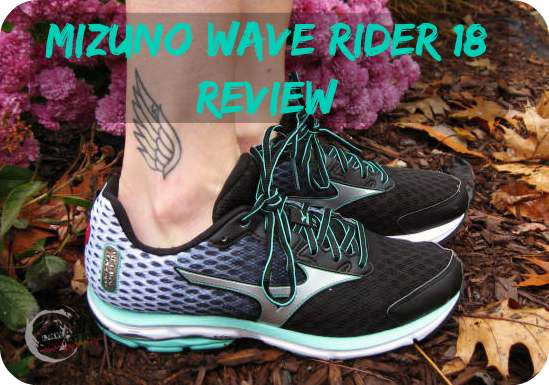 …quite possibly the last “no snow” shoe review picture of the year.

According to Mizuno:  The new Wave Rider 18 provides the ideal balance of fit and performance making it the choice for runners seeking a smooth ride in a sleek, lightweight daily running shoe. Mizuno’s patented Wave Technology delivers maximum responsiveness and a harmonious feel providing “just enough” support for your run. The Dynamotion Fit  upper and a modified outsole pattern gives the shoe added durability and improved underfoot feel.

If you were a fan of the last model, according to Mizuno the 18’s are a redesign of the 17’s (obviously) and have a new mesh upper, a new material in the toebox and use new synthetic overlays making this model feel more similar to older Rider models 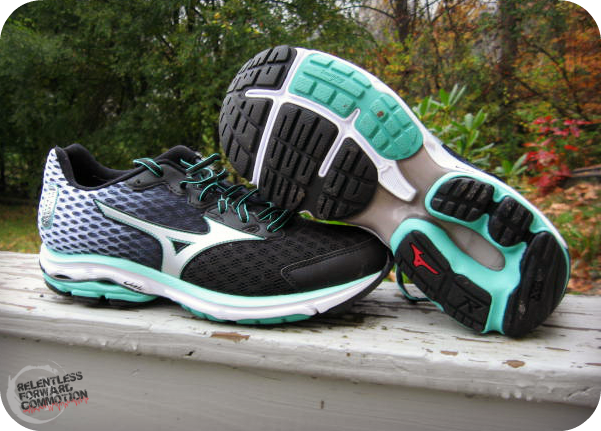 Fit:   The Wave Rider 18 fits true to size in my opinion.  The toe box is pleasantly roomy (though not overly so), a feature not often seen once you stray from the minimal shoe world.  The cushioning around the upper, heel, and tongue hugged my foot, yet didn’t leave any hot spots; I would be comfortable wearing these shoes with low cut socks.   Speaking of hot spots: there were none.  Always a relief.

Aesthetics:  It seems that the running shoe industry has been leaning towards the “brighter is better” concept in their shoe designs lately.  While the 80’s girl in me doesn’t disagree with that trend, I was pleasantly surprised to see that the Mizuno Wave Rider 18’s do NOT scream “look at me” with neon patterns, and instead more muted colors for a still striking appearance.

Mizuno adopted the inspirational influence of the Japanese concept of “Hado,” the intrinsic vibrational life force energy that promotes powerful transformations. According to Mizuno, Hado is executed in the Wave Rider’s sleek, dynamic design relaying the power and kinetic energy of running, harnessing the transformative possibilities of every run. 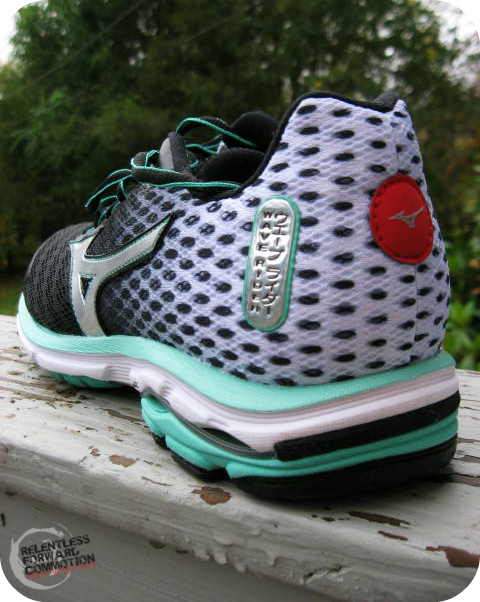 Subtle yet unique designs make the Wave Rider 18 stand out without being overly flashy.

Run:  The fit of the shoe while running was steadfast and comfortable.  Nothing slipped, nothing chaffed.  The Wave Rider 18 is incredibly light weight for a shoe of this build, at only 7.8 oz.   There were no glaring complaints as far as the design of the shoe that would cause me to not recommend them to someone who does need some support in their running shoe.

That said, this is where my review will be tainted with personal bias.  Over the last five years I’ve transitioned to relatively minimal shoes.   While a neutral shoe still makes the appearance in my running shoe arsenal from time to time, I tend to sway towards a neutral shoe with the least amount of resistance against the natural movement of my foot.  I had sincerely hoped the Wave Rider 18 would be one of those shoes.   While I found the Wave Rider 18 comfortable for walking purposes, it was immediately apparent to me, in less than 3 running miles, that “just enough” support provided by this shoe was far too much support for my feet.  While the Wave Rider 18 is indeed comfortable, the 12 mm drop was too high for my foot.  The lack of flexibility in the sole (again, comparatively) left my foot feeling completely unnatural. This would be ideal for someone who does feel the need for arch support (unfortunately, that is not me.) 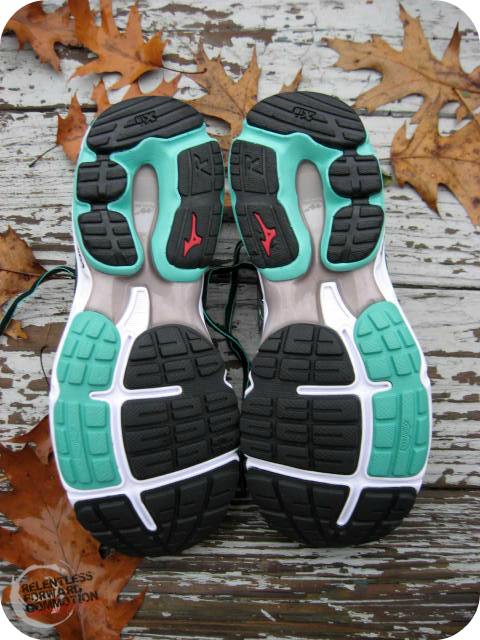 CONCLUSION:  All of my “negative” points are simply due to my personal preference in fit, and not negative aspects of the Mizuno Wave Rider 18 design.  The shoe seems to have a solid build, and as mentioned above, is incredibly comfortable and aesthetically pleasing.  If you are a fan of the Wave Rider series, you will likely love the upgrades that have been made to the Wave Rider 18.  I would recommend the Mizuno Wave Rider 18 to a neutral runner who wants a light weight comfortable shoe with moderate cushioning, as well as a runner who needs a very minimal amount of support from their sneakers, yet doesn’t have any glaring gait issues that need to be corrected.