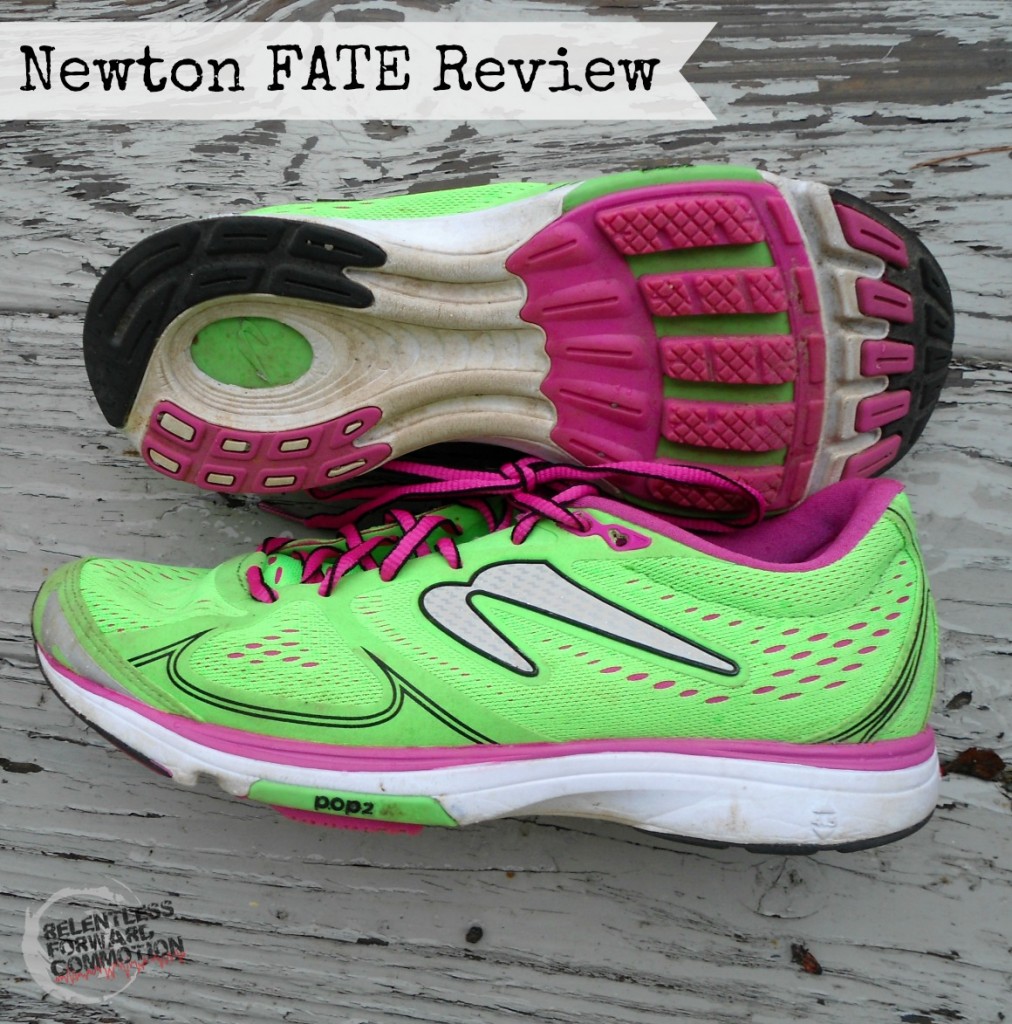 They aren’t dirty, they are well loved.

The best way for me to describe the Fate is “Newton Lite” , which is exactly what I’ve always wanted from Newton.  For those of you unfamiliar with Newton technology, the idea, in short, is this: there is a lug on the forefoot of the shoe that helps encourage better running form, and avoid the dreaded heel striking.  In fact, the entire sole Newton shoes is designed to help make your stride more efficient.

What Newton says about the FATE:

“Coming off the highly successful launch of its new 5-lug forefoot design and the P.O.P 1 platform, Newton Running continues its product expansion with the launch of two new styles – “Fate” and “Kismet” – that will appeal to runners new to Newton. The shoes incorporate the new P.O.P 2 platform, giving wearers a more relaxed package while still offering the integrity of the Newton ride. With beveled lugs and a broader platform, the latest shoes will act as an entry point into Newton’s patented Action/Reaction technology, which absorbs impact and offers runners greater responsiveness.”

Though I am not new to Newton technology, the one thing that has prevented me from running longer distances (over 5 miles) in them has been the lug.  I appreciate the technology for shorter runs.  I love that the lug acts as a training tool to “remind” my foot where to land, and encourage better, more efficient form.   But during longer runs, the lug has been a bit of an uncomfortable distraction, in my opinion.

The forefoot lug on the Newton Fate, however, appears and feels to me to have a smaller profile.  It is large enough to have all of the same benefits mentioned above (encouraging proper form and foot strike), but isn’t so large that it becomes an uncomfortable distraction.  I can absolutely see why Newton Running chose to market this as an “introduction to Newton” shoe, but is also ideal for those who don’t want the aggressive lug technology.

Although these shoes are marketed as a “training and all purpose shoe”, I can’t imagine doing anything other than running in them.  Perhaps my “training” encompasses a larger variety than what Newton expects from the average runner, but the lug does make them feel slightly awkward and unbalanced when NOT running.

The fit of the Newton Fate is comfortable.  A sufficient, but not overly wide, toe-box allows for some natural splaying of the toes and forefoot.   The upper is cushioned just enough to provide a snug fit and prevent against any chafing, but isn’t overly built up.  The sole flexible and far from stiff, as often experienced in a neutral shoe. 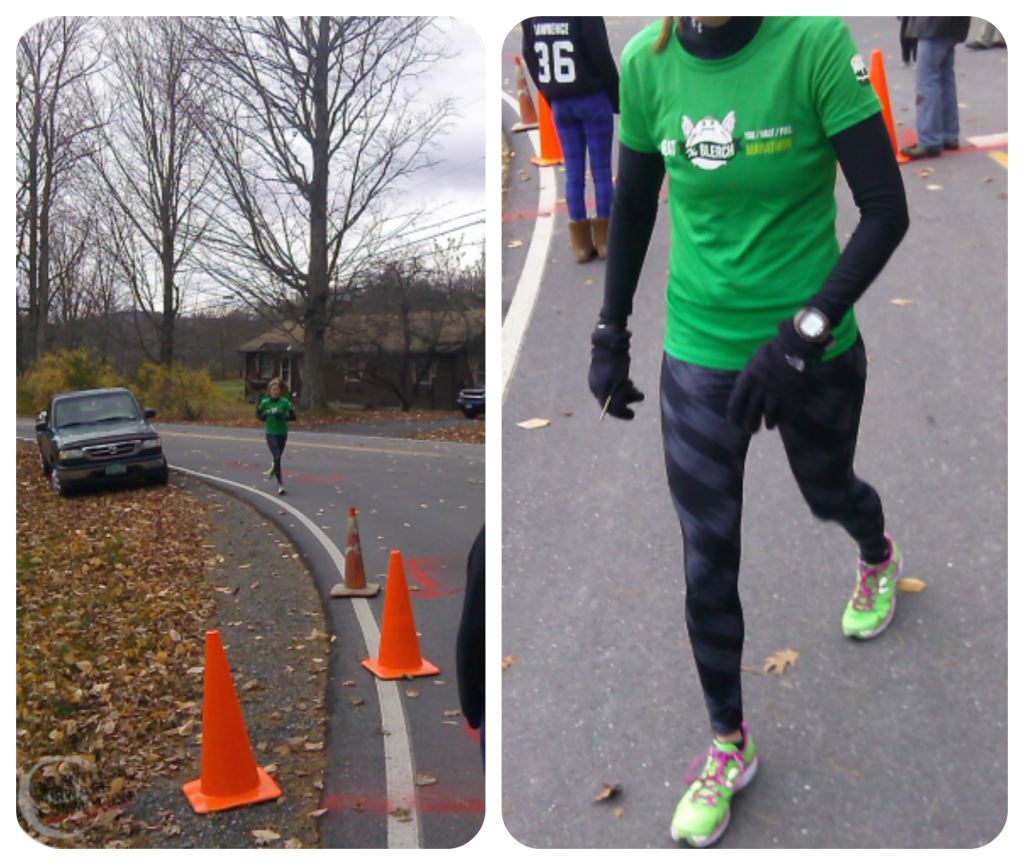 As with the majority of the Newton Running line, the aesthetics of the Fate are, in my opinion, awesome.   My philosophy is “the brighter the better”, and the Fate does not disappoint.   The women’s model is available in a neon green and fuchsia color scheme, the men’s model yellow and orange.   Both the large Newton logo and the heel design are made of a highly reflective material, which provides added safety in the dawn/dusk/dark hours. 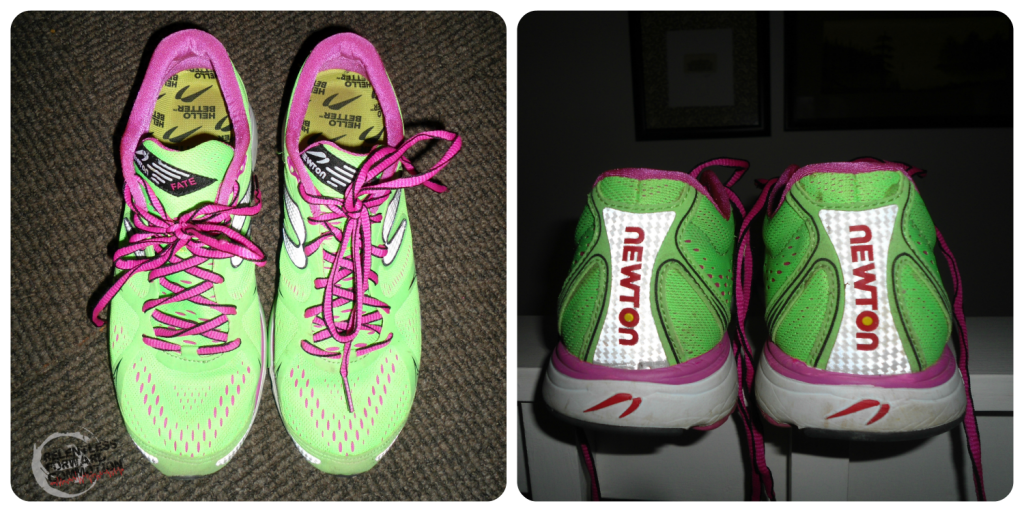 Imagine how bright these were before I got them so dirty.

As you’ve probably noticed, I’ve sufficiently beat these shoes up.  Yet other than dirt, there are no tears, no wear marks, nothing fraying.

At an MSRP of $129, the cost of this particular model is more in line with the running shoe industry average cost than many of the other Newton models, which range from $150-$175.

In conclusion, I would highly recommend the Newton Fate as a road running shoe for:

Have any questions regarding this shoe?  Comment below, I’ll be happy to try and answer!

Disclosure: Newton provided me with a pair of Fate’s for review at no cost to me; as always, all opinions stated are my own.