Time flies a little faster when you live in a climate where no one is really concerned about the outcome of Puxatawney Phil’s annual shenanigans.

In other words, I can’t believe it’s February already…it still feels like October.  Or June, for that matter.

Don’t get me wrong, we’ve still had our fair share of “winter” here.  A day of freezing rain.  Multiple days in the 30 degree temperature zone.  Winds that bite with bitter cold. But despite all of those things, there is always something around here that reminds you spring is really just around the corner, and winter will never fully settle in.

For me, it was this one tiny stretch of our trail, literally 10 feet at most, where the plants on the side of the trail were always a brilliant shade of green.  No matter how dreary or cold it was outside, that tiny little hill nearly glowed.

The sides of the trail scream summer, but the bare trees remind you it is still January…

January was the exact chaos I’ve come to expect working in the fitness industry.   Lots of new member orientations, new clients, and tons of cleaning up after the inadvertent poor gym etiquette crowd.   I was no exception from the New Years resolution crowd myself, as I became a new but regular face in January at another gym (as a member, not an employee).   And though it wasn’t a New Years resolution at all, heavy strength training became an inadvertent new (revisited) habit in my life.   Five to six times a week Geoff and I head into the gym for our two hour “date”, and I pretty much lift whatever he tells me to lift.  I love being a personal trainer, but sometimes it’s nice to have someone else do all of the thinking for you.

I’m a long, long ways from some of the weight PR’s I had a few years ago, but it feels amazing to be back at it.  I not only feel stronger, but I feel BETTER, all around. 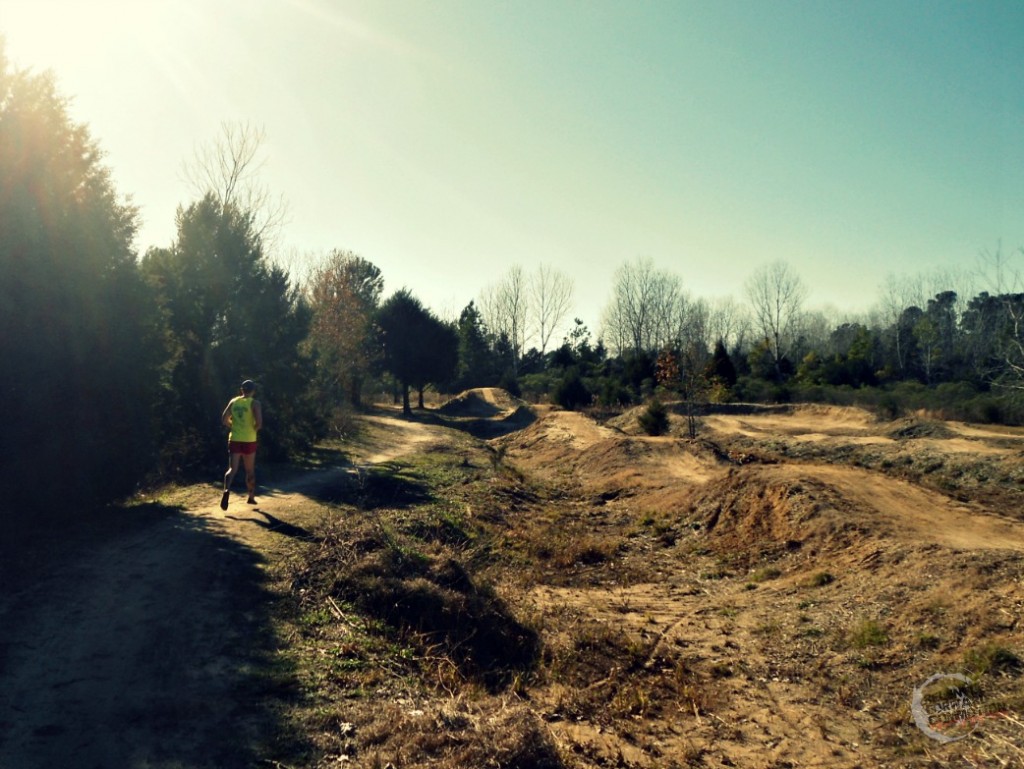 Runners in a cyclists world. Running parallel to the pump track. This photo has nothing to do with the above conversation about carbs.

But back to the Grand Canyon.  Sort of.

When you physically feel better, it creates a positive cycle in your life.  At least in my life.   Feeling better = wanting to do more to continue to make my body feel better.  And that includes both physical activity, nutrition, AND mental health.

You’d think this would be second nature for me.  But believe it or not, sometimes when you spend the day training people & writing about training people, you just want to sit on the couch at the end of the day, drink a glass of wine, and veg out.   I’m pretty sure most fitness professionals will tell you that they too have fallen into this slump at one point or another.

So, my life as of the past few weeks has consisted of:

– Cardio, of whatever variety I feel like doing that day.  Trail running, road running, or any of the various gym equipment.  This week I tried a LifeFitness “Summit Trainer” in which I climbed Mt. Kilimanjaro, or at least 30 minutes of it on level 11.  Whatever that means.   Somehow I managed to pull 31 miles out this week, which was a shocker to me.  Most of which was done either on my trail… 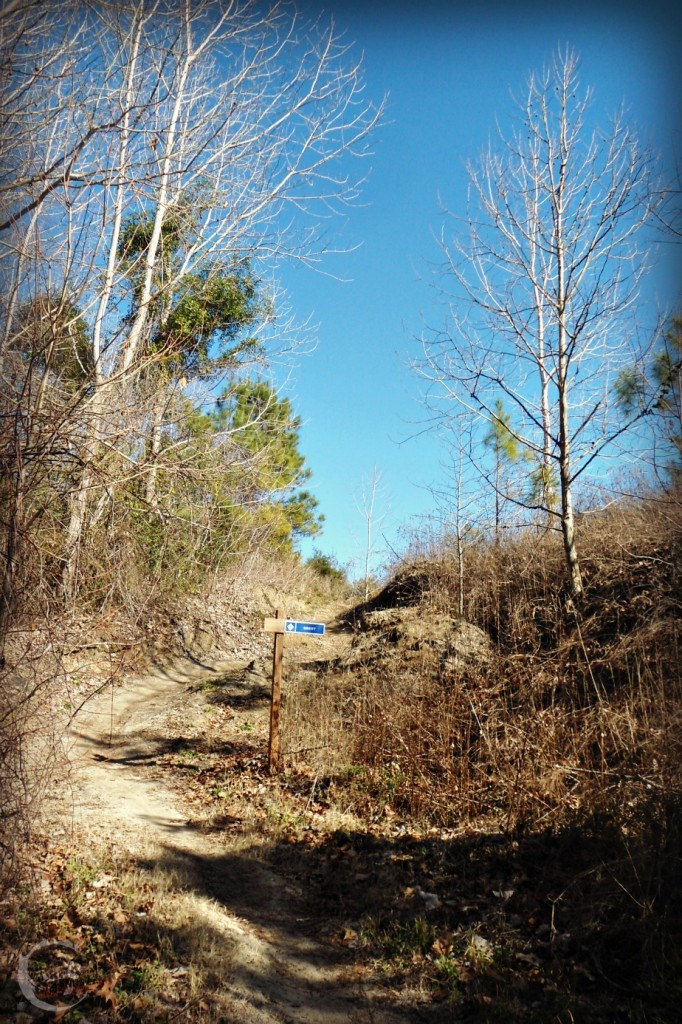 We do have hills here in Myrtle Beach, if you look hard enough for them…

…or on some sort of cardio machine mimicking crazy inclines.   For those following along, my mystery leg/foot injury is still lingering.  It doesn’t affect me day to day, but at the end of every run, my posterior tibial tendon and foot are screaming.

-Yoga.  Oh how I love to hate you.   In addition to my normal class (Les Mills Body Flow, I like it because it’s beginner friendly and holds my attention)  went to a Vinyasa class with an instructor/coworker I had never met before.  Her class ate me alive.  She had to physically hold me up while I attempted a half moon pose, which was equal parts hilarious, humbling, and embarrassing.  I also missed the cue to sit up at the end of class, and was laying on the floor in fetal position while everyone else was busy ending with their “Namaste”, but I digress.   New girl status. 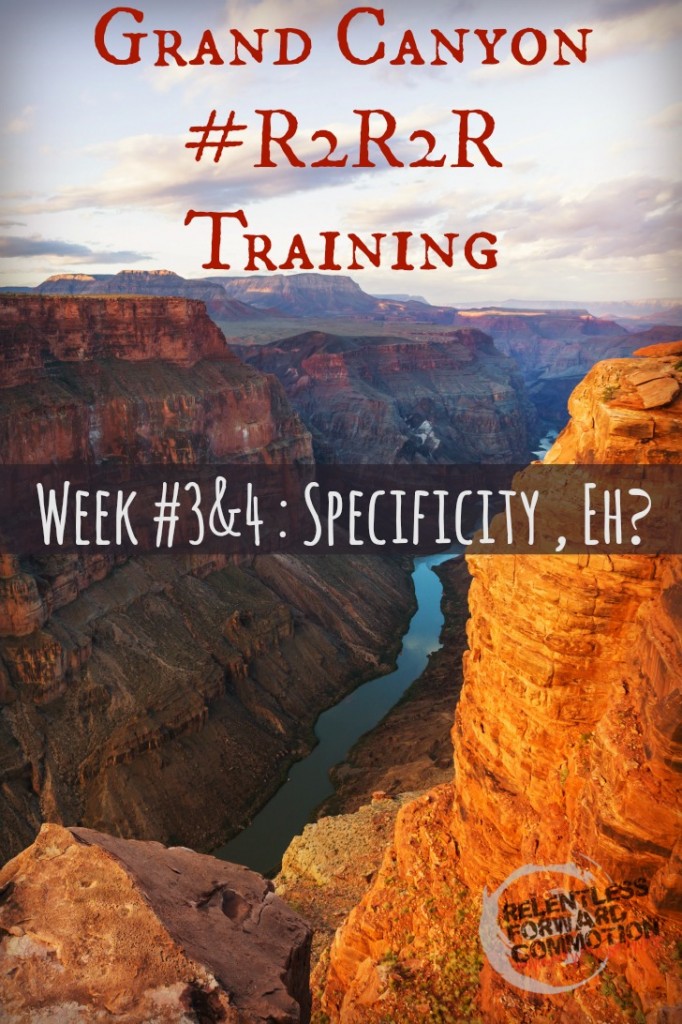 Still, none of this is being done with the intention of training specifically for the Grand Canyon.  I really need to get around to looking into how other people trained for this.    But the point of my rambling is that this month, I’ve felt really good about what I’ve been dong, even if it has nothing to do with training for this HUGE (seriously, look how BIG that hole in the ground is) adventure I have looming ahead of me.

And if we are being transparent, happiness is more important that anything else right now, especially when life is throwing a few emotional cannonballs (yes, cannonballs, not curveballs) my way.

There are times when suffering and sacrifice for the sake of a goal is absolutely worth it.  But there are other times when simply waking up in the morning feeling physically GOOD is more important for your mental health.   I’m a huge fan of specificity, but after years of slogging away at miles when I wasn’t really feeling it, I’m now also a fan of just being happy.

So that’s where I’m at.  Could I be doing better for the goal at hand?

Am I doing what’s best for me in this very moment?