(and a weekly training update, because I’m actually keeping track of this stuff for once.)

Saturday is my only day off.    But the joy of loving your job means you don’t mind spending your only day off in the exact same setting that you go to earn your paycheck.   In my case, the gym.

As any fitness nerd will confirm, stepping foot into a gym other than your own can be exciting.   Finding a new piece of equipment that you’ve never seen before, or one that you don’t have the opportunity to use often, can leave a gym nerd feeling giddy.   I shamelessly admit to being the epitome of this type of type of gym rat.

This past weekend, Geoff had to head South to Northampton MA to attend an AFFA personal training course.  (Note: don’t ever let your certifications expire without appropriate continuing education, etc, or you too will have to get recertified as our pal Geoff discovered. )  His course was being held at the Hampshire Regional YMCA.   Now, as anyone familiar with YMCA’s will tell you, the facilities are often hit or miss.  This is not to be taken as an insult, of course, for YMCA’s are a not for profit organization.  They do what they can.   But I have been in YMCA’s with equipment older than I am, and I’ve been in brand spanking new facilities with state of the art equipment, and of course everything in between.   When Geoff arrived home after his first full day of class, he confirmed that the Hampshire Regional YMCA was a combination of both: older facility (built in 1967) with less than one year old equipment.   And if I had no other plans, I should probably go spend the day there.

It was an easy sell, especially when I was reminded that there was a Trader Joes nearby (we don’t have such things here in Vermont).  Mmmmm fooooood. 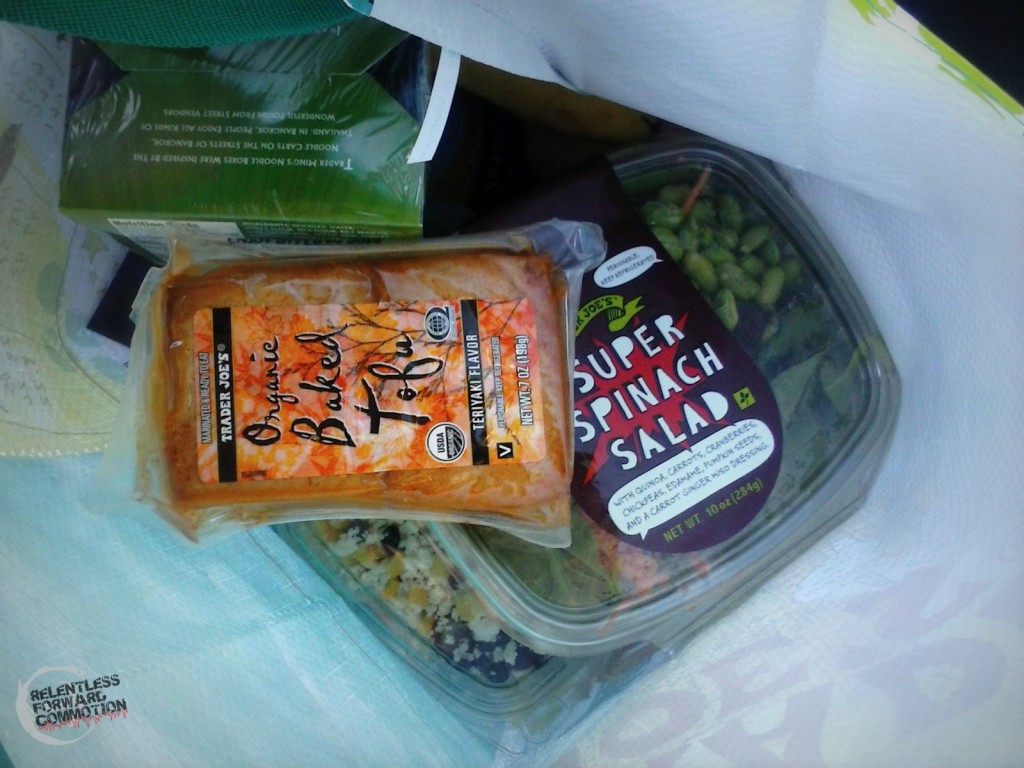 After dropping Geoff off, then heading out to pick up lunch from the infamous Trader Joes, I bravely battled for a parking spot in what is known as the Saturday morning madhouse of every YMCA, USA. Since it has been a few years since I worked at a Y myself, I completely forgot that Saturday mornings are jam packed with gymnastics lessons, swim meets, basketball games, and every parent trying to fight for 20 minutes of freedom on an elliptical while their kids are entertained by the Y staff.   Top that off with a “meet the personal trainers” session in the lobby, and needless to say it was utter insanity.  Good insanity of course, but chaos none the less.   Armed with two large gym bags full of “I’m not exactly sure what I’m here to do today, but I’ve got about 7 hours to kill” stuff, I acquired my day pass and made myself at home.

The equipment was everything Geoff had promised.  I walked into cardio room and could almost hear the fitness angels singing.  Seriously, everything was so shiny brand new it was actually quiet, despite the fact that almost every piece of equipment was occupied.  Don’t get me wrong, I love and adore my quaint little gym in Vermont.  And while the equipment still works just fine, some of it is likely old enough to have a valid drivers license.  New equipment is always a treat for me. 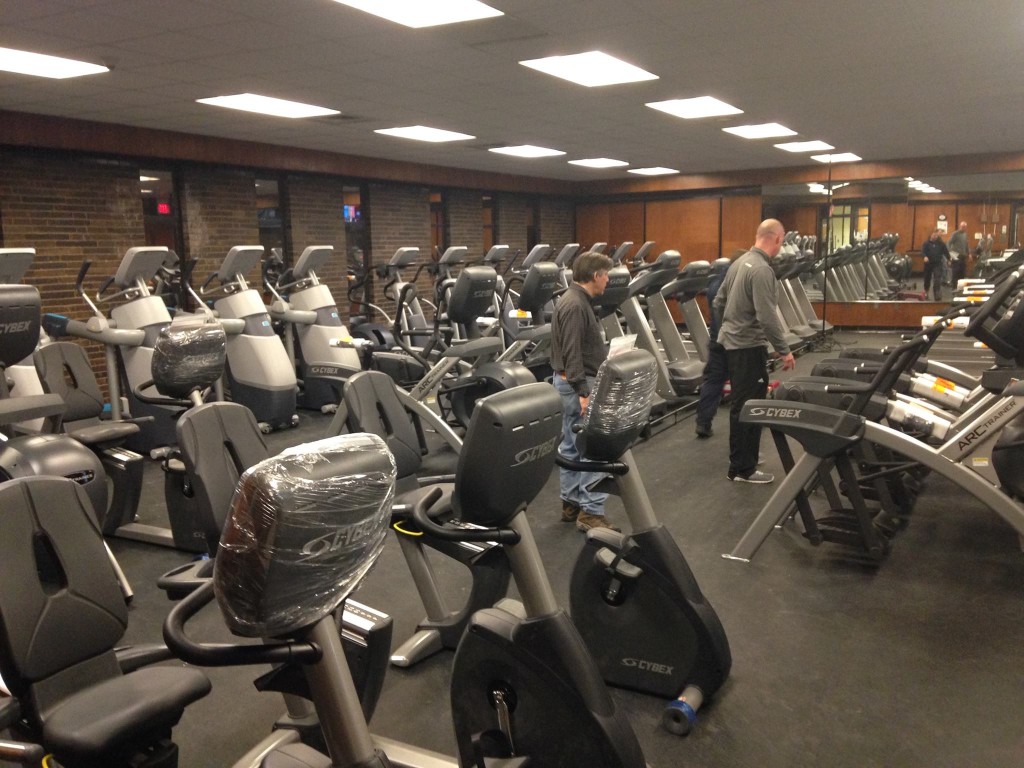 So, it wasn’t quite wrapped in plastic still, but it felt that new. photo credit: Hampshire Regional YMCA Facebook page.

My eyes immediately darted to the row of Precor AMT machines.  There was one open, and I practically dove at it, throwing my ipod, notebook, Trail Running magazine, water bottle, and other gym accoutrements at it as to temporarily claim stake on this piece of gym property.  The AMT, or Adaptive Motion Trainer, may be my favorite piece of cardio equipment EVER.   The “open stride” capability of the pedals allows you to do whatever you want.  It is essentially an elliptical, glider, and stair stepper all infused to one machine.  (Here’s a brief video).

I of course, choose to run.

Despite the fact that my ipod died a mere 20 minutes into my workout,  despite the fact that I couldn’t actually read my magazine because the motion was a little too bouncy (I have no idea how some of you can read and run at the same time), I was so happy to be on this fun piece of equipment that an hour passed in the blink of an eye.   It was at this point I decided to put in an hour on one of each machine (other than the recumbent bikes) because, why not, I had 7 hours to kill.  (For the record, it was something like 6 degrees outside.   I’m not hardcore nor badass enough to be running around outside in that weather.  I have no shame admitting that.)

Next up came the treadmill.   The belt was so wide!  The run so smooth! And a built in fan? I could run for days on this thing.  But a mere mile in, right when I was falling into the elusive, much sought after running “zone”, the treadmill stopped.  Apparently there is such a thing as “too many options” because somehow I managed to program a 1 mile workout.  Oops.   Restart, back to work.  I’m pretty sure the woman next to me was stifling laughter as I grumbled about these “fancy new fangled treadmills and all of their options”.   Two more miles completed almost on the nose when Geoff came to retrieve me for lunch.

In retrospect, I’m not sure a SouthWest salad with beans and spicy dressing was the best option for my gym marathon, but I took the risk none the less.  Surprisingly, it worked.

At this point, 24.3 miles, a couple thousand calories burned, and enough hours that the cardio room YMCA staff member was beginning to look at me funny, I decided to call it quits.  My feet were starting to hurt, and my excitement for new equipment dwindled as reality set back in and I realized over-doing it is still over-doing it, despite “no impact” cardio options.  My body was so happy and content in it’s zone 2 state that I felt like I could have run (ellipticaled, AMT’d, whatever) forever.  My aching soles reminded me that 3+ hours on your feet is still 3+ hours on your feet, and I wasn’t quite up to that kind of time/distance at the moment.   So I foam rolled, showered, ate, and nearly fell asleep on my laptop in the lobby waiting for Geoff’s class to finish.   Despite the fact that I didn’t run 24 miles, I had that familiar long run exhaustion. I loved it.  I look forward to doing it again. 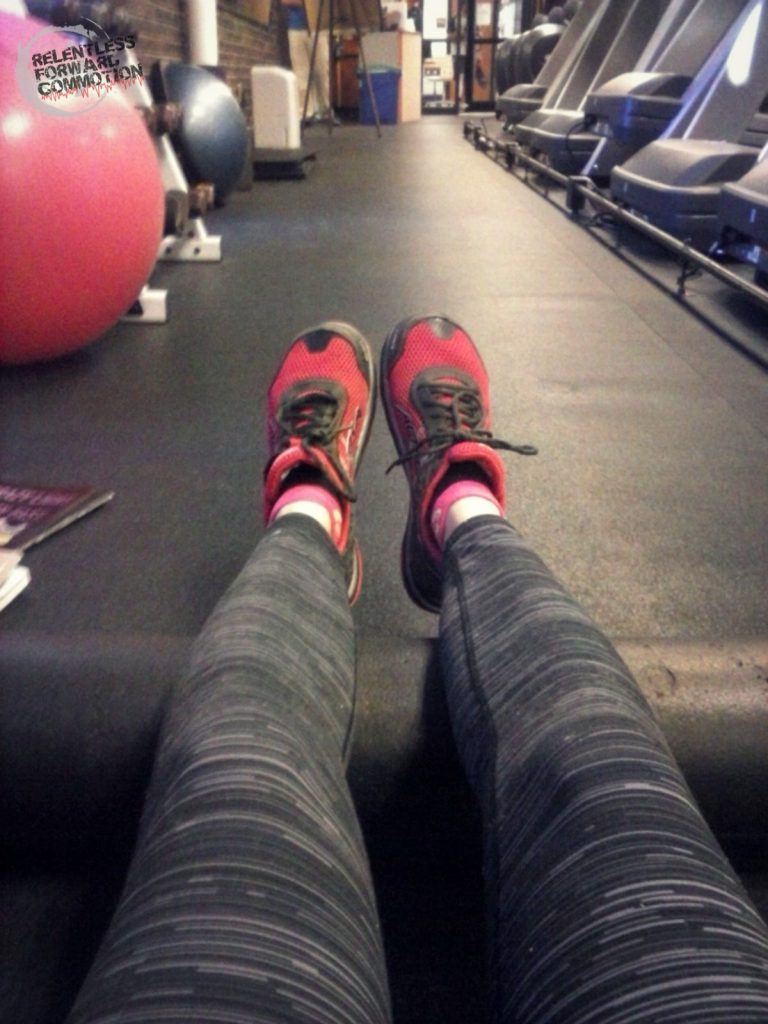 As soon as Geoff was finished,  we proceeded to head to a Japanese buffet in town where I ate back all of my calories and then some in tempura fried vegetables and mango/seaweed sushi rolls.

Gym stats for the week:

34,523 pounds lifted (still going light due to the hernia)

Hoping to up my running mileage this week, and remind my feet what it’s like to put in double digits again.  Because I refuse to believe this cold icy weather will last forever, and race season is just around the corner…

What’s the most ridiculous (i.e. long and likely unnecessary) session you’ve put in on gym cardio equipment?  I’m hoping to actually get back to training for distance this year, and might be forced to do a lot of human hamster wheel time.