I have many faults as a human being, as most of us do.  Perfection is not only highly uncommon, it is also highly overrated.  These shortcomings are part of the uniqueness that makes each of us exactly who we are.    I’d say one of my biggest  faults is that I often make poor decisions, be it important life choices or sporadic heat of the moment whims.   A few of those poor choices leave me feeling incredibly regretful, especially the bigger ones.  Regardless, once they have been made, they are turned into life lessons…learned the hard, crappy, remorseful way, but lessons learned none the less.  They teach us to swallow our pride, admit we were wrong, and force us to work hard to rectify said issue.

Related note: I absolutely loathe the term “pull up your big girl panties”.  One, it implies my undergarments are sagging, which they most certainly aren’t, I squat frequently to achieve a level of firm glutes that hold up my drawers quite nicely, thank you very much.   And two, I simply hate the word “panties”.

But I digress…the overly used and cliche term “pull up your big girl panties” (ugh) is exactly what some of those poor decisions teach us to do.

Then there are the “whims”.   Far more common in my world are these (usually) non-life-altering whims; the type of bad decision that makes your friends and family roll their eyes and/or shake their head in disbelief at you, but really causes no ill-will or harm to anyone or anything…other than occasionally myself.

Like that time I signed myself and Geoff up for a 50K on December 6th.

The Pond Loops Fat Ass 50K, put on by Dead Skunk racing to be exact.  But before your roll your eyes, shake your head, or simply stop reading this blog altogether because you think I’m a foolish and irresponsible runner, hear me out:   A “Fat Ass” is the endearing term bestowed by the ultra running community on what is essentially a glorified group run…but it’s not a “race”.  There are no entry fees, no aid stations, no awards, no t shirts, you get the idea. People come together for the love of running…and usually the love of running really ridiculous distances.  Surprisingly, Geoff only questioned my sanity momentarily after I informed him of my latest shenanigans,  before agreeing to run as well.  Proof that I have truly met my match. 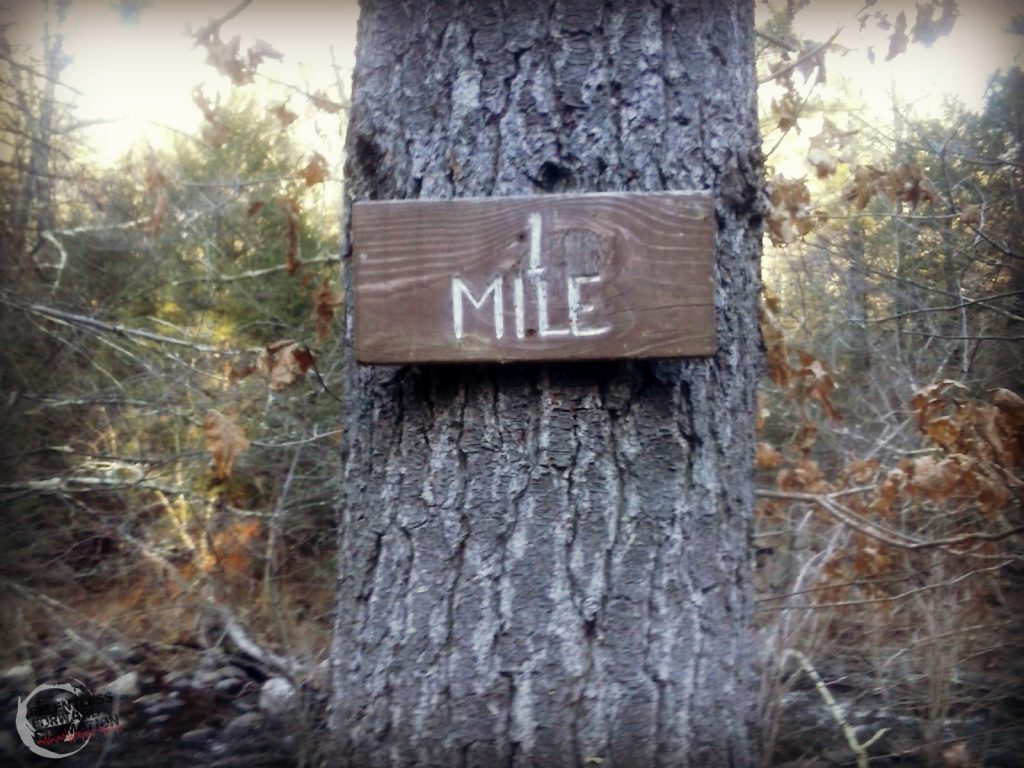 This particular Fat Ass consists of a 3.45 mile run out to a 2.8 mile loop.   Run the loop 9 times, and 3.45 miles back to the start, and voila, just over a 50K.   All of this means: I don’t have to run the whole thing.  It’s incredibly easy to back out at any time. It’s not a DNF if I don’t run all 50K, because it’s not a race. And let us be honest here, chances are very high that I’m not actually going to run all 50K.  If I have a good day, I have a good day, but for once, I’m not going to make any stupid decisions.   Well, any decisions worse than showing up to the starting line of a 50K that is.

So why would I sign up for a 50K that I’m not trained for and am likely not going to finish?

My ever changing fitness interests have recently see-sawed back to running.  No walls, no barbed wire crawls, no spear throws…just running.   Of course, this is probably mainly out of necessity, as the hernia has forced me to sit out most other activities.  But the semi forced return to *just* running has been a welcomed change; the monotony of endless miles surprisingly therapeutic. The miles are piling up and the endurance portion of my soul is happy. 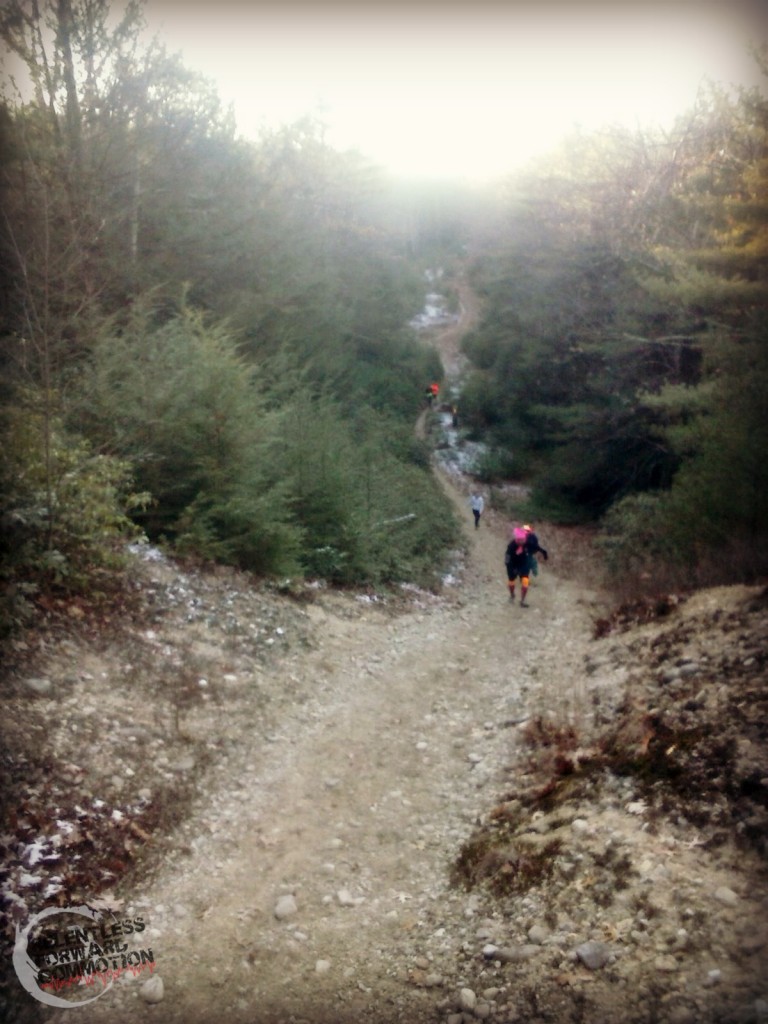 Put in a fun 4 mile trail run with some great friends this weekend.

Lastly, I wanted to join in on this event to help support the local endurance community.  The 50K was put together to help benefit the Chad Denning Memorial Fund. Tragically, Chad Denning, a beloved and seemingly invulnerable 39 year old endurance athlete and ultra-marathoner from New London, New Hampshire collapsed and died while running and hiking on the Appalachian Trail on Mt. Moosilauke on Sunday September 8, 2014.   While I never had the honor of meeting this man, many of my friends and fellow local runners have, and I could absolutely sense what a huge asset he was to the local endurance community, as well as how tragic his untimely death was.

After the 5oK we’ll be sticking around for a screening of “100: Head/Heart/Feet”, a documentary about one runner’s attempt at the Vermont 100.

Also, if nothing else goes right,  I heard a rumor that Harpoon Brewery is right down the street.  It goes without saying that a post __K (distance to be determined) pint will be had.    (Why don’t I own a “will run for beer” shirt?)

20 days to go.  This should be…entertaining.

Do you train for races (as you should) or wing it (not recommended)?