Back in the early days of my running obsession, another local runner from here in Myrtle Beach and I decided it would be a great idea to join the Marathon Maniacs club.  Nothing says “dedicated to running” like earning your way into a club that uses “maniac”  as its moniker.    In order to join this exclusive club, you had to run two full marathon on certified courses (i.e., actual races) within a 15 day time frame.  Naturally, we decided to use the Myrtle Beach Marathon as one of those races, but wondered what we could find relatively nearby for the second race.

This was the first time I had heard of Umstead.

Of course back then the 26.2  mile marathon was the only Umstead race I knew of; the much more infamous 100 miler was not yet on my radar.  Hell, 100 milers in general were as far off of my radar as a rocket ship ride to Mars, but I digress. The Umstead trail marathon was held exactly 14 days after the Myrtle Beach marathon, and only being 4 hours from Myrtle Beach, it seemed like a logical choice.

Never mind that pesky little detail that I had never run on a trail before.

It wasn’t ideal, and I would have much preferred a road race with a big shiny medal instead of a pint glass featuring a giant, ugly, tick (true story).  But it was convenient, so I registered.  I even put in a few half hearted trail attempts before race day.

On March 5, 2011, the trails of Umstead thoroughly kicked my ass over the course of  four hours, fifty four minutes, and forty three seconds, making me an official marathon maniac.  Maniac #3572 to be exact…and as you can tell by my MM profile, I never logged another race with them again.  Whoops. 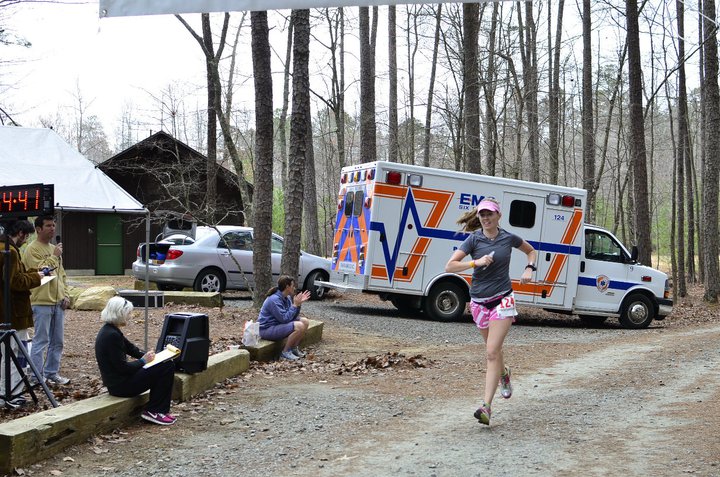 Though I declared my love for the trails around that time, it was all a farce.  I’m pretty sure I didn’t actually set foot on another trail for 8 months.

The Ashuelot & Cheshire Rail Trails, specifically the section between Swanzey and Keene NH, a place I never imagined I would have wound up at that point in my life, is where my love affair for spending time alone running through the woods truly began.  At first, it was simply because this stretch of runnable path was within running distance from my parents house.  Convenience was key, I had limited time frames when babysitters were available.  I took what I could get.

I would start on the paved section near the house, and head downtown.  If I had extra time for a few more miles, I’d continue on until the pavement ended and hit tiny stretches of dirt and gravel trail.    As the weeks passed, I found myself anxiously wishing the paved sections of trail would pass quickly until I would find myself on the outskirts of town, surrounded by nothing but trees and quiet. 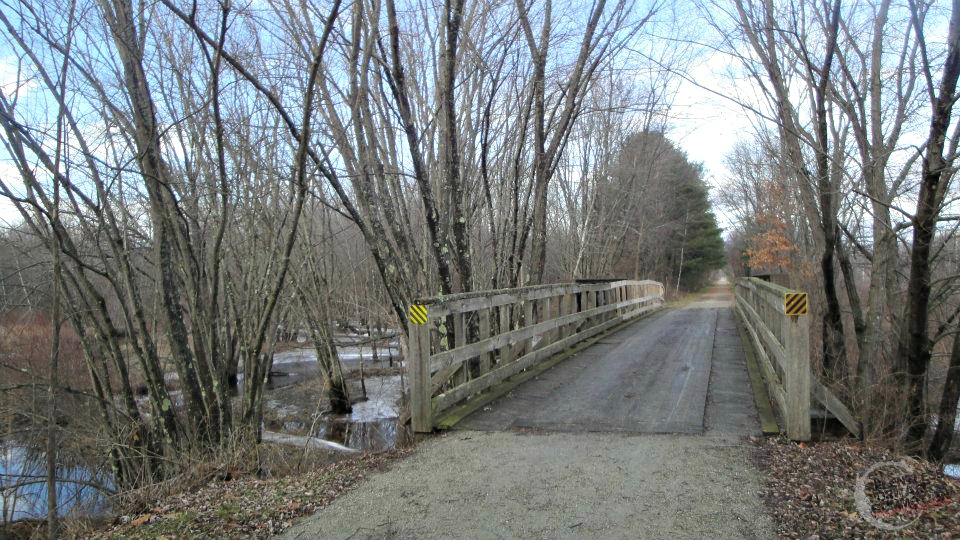 Around the same time I was re-introduced to the sport of hiking by a new friend, and found myself ascending Mt. Monadnock and the surrounding peaks on a regular basis.    Those climbs, without fail,  hurt.  My lungs would scream and my legs would ache as I would scramble as fast as I could to reach the summit.   Those ascents and subsequent decents always left me feeling beat up and exhausted, but I couldn’t get enough.   I found myself speeding out of town to Dublin, NH as often as I could to squeeze in a run up White Dot whenever possible. 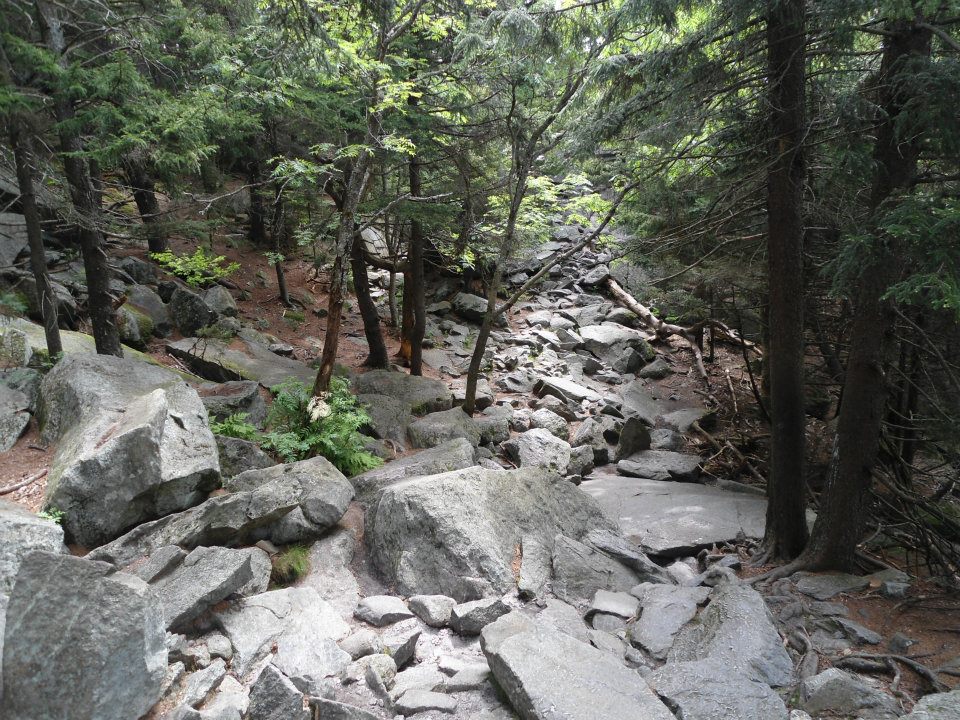 And despite the difficulty of those climbs and runs, I yearned for them. For once in my life I had found a physical pain was finally matching the emotional pain I was feeling on the inside.  Except this physical pain would pay off with incredible views, a sense of accomplishment, and a reminder that I can overcome a lot more than I gave myself credit for.  The enormity of the mountains, the vastness of the wilderness, and the beauty of it all reminded me that my problems were very small in the grand scheme of things.

I know it sounds painfully cliché, but out there on those mountains and trails, my soul began to heal. 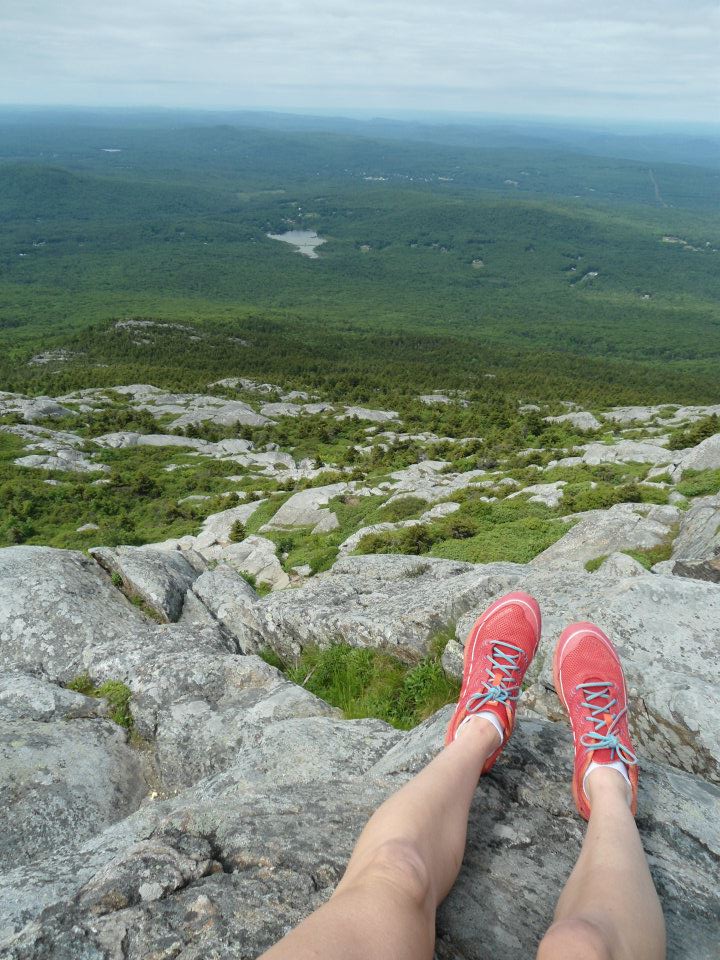 View from the top.

Over time, the therapy of trails would develop into something so much more.  On the trails, I was home.  The dirt, the trees, the uncertainty of what lay ahead, the challenge, it all became an integral part of who I was.  I no longer ran for PR’s or medals or mile splits.  I ran because something deep down in my very being felt that this was what I was supposed to do.  A primal feeling, perhaps.  Out there, for the first time in my life, I was truly free.

I was thirty when I first fell in love.