Seven and a half years.

That’s how long I’ve been blathering on about running, kids, and life in general in this tiny website of mine.  Sometimes I feel this blog is akin to a journal or diary started in high school.  All of these years later, I go back and read some of the stuff I wrote and shake my head at my silly, and sometimes slightly embarrassing, former self.  But unlike a diary with a lock and key that can be tucked away in a box in the attic…my posts are internet-public for the world to read.   Hindsight, I guess. 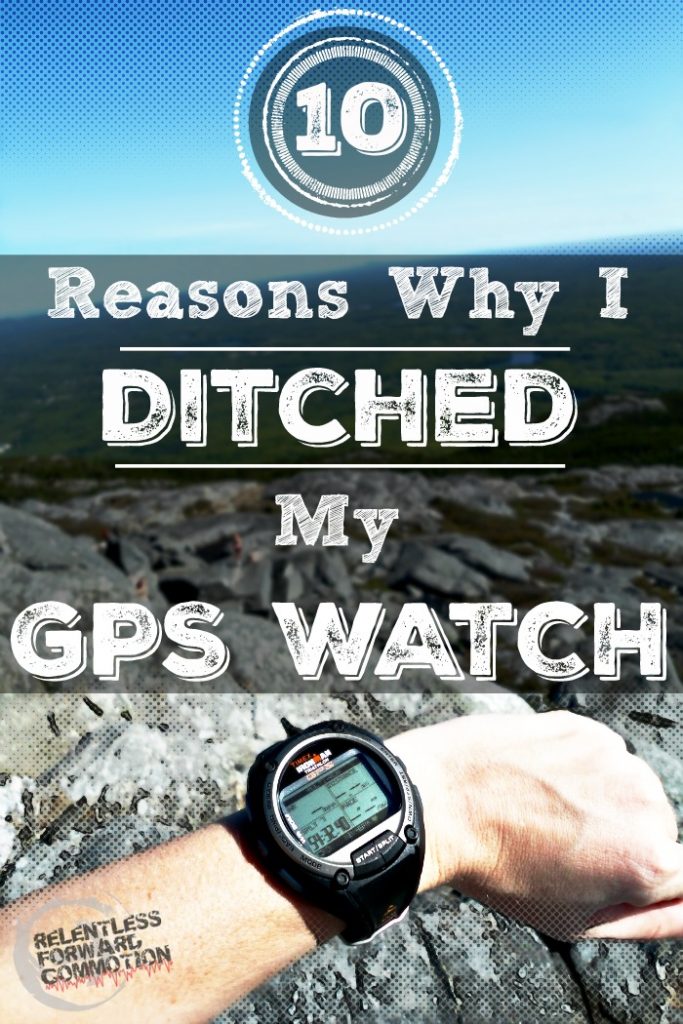 If you were to go back in Run Faster Mommy/Relentless Forward Commotion time (don’t do it though…I really encourage you not to) you’d discover that at one point many years ago, I was OBSESSED with my GPS watch.  “Coach Garmin”, I called him.  I would live or die (as far as running is concerned) by the numbers on that damn thing.    And I was seemingly always going too slow.  Or too fast. Or my heartrate would be too high.  Or too low.  Or I’d be at 4.86 miles and have to run around my cul-de-sac 7 times like a crazy woman, in order for Coach Garmin to beep at exactly 5 miles.  And then I’d dutifully upload the stats to Dailymile.com (back before Strava was where the cool kids hung out) and make some excuse as to why the numbers weren’t what I wanted them to be.

It sucked the joy out of running.

But I did it, because that’s just what you did if you ever wanted to get faster, set PR’s, qualify for things like the Boston marathon, or make your coach happy (a real one, not the watch).  And in the beginning, I naively thought that was all that mattered anyway.

Cue shaking my head at my silly and slightly embarrassing former self.

I no longer run with a GPS 90% of the time. It wasn’t necessarily a conscious effort to ditch my GPS at first, but over time it did slowly become a purposeful habit.  These days? I don’t miss “Coach Garmin” or any of his successors.  And here’s why:

1) I don’t have to get frustrated when it’s time to go for a run, and I realize the GPS isn’t charged.   Related: I don’t have to pace around and delay my run for 10 minutes, hoping ten minutes is enough time to get enough of a charge to turn the watch on.

2) I don’t have to worry about “finding a signal”.  Who hasn’t had to pace around the parking lot or trail head with your arm held up to the sky, saying to your running partners “Hold on guys…I swear it will only be a second…why isn’t this stupid thing picking up a signal? Do you guys have a signal? WHY WON’T YOU PICK UP A SIGNAL, USELESS WATCH!!”   You know what I’m talking about.

3) I get to look around at the beautiful scenery uninterrupted, instead of looking down at my wrist every 30 seconds, wondering things like, but not limited to:

4) Trail running is relative.  And by that, I don’t mean an estranged back woods cousin of road running (though it could be).  But instead I mean a 5K loop on a relatively flat, tame, wide dirt trail simply cannot be compared to a 5K loop on a super technical trail with extreme elevation, technical footing, and rocks that are just dying to trip you and cut your knees open.   You’re not going to run the same pace on both, and it’s going to drive you absolutely crazy if you try to do so. 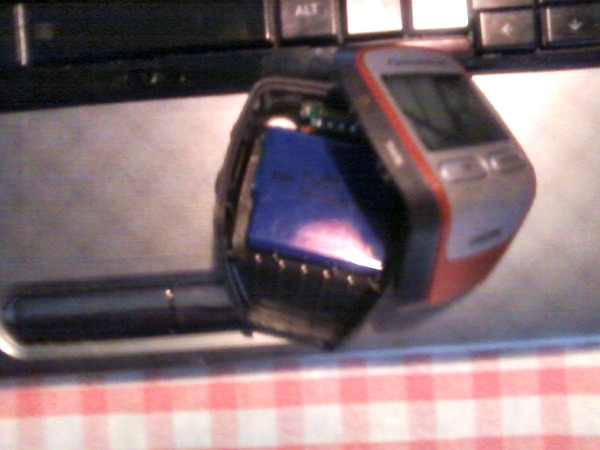 Excuse the blurry photo, but this happened once. Went to take the Garmin off of its charger, and the whole thing split in half.

7) I’ve learned to listen to my body.  Ah yes, the elusive “listen to your body”, something we all preach but so few of us actually do.   I think so many have become slaves to the numbers, that they actually allow the numbers to frighten them.   For example: you’re running hard…really hard.  You look down at the GPS and see a pace per mile that is WAY faster than you deem yourself capable of for longer distances, so you slow down.   “Too fast,” you’ll tell yourself. “I can’t maintain this pace for long, it’s going to ruin my run!”  But when you DON’T  have the GPS to tell you how fast you are going, you push until you can’t push anymore, regardless of pace.

Alternatively: some days my body just isn’t feeling a run.  My stomach hurts, my legs feel like cement blocks, maybe I have the start of a headache.  I want to run slow, and damnit, my body deserves that respect and rest.  But when that GPS watch is on my wrist, I have a limit on my “slow”.  You know, OK you can run slow, but not THAT slow.  It’s a silly mind game.  Now I just let my legs do what they want, when they want.

8)  No guilt trips or comparison traps.  We’ve all heard or seen a fellow runner vent in person or on the internet something along the lines of “I felt like I was having a really great run, but then I saw my average pace was only X:xx, I’m so disappointed in myself, why am I not getting faster?”.  Or maybe you were that runner. I know I’ve said it before, I am absolutely guilty of not enjoying an amazing run because it was “not fast enough”.

I’ve also spent far too much time scouring other peoples GPS stats, wondering how they could be faster than me.   That’s right, I’ve gotten legitimately upset because I, a non elite runner, was not as fast as another non elite runner.  Because in the grand scheme of life these things matter, after all.  (No, they actually don’t.)

Now I don’t care either way, because I have no idea how fast I’m going.

9) No watch tan lines.  Just kidding, this doesn’t bother me anyway.  But “10” things sounded better than “9” things so I needed a filler.

I’m sure some of you read this list and thought to yourself  “whatever, I’m a serious runner, I love my GPS, I want to get better/faster/stronger and I need my numbers to do it.”  And if that is the case, more power to you.  Further, I don’t disagree with that reasoning. When you truly are striving for a time goal, having data at your finger tips about your pace, heart rate, etc., as well as using a GPS as a tool to hit specific paces, can make a big difference in your training.

But I’m willing to bet that there are just as many of you that read this and thought “YES! I hate how frustrating those numbers can be!” and if that is the case, I encourage you to ditch your GPS.  At least some of the time.

Related: The Pros and Cons of GPS Watches

I have found that one of the first things many new runners do is go out and buy a new pair of sneakers, followed closely by a GPS watch, then they become a slave to the numbers on the watch, before truly learning to LOVE running.   I’ve also found many experienced runners who have spent years pouring over their GPS data become burnt out, and find themselves forgetting why they fell in love with running in the first place.

I think I am a combination of both.

For me, not having the stress and pressure of paces and distances looming over my head (or on my wrist, as it may be) has allowed me to relax, and let my running progress naturally.  It has allowed me to find joy in much longer distances, as well as push my capabilities without having the fear of specific numbers.

Has ditching my GPS made me a faster runner?  No, I don’t think so.  But I’m not sure since I don’t know what my pace is, haha.  But ditching my GPS has made me a HAPPIER runner, and for me, that’s all that matters.