“As most of you know, if left to my own devices, I’ll quit when no one is looking, then saunter back to the tent, sit down, and tell you I’ve quit, after my timing chip has already been handed in.  Don’t turn your back on me, I’m not trustworthy.” 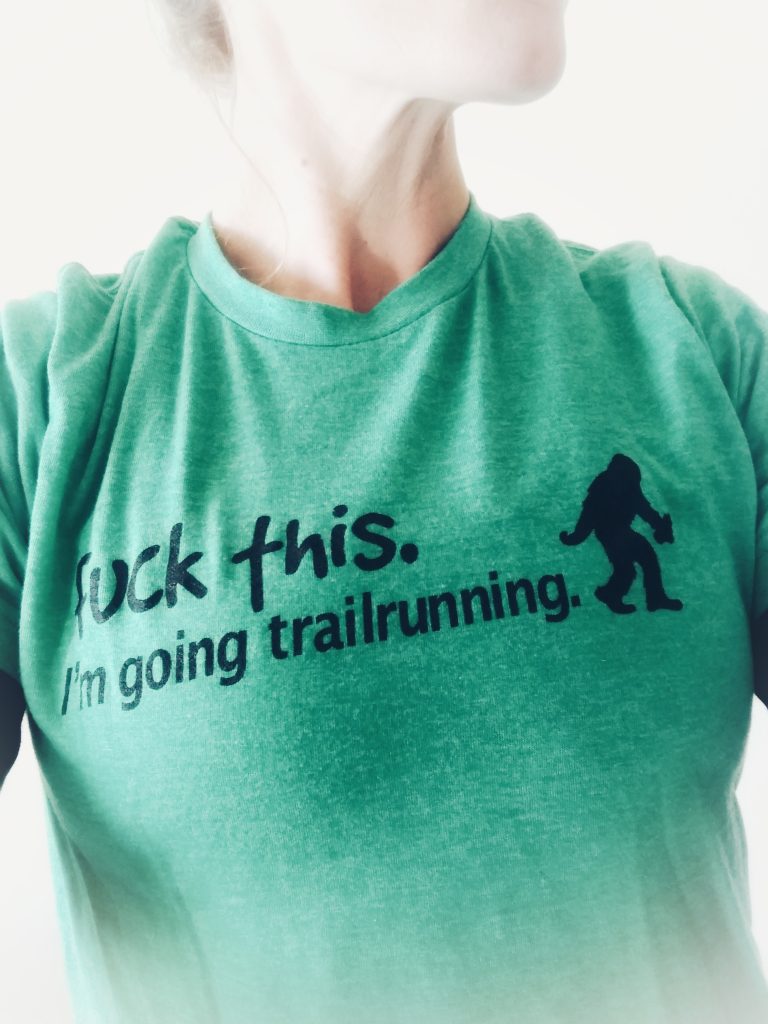 There are a number of things that frustrate me about the fitness industry, some of which cause my own insecurities to fester from time to time.   Note, I said my own insecurities, I’m not trying to place blame on anyone but myself.  But for the sake of this blog post, lets list them anyway: The fact that low body fat and huge muscles (and boobs, lets be real) often give more credibility than experience, education, and certifications.  The fact that my stretchy mom skin covered stomach will never be 6-pack Instagram worthy, which often dictates success in this social media driven world.  The fact that I refuse to count calories or macros, for fear that it will lead to disordered eating with my already addictive personality.   And lastly, the fact that my mental toughness is not “beast mode” 24/7, as it is for so many other “pros”.   Which, I’ll admit, is the exact reason why I hesitated to publish this blog post about 437 times.  Weakness is a choice, or so says the tank top I wear to the gym some times.  I , as someone others look up to for guidance and motivation in the fitness world, am not supposed to be anything but 100% driven.

The truth is this: I’m soft.  Physically and emotionally, and if we’re still being honest, MOST OF THE TIME, I don’t care.   I love me.  I’m confident in my abilities as a fitness professional and running coach.

But in the case of running – and failing -100 milers, I’m getting pretty sick of my own shit. 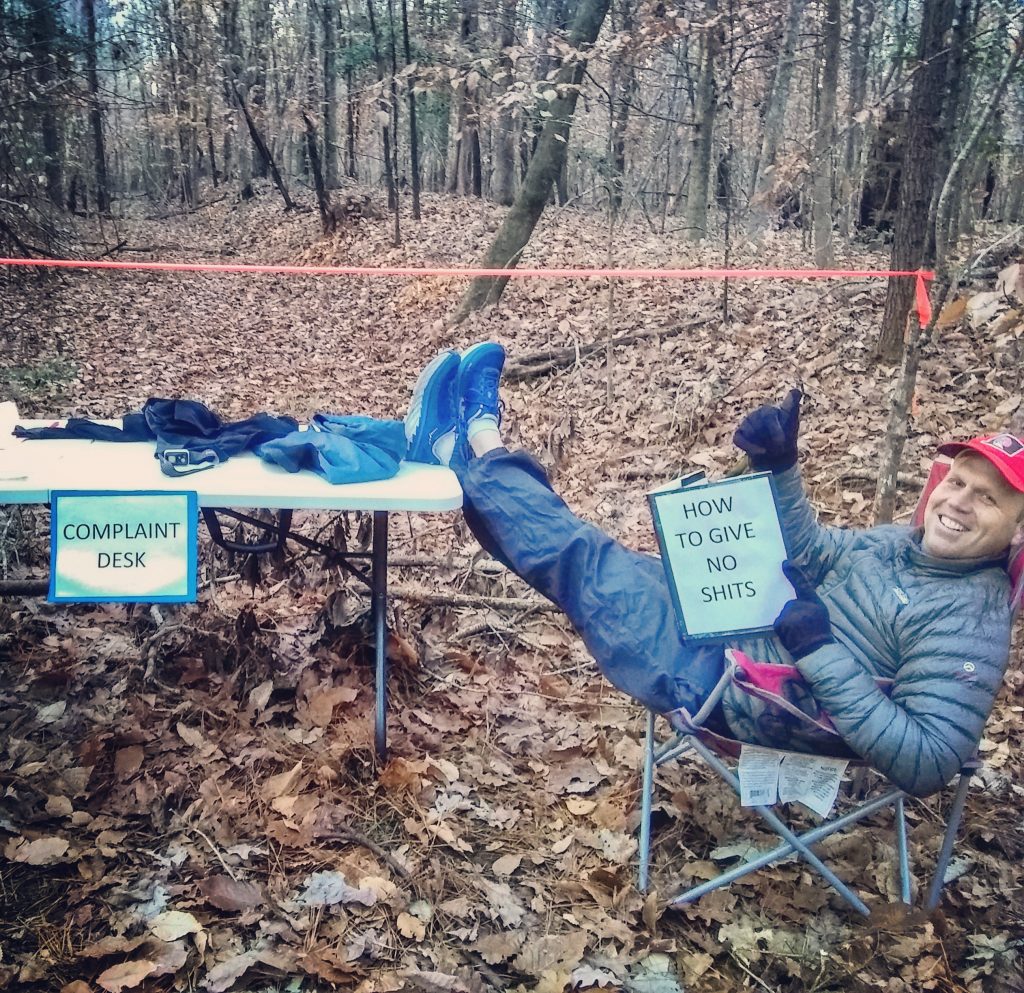 You see, I can muddle through discomfort, more than the average person.  Hell, I wouldn’t be an ultra runner if I couldn’t.  This sport is truly for the sadistic, for those seeking something bigger than words can describe from pushing beyond their preconceived physical and mental limits.  But when it comes to those epic lows, the ones that throw you deeper into the suffering abyss than you can even begin to fathom when you aren’t in the midst of it (and the  lows that in my case are likely only made worse by plummeting blood sugar levels)… 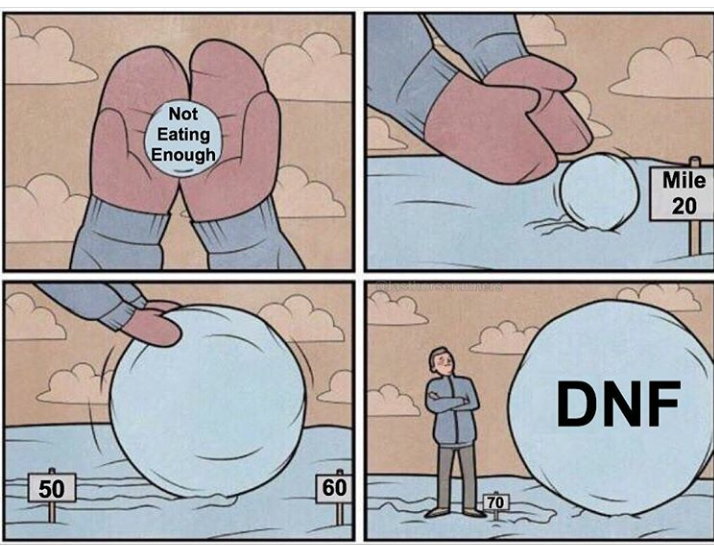 Which brings us back to the fitness industry: as a running coach, one that specializes in helping runners cross that threshold into ultra territory, not being able to suck it up and push through when things REALLY get tough leaves me sometimes feeling like an imposter.

Believe me, I know how ridiculous this sounds. 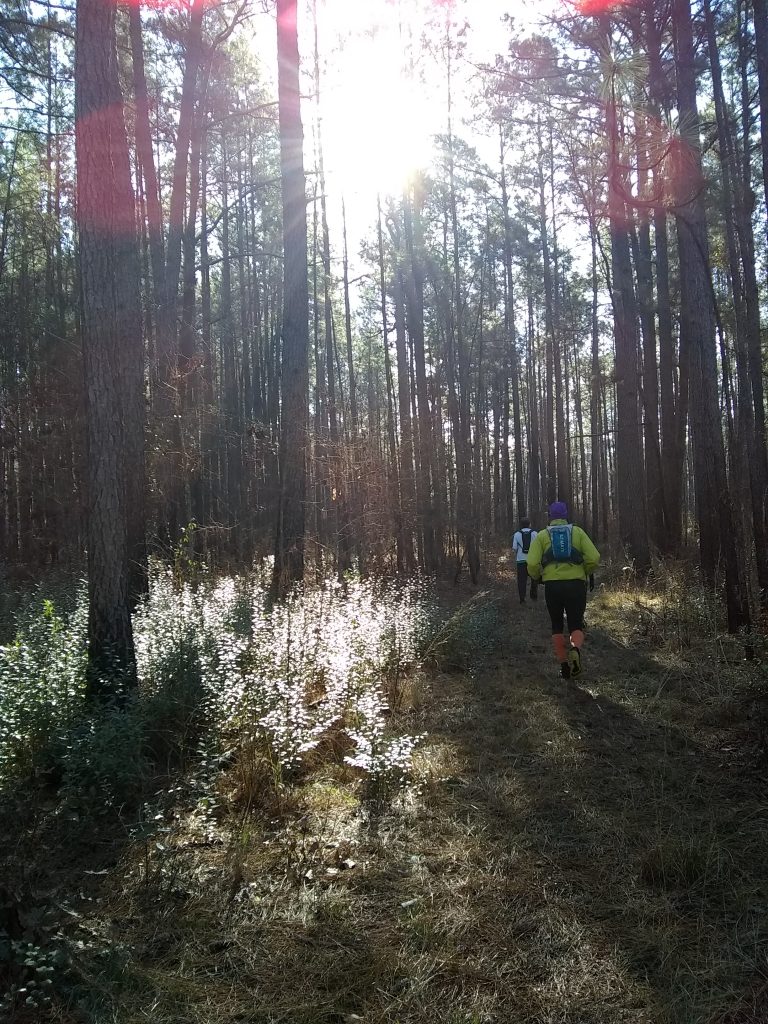 But here’s the brutal truth:  I’m days away from another starting line, and even though I’m probably better conditioned, physically, than I’ve ever been for an ultramarathon, I’m terrified I won’t see the finish line.  And it’s not so much that I’m scared of the discomfort, of the exhaustion, of the cold, and let’s be real, of the actual searing pain that often comes with miles 62 and beyond…

I’m scared I’m going to quit again.  I’m scared of my own head.  Of not being able to tell myself to shut up and keep moving forward, but rather that I’ll cave to the “if it’s not fun, why do it?” mindset that I’m such a fan of.   I’m scared that I’ll come up with a million more reasons why I have “nothing to prove” and that maybe “100 milers aren’t for me” and everything else you’ve heard me spout off after every single DNF to justify my decision to quit.   Only to find myself a week later full of regret, because for reasons still unbeknownst to me, I have an obsession with achieving these triple digit distances.  And to remember that I do have something to prove – to myself.

I share this to be completely transparent about ALL the aspects of ultra running.  Yeah, I’m a little crazy.  But I’m pretty sure we all are. 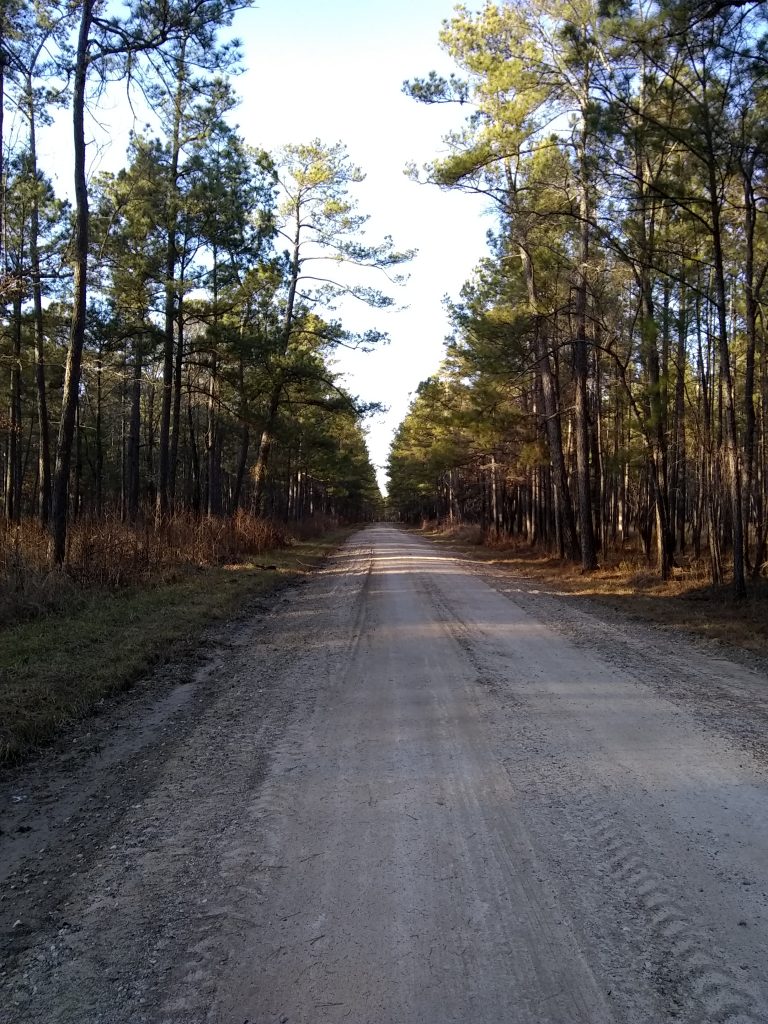 Two years ago while I was running the Hallucination 24 hour race, my friend Felicia struck up conversation with none other than Gary Cantrell, aka “Lazarus Lake” of Barkley Marathons fame, who was manning the aid station at 1:00 am.  She told him that she was getting ready to go pace me, to which he replied something along the lines of “Don’t pace her.  Make her do this on her own.”   Of course, Fe did pace me, and told me what Laz said.  For whatever reason, that has always stuck with me.  Making me feel like I SHOULD be able to do this on my own, because after all, I’m doing this for no one but myself. 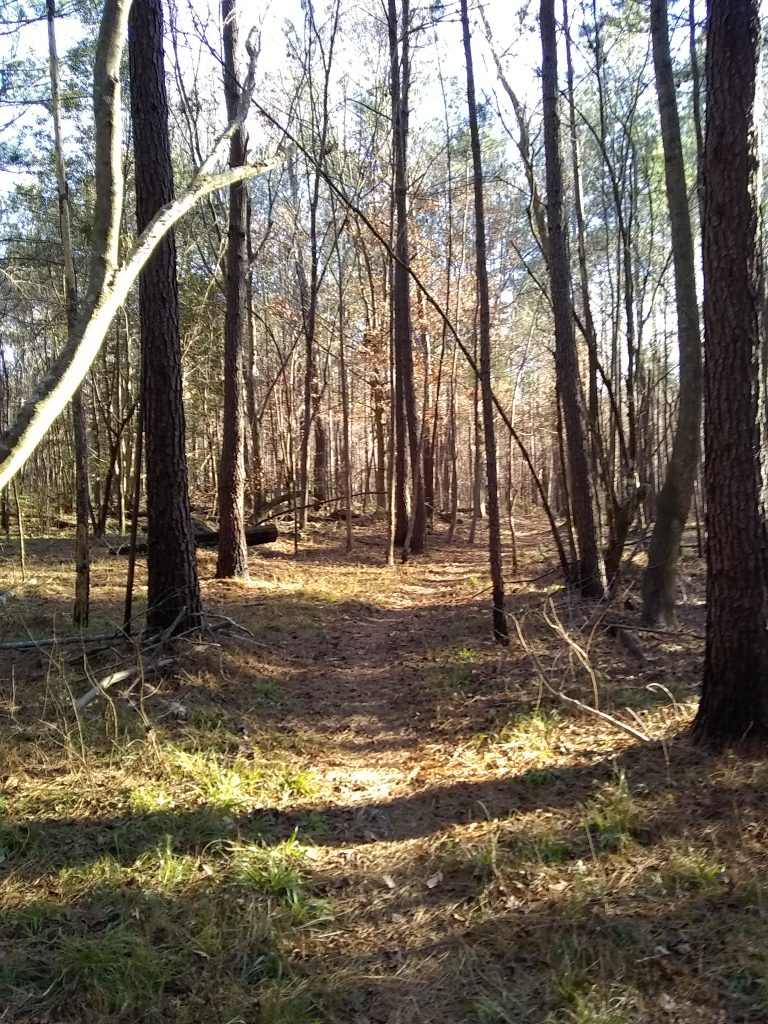 This time, however, I’ve decided to take a different approach.  In a message to my crew for the race this weekend, I wrote: “As most of you know, if left to my own devices, I’ll quit when no one is looking, then saunter back to the tent, sit down, and tell you I’ve quit, after my timing chip has already been handed in.  Don’t turn your back on me, I’m not trustworthy.  Please don’t let me quit.”

I’ve got a different approach this time around.  A different plan of attack.  And  as you may have gathered by now, a completely different mindset, and probably not the most positive one.  Everything is more conservative, including my confidence.

p.s. I entered the Vermont 100 lottery. I need to have a recent sub 30 hour 100 miler to qualify. So you know, I just doubled the pressure on myself, no big deal.