Due to the nature of – well – my life, I spend a decent amount of time on either the treadmill or the stair climber.  I’m not ashamed, I no longer refer to them as “dreadmills” or any of that garbage, they are simply tools in my training arsenal.  That said, there’s no denying that they can be a bit monotonous, so I pass the time by watching YouTube documentaries and films, typically about other people running in more scenic areas.  Go figure.

The other day I stumbled upon a video that frustrated me so much, I turned it off a mere 5 minutes into the 22 minute film.   In short, the (sponsored, elite) runner they were filming kept saying over and over again, something to the effect of “there’s always enough time to train”  and “not having enough time isn’t a valid excuse” as it showed him running down trails on a picturesque mountain side, decked out in head to toe gear from his running shoe sponsor.

I’ve really tried to shy away from “open letters” and bitching about things out of my control, but I’m going to do it anyway.  So here goes: I hate the “there’s always enough time” mindset. 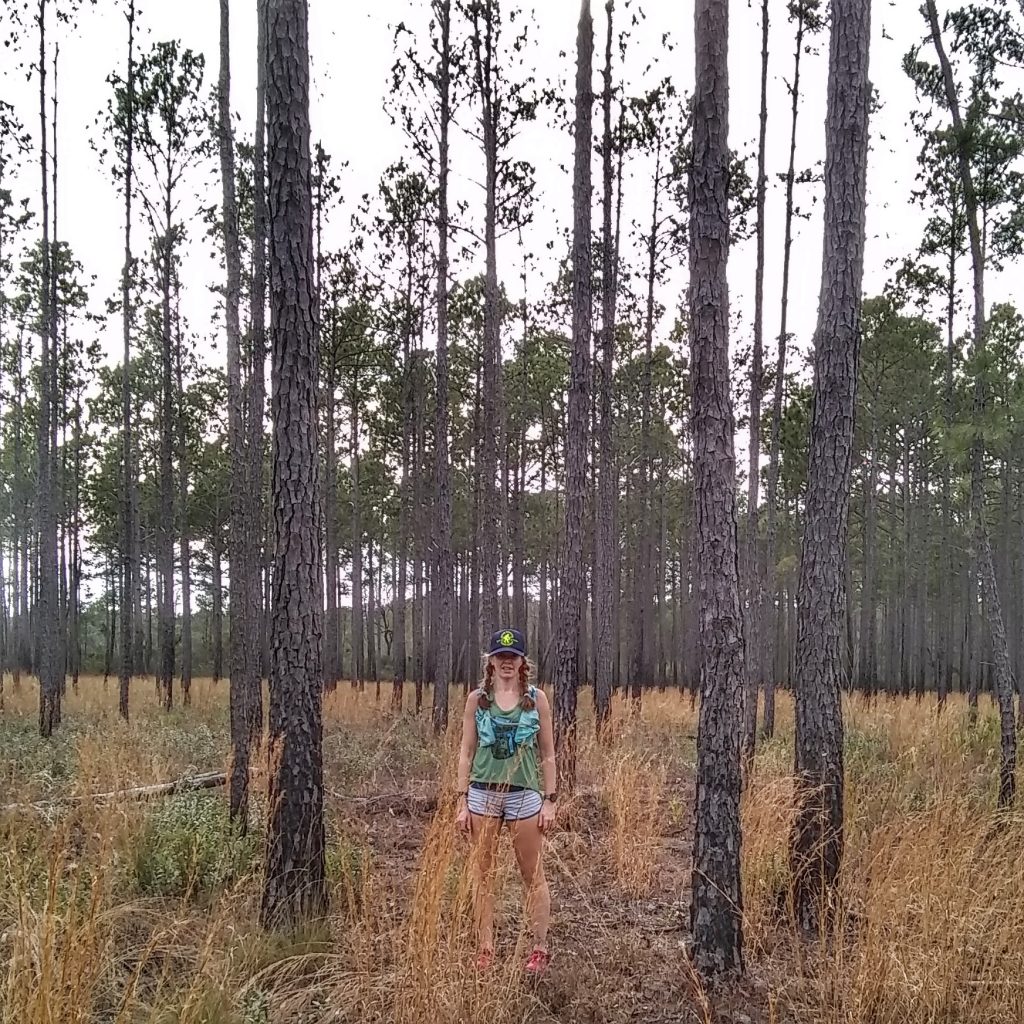 Here I go. Ready to rant.

Which I’m sure surprises you, because I am a running coach who is constantly reminding clients that if they want to be successful in pursuing their goals, they have to make training a priority.   I’m also the coach who is the first to remind them that on the list of important “life” priorities…life isn’t going to always allow training to be one of them.

But let me get on with this rant.

Recently I’ve seen a ton of articles as well as forums discussing why the number of women participants in ultra marathons pales in comparison to the number of males, and what “we” can collectively do to “encourage” more females.   Suggestions range from “feminine products at aid stations” (seriously?) to weighted lottery assignments (again, not really helpful).

As a coach to mainly women, many of whom happen to be mothers, I’m going to tell you what’s preventing women from participating in longer distance ultras: time.

As in: there isn’t enough of it. 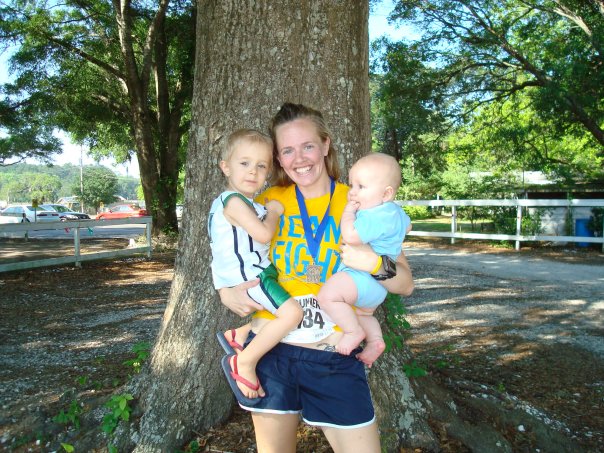 Flashback! During those days, I was averaging 4 hours of sleep a night, and maybe 10 miles a week of running, if I was lucky (on both counts)

Now hear me out before you start with the “clearly you don’t know anything about discipline” rants in the comments section below.   The truth is, moms sacrifice themselves for their family.   I’m not here to argue whether that’s a good thing or a bad thing, or what society as a whole can do to rectify it.  I’m just here to tell you that this is the simple truth.  It’s been this way since the beginning of time, across all forms of life.  Polar bear moms will spend four to eight months in a den nursing their newborns, while never eating or drinking a drop for themselves during that time.   Dolphins don’t sleep for an entire month after giving birth, so they can protect their young.   Human moms will put their needs at the bottom of the totem pole to make sure their family is happy, healthy, and safe, whether it’s the literal shirt off their back or the food off of their plate.

Sometimes, trying to find the time to put away the laundry is a challenge, never mind trying to train for a 100 miler. 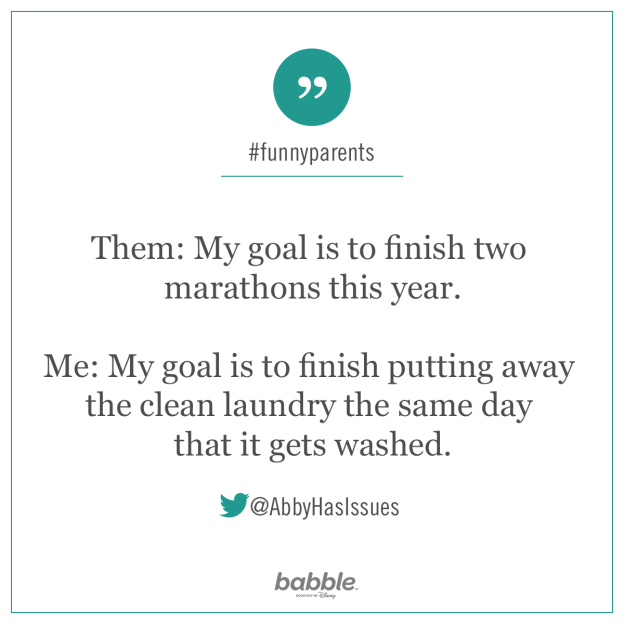 So if you want to know “why don’t we see more women in ultras?” , I’m here to tell you it’s because they are too damn busy doing EVERYTHING else while their families are young, because that’s just what moms do.

But let’s bring this to a wider focus.  Dads, as well as non parents, often struggle to balance already full plates in a society that deems “busy” as a symbol of success.  So what grinds my gears is when someone tells someone else that “not having time isn’t an excuse”, because for the people who are trying like hell to squeeze just an extra 20 minutes out of their chaotic day, that kind of “encouragement” leaves them feeling like failures.

And often, they simply quit.

It hurts my heart to have people come to me feeling like failures, or falling out of love with a sport that once brought them so much joy, because they feel like they can’t keep up.  Running should always bring us joy, and never be a huge stressor.

Now, for those of you who have been around since the beginning of this blog, I feel I need to put in an admission of truth / disclaimer. There was a time, a decade ago, when I first started running and figured “well I can pull it off with two babies, a job, and going to school full time, what’s your excuse?” bullshit.  The truth is, I WAS struggling to make it all happen. And my attitude wasn’t just unhealthy, simply put, just made me an asshole.

Today, ten years later, and working as a coach to people who have huge dreams, and usually also a huge load of “life’s responsibilities” on their plate, I realize how that “not having time isn’t an excuse” attitude is not at all helpful, it’s actually hindering.

So instead of berating you with a list of reasons why you can “always find the time” , I’d like to provide a set of realities, for the average joe/jane runner, just trying to keep their head above water, and maybe accomplish a badass goal they’ve set for themselves:

I mean it.  I’ve never once met an athlete who has hit 100% of their workouts over an entire training cycle exactly as planned.  I’m sure they exist, I’ve just never met one.  You will miss a workout, I can almost guarantee it.  You will mess up a workout.  It’s going to happen…but guess what?  It’s not going to ruin your training.  Once you accept this fact, you will allow yourself to let go of any feelings of guilt, frustration, or failure that may accompany a missed workout, or even a string of missed workouts.

In the past I’ve had clients and friends who were convinced that hitting the exact number of miles on their training plan was the secret key to success. Therefore if they didn’t hit the exact number prescribed for a given workout, they’d try to make them up somewhere – later in the day, tacked on to another workout, etc.  I’m here to tell you: that’s not how it works.   Consistency with your training matters far more than the difference between a 10 mile long run or a 13 mile long run.  Quality and types of workouts matter far more than a specific number of miles.

Now, don’t get me wrong: you can’t train for a 100 miler by cutting all of your long runs short.   But the idea is that consistent, quality workouts will get you to the finish line rather than an arbitrary number of junk miles all run at the same pace/effort just to say that you did them.

In other words: give yourself some grace if you fell short by a few miles – or even a workout – this week.

Often I’ll get an almost apologetic note from one of my clients, saying something like “I’m sorry, I’m really trying, but I just can’t make my Saturday runs happen. I need family time. Is it possible to do these on another day?”   Not only is this “allowed” and nothing to be apologetic about, it’s ENCOURAGED.   At some point in the history of running, someone determined that Saturdays should be long run days, and filled in the rest of the week accordingly.  Well guess what?  It doesn’t have to be that way.   Find what schedule works with YOUR life, and don’t feel the need to apologize. 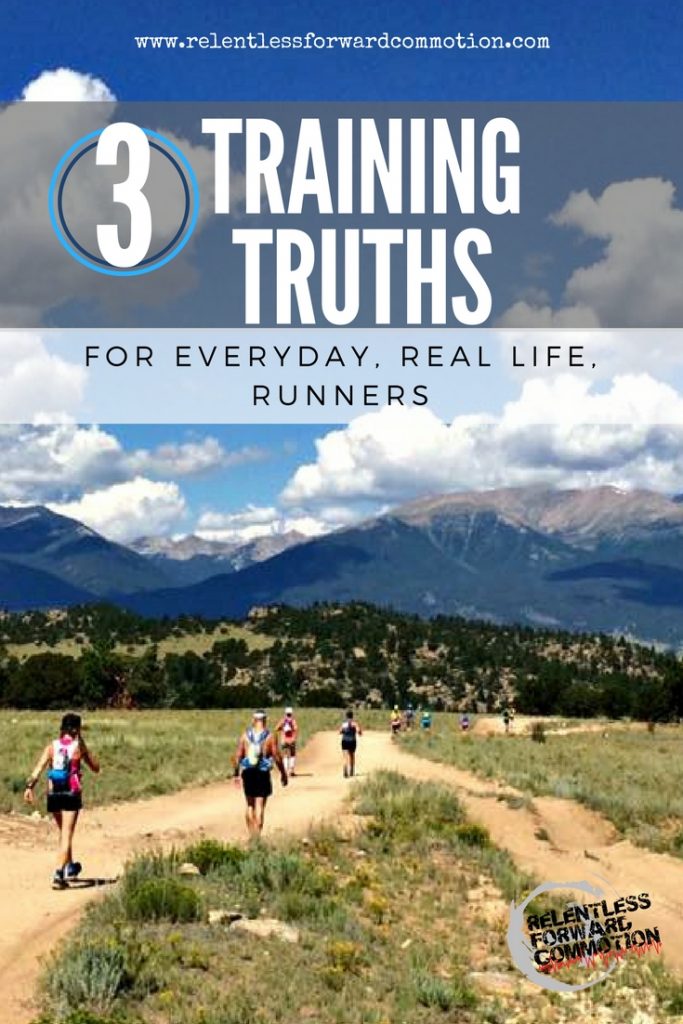 Now might not be the right “season” of life for your particular race goal – and that’s OK too.

The other day in an online forum I read a plea from a new mother who was struggling to get in her 100 mile training runs, because she didn’t want to spend a ton of time away from her new baby.  My heart hurt for her, because as a fellow mom and crazy runner, I could totally understand the struggle.  But here’s the thing I’ve learned over the last decade of running and parenting: right now doesn’t have to be the right time for everything.

And again, I’m not just talking to parents here.  Maybe your work load has temporarily increased, and you just can’t miss these business meetings for a long run.  Maybe you just bought a house, and the unpacking/settling/home improvements are occupying all of you free time right now.  The thing to remember is that so often, these commitments are fleeting.  Running and racing is not, it will be there when you DO have the time.

Believe me, I get it: FOMO is a bitch and runners tend to be impatient.  Further, I’m queen of the “life is short, do the fun thing now!” approach.  But if your goal, and the training it takes to get to that goal, are causing you mental or emotional distress, or causing you to not be as present as you need to be for your family or loved ones, then maybe now isn’t the right time in your life to be striving towards that particular goal.    Running and racing aren’t going anywhere anytime soon.

Related- The Realties of Ultramarathon Training: Tough Love from a Coach 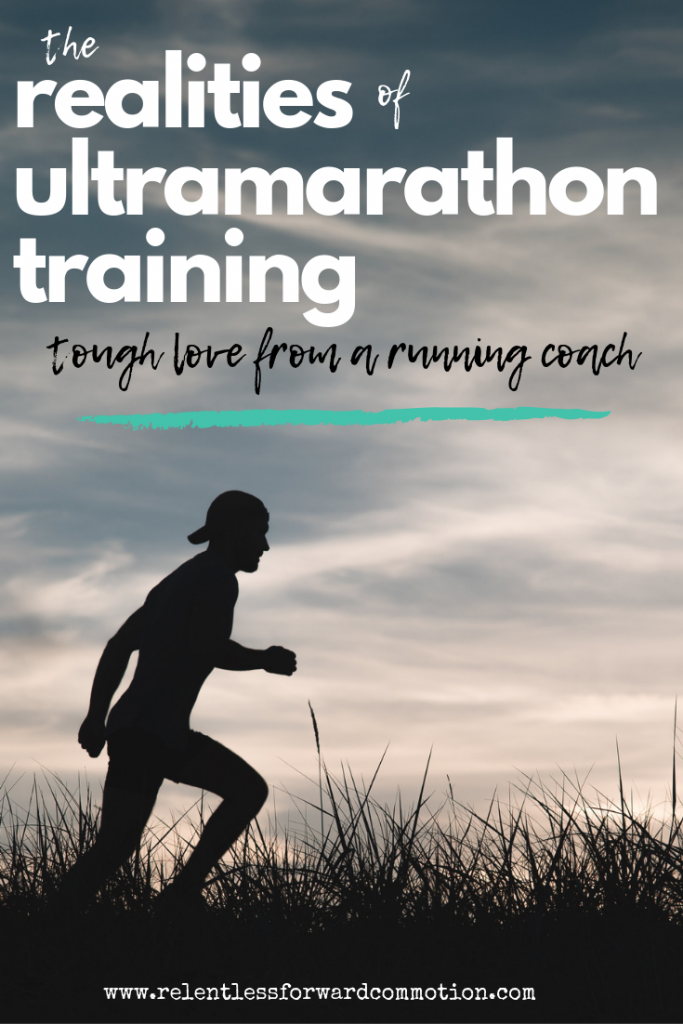 You are NOT any Less of a Runner

Listen, EVERYONE lives a different life.  Everyone’s circumstances are different.  Hell, your circumstances today might be 100% different a year from now.  So I plead with you to stop the comparison game.

So what if Jane Doe can run 85 mile weeks while balancing three kids, a full time job, and volunteering as the president of the elementary school PTA, while you can barely squeeze out 20 mile weeks dealing with your one cranky toddler.  Good for her, AND good for you.  You are not any less of a runner.

So what if John Doe can go from unfit and sedentary, to running a Boston Marathon qualifying time in less than a year, and you’ve been running for decades but can only squeak out bare minimum training to not get injured, never mind get faster, between work commitments.  Good for him, AND good for you.  You are not any less of a runner.

I’m going to sum up this rant-y blog post by saying the following:

To those of you who are able to make sacrifices and find the time: I salute you. I admire your discipline.  I’m with you – for now.  But I also know how quickly life’s tables can turn.

To those of you who are trying to keep your head above the proverbial water when life is trying to bring you down: you aren’t alone.  Keep swimming. I promise that even though you may feel like you are sinking right now, soon enough you’ll be on dry land again.  Ebbs and flows, my friends, ebbs and flows.