Today I had hoped to bring you a wonderful race recap combining two of my favorite things: running and really good beer.

I had been looking forward to the Craft Brew Races 5K & Beer Festival in Charleston SC for MONTHS.  It was a little “fun” running event that would be a slight distraction from our ultra training (which let’s face it, isn’t really that stressful, but you know what I mean).  But the day before the race, the directors canceled it.   Why?

Because they didn’t get the appropriate liquor permit for the event.

Now, I’m not going to shame the race directors or tear apart the organization of the race; I’ve never directed a race (only spectated from the sidelines as friends took on such a huge task) and I can only imagine the massive amounts of work that goes into it.  But I will tell you, I would have assumed that a liquor permit would have been the first thing on the “to do” list of a BEER themed race/festival.

Regardless, the organizers promised near immediate refunds AND a free entry to the Savannah Craft Brew 5K in March, which we may or may not try to make. I honestly can’t think any further than surviving December 5th/6th at this point, so we’ll have to revisit the possibility once I’m certain my legs still work.  In the meantime, I’ll give the race directors kudos for that generous offer, and hope they survived the storm that is angry people on Facebook who feel they have been “wronged”.

Alas, we (Geoff, and his mom and sister who flew down from Vermont to beer run with us) decided to turn the lemons into lemon shandy, and went to Charleston anyway…

…where we ran, and drank beer.

Per usual, I took a few really shoddy pictures.  Every day the optimist in me wakes up thinking that surely THIS day will be the day that my low quality smart phone camera will take amazing photos rivaling all of your iPhones.  Everyday I am disappointed that it doesn’t actually happen. 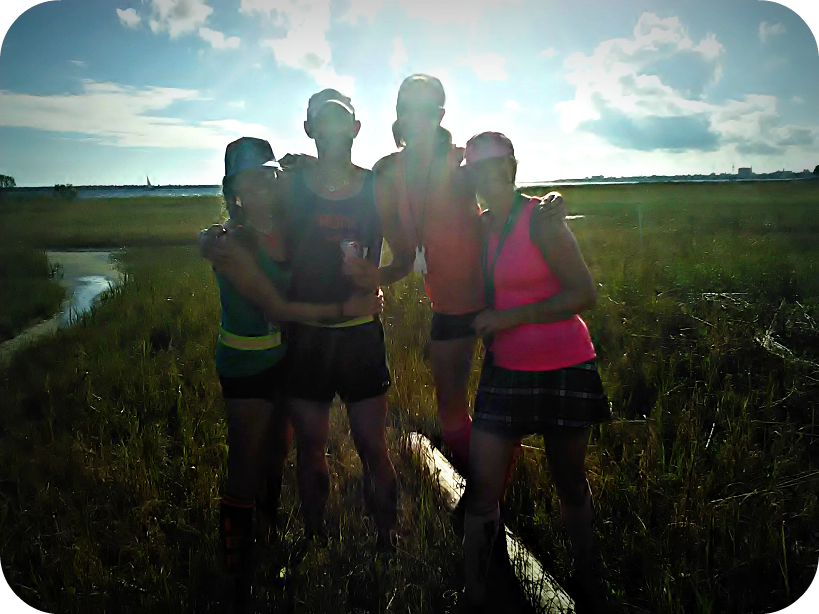 …of course, taking a picture with the camera facing the sun never helps the quality either.

Despite the change in original plans, South Carolina did NOT disappoint our Vermont family with it’s gorgeous weather.  Mid 80 degrees and sunny on a November day to be exact.  Sure, this was even a bit out of the ordinary for temps this time of year, but it certainly helped the “you guys should just forget about miserable New England winters and move down here with us” cause.

For the record, running is the best form of touring any new city.  I’m pretty certain there already are companies that offer guided running tours in major cities, and I’m also pretty certain that I need to look into adding that onto my professional resume. 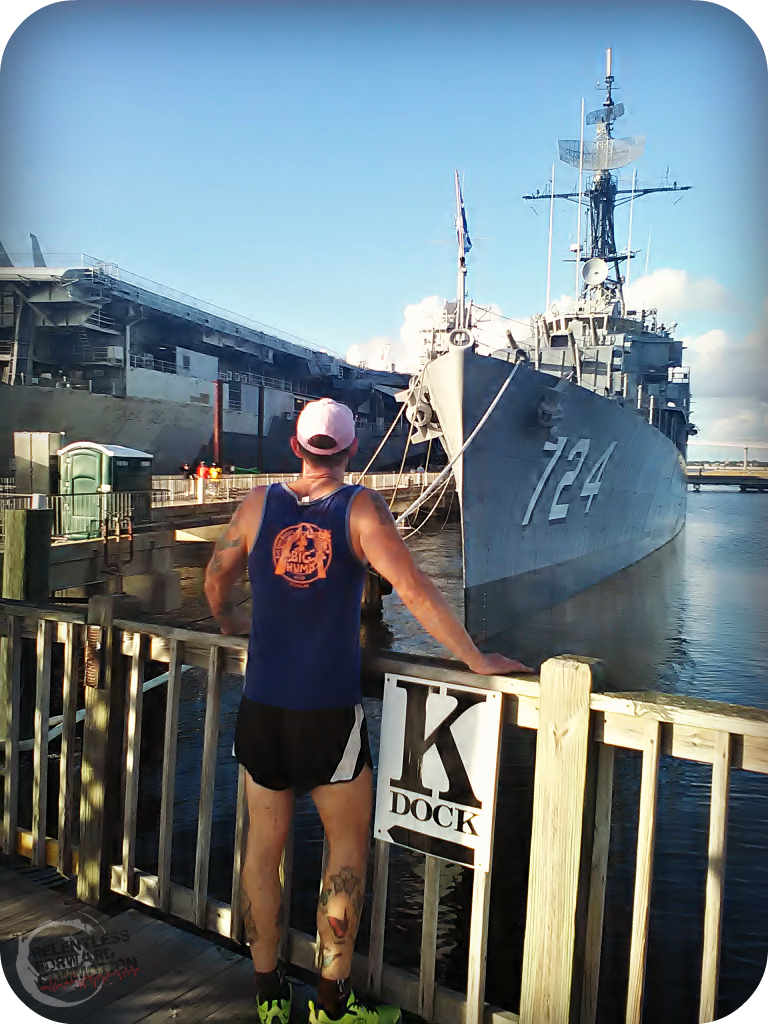 I ran hard and fast.  Maybe three or four miles of intervals (I left the GPS at home).  After taking an entire week off from running, my soul was itching to run.  I am certain that sounds crazy to non runners, and maybe even some runners.   But there is just something primal about the feeling of running that cannot be mimicked by any other exercise, no matter how hard and fulfilling of a workout it may be.

And then Sunday morning I woke up with a bit of pain in my leg.  Back to the non running bandwagon we go…

On Sunday, South Carolina deemed  it was the appropriate time to slam us with more traditional late fall weather, as we woke up to temps in the mid 50’s accompanied by non stop rain.   Needless to say the sight seeing was less enjoyable on this day, so we took a little wandering road trip back to Myrtle Beach instead. 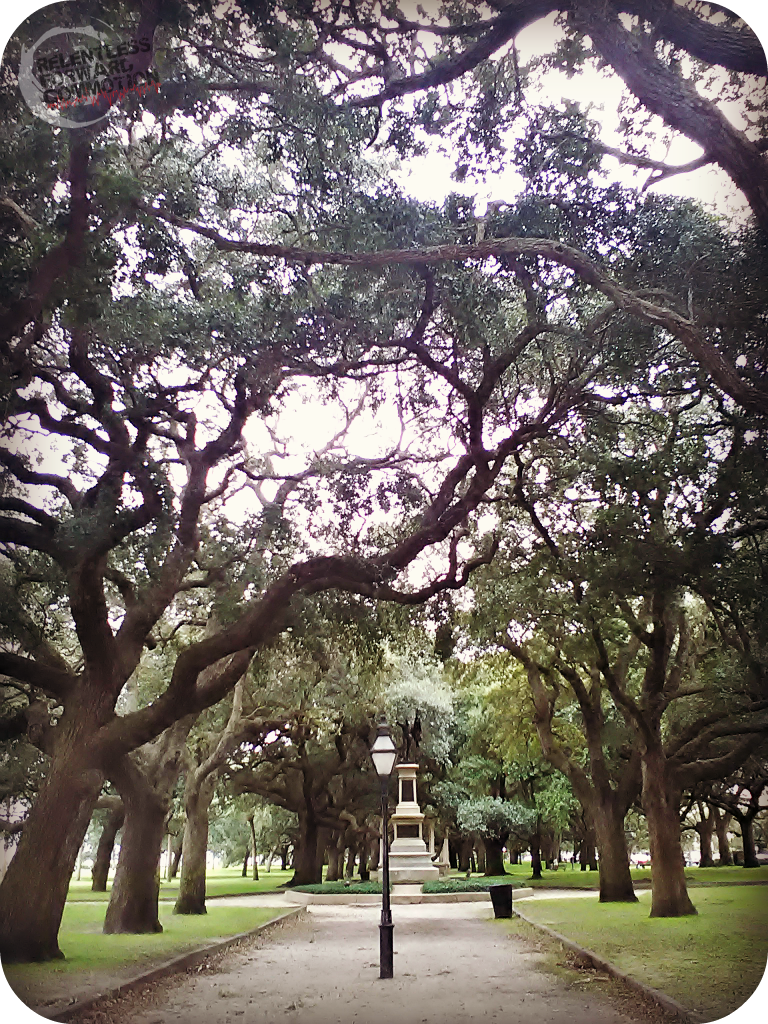 I love traveling and exploring new places, even if those new places are barely an hour from home.  I’ve written about how the urban, consumer, materialistic vibe of Myrtle Beach has been slowly eating away at my inner Vermont-hippie-soul, so it was very nice to see other parts of South Carolina.  And despite the dreary day, there was a lot of beauty to be found… 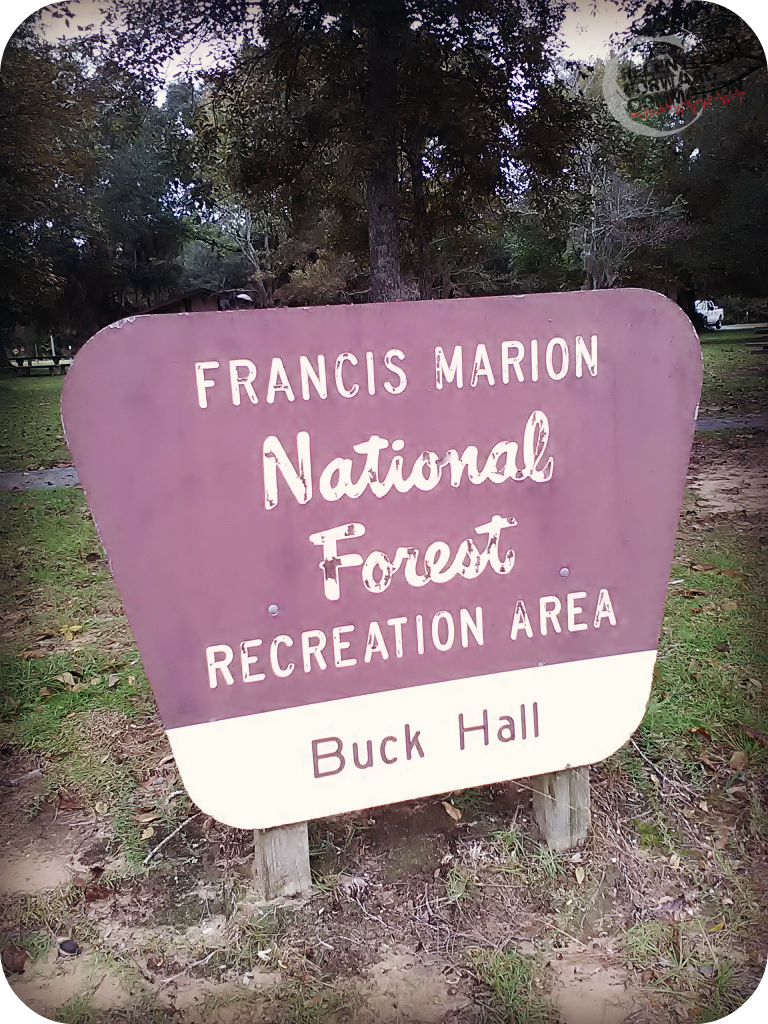 I really love the National Forest signs. I’m not sure if we should refer to them as “retro”, as I assume they’ve actually never been changed. Here’s some fun reading on the subject: “Signs to Compliment Natural Beauty”, by Virgil R. “Bus” Carrell. 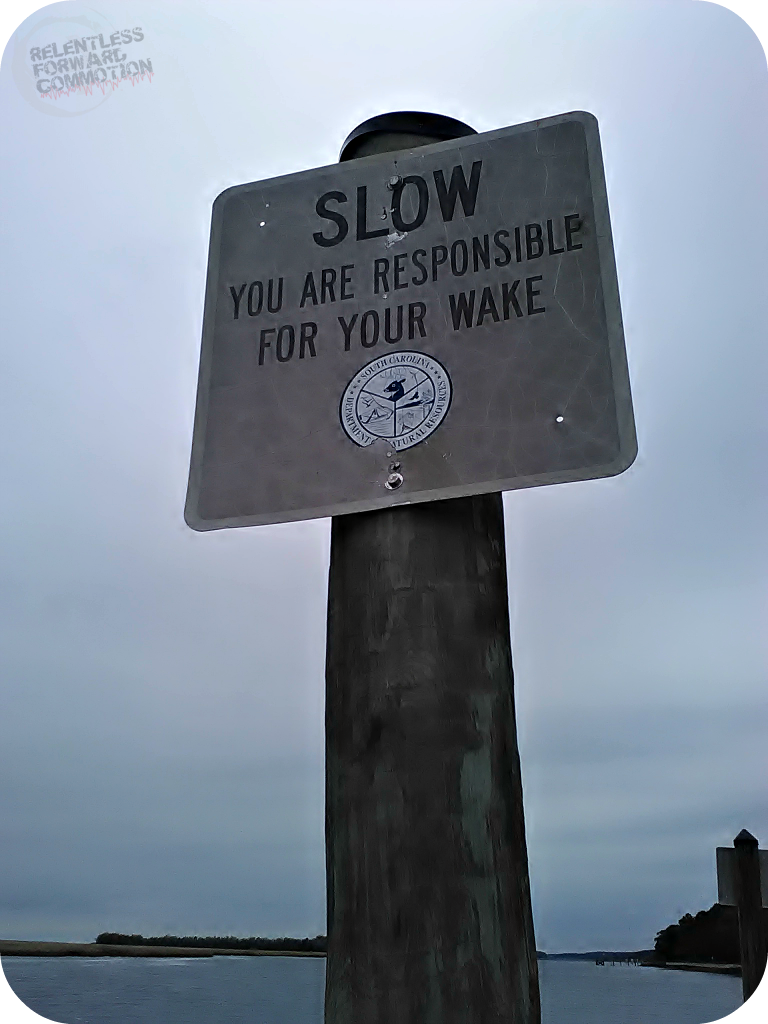 Eventually we found our way back to the Grand Strand area, where we made one last semi adventurous stop for a Sunday afternoon bloody mary, which also resulted in an impromptu introduction to my Northern family and the deliciousness that is “hushpuppies“. 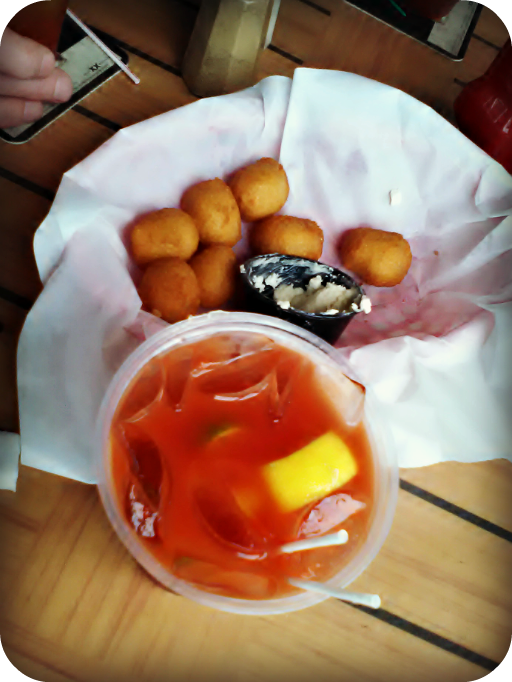 Picture captured before the hush puppies all quietly disappeared…

Scratch that, the last adventure was finding Vermont inspired beer at the grocery store before we went home.  This made us all very, very happy.  Especially Jenny, who didn’t hesitate to bring this 6 pack home with us. 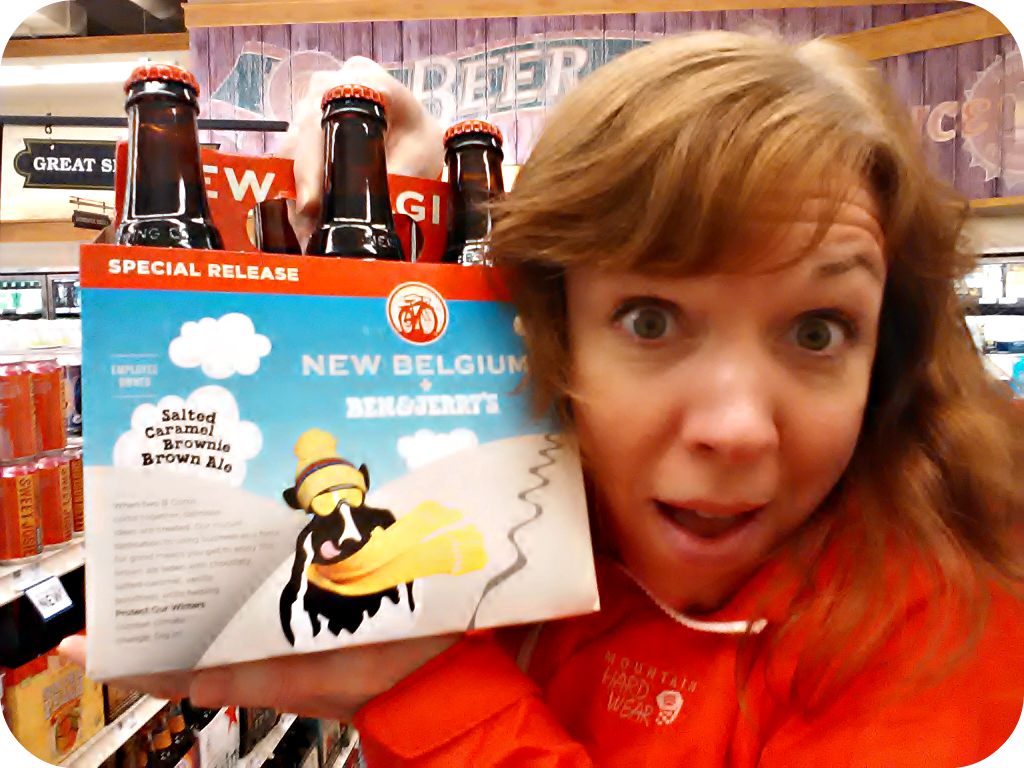 If you’ve made it this far, you’ve now realized that this is not This a Craft Brew Races 5K & Beer Festival race recap.  Instead it’s one of those rambling blog posts about my adventures and shenanigans that I’m pretty sure no one but my mom actually reads, but I like to write them anyway.  And just another testament that life truly is what you make of it.  Go explore.  Sometimes even ruined plans can turn into an adventure.