What does “buy local” mean to you?  For most people, supporting local business might include purchasing foods from their neighborhood farmers or shopping at food co-ops.  Maybe it means buying locally made arts and crafts, soaps, and other handmade items. But when you think of buying local, would you envision world class kayaks, hammocks, backpacking tents, and other high end, quality outdoor gear? How about nationally recognized, award winning microbrews?

The second annual “Get in Gear Fest”, hosted by the Outdoor Gear Builders of Western North Carolina, wants to remind you that there are some seriously amazing companies and talented individuals making huge strides in the outdoor gear industry in Western North Carolina’s very own backyard.

When I received the invite to attend the Get in Gear Fest, I didn’t hesitate to say yes.  I’ve been looking for an excuse to head to Asheville, NC, ever since we moved back to South Carolina. I had never been to Asheville, but heard the mountains were gorgeous, and that the town itself was a much bigger version of the town I came from in Vermont.  (Brattleboro, incase you were curious). Further, as my adventures take me deeper into the woods, I’m becoming more and more interested in expanding my gear closet from simply “running stuff” to anything that will enhance my great outdoors experiences.  Lastly? Supporting local businesses, both small and large, is never a bad idea.

Friday afternoon Geoff and I made the trek North West towards Asheville.  It was an entirely uneventful drive, save for the moment we crested a hill north of Spartanburg, SC, to see the mountains off in the distance.  Both of us let out an audible sigh of happiness, and I personally could feel the weight of the world lifting from my shoulders.  It’s amazing how healing the mountains can be…even just the sight of them. This blurry picture doesn’t even begin to do the view justice. 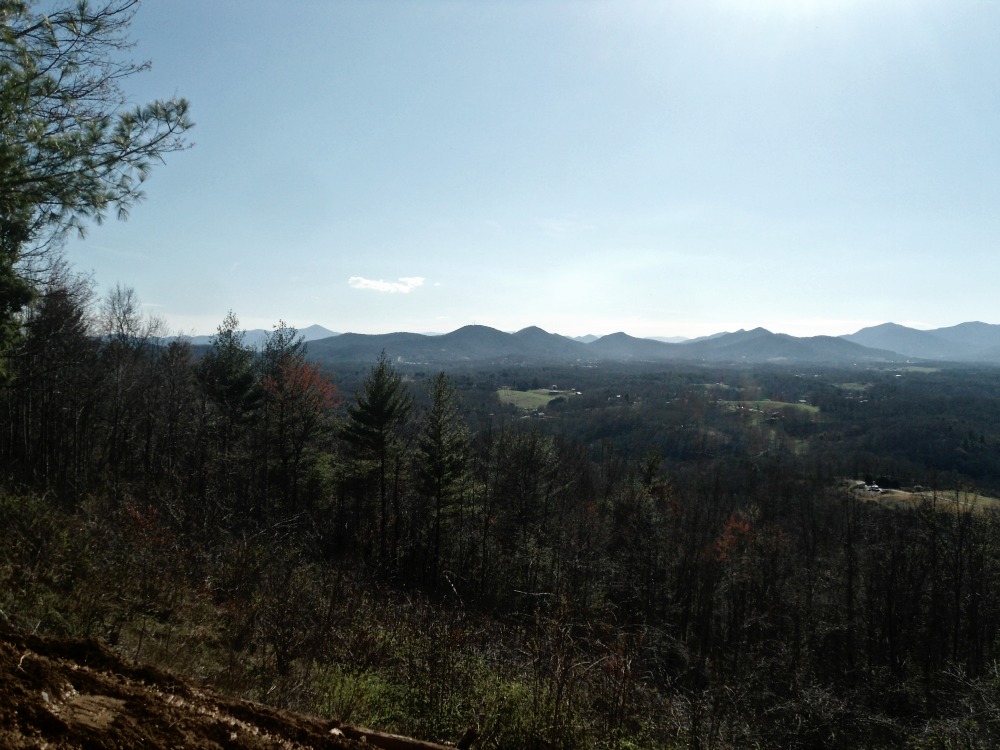 This picture doesn’t do the mountains justice. Per usual, with my cell phone.

We found the campground we had made reservations at on the North end of Asheville, and literally began to set up camp. It only made sense that we spent the weekend in a tent, after all, it was an OUTDOOR gear fest.

No sooner did we unpack our tent and sleeping bag, then we had to head to the River Arts district for a special Meet the Makers VIP event prior to the gear fest. I won’t lie, it was a wee bit intimidating to be surrounded by so many innovative gear builders. The question “who are you here representing?” was asked a dozen times, and each time I felt grateful and humbled to say “I’m just a little ol’ blogger from the other side of SC, I have no idea why they wanted me here.”

But it was so cool to be there, and a total honor to have been invited.

Over the course of the weekend we were able to demo gear designed and created in Western North Carolina, as well as (more than) sample many delicious locally made foods and drinks.   Through sunshine and raindrops, it was a very informative and fun weekend.  Here’s a run down of some of my favorite companies and products that we had the opportunity to learn about:

ENO Hammocks. My hammock experience is not very extensive, and pretty much stops at “taking backyard naps in the sunshine in Vermont.” Which is a shame, really, because relaxing among the trees (and in the sunshine) has to be one of the most incredible experiences ever. ENO (Eagles Nest Outfitters) had an amazing “go anywhere” hammock stand called the “Roadie” that was designed to be held up by your car. Perfect for road trips, tailgating, and of course, multi-day stage or ultra racing. Talk about crewing in style.  This, as well as a hammock, have both made the top of my wish list.  Mother’s day hint, kids! 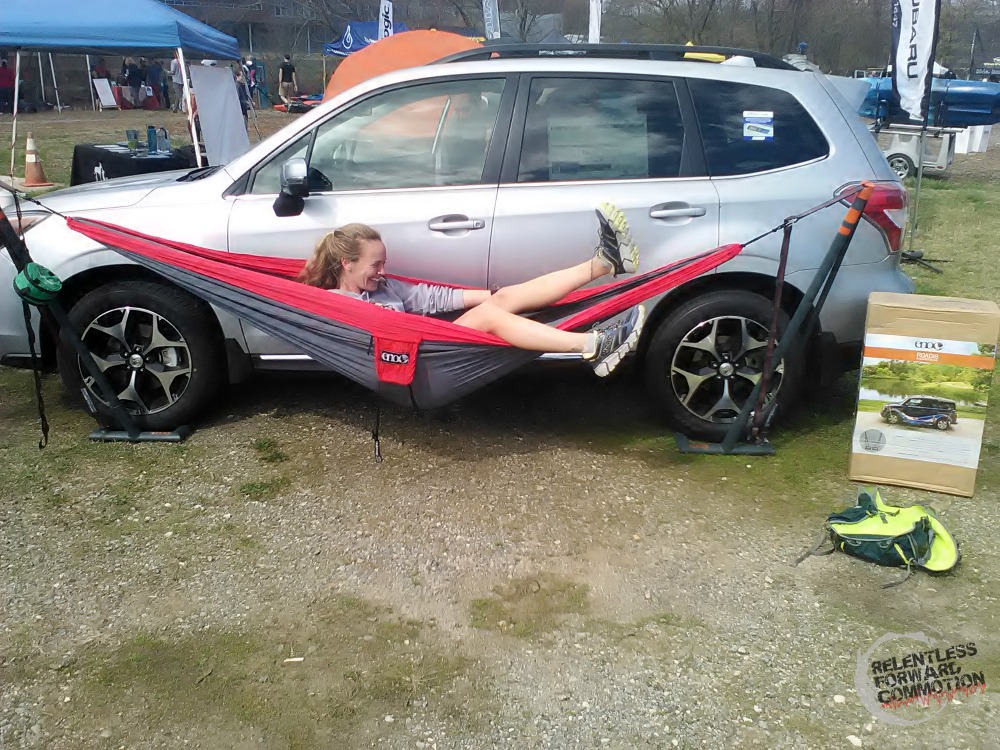 SylvanSport GO Camping Trailer.  Simply put: Geoff and I drooled over this product. The SylvanSport GO trailer  is essentially a multi use trailer, and one of it’s key options is a soft sided pop up camper. Except the camper is actually more “tent” like, and is placed on the trailer. 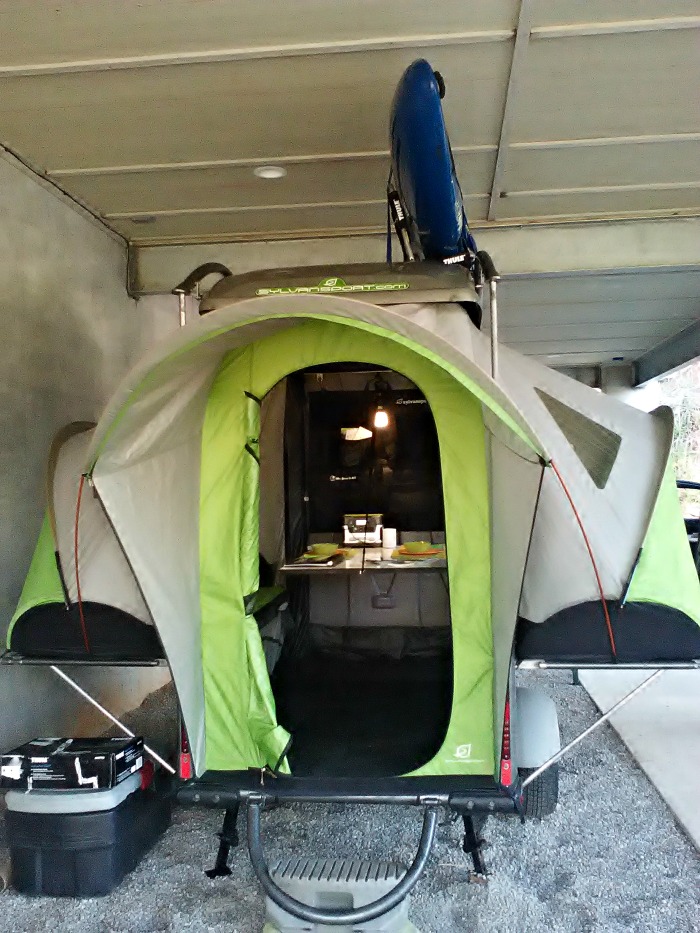 Apparently, National Geographic Adventure ranked it the “coolest camper ever”, and from what I saw, I’d have to agree.   My camera wasn’t participating in the weekend as well as it should have, so here is a stock photo of the GO in it’s various states: 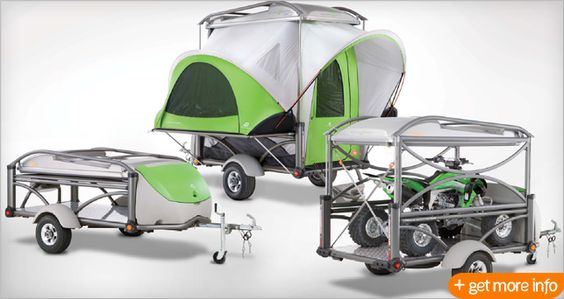 Geoff and I one day DREAM of living the RV life full time, but if that doesn’t pan out, the SylvanSport GO appears to be a stellar camping option, especially considering even my tiny little car is capable of towing this aluminum based trailer.  Best yet? It is manufactured in Brevard, NC.

Light Heart Gear. Geoff and I had the pleasure of spending quite a bit of time discussing this product with the designer & owner (Judy Goss)’s husband, who is a very passionate advocate for the brand.  Light Heart Gear  designs one and two person backpacking tents that utilize trekking poles instead of tent poles, maximizing space and minimizing weight, resulting in a much lighter, easier to pack tent.  One of the highlights of their tents is that they were designed with taller hikers in mind, resulting in more comfort for the over 6 foot crowd. 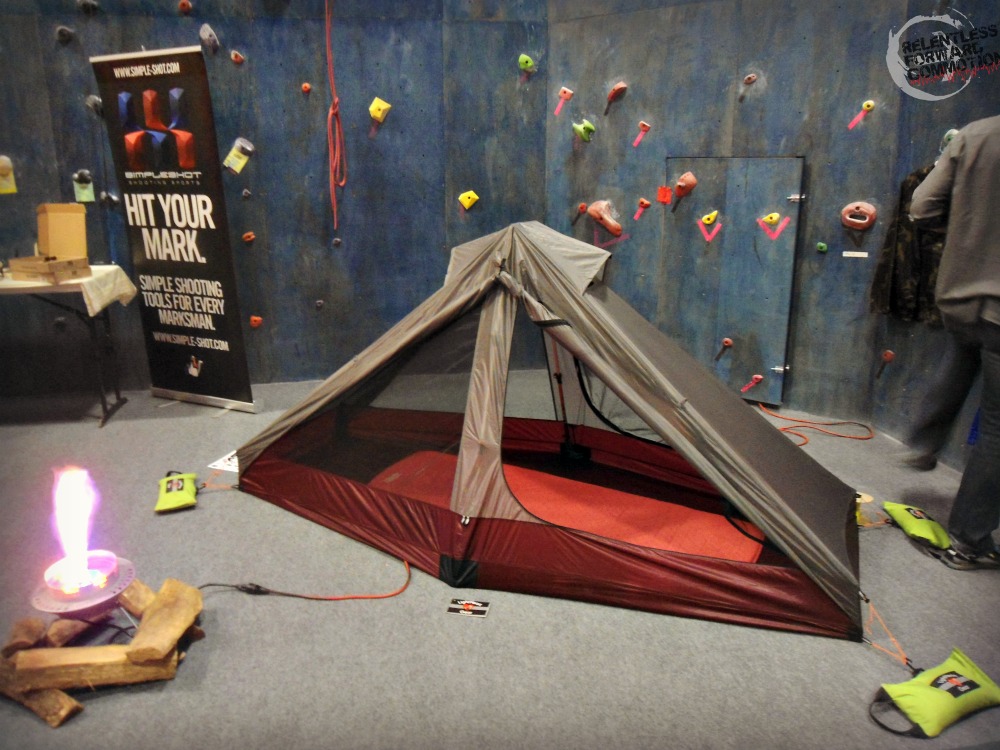 Light Heart also created an entire line of rain gear, including pants, jackets, head and backpack covers, and a waist wrap.   And all of it is manufactured in…you guessed it…North Carolina. 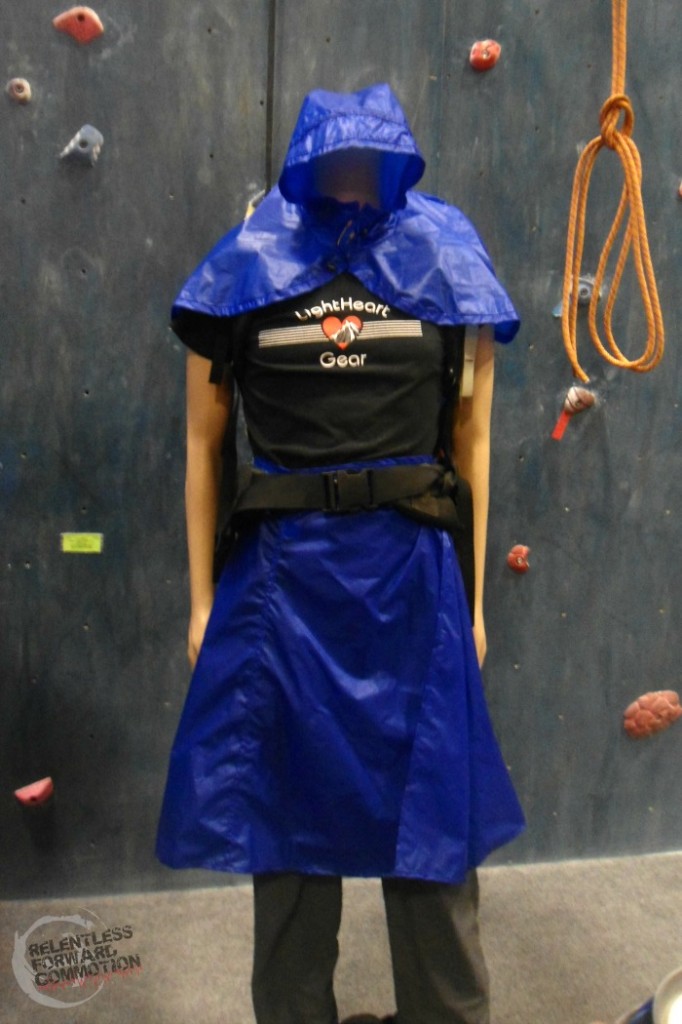 Liquidlogic.  Geoff, a white water kayaker, has been hounding me to give white water a try since the day we met. I, not quite sure I’m down with the “rolling” and essentially being trapped under water, am more down with flat top leisure kayaks. Luckily, Liquid Logic had both on hand…and more… to show us.   Liquidlogic was born in Saluda, NC on the Green River in 2000 when a small group of whitewater enthusiasts and paddlesports veterans vowed to build the best whitewater boats that could be made.  They are now known world wide among the kayaking community and beyond.   Sadly, it was pretty darn cold (this picture below was probably the only 10 minutes of the day that the sun was out) so I opted to not climb into a kayak and head out onto the river.  Chances were high I might have fallen in, I wasn’t ready for that. 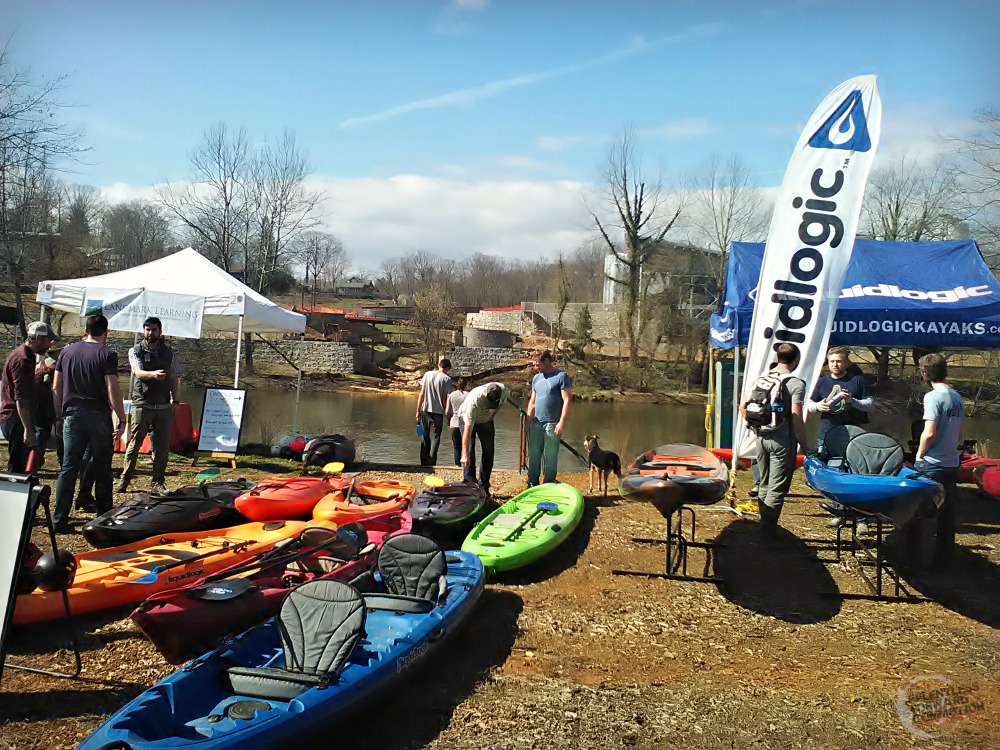 Bellyak. Can you imagine flying down Class III & IV river rapids on your stomach? Neither can I…but I totally want to try it. Bellyak is simply a kayak on which you lay on your belly, rather than sit upright.   This not only adds a whole new world of adventure for a paddler, but creates an opportunity for the adaptive community (those with limited or no use of their lower body) to get in on the action.

The surfer in me wonders if I would be capable of such a feat without attempting to pop up onto my feet. The white water kayaker in Geoff wondered how many tricks he could pull off. 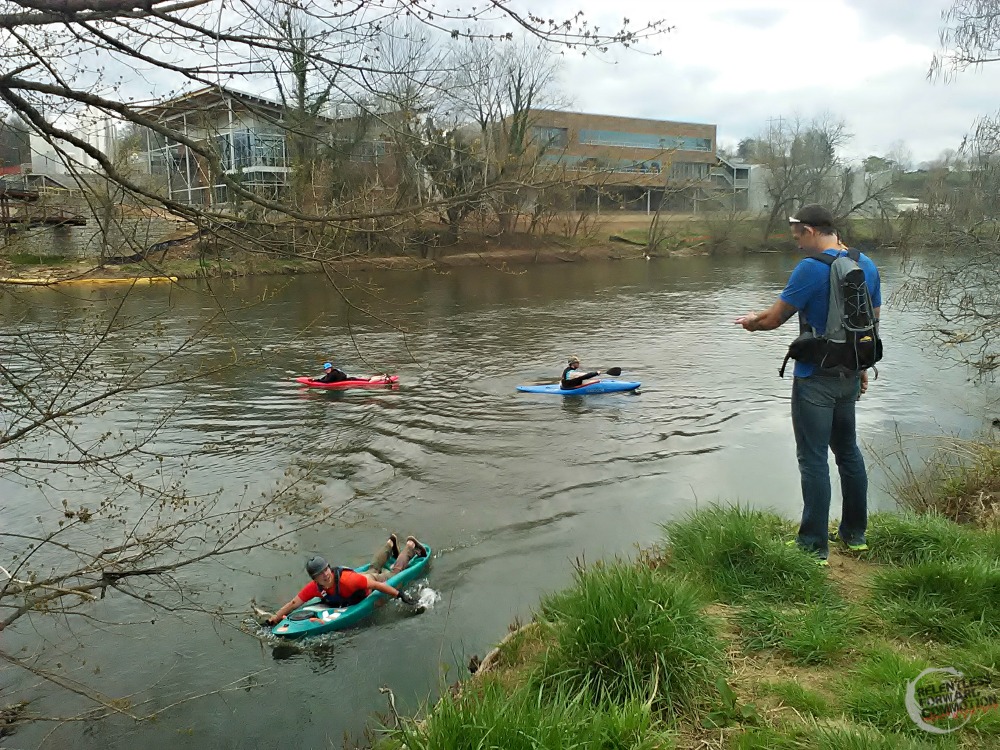 Do you like to eat and drink?  We sure do.  And Asheville had no shortage of amazing food and beverages for us to feast on. 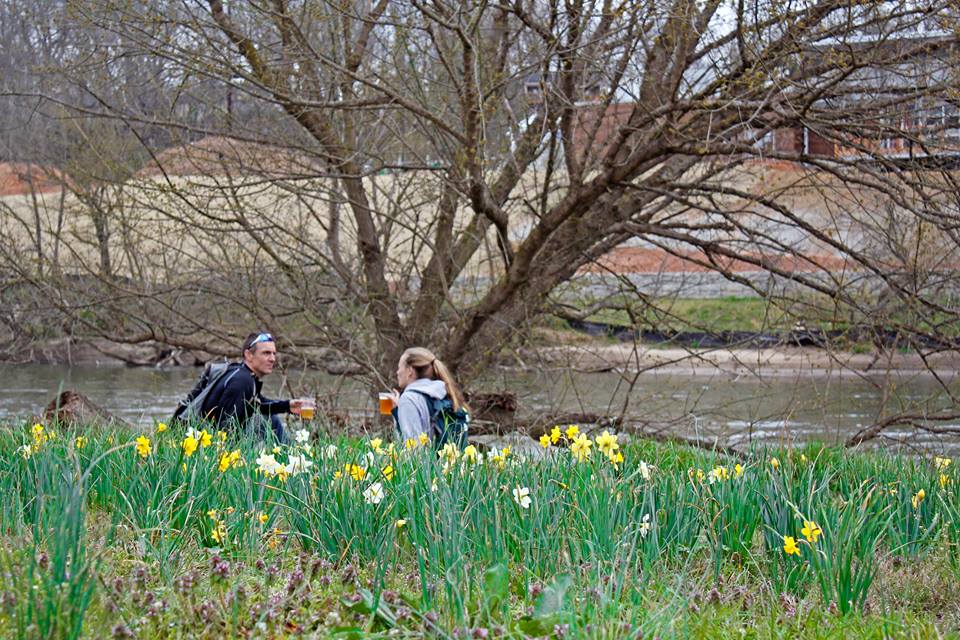 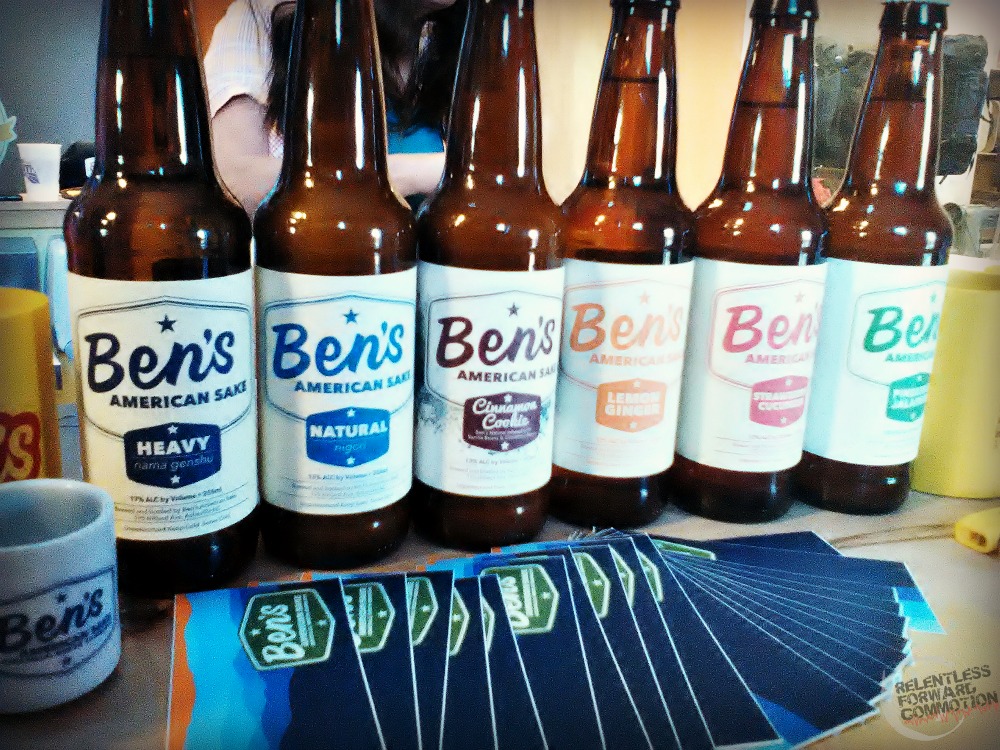 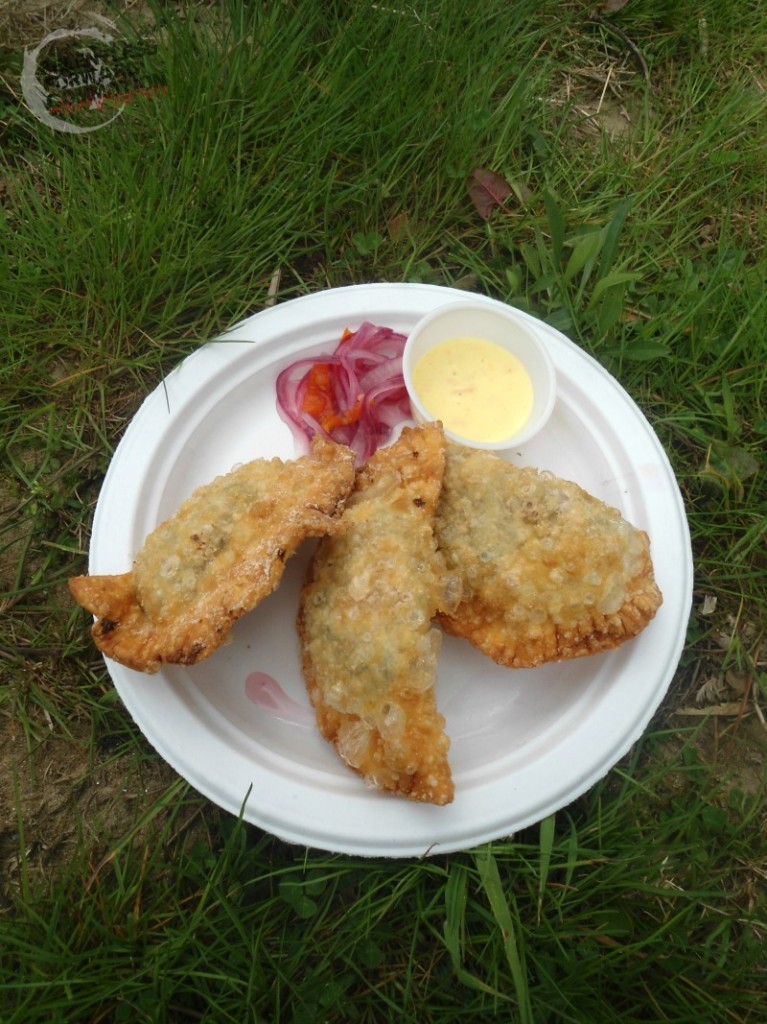 Vegan empanadas from Out Of The Blue Peruvian Fusion Cuisine 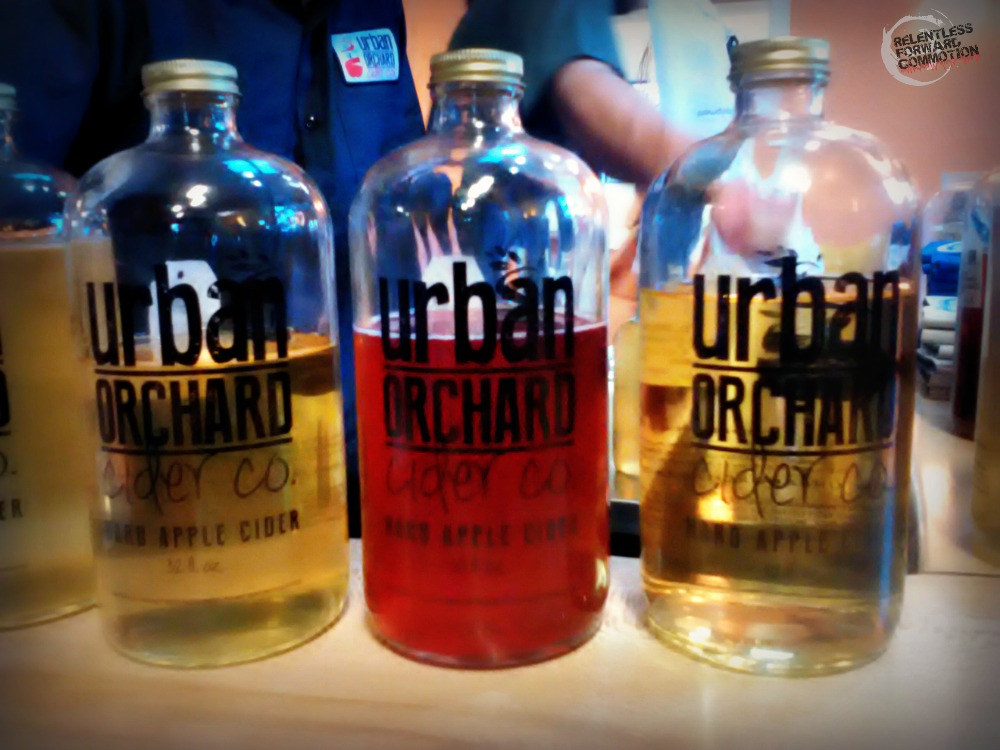 To list every vendor we met during the weekend (there are over 27!) would make this blog post ridiculously long, so please take a moment to visit the Gear Builder Directory. 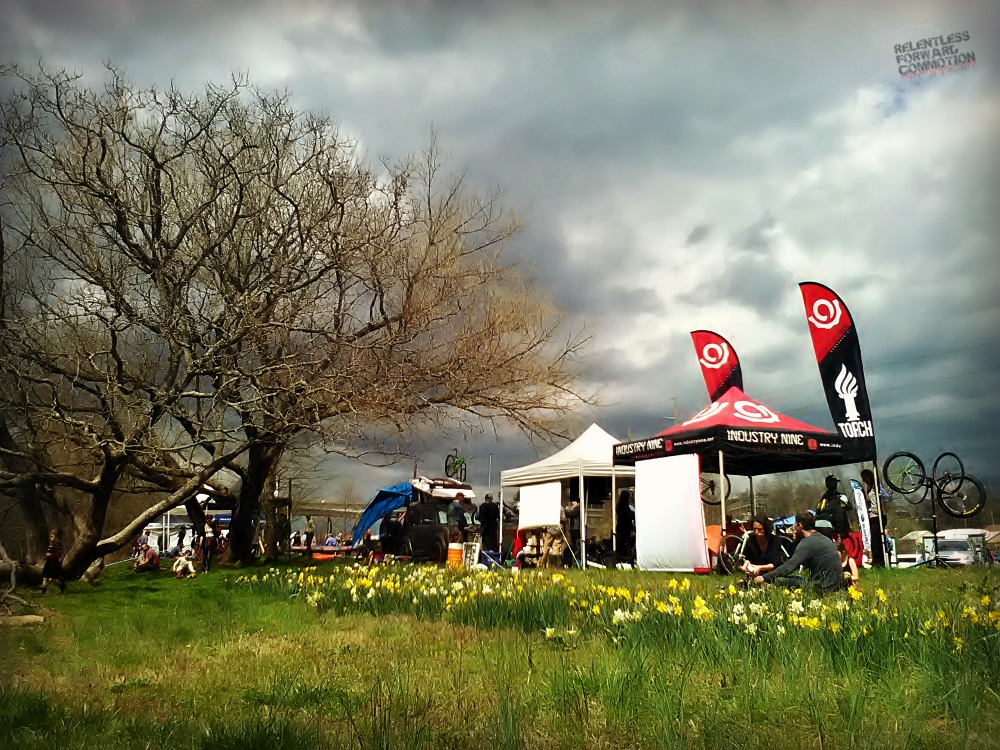 In the end, the Get in Gear Fest was not only a wonderful opportunity to learn about new-to-us products, but a reminder that a lot of kickass gear is indeed made here in the United States…and for some of us, incredibly close to home.

Buying local is more than just a current trend or buzzword.  Supporting local businesses has an incredibly real impact on your community…and more importantly, your neighbors.   The Outdoor Gear Builders of WNC and their 27 member companies provide more than 475 jobs region-wide (512 nationally), and well over $6,000,000 in local sourcing of materials and contracts within Western North Carolina.   That is not a small, insignificant number.   Next time you are in the market for some new outdoor gear, why not see if you can support local?