It’s true. Even when my feet feel like cement blocks, my lungs are screaming, and my brain is scoffing at me in that huffy voice (“Ugh, this truly sucks.  Honestly Heather? You are barreling down this trail like you are being chased by a bear.  There is no bear back there. This isn’t what normal people do. Just stop….just stop and sit down.“)…even then, I love running.   And if I’ve heard it once, I’ve heard it a hundred times from non-athletic friends: “I wish I could love running too”.

Well my friends, you can.

But like anything GOOD and worthwhile in this world, it certainly takes work.  I like to think of running as a relationship…except you have to plow your way through all of the difficult stuff before you get that honeymoon phase.   So, my “I wish I loved running” friends, this one is for you.  And those of you who may have lost that lovin’ feeling…this is for you too.  I bring this advice to you from many failures and successes (mostly failures) of my own over the years, that brought me to the point where I am today. I run for no other reason than simply the fact that I love to do it.   Sickening, isn’t it? 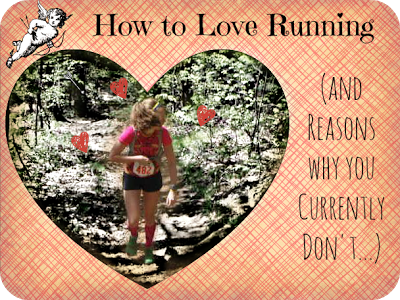 I tried to make this as painfully cheesy as possible. Success.

Running is an Acquired Taste.

I remember in college (the first go-round) the taste of beer made me gag.  Now, to give credit where credit is due, the beer I was exposed to wasn’t what I would even begin to classify as “good” beer.  In fact, it wasn’t even “alright” beer.  But never the less I hated it, and refused to drink it, opting instead for the alternative: cheap vodka mixed PowerAde from the vending machine in the laundry room down the hall.   Then my friends and I went on spring break to Daytona Beach.   We found this amazing deal where, for $20, you were given a plastic mug and a list of bars.  Each night, with that mug, you were admitted to the designated bar of the night, and given all the free beer you could drink (out of the plastic mug, of course).  This went on for a full week.  And as much as I hated beer…I did what any broke, 21 year old on spring break would do: I drank the beer.
Moral of the story? At the end of the week in Daytona Beach, I didn’t so much mind the taste of beer anymore.  Now, over ten years later, I’ll still pass on the warm Natural Ice on tap out of a plastic mug, but I do enjoy a good microbrew.    You can probably see where this is going, so lets segue this story of adolescent binge drinking on over to running, shall we?  Running almost always sucks for everyone in the beginning.  Even I hated running, probably even more so than I hated the taste of beer, but I kept going.  Each day running got a little easier, hurt a little less, and after a while…I actually looked forward to it.

In short: if you want to love running, you’ve got to keep running.

Turn Off the Music

Now, don’t get me wrong, I understand the motivational value behind having some killer tunes blasting out the sound of your gasping breath while you are doing 800 repeats on the track. I myself dread anything over 2 miles on a treadmill without some music to distract me.  But if you are one of those people who simply cannot put one foot in front of the other if Justin Timberlake isn’t crooning some catchy dance beat in your ear, then you are never going to love running.

(Sadly, this is a real problem in the running world.  Not JT of course, but music in general, and the fact that some people can’t mentally power through a run without it.)

Learn to run without music.  Learn to listen to your breath, the footfalls of your stride, and how your body and running reacts to both.  Take in the sounds of the environment:  birds chirping,  dogs barking, squirrels fighting over nuts (they are loud little creatures).  Learn to relax, get in the zone, and really get lost in your thoughts.  Learn to truly enjoy the ACT of running exactly as it is, distraction free. 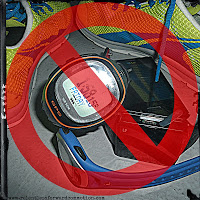 AT LEAST one or two runs a week, run “naked”…which is the term the running community has coined for “leaving your watch at home” (bet you were worried, eh?).  No watch, no GPS, no timer on your iPhone.  Don’t worry about your pace, just RUN.   Often times, we get distracted by numbers.  I’m going too fast, I’m going too slow, I’ll never hit my race goal at this pace…you get the idea.  Those distractions often lead to frustration, which leads to discontent with running.  It’s a vicious, downhill spiral for most (and not the fun kind of downhill we runners love).   So twice a week, leave ALL of those numbers behind…and run, just for the sake of the run.   Feeling strong? Run faster.   Feeling “meh?” Go with whatever pace feels comfortable.  Forget about how fast you think you SHOULD be or how fast your friends or training partners are.  Turn off all of those inner voices pinterest and the rest of the well meaning (but sometimes damaging) motivational posts create that tell you to “push harder, go further, never give up, blah blah blah” and just RUN, because running is fun.

If you are having a hard time motivating yourself to even get out the door, try signing up for a race.  A 5k, a half marathon, whatever floats your boat.  Having a specific end goal is sometimes the motivation a runner needs to lace up their sneakers every day and put in the mileage.   Find a training plan to follow, and get to it.

BUT…
Don’t (always) be a Slave to the Training Plan

This, in my experienced (because as they say: been there, done that) opinion, is probably the number one buzz killer in the running world.  Daily, I read blogs from people who took on an aggressive training plan that for whatever reason, didn’t fit in with their life, and they mentally lose all desire to run.  Careers, households, family, whatever the reason.  I’m not siding with excuses here, if there is a will there is certainly a way to reach your goal.  HOWEVER, many people have a lot on their proverbial “plates” already, and sometimes taking on an aggressive training plan…or stressing out if they missed a planned workout…can fast track a runner straight to burnout land.

Contrary to popular belief: you don’t have to race in order to enjoy running.

Treadmills weren’t given the nickname “dreadmills” without valid reason: the monotony can become tedious and boring.   I will absolutely argue that the same goes for running the exact same route every single day.  While some people may prefer the comfort of familiarity, others may dread the routine.  If you are the latter, switch it up.

If you always run on suburban paved roads, take it to the woods and find a trail.  If you  always run on secluded trails, run through a busy downtown area.  Find a different route, a different group, a different race.  Try a non traditional running group every now and then, or maybe even a fun run, to put some enthusiasm back into your running…or at least distract you from the miles.   Variety is the spice of life, after all.

Be a part of something bigger than you.  Join a local running club.  Volunteer at a local race.  Fundraise as a part of your upcoming race with a non profit organization.  Do long runs with other athletes, experienced and beginners.  Meet other people, find out why they run, let them inspire you to find YOUR reason to run. For most of us, there is so much more to running than burning calories and posting faster race times. 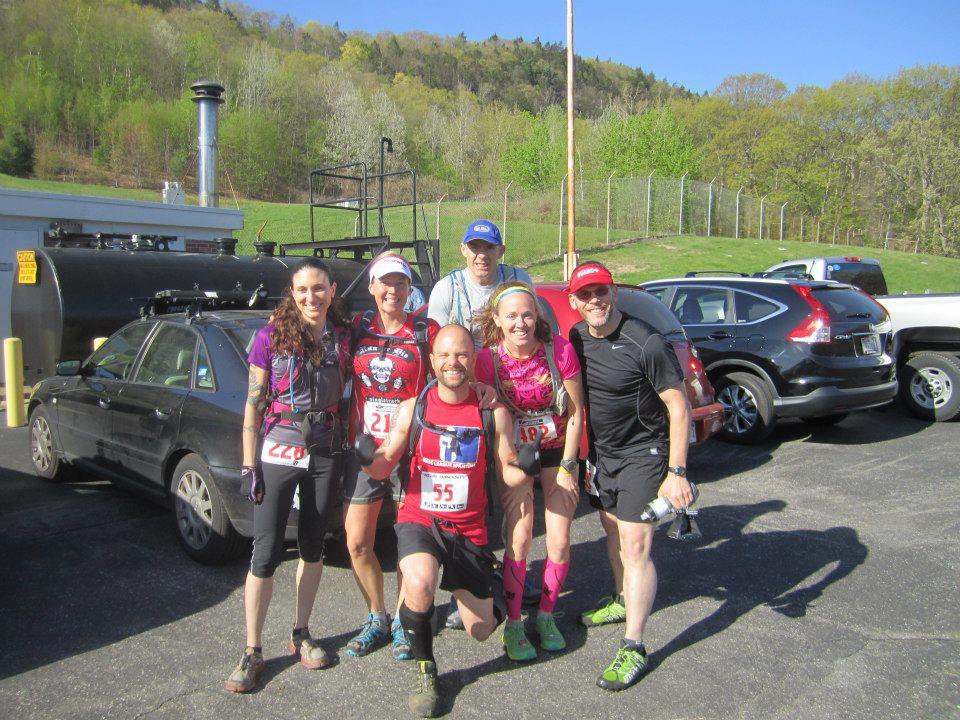 Pre-hardest-race-ever. We are smiling because we have no idea what we are in for…

…and if nothing else, you know that old saying: Misery loves company.