This Cairn box review is coming at you a little delayed. Though I would argue that this slight in review duties doesn’t necessarily signify a bad Cairn ambassador.  No, on the contrary, the second the box shows up on my doorstep every month, I pull out all of the contents and immediately throw them into the gear rotation for our adventures.

As it should be.

It’s just that this time, I simply forgot to tell you about it. 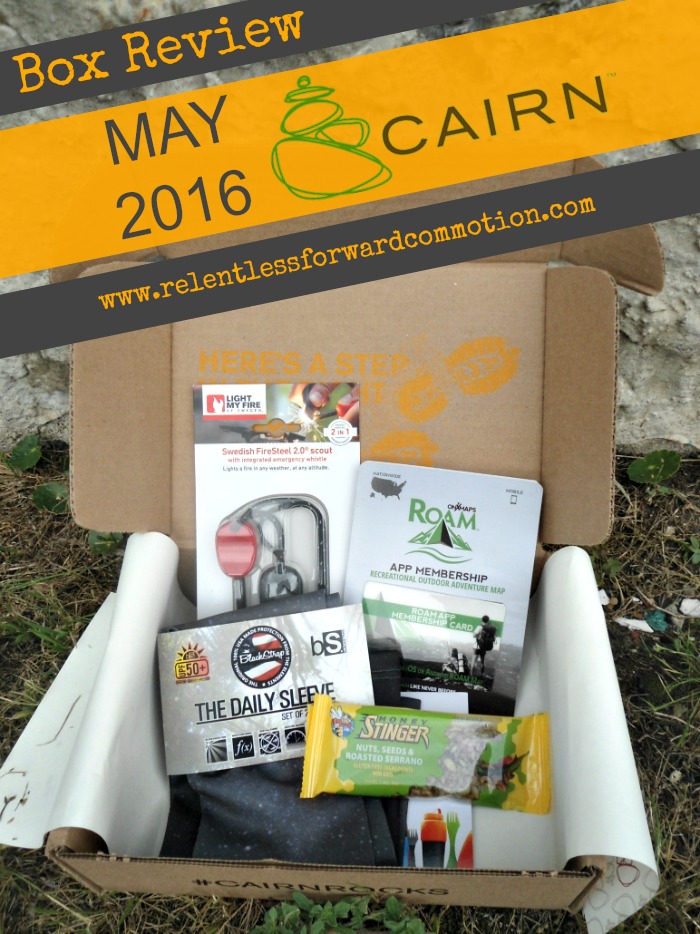 Incase you’ve missed the last handful of reviews, let me sum up the Cairn subscription concept: it’s an adventure in a box.   For as little as $22 a month, you receive a box full of not just samples, but actual useful outdoor tools for the hiker, camper, trail runner, or simply outdoor lover in all of us.

You can check out my past reviews:

IN THE MAY BOX:

Arm sleeves are often considered an enigma in the running world.  A lot of people are quick to think if they need something covering their arms, they might as well just put on an entire shirt.  I’m one of those perpetually cold people, so in the case of warmth, I’d tend to agree.  But, over the years I’ve grown to appreciate arm sleeves for more than forearm warmth: they offer protection against the elements.  During my OCR days, that meant scrapes from rocks and barbed wire.  As of late, it means protection against things like the sun or bugs.  Or in retrospect, poison ivy. (I should have worn sleeves this weekend.) 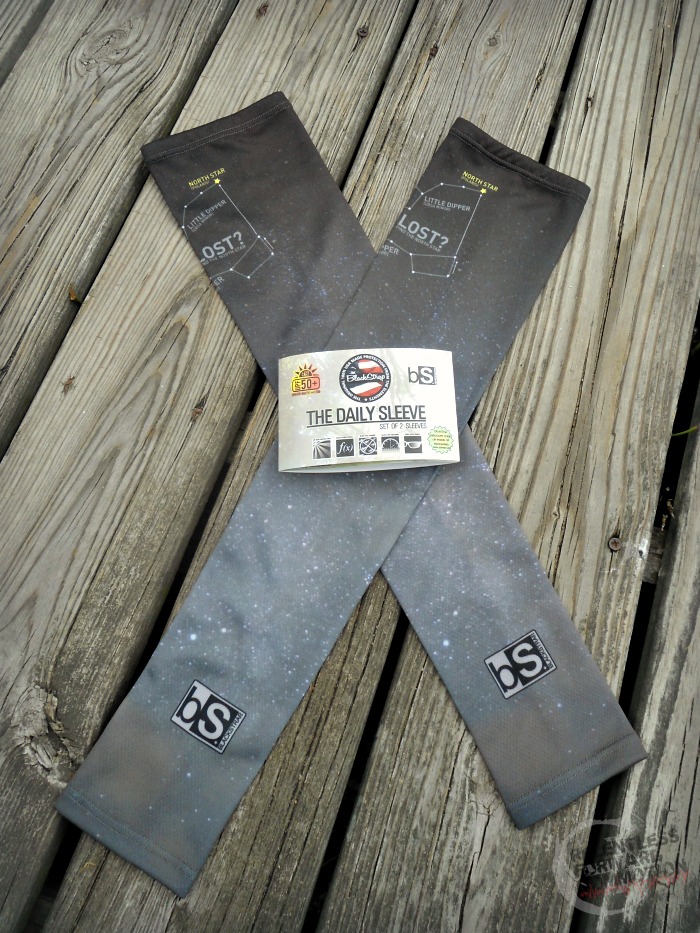 Unfortunately, this pair from BlackStrap was too big for my tiny little arms, but fit Geoff perfectly.  He wore them for the overnight portion of a recent ultra for both warmth and bug protection, and seemingly had no complaints. 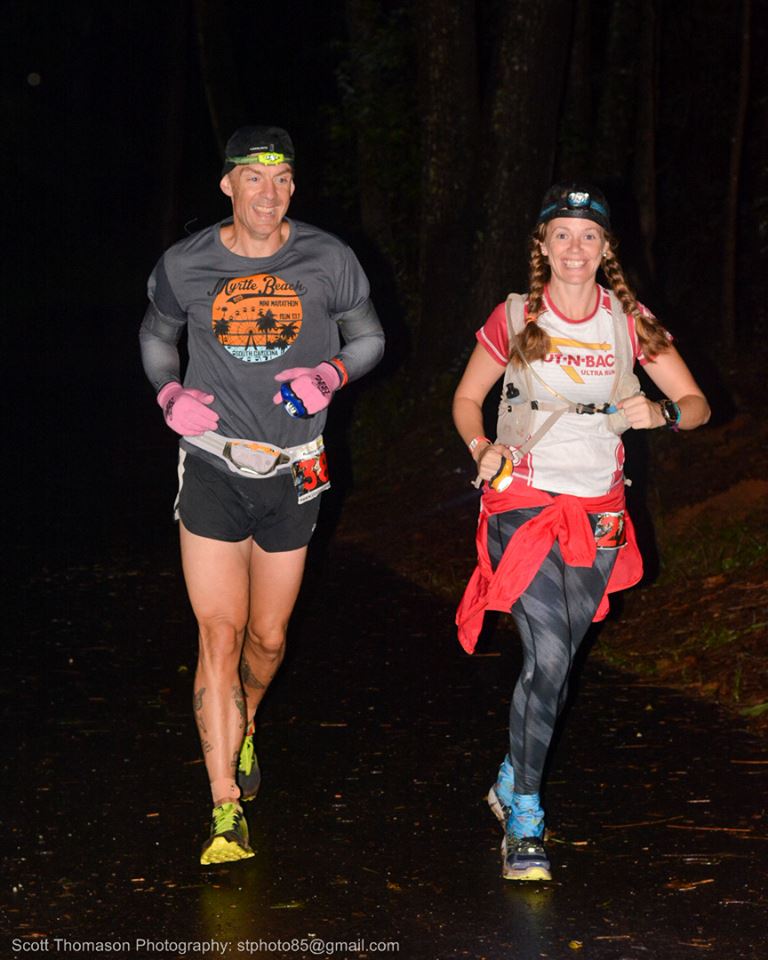 Honest blogger moment: I haven’t even taken this one out of the package yet. I live in Myrtle Beach, and haven’t encountered a moment where I need to start an emergency fire.   But if and when I do, this handy contraption will be right there in our emergency first aid kit. 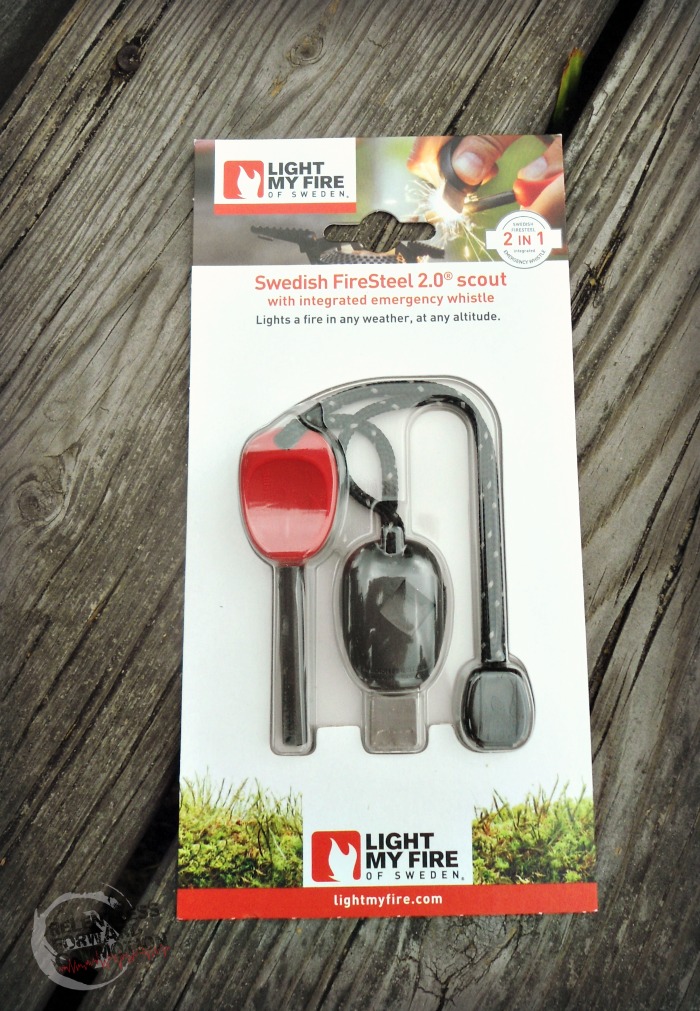 According to the card in the Cairn box, this new generation Swedish made FireSteel Scout 2.0 builds on the classic magnesium fire starter with an improved striker that makes it even easier to build a fire in any weather and at any altitude.  The Scout 2.0 also features a flexible cord and a built in emergency whistle.

**BONUS** inside this months box was a coupon for 33% off of all Light My Fire products.

I’ve been a big fan of Honey Stinger products since I discovered their chews many, many years ago.  And I’ve loved pretty much every product I’ve tried from them ever since.   This particular bar, however, took a little coercing from my good friend Hope while we were out on a mini “we should be working this morning but let’s go explore this park instead” adventure. 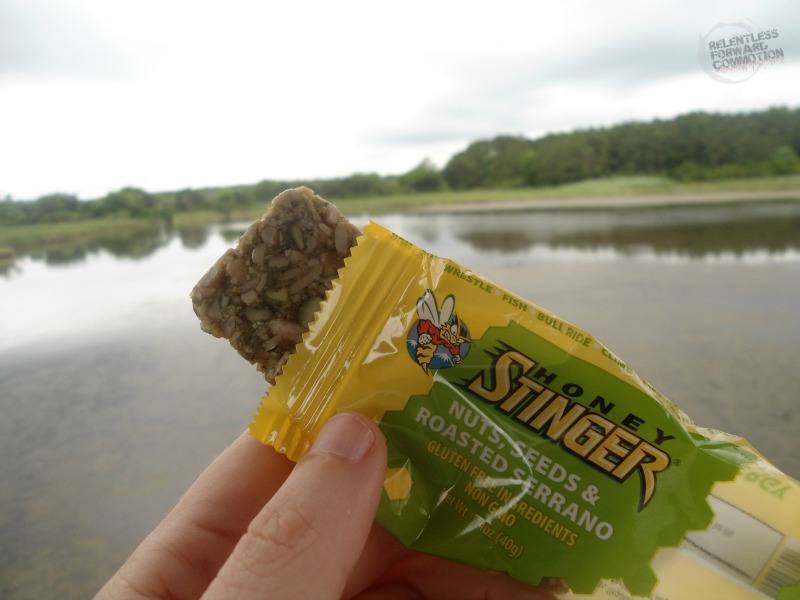 This nuts, seeds, and roasted serrano (pepper), made from non GMO, gluten free ingredients, features 7 grams of protein.  The flavor was indeed… interesting.  That’s my way of saying I wasn’t the biggest fan.  Hope, however, enjoyed it.

From what I gather, this app allows you to turn your mobile smart phone into a powerful handheld GPS unit.  And since it’s the year 2016 and we are almost all glued to our phones, this could be an incredibly handy feature if you find yourself lost…or simply wanting to explore. 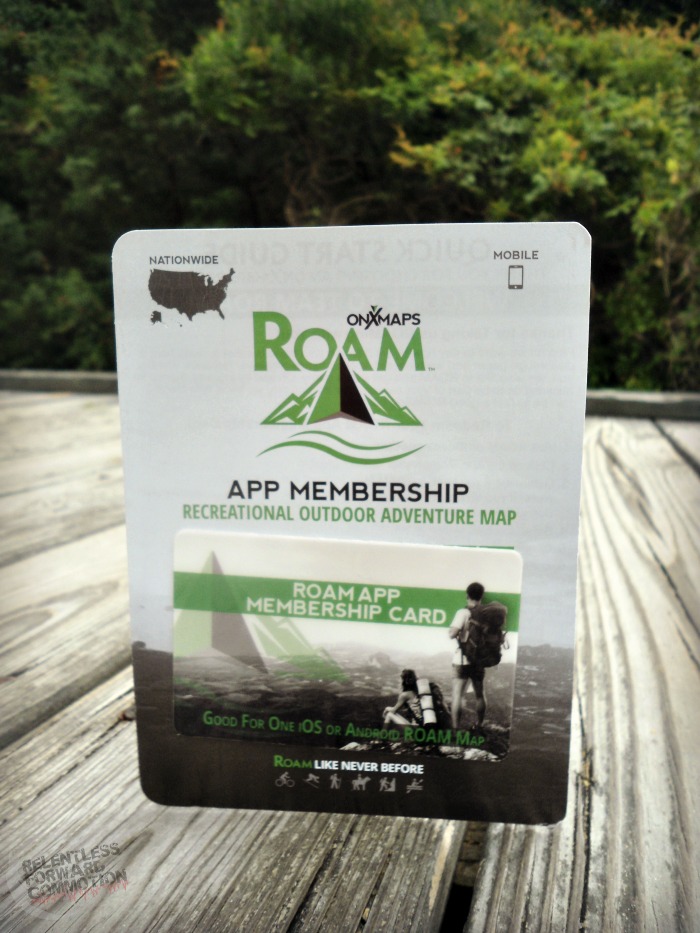 I’m not going to lie, I have a not so smart-smart phone with virtually no memory, and thus an app like this won’t download onto it.   But I bet it’s a pretty cool app.  That’s my review.  You can check out the specs HERE.

The May box contents would retail separately for approximately $51.68 (not even including the aforementioned discounts).  Your cost: as little as $22.00http://rwrd.io/x0d3zlc .  The amount of adventure you can have with these items?  Endless.

Now, if you remember LAST month, I offered a giveaway to one lucky reader to win a Cairn box of their own.  I forgot to announce the winner, but that’s OK…because the June box (which I’ve been lucky enough to get my hands on already) is the best one yet.   So without further ado:
a Rafflecopter giveaway

Congrats Melinda! There will be another giveaway coming up in the June review next week.  Stay tuned!