Reality check: not everyone has 24/7 access to gorgeous trails, stunning vistas, and endless miles in the fresh air.  Some runners battle things like less than ideal weather, childcare issues, or simply geographical setbacks (i.e. no trails to run on).  And therefore, they (we) sometimes have to  put in our training miles on a treadmills.

Do you know what makes those monotonous treadmill miles fly by?  Watching videos that allow us to mentally check out and pretend we are running on gorgeous trails, past stunning vistas, in the crisp, fresh air.   Hearing inspiring stories of people who have overcome hardships to finish races, or simply just had an incredible day that happened to be caught on video.

Or at least, that’s what works for me.

My first edition of 10 Motivational Trail & Ultra Running Films for Treadmill Distraction ended up being far more popular than I expected (I guess tons of you are also in the “pass the time on the treadmill” boat), so I’ve put together a second edition. 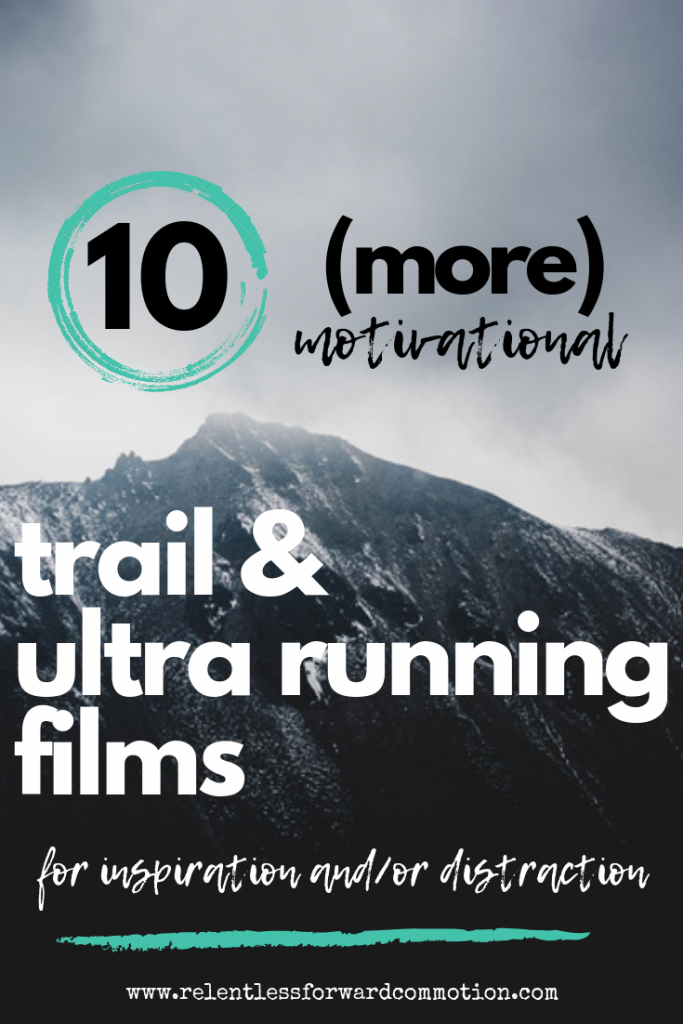 In this short documentary, Altra athlete Ben Light attempts to finish the Wasatch 100 Miler and the Tahoe 200 Mile Endurance Run back to back, in one weekend. If you want to see the dirty, brutal, raw side of ultra running, this is it. I can’t even imagine how tired this guy must have been, and was glad to see I’m not the only one that may or may not snap at my poor spouse, who was simply trying to get me to eat food, during some late night ultra running hours.

This is the latest film by Billy Yang, who does an incredible job documenting the true stories behind ultra running.  Dave Mackey, an elite ultra runner, lost his leg during an unfortunate and freak trail running accident.  Post amputation, Dave promises himself that he’s going to tackle the Leadman challenge: a series of 5 intense endurance races over the course of one year in Leadville, Colorado.  Warning: this one will make you tear up.

I’m kind of obsessed with this race, I won’t lie. Mount Marathon is a 5K held in Seward, Alaska.  Yes, “just” a 5K.  But I guarantee you’ve never seen a 5K like this before.  It’s definitely in the top 5 races I would love to run before I die.  Here’s a short video…

…but if you want a longer one, watch this:

and if you want an even LONGER one, watch this:

Yeah, I just gave you three separate documentaries about a 5K.  But it’s the most kickass 5K I’ve ever seen, so it deserves three shout-outs.

Altra elite runner Jeff Browning attempts to break the combined time record for Western States and Hardrock 100.  The views of both courses – unbelievable.  Definitely better than a treadmill.


Life in a Day

Life in a Day, another Billy Yang film,  follows four top women—Magdalena Boulet, Kaci Lickteig, Devon Yanko and Anna Mae Flynn—through their journeys at the 2016 Western States 100. Despite the fact that all four of these ladies are elites who have earned a golden ticket into the race, many of the stories and struggles they share are 100% relatable.  Another tear jerker, keep tissues handy.

Watch this one simply for the views. Holy cow, that’s one green forest!

Want to hear the story of how 100 mile races “came to be” from the man who started it in the first place?  Let Gordon Ainsleigh tell you himself.

Running on the Sun (Badwater)

Come for the awesome footage of 90’s shoes and running gear.  Stay for the incredible inspiration of the athletes followed in this nearly 2 hour documentary (great for a long run!)

Because why not.  Quote of the movie: “It’s hard chasing an ass up a mountain side, I tell ya!”

Stay tuned for another post in the future with more videos!

Do you have a favorite trail or ultra film or documentary? Comment below, so I can check it out!