On January first, I wrote out the obligatory list of things I hoped to do in 2018.  Some of the goals on this list are easily obtainable with a little bit of focus; some of them are a significant stretch.  Reach for the stars, right?  Sandwiched in the middle of the list between the easy and outlandish to-do items,  there are a number of goals that I know deep down I can achieve, if I truly bust my ass.  I made the list and my goals clear and concise, then folded up the piece of paper and tucked the list into a pocket in my 2018 planner.

At the time, I had finally begun to rediscover my passion for writing, after taking over a year off in a creative sabbatical.  To further encourage that passion and push myself out of my comfort zone, my 2018 goal list included wanting to have articles I’ve written published on two specific trail running websites.  One is a big publication, both online and in print, the other a smaller blog comprised of some really badass, inspirational women.  If you were to ask me where on the list I would rank these two writing goals, towards the “easily obtainable” or “in your wildest dreams, Heather” end of the list, I’d answer the latter.  For both.   Not because I necessarily doubt my writing skills…but because I don’t live in the mountains, and therefore wonder if I’d be considered a “real” trail runner.

Yes, you read that right. 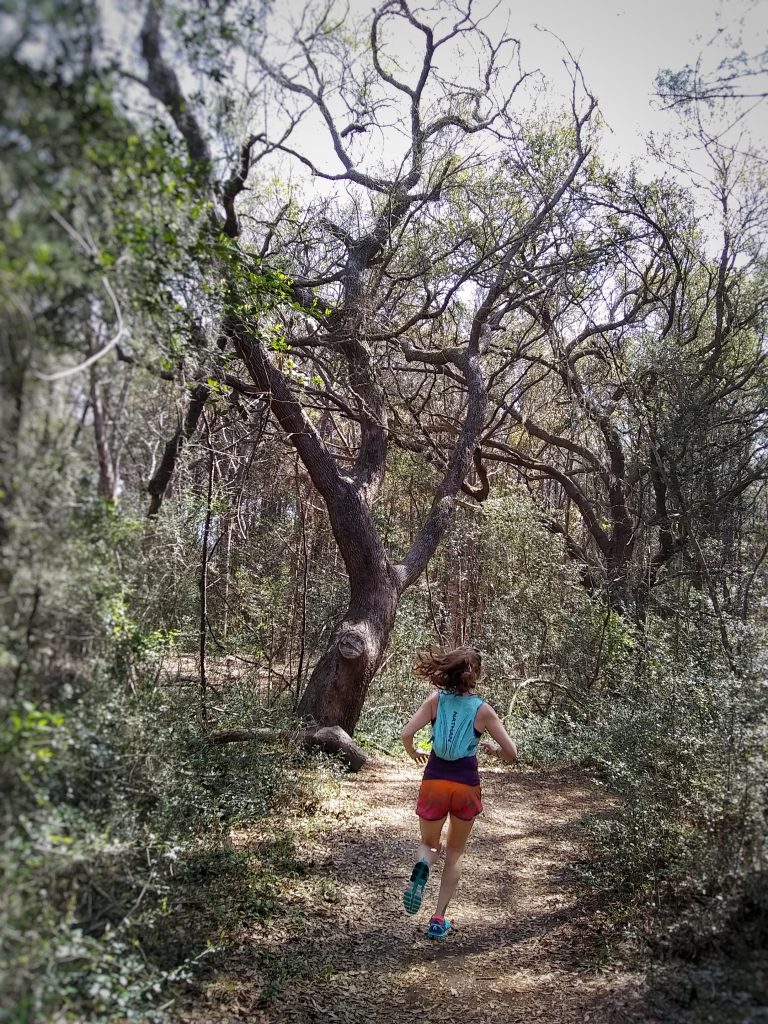 There are a million things in this world that society expects me to feel inadequate about, especially as a woman, a mother, and a professional in the fitness industry.  362 out of 365 days of the year, I do not have visible abs.  And even if I did, they are covered in a plethora of excess skin.  My chest? Real. And small. Really small, in fact.  I’ve never qualified for the Boston marathon…and I don’t have much of a desire to either.  I don’t have 100,000 followers on Instagram and I drive a 12 year old car.  My house is definitely not Pinterest worthy, and I am a disaster in the kitchen.  Society considers so many of these things representative of “less than” ideal.

But none of that phases me.

Instead the one thing that currently inhibits me from confidently chasing down some of my goals is the feeling that perhaps my contributions to the trail running world as both an educated professional and enthusiast are not as worthy as they could be… because I live at sea level.  Because I’m not training on the steep peaks of Chamonix, the high desert of the Sierra Nevadas, or hell, even the wildly rocky and technical terrain of the Green and White Mountains.  Instead I’m training on trails that look like this, for miles and miles and miles. 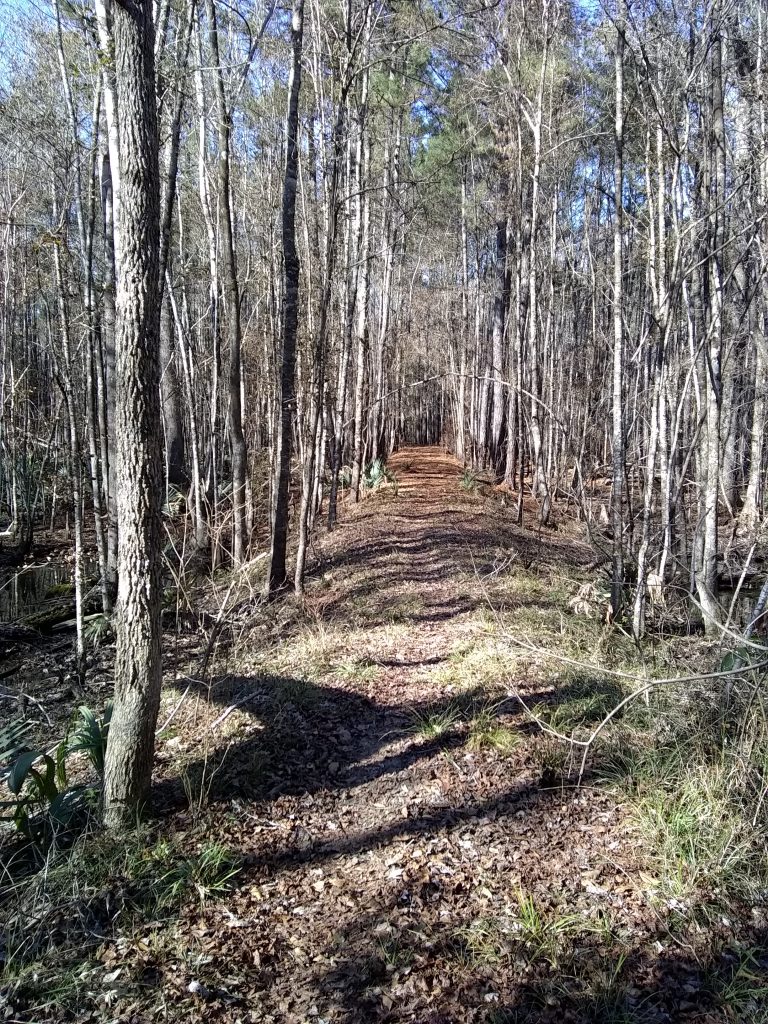 Go ahead and laugh…I’m laughing with you.  Writing it all out makes me realize what utter bullshit that thought process is, and what a “first world” problem this is to concern myself with.   It truly is pretty silly.  But athletes, Type-A runners in particular, tend to play the comparison game.  Who trains harder?  Who is stronger? Who braves the harshest conditions?

I know the comparison game is nothing but a trap.

For that, I’m sorry. 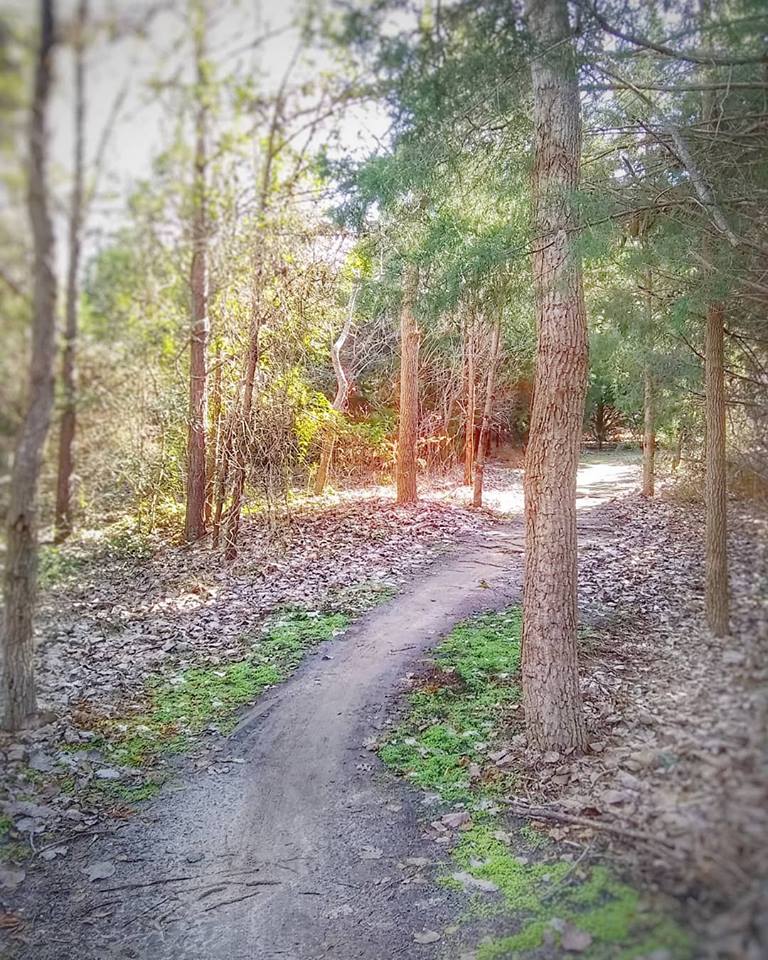 Because the reality is while we may not be running up 14’ers, there is plenty that sea-level runners, especially those of us living in the coastal Carolina/Lowcountry area, deal with that make us just as badass in our own right.  Sure, our GPS might only read 200 feet of elevation change over a 50 mile run, but that doesn’t mean we don’t have our own versions of extreme challenges, nor our own versions of suffering that we hate to love, and hate to love.

100+ degree days will roast you from the outside in and leave your head throbbing.  95%+ humidity that will bring you to your knees as you gasp for oxygen.   But do you know what’s even worse?  A combination of the two, for 3/4 of the year.

Welcome to summer (and spring and fall) in South Carolina.

Yes, from approximately March until November, chances are the temperatures will soar into the 80’s or above, and the moisture level in the air will be high enough to make you wonder if you are in the Carolinas or the jungle (they might as well be the same thing).  Those of us residing and running in the South will often say we’ll “run early” or “run after the sun goes down” to avoid the heat, but I’m pretty sure we are just saying that to trick minds…because it never actually cools down. 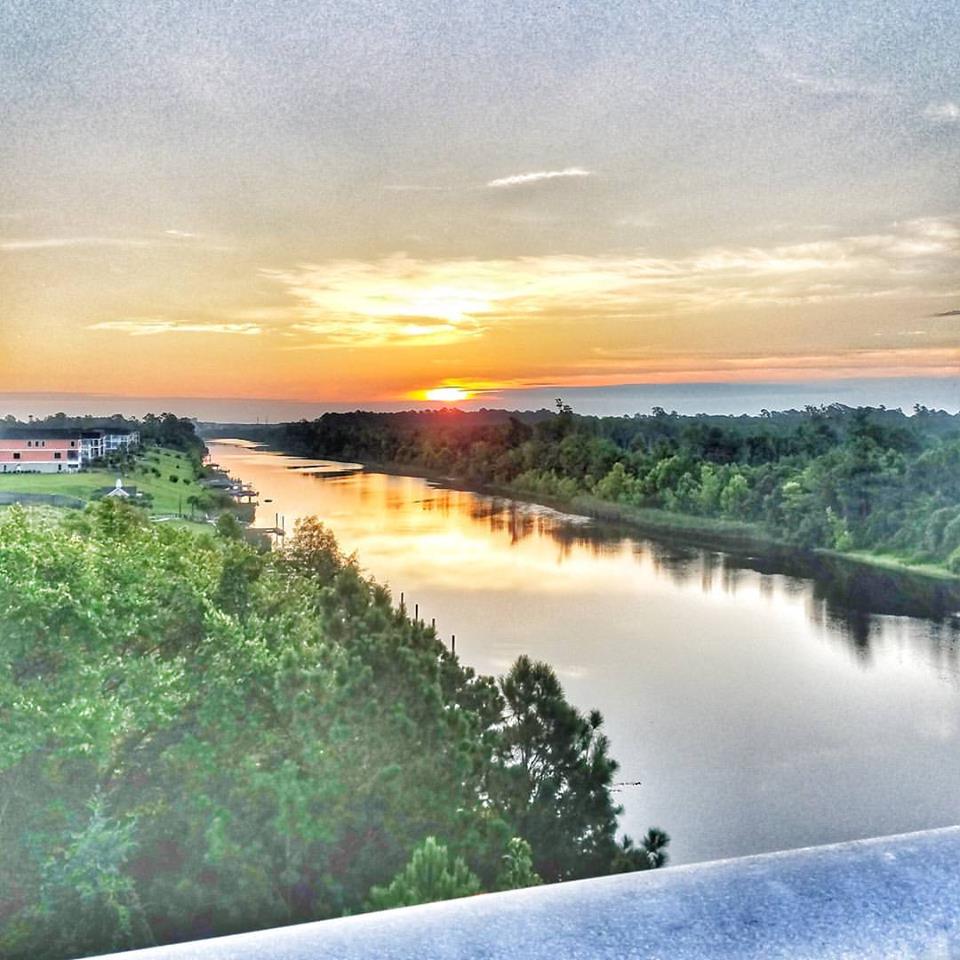 But it’s not all in vain: two summers ago, Geoff and I discovered that training for high altitude running during Myrtle Beach summers was actually successful, because in both cases, you can’t breathe.

Nature is trying to kill you.

Copperheads. Water moccasins. Black Widows. Brown Recluse.  And don’t even get me started on the plants.  Poison ivy, oak, and sumac.  Sawgrass that will slice you so deep you’ll require stitches.  Stinging nettles that feel like a jellyfish is relentlessly slapping you in the thigh.  Vines with thorns the size of your big toe.  Mosquitoes and horseflies that not only want to suck your blood, they want to eat your soul. 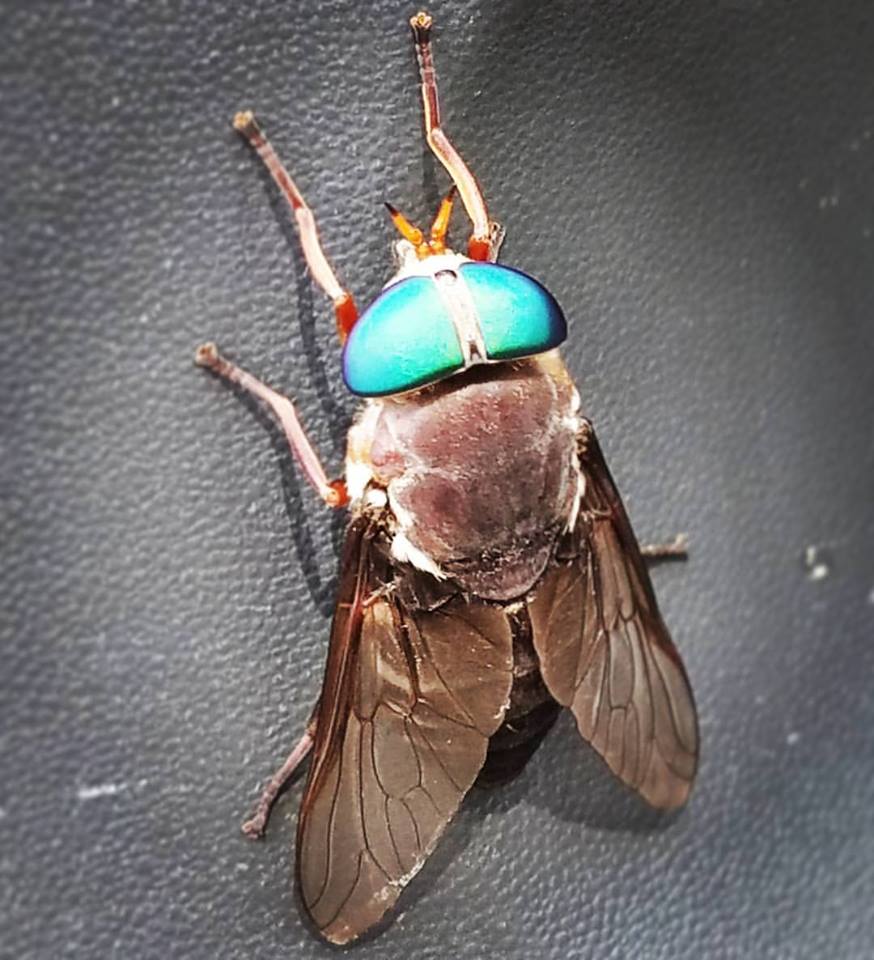 Practically actual size. Taken on a car at my local trailhead.

Oh, and let us not forget the alligators and 200+ lb angry, aggressive wild boars.  Of course we’ve got your standard black bears, bobcats, coyotes, and a million other varieties of snakes…but those guys tend to keep to themselves.

Then, there’s the *technically* non deadly animals that may try to kill you anyway, by giving you a heart attack when you stumble across them.  Like the palm sized banana spiders that like to build their nests at face level across the trail.  My advice? Don’t try to pet anything. 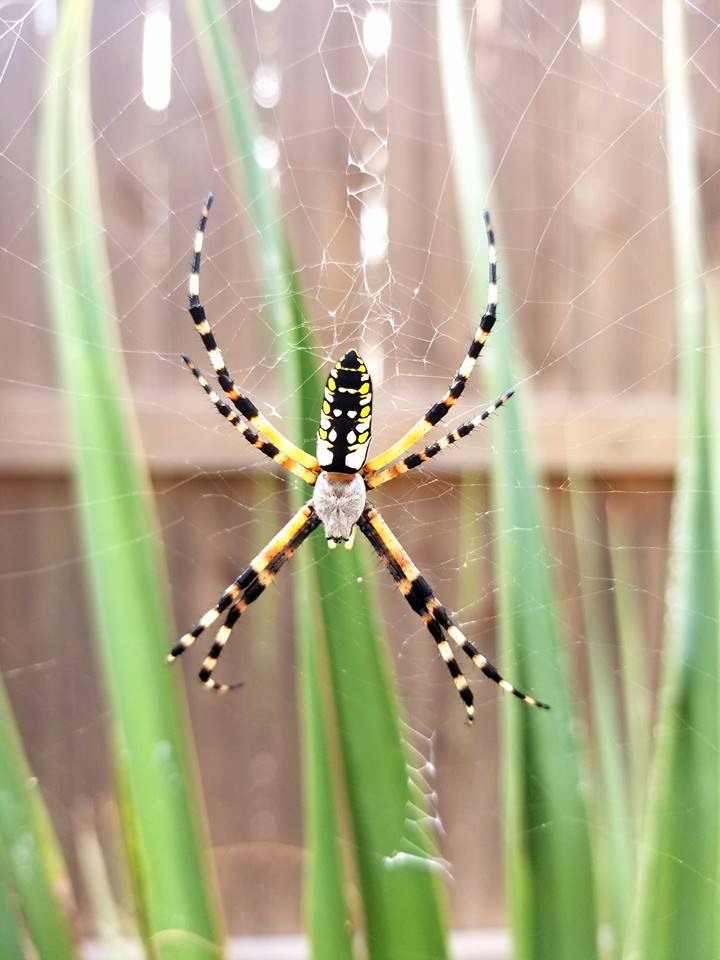 Have you ever run a mile on a trail that does not change in elevation nor direction? I have. It’s like a treadmill, but you’re outdoors…and there are wild boars.  How about bridge repeats on the side of  a very busy overpass,  because it’s the only thing resembling an incline in a 50 mile radius? 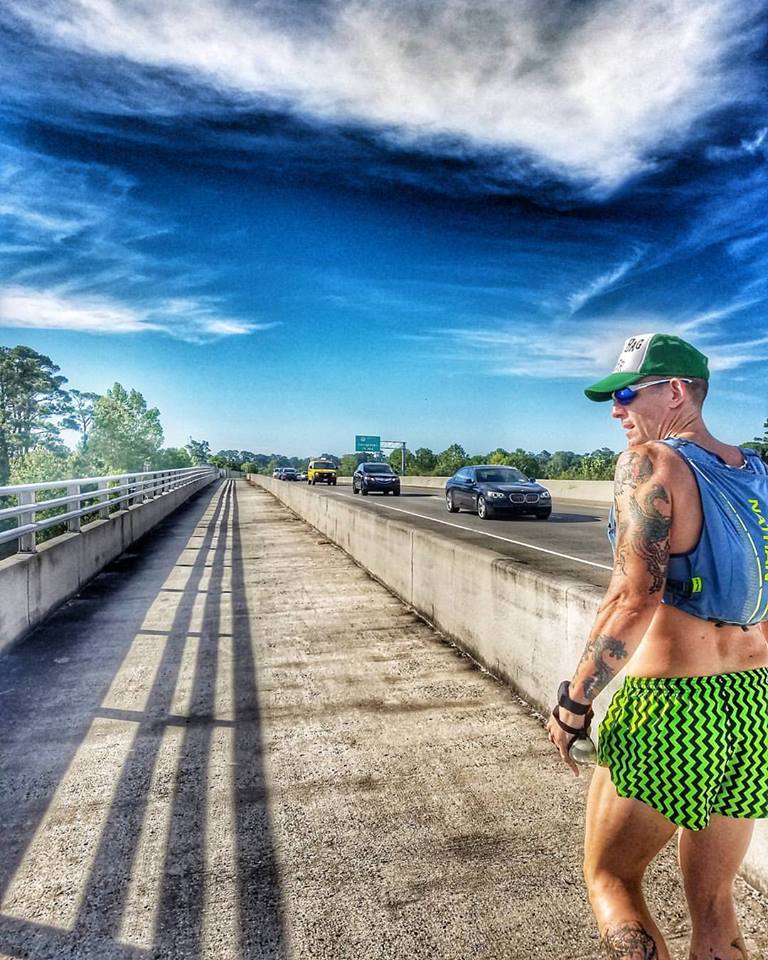 Further, here in Myrtle Beach, our one single track trail consists of 6 miles of winding switchbacks.   You can throw a rock at any point in the trail and practically hit the perimeter of the park property, because this tiny slice of heaven is sandwiched between the ever growing suburbia.

People vacationing to the beach often have the novel idea that they will go for a sunrise run on the seashore.  It usually only takes about a quarter mile or so to realize that running on the sand is actually really hard.  Now, imagine that the majority of your local trails are covered in that slippery, ankle twisting, calf burning sugar sand. 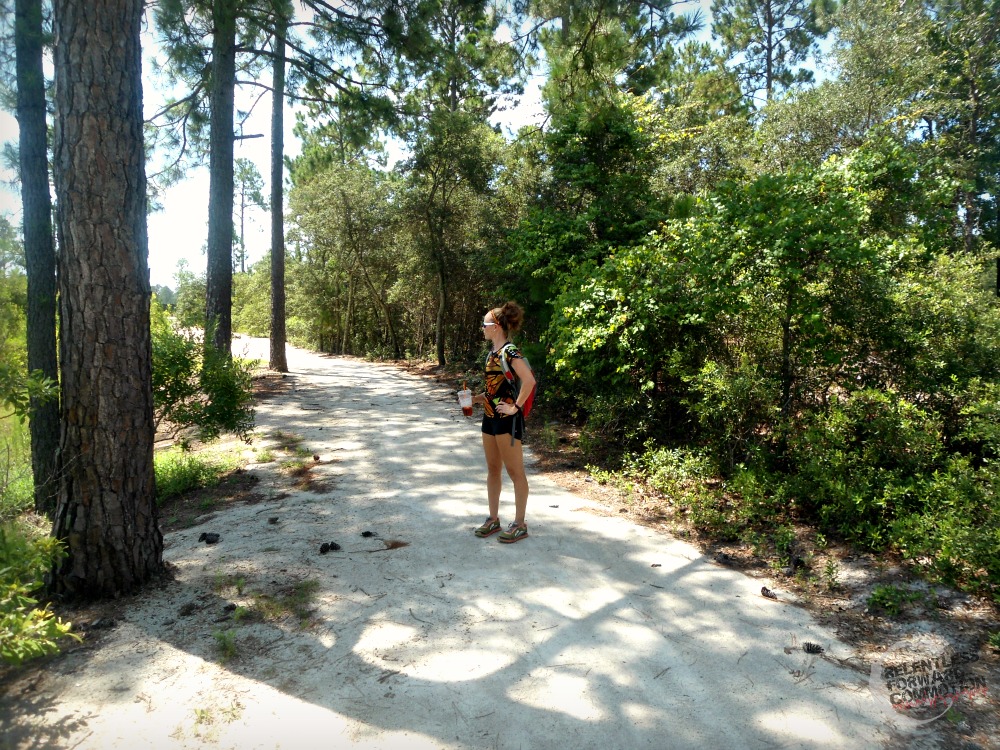 Despite the lack of climbing. Despite the heat.  Despite running in circles over, and over, and over again.  Our runners will show up to the mountains, the deserts, hell even the snowy tundra, where we may be underprepared and quite literally out of our elements…but we’ll race anyway. 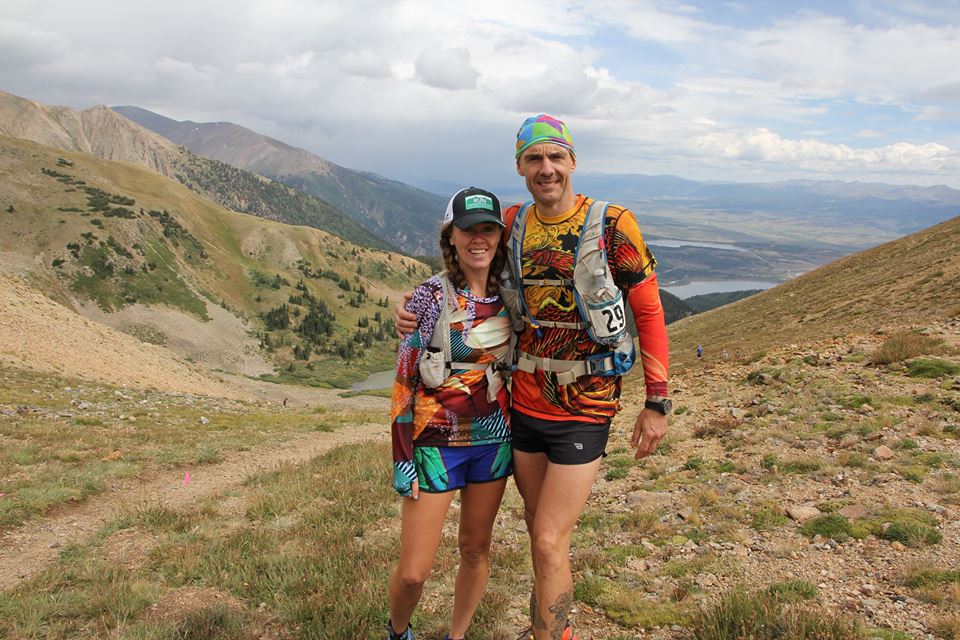 So, here’s to those who face gators, heat warnings, and devils walking sticks.  To those who fearlessly jump copperheads and run in circles because it’s better than no trail at all.

Hell, here’s to everyone simply getting out there, no matter where you are, no matter what your limitations are.  Because at the end of the day, whether you’re at 12 feet or 12,000 feet, one thing remains the same: the undeniable love of running that unites us all.

P.S. acknowledge your ridiculous, yet real, insecurities. Then blow them out of the water.